Playwrite and author Arthur Schnitzler had a special relationship with music, not least, because many of his famous texts were turned into musicals, operettas and even operas, not to mention films such as the successful La Ronde/Der Reigen from 1950, for which Oscar Straus wrote the title melody. Here, now, is a book of essays dedicated exclusively to the topic of Schnitzler and music. 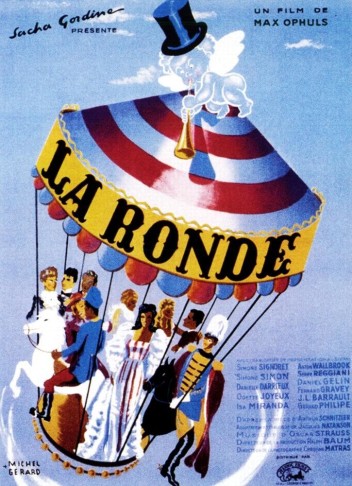 14 texts in this book examine Schnitzler’s relationship to music, ranging from chamber music performed at his home in Sternwartestraße to his opinions on opera, his remarks on musical life in Vienna (including Gustav Mahler), operas based on Schnitzler such as Der grüne Kakau (1956) or musicals like Hello Again (1994) by Michael John LaChuisa. But the most interesting essay from an operetta perspective – and actually one of the best essays in the book – is Marion Linhardt’s detailed account of Schnitzler’s forays into the “Wiener Operettenszene.”

Oscar Straus wrote an operetta called Der tapfere Kassian for which Schnitzler adapted one of his texts personally. But the most important shows here are various versions of his Anatol plays set in the old fashioned world of pre-WW1 Vienna, chronicling the adventures of men-about-town and their dealings with “süße Mädels”, i.e. sweet girls who are prostitutes or at the very least “kept women.” Heinrich Reinhardt composed the most successful of these operetta adaptations, Das süße Mädel, based on a libretto by Alexander Landesberg and Leo Stein. (Yes, the Leo Stein.) It premiered in Vienna in 1901 and has a huge hit. 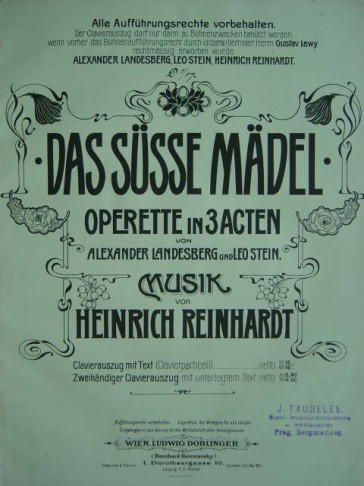 Cover of the score for “Das süße Mädel,” the operetta by Heinrich Reinhardt.

Reading Linhardt’s profound analysis of Das süße Mädel you wonder why this fascinating show has dropped out of the repertoire, while the comparable Wiener Blut and Der Opernball have not? Linhardt gives an extensive plot summary, background information, historical quotes, dialogue examples and just about everything you need to know about Das süße Mädel. In short, getting this book – edited by Achim Aurhammer, Dieter Martin and Günter Schnitzler as part of the “Akten des Arthur Schnitzler-Archivs der Universität Freiburg” – is worth for Lindhardt’s essay alone.

Sadly, the later essay by Wolfgang Jansen on the Schnitzler (Broadway) musicals is not anywhere near as detailed or exhaustive. It does, however, offer a good overview of what there is, i.e. shows such as The Gay Life (1961), also based on the Anatol plays, 1968s Rondelay based on Der Reigen, Romance Romance (1987/88) based on Schnitzlers Die kleine Komödie and Das tägliche Brot. And then there is LaChiusa’s Hello Again which starred Donna Murphy and re-set Der Reigen on a larger historic scale, ranging from the early 20th century to the 1990s. While Linhardt’s essay spreads over 25 pages, Jansen’s only takes up 12 pages. That gives you some idea of the different scopes.

Let’s hope the operetta world will take note of this publication, because Das süße Mädel certainly awaits a re-examination on the stage. And obviously, Oscar Straus’ La Ronde waltz is one of the most glorious final compositions ever, homage to a bygone era, perfectly integrated into the Max Ophüls’ film from 1950.