A new recording from Bru Zane? After their tremendous job with La Fille de Madame Angot, I am all agog. What is it to be? They are deliciously inclined to be adventurous …

The moon as seen by Ganapathy Kumar. (Photo: Unsplash)

Well, they have been adventurous. A full-scale recording of an Offenbach score which, until recently, I didn’t know had been recorded at all. The Gaîté spectacular féerie Le Voyage dans la lune which, in its time, went around the world.

When, in 1990, I put out my Musical Theatre on Record, covering (as I thought) every recorded musical and operetta of the vinyl era, I was unaware that there existed a 1961 disc of a French radio broadcast of a large selection from Le Voyage dans la lune. Well, if there wasn’t in 1990, there is now, and I’ve listened to it with pleasure. All the main vocal pieces are there, performed by two great performers of the French 1960s – Claudine Collart, whose Eurydice remains one of the most outstanding on record, and Michel Hamel. But. The music was written for two sopranos. So, while Hamel is as brilliantly French-tenorious as ever, and it is a joy to listen to him and Collart singing the merry music of the score to Le Voyage dans la lune, we are not strictly hearing it ‘as she was writ’. I see, as I prepare to listen to the new recording, that Bru Zane have remedied that, and that the music written for Zulma Bouffar is sung by a (mezzo?) soprano. 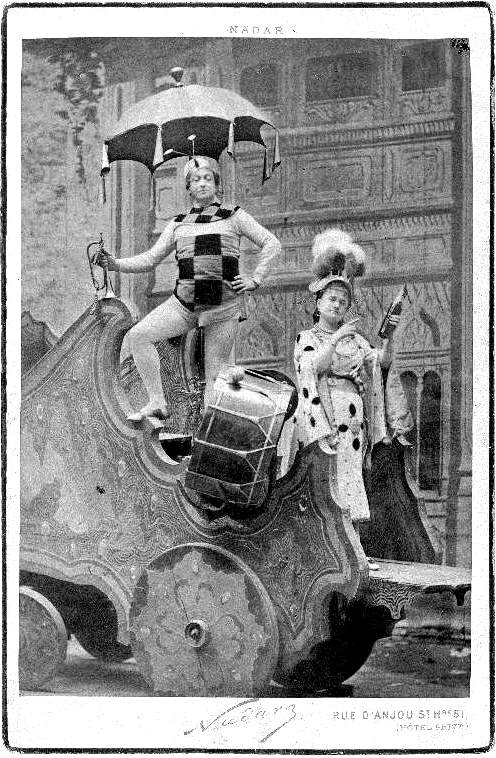 The score of Le Voyage dans la lune is (like that of Le Roi Carotte) of a different kind to those of the well-known opéras-bouffes of the Offenbach canon. Because this is not an opéra-bouffe. It is a féerie, in the well-established genre of Rothomago, La Biche au bois, La Poule aux oeufs d’or and so many other enduring Paris hits. No burlesque here, everything about the production is subservient to the physical staging, the ballets and the special effects. And, boy, did the Parisians of that time know well and truly how to do ‘spectacular’. So, we have a Rocket to the Moon, an exploding volcano, the glass palace, the mother-of-pearl galleries and, most successful of all, a snow scene with a ballet of swallows …   all that and some typically tuneful Offenbach music … promising? But it’s tough, for on disc we have the music without the visuals …

Well, having prepared myself by a quick re-listen to the 1961 recording here I go on the 2022 full-scale one!

Right. Three hours later. Congratulations Bru Zane and all those concerned. A very valuable and enjoyable double-disc. We now have a complete (apart from the various Popotte-Thérésa interpolations) Le Voyage dans la Lune to range on our shelves among the growing ranks of ‘intégrales’. 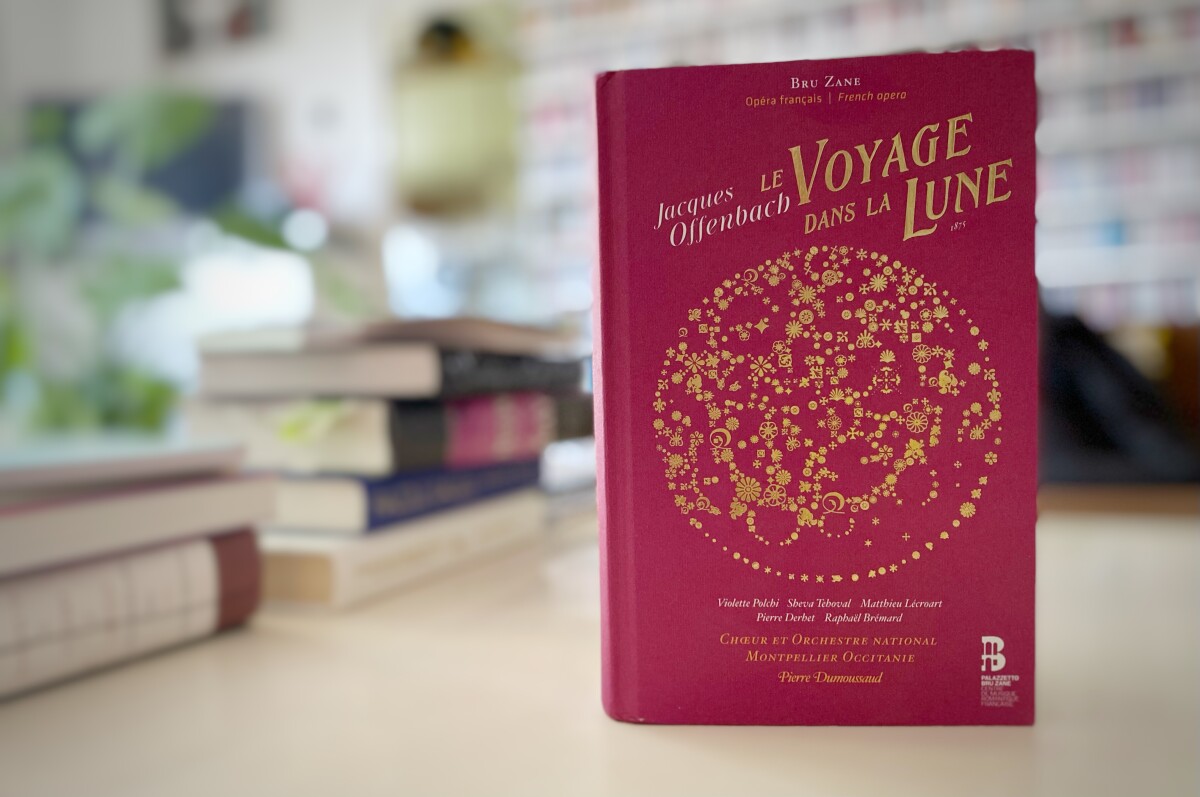 The problem with intégrales, in general, for pleasing listening as opposed to reference, is that you get all the bits of scene music and chorus exits and entrances in between the Bits That Matter. And in a féerie, there are lots of incidentals. I know the ballet music is pretty, but it is there merely to accompany the nearly-naked legs-display of a hundred little girls, and seems rather insignificant without them. Etcetera. 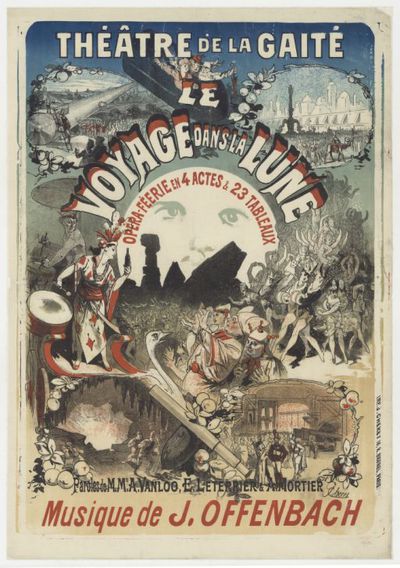 The other problem is the age old one of actors who can’t sing, and singers who can’t act. Bru Zane’s casting (as in Angot) has avoided this one splendidly, but … in one case we have an important artist who acts deliciously, sings splendidly … but in two different voices. It means that you are listening, in a way, to two different performances.

Well, those are my only grumblettes. And they’re, in general, not really about this recording, but about intégrales as a concept. And of course, they are most particularly relevant in a record of a show where the number one attraction is the visual rather than the musical side. A dimension is lacking.

Bien. The orchestra under Pierre Dumoussaud is splendidly and intelligently supportive of the singers and gets its go in the rather dreary overture (not helped, to English ears, by its resemblance to ‘Away in a Manger’) and the ballets.

The dialogue is excellently done, and actually makes me cease to regret its presence. The diction is clear, unaccented … perfectly directed. And King V’lan (Mathieu Lécrorat, the Larivaudière of Angot) is just (again) superb. 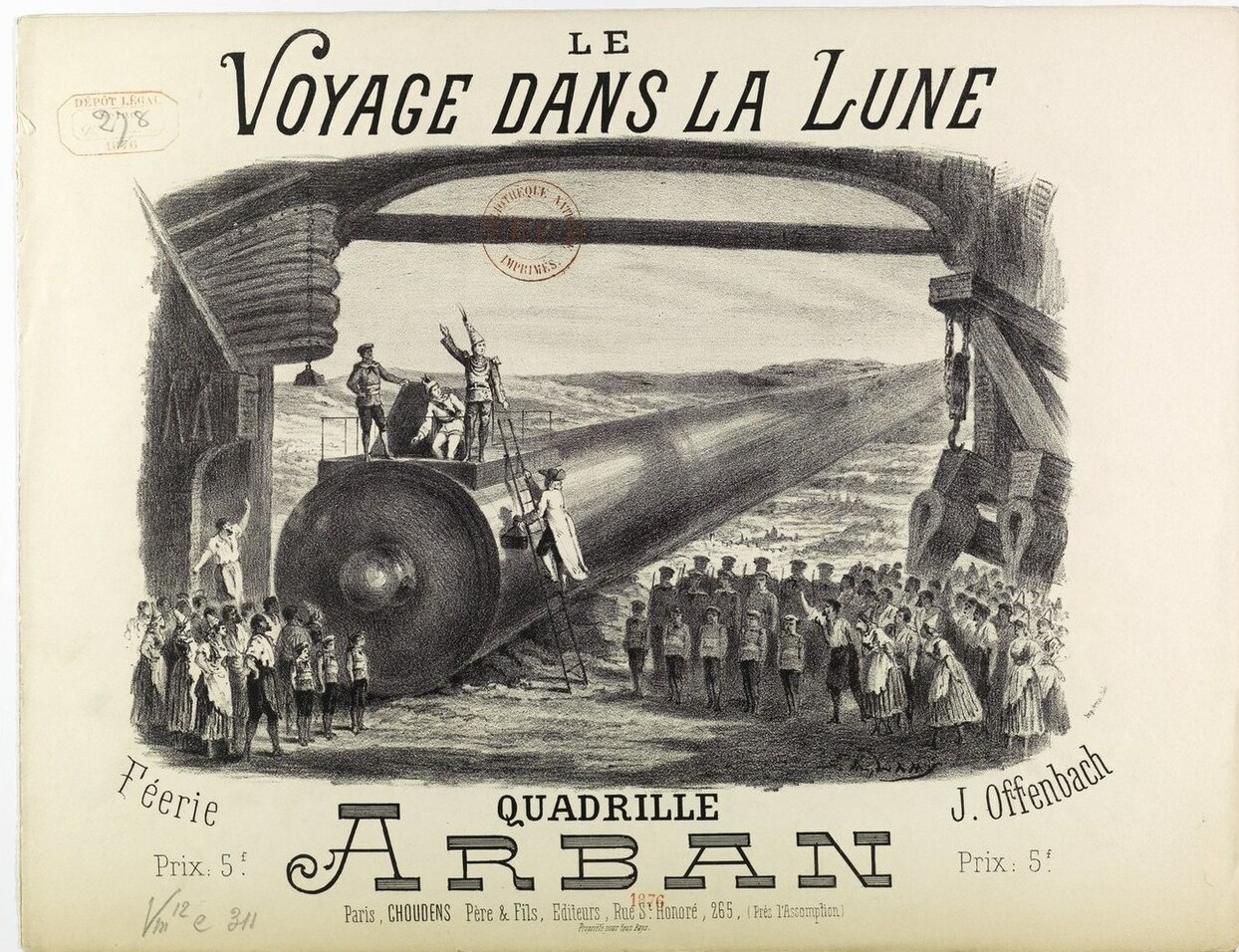 So, we come to the singers and the songs. The songs include some gems. The big hit was the Ronde des Charlatans, led by Mlle Bouffar (Caprice) to first-night hurrahs. The jewel, for me, is her/his first-act ‘Papa, je veux la lune’. There is a bit of padding in Act 3, and somehow extra songs were stuffed into the score for the saucy diva of the halls, Thérésa … but, over all, the solos for Caprice and Fantasia are the overwhelming features of the score, in the good old fashion of the féerie. Now we sing, now we dance, now we look at the scenic effects. Mostly, in turn.

The ladies cast on this recording do a fine job. Singly and together. My favourite track here was the Duo des Pommes, where, evenly matched, they caracoled along wonderfully in partnership.

Caprice (Violette Polchi) caused me a little problem initially. He/she squealed ‘Papa’ in such spunky, characterful tones, and then came his/her show-topping song (‘Papa, je veux la lune’) and … out came this rather covered mezzo voice. I’d re-record this track. She subsequently loosens up, lightens up, the waltz is delightful, and when she gets into the quick music and the famous Charlatans number with its big bass drum he/she is full-stop fun with the palate floating free and the melodies zinging out wonderfully. 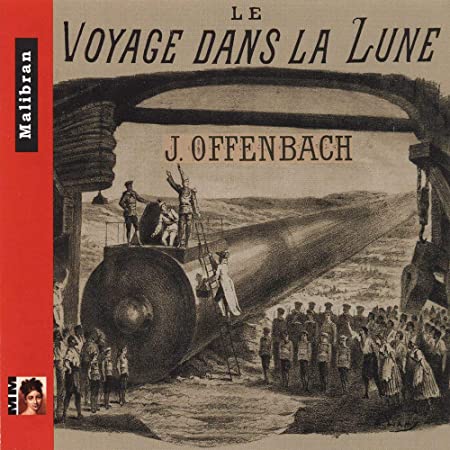 I was nervous about Fantasia as her entrance drew nigh. I mean, after the quasi-perfect Claudine Collart. But lo! Sheva Tehoval made a simply delightful job of, in particular, ‘Je suis nerveuse’ and scored a real winner with Ms Polchi in the duet. Just shows you, we have as grand singers in the 21st century as in the last two! But you’ld have to bash me over the head to make me renounce les Liliane Berton, Lina Dachary and Collart …!

In summary: If I want a fix of Lune, for a half-hour’s enjoyment, I’ll press Claudine and Michel’s button. If I’m being ‘serious’ your recording will do me very finely indeed. Thank you.

Keep going Bru Zane …! More, more, more of these … would you dare a Cent Vierges or … chuckle!