The history of Die lustige Witwe has fascinated us, here at the Operetta Research Center, immensely over the past months. Who were the original interpreters around the world? What did they sound like? And how were they fundamentally different to any Hanna Glawari or Prince Danilo we hear and see today on operatic stages? So it was particularly interesting to receive a message from Kurt Gänzl about Constance Drever who was a famous French Veuve joyeuse. Here is Mr. Gänzl’s biographical sketch of Miss Drever, born on 19 September 1879 in Madras (India). 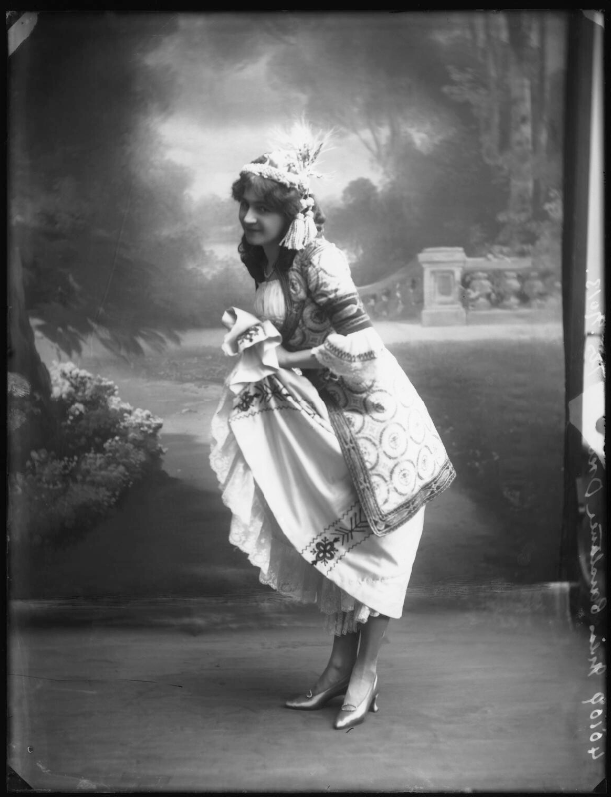 Miss Drever, who had studied voice on the Continent, made a dramatic first appearance on the musical stage when she was promoted at the very last minute, from a minor rôle, to the star part of Kenna for the opening night of Edward German’s A Princess of Kensington (1903), in place of ailing prima donna Agnes Fraser. She subsequently worked for a period on the concert stage, returning to the theatre to tour in the comic opera Amasis (1907), and then to take first over from Elizabeth Firth as Natalie (i.e. Valencienne), and later in the star rôle of Sonia (ex-Hanna) in George Edwardes’s production of The Merry Widow at Daly’s Theatre.

After an appearance at the New Theatre in the title-rôle of a revival of Dorothy, she went to Paris and there created the part of Missia (ex-Sonia, ex-Hanna ex-Die lustige Witwe), otherwise France’s La Veuve joyeuse, with enormous success. Her performance left such a mark on the piece and the rôle that for many years the star rôle of La Veuve joyeuse was – decidedly curiously, given the plot – obligatorily played in France with a strong English accent. 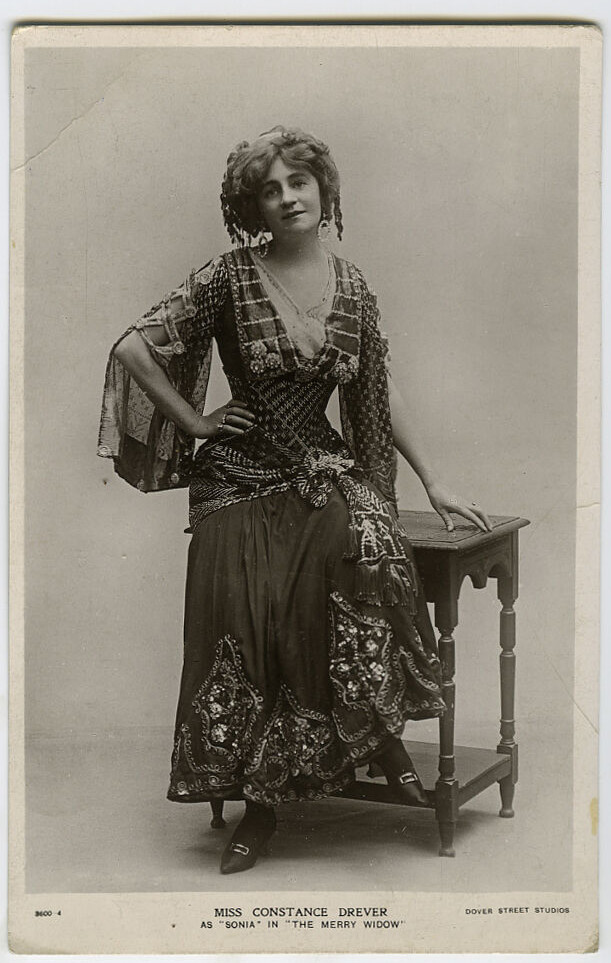 Back in Britain, she introduced ‘My Hero’ to Londoners in the rôle of Nadina in the English version of The Chocolate Soldier (1910) and she then moved on to star as Rosalinde in a remake of Die Fledermaus called Nightbirds (1911), as Lizzi Flora in Straus’s short-lived The Dancing Viennese (Eine vom Ballet, 1912) at the Coliseum, as Tatjana in Kerker’s Grass Widows (1912) and, in succession to Gertie Millar, as Lady Babby in the rewritten Zigeunerliebe (Gipsy Love, 1912).

After making her music-hall début at the Coliseum, she thereafter spent much of her time singing on similar programmes and she played out the last decade of her career as an actress and vocalist on the variety stage.