It’s always a special treat to see new – and interesting – people coming to musical material that some consider ‘old fashioned’ and ‘out of touch’ with current political (or cultural) debates. As it turns out, it all depends on who sings it, and where and how. Here is Atrin Madani, a “German jazz singer with Persian roots” (as the official press release says) getting ready to present a program of Songs from the 1920s-40s. Together with Russian pianist Andrey Vinichenko. 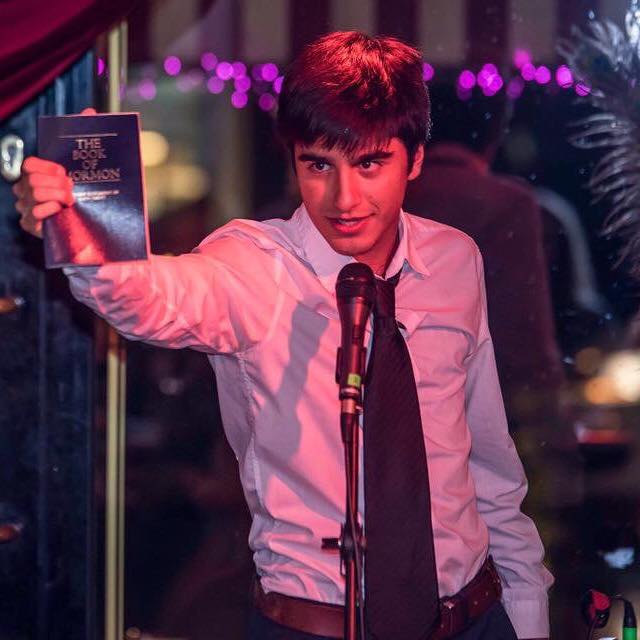 Atrin Madani performing selections from “The Book of Mormon” in Berlin. (Photo: James Rea for Artists in Berlin)

Madani’s family left Iran in 1979 before the revolution, he was brought up in Berlin-Schöneberg where he came into contact with the distinct history of the area, ranging from Christopher Isherwood’s Goodbye to Berlin novels to today’s aggressive discussions about “refugees” and “racism” in German society. Madani moved to Dresden recently to study jazz at the Hochschule Carl Maria von Weber. But he’s back in Berlin on December 30 to sing anything from “Embraceable You” to “Speak Low.” There are also some early Tonfilm operetta hits like “Irgendwo auf der Welt” by Werner Richard Heymann.

Madani sang at the garden concert of the German president, Frank-Walter Steinmeier, this summer, looking like an update of Sam Sparro (“Paradise People”) with his slick mustache. He also performed as a soloist at the Philharmonie in Berlin. So he’s no inexperienced amateur, despite his youth. And that’s quite a wonder, to witness such a naturally charismatic stage personality unfolding and developing. I confess, I’ve seen Madani perform many times over the years, and if there ever was someone to keep an eye on – he’s it! 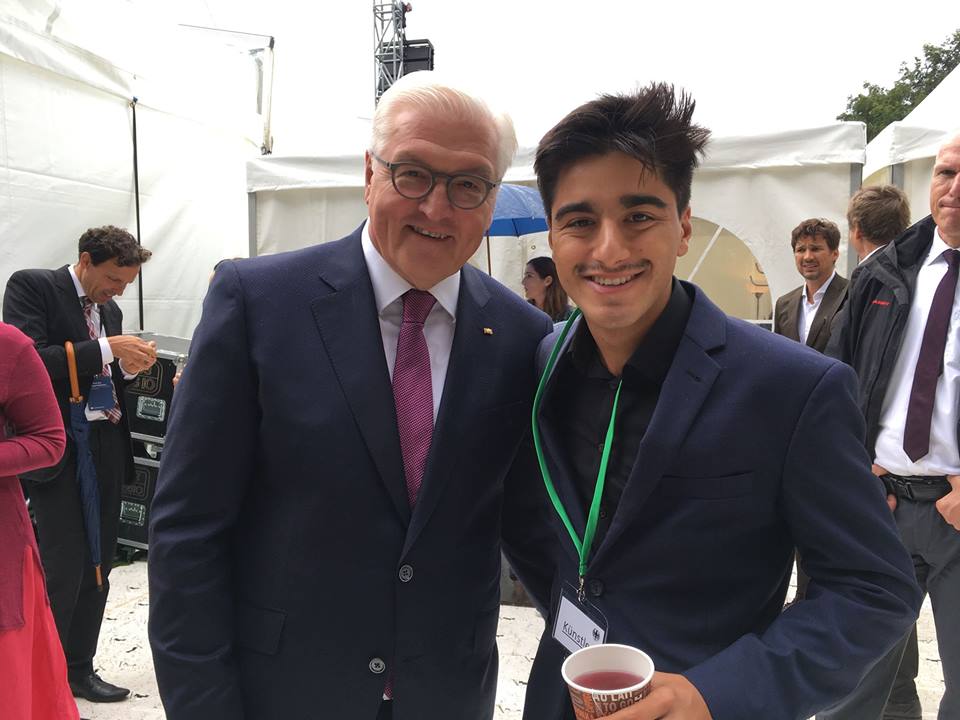 He was part of a lecture tour, in which Hans-Jürgen Schatz read from the Isherwood novels and Madani sang music from Kander & Ebb’s Cabaret, together with Sophia Euskirchen who later starred as Sally Bowles at Tipi am Kanzleramt. The three of them will reprise this Isherwood reading in March 2018 at Berlin’s Renaissance Theater.

The December concert is at PRIMOBUCH, a book shop in Berlin. Not the flashiest of operetta locations, maybe. But as someone said a long time ago: to give operetta new life, you have to take it out of its routine settings and bring it to new locations with new people who offer new interpretations. 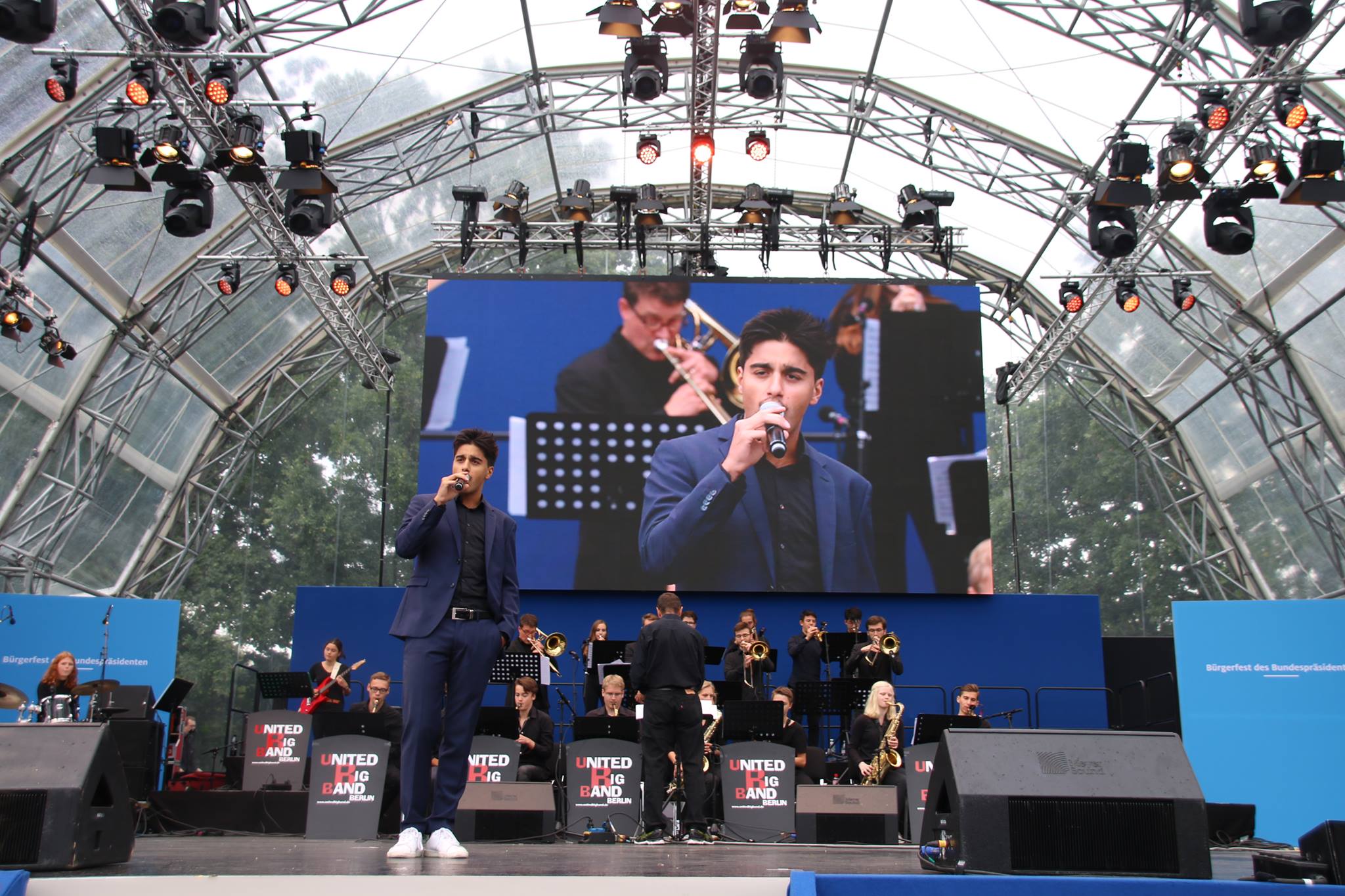 If one thing is sure, Atrin Madani will offer something very different than Klaus Florian Vogt with his December operetta concert at the Deutsche Oper Berlin, which was so old fashioned and boring that it almost killed any joy one might have with the famous Léhar and Kálmán tunes from Land des Lächelns and Gräfin Mariza. Two 1920s shows with strong male leads.

Madani goes down a different path, closer to what is currently happening at Gorki Theater with Alles Schwindel or at the Komische Oper with Märchen im Grand Hotel.

To have a jazz singer of Persian origin tackling the music of people who once had to escape Germany (such as Heymann and Weill) is poignant. And wonderful. And it’s a more worthwhile contribution to the current operetta revival than having Christian Thielemann present UFA hits at the Dresden New Year’s concert that have a notorious Nazi flavour: music critic Manuel Brug recently published an outraged article about this, complaining about songs included in Dresden that were once performed for SS troops.

Just in case this isn’t clear already, I very much prefer the Madani way. Better still, I hope there will soon be a recording of Madani and Vinichenko. After years of Max Raabe almost exclusively claiming this material for himself, it’s high time for a different (and additional) way of handling this repertoire. To move things forward into a new era. Bringing operetta and Schlager music together with literature and a book shop is not the worst way to go about it.