You might have heard of the – highly informative and entertaining – blog Barihunks. It’s dedicated to hunky baritones who like to show off their rippled bods. In most cases, the posts feature singers in opera roles, from Billy Budd to Pearl Fishers and Don Giovanni. But today, Barihunks is actually presenting a singer with an operetta background. 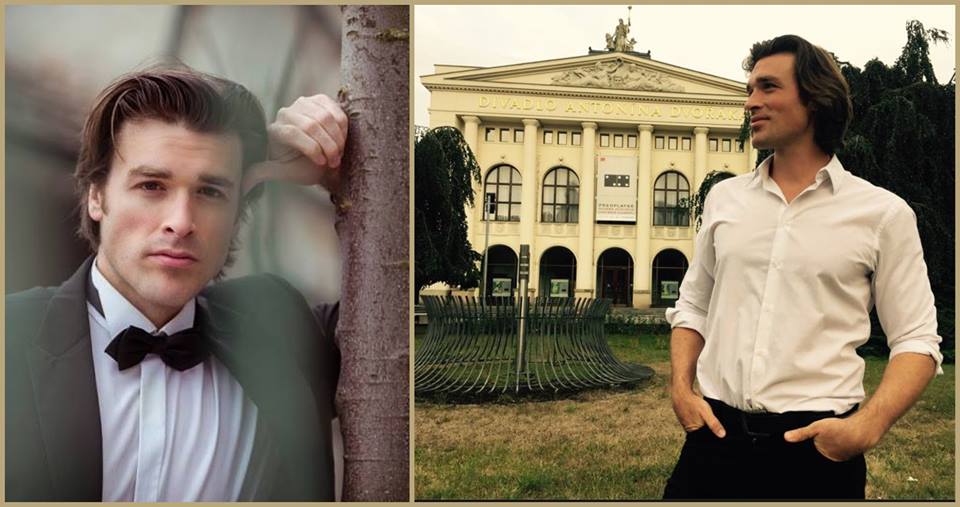 The visually refreshing man in question is the Austrian baritone Thomas Weinhappel. While the Barihunk post is about Weinhappel’s upcoming performance of Ambroise Thomas’ Hamlet at a gala concert with the Ostrava Nationalorchester in the Czech Republic tonight, he is presented with a video clip of the “Werberlied” from Strauss’s Der Zigeunerbaron, a performance from the Sommerarena Baden in 2009. Let’s just say Weinhappel looks “pretty in red” and has a ‘mean’ smile that makes this stilted and old-fashioned staging at least a little bit interesting.

A singer such as Weinhappel would be interesting for all those leading men roles in American operettas: The New Moon, The Three Musketeers, The Vagabond King etc.

Whether Mr. Weinhappel will go nude – in concert – like his colleague Stéphane Degout did in Hamlet at La Monnaie remains to be soon. He might consider it for his next operetta outing: as Danilo, bathing Lolo, Froufrou, and Dodo?