Yes, we all know that conductor Nikolaus Harnoncourt is one of the pioneers of the Early Music Movement. Together with “his” Concentus Musicus he started the rediscovery of Baroque Opera from Monteverdi onwards, on a large scale, with supposedly “informed” period performance practice. He later turned to Verdi and Gershwin (with some disastrous results), but most noticeably to Johann Strauss too. The label Warner has now reissued various of his Strauss recordings anew in a 7 CD box, including two operettas: Die Fledermaus and Zigeunerbaron. 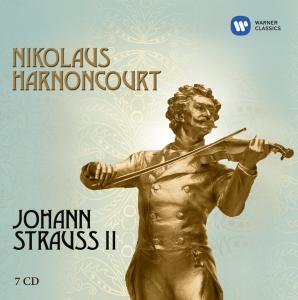 When Harnoncourt was still a cellist with the Vienna Symphonic Orchestra (1952-1969) he regularly performed Strauss under the baton of Robert Stolz. Who taught him to admire this kind of “light music.” Harnoncourt, later, recorded it again and again himself, as a conductor.

The recordings here start with the Concertgebouw Orkest. In a 1986 concert Harnoncourt offered various standards, Pizzicato-Polka, Unter Donner und Blitz and Blue Danube. They are interesting interpretations, but nothing to really make you go ecstatic. Which can also be said about his Amsterdam Fledermaus. There are some surprising orchestral effects here and there, but on the whole this is not a recording that has anything to do with a supposedly “informed performance practice.” Just look at the cast: while the original Fledermaus was sung, entirely, by non-operatic specialists, Harnoncourt offers the likes of Edita Gruberova as Rosalinde, Josef Protschka as Alfred and Waldemar Kmentt as Eisenstein.

The tempi are questionable. And the style is… well, also questionable. Because noone is a great actor, able to deliver funny dialogue with panache.

(Including Marjana Lipovsek as Orlofsky.) Worst of all, much of this performance is simply boring, the worst that can happen to any operetta.

Then there is the Zígeunerbaron, recorded with the Wiener Symphoniker in 1984. The only truly interesting bit of casting here is actor Jürgen Flimm as Conte Carnero, lifting the operetta onto a different level in his short episodes with his cracking character voice. The rest is standard – and, again, often boring – operetta fare of the 1980s. You might as well stick to the Robert Stolz recording of the same show, it is better cast and stylistically far more “unified.” 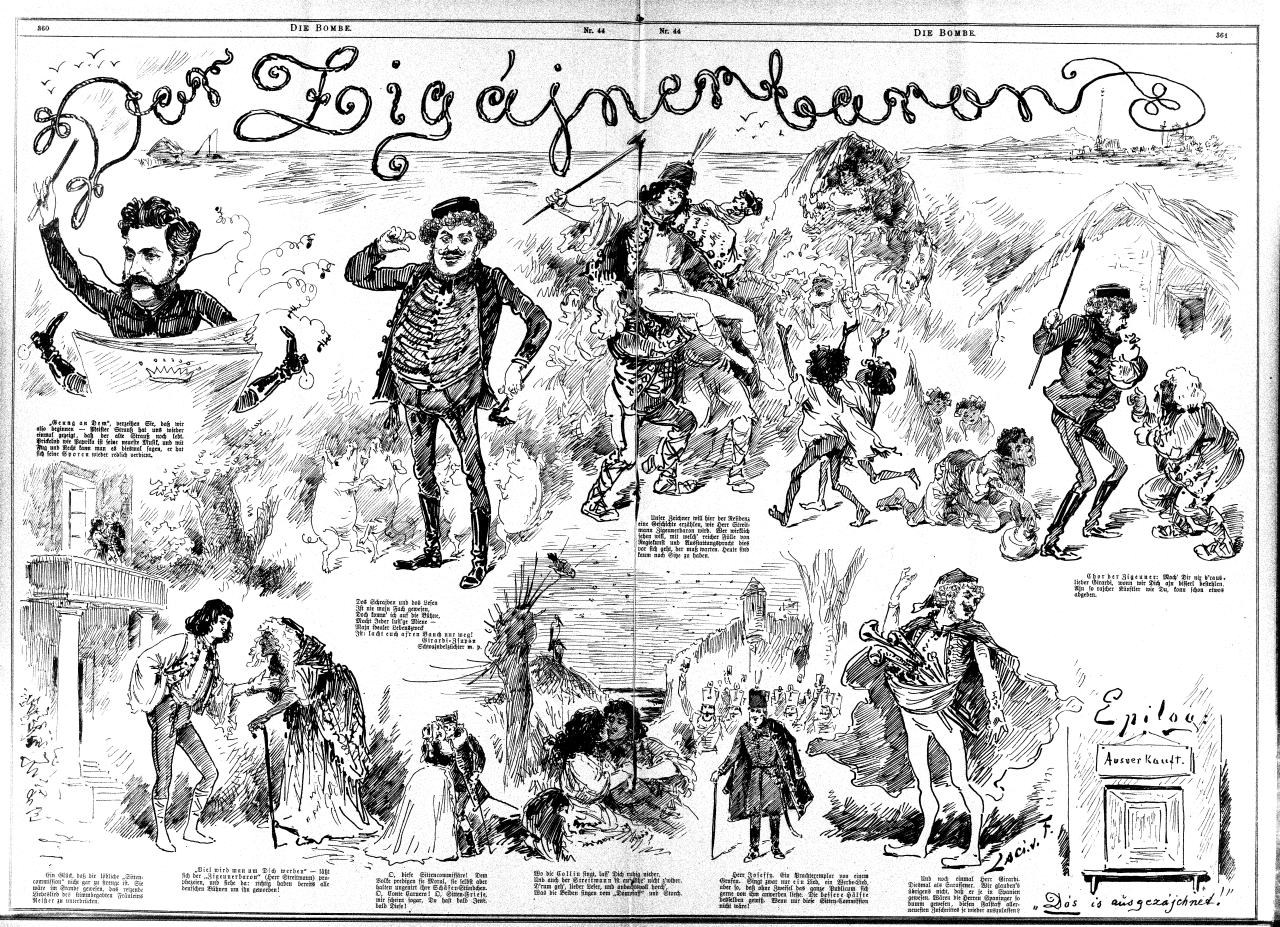 There is also the Viennese New Year’s concert from 2001 with the Vienna Philharmonic. It offers some rare titles, such as Electrofor, Harlekin and Luzifer. The playing of the orchestra is splendid. Still, it’s not a particularly arousing approach to Strauss. It really is a shame that this celebrated conductor is “celebrated” for offering “historically informed performance practice,” when all he does is to deliver second-hand Stolz (at best.)

My recommendation: if you like this type of interpretation, stick to Robert Stolz.

Harnoncourt’s operettas (and that includes his various Offenbach outings, too) are as far removed from anything “authentic” as his Aida and Porgy and Bess are from “true” Italian Opera or Broadway. Still, many critics do not make comparisons and praise the Harnoncourt versions as “unique” and true to the original intentions of the composers. With all due respect to his lifetime achievement, his operetta offerings are not something to write home about. Sadly. I would have expected more – far more – from someone who sees himself as a “pioneer” of any kind. Because the Strauss operettas certainly await a rediscovery by a brilliant crusader, Early Music or otherwise.