This update of the original 1879 Carl Millöcker operetta was created by Paul Knepler and Ignaz M Welleminsky who turned the 3 act show into 9 scenes that premiered at Admiralspalast, Berlin, on 14 August 1931. Theo Mackeben – after conducting the world-premiere of the Dreigroschenoper across the street three years earlier – rearranged the music.

The little milliner Marie-Jeanne Beçu (Gitta Alpár) goes out one day to meet her painter boyfriend, René Lavallery (Robert Nästlberger), in the park and there catches the eye of the Comte Dubarry. He follows her to René’s studio, causing a breach between the young pair by his attentions, and finally, after putting her through a marriage with his brother so that she can be officially the Comtesse Dubarry, he takes her to court as a candidate for the important and influential post of mistress to the King. Obliged to choose between her painter and the royal bed, Jeanne, unlike most of her operettic predecessors, pragmatically chooses the King, and History can now begin. Jeanne’s actress friend, Margot (Edith Schollwer), and her boyfriend, Brissac (Igor Gutmann), made up the soubret part of the entertainment.

An amount of the music used in this version of the semi-fictional life and loves of Madame du Barry was adapted from the score to Millöcker’s earlier piece on the same subject, the indifferently successful 1879 Gräfin Dubarry (Theater an der Wien 31 October 1879, Brünn 15 January 1879, Friedrich-Wilhelmstädtisches Theater 20 January 1879, Fifth Avenue Theater, New York (Ger) 12 February 1883 etc). 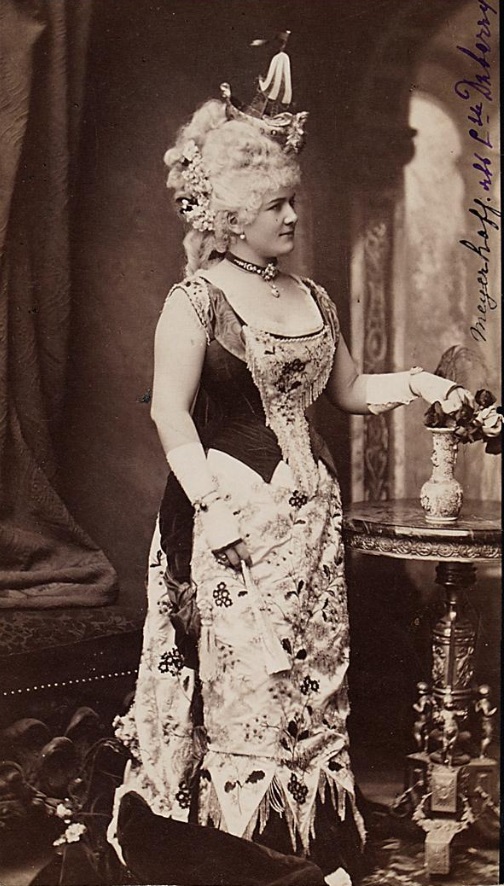 The leading lady’s rôle was supplied with a fine barrage of soprano numbers, beginning in the first scene with the happy ‘Heut’ hab’ ich Glück’, continuing through her declaration of fidelity (‘Ich schenk mein Herz’), her apprehensive first steps at court (‘Ob man gefällt oder nicht gefällt’) and rising to its peak in the final scene with the glittering, jaunty ‘Ja, so ist sie, die Dubarry’.

René supplied the tenor music, both solo and in duet with Jeanne.

Die Dubarry scored a fine success in its Berlin première, with Gitta Alpár winning a memorable triumph in the rôle of Jeanne (‘the best [prima donna] Central Europe has to offer’).

Further productions soon followed in its wake, with London the first of the major centres to take the show up (ad Rowland Leigh, Desmond Carter). Stanley Scott’s production confirmed the Berlin success, and once again the show’s prima donna, German vocalist Anny Ahlers, won enthusiastic praise, but tragedy struck when the unstable star committed suicide during the run.

With Sylvia Welling replacing, opposite the René of Heddle Nash, and such names as Farren Soutar (Chamard), Margaret Yarde (Sauterelle) and Helen Haye (Maréchale) in support, the piece ran to its 397th performance before going on the road. It was revived in the West End in 1947 (Prince’s Theatre 8 October) with Irene Manning as Jeanne, John Hendrik (René) and a supporting cast including Ada Reeve (Sauterelle), Jerry Verno (de la Marche) and John Le Mesurier (Lamond).

Oddly enough, the show took its time to get to Vienna but the Theater an der Wien finally mounted an 11-scene version, under the management of Hans Knappl, in 1935 with Mary Lossef starred alongside Wladimir Antscharoff (René), Olly Gebauer (Margot), Willy Stettner (Brissac) and Alfred Gerasch (Louis) for 35 performances. 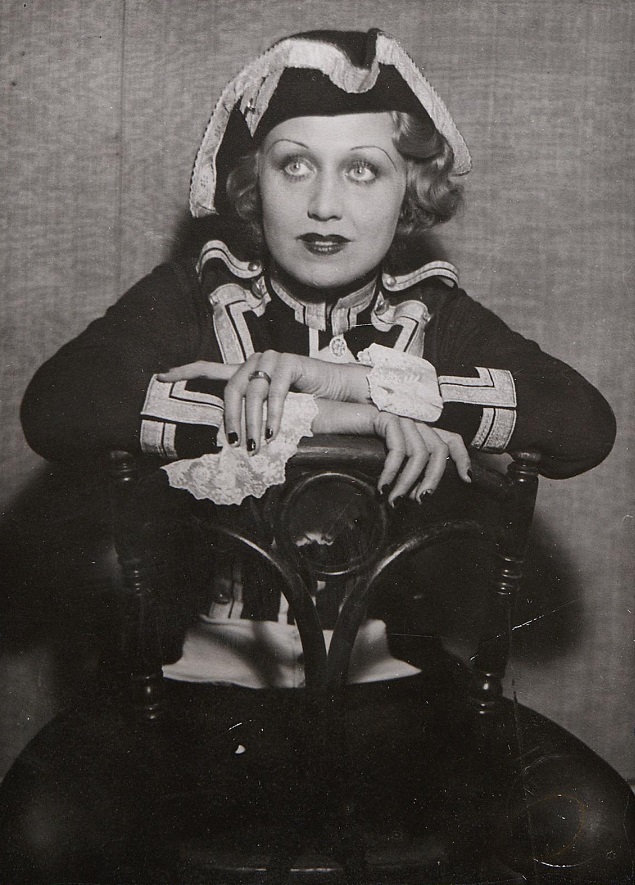 Having thoroughly done the rounds of the world’s stages, Die Dubarry returned to the Admiralspalast in 1938, and the piece remained popular in Germany, Britain and in Australia for some time.

In 1935 an English-language film version was produced, under the title I Give My Heart, with Miss Alpár repeating her portrayal of the Dubarry opposite Owen Nares, whilst in 1951 a German film, using the operette simply as its background but calling itself Die Dubarry, was produced by Georg Wildhagen with a cast headed by Sári Bárabás, Albert Lievin and Willy Fritsch.

The rearranged operetta was itself several times subsequently rearranged, notably in a weak version by Hans Martin Cremer (Städtische Bühnen, Breslau 1938) which added a few more wearily conventional turns to the plot – on her way from millinery to mistressing, his Jeanne takes a turn as a cabaret singer! – and another new version of Gräfin Dubarry, made by Wilhelm Neef, was produced in Rostock in 1959 (24 March).

Madame Dubarry made two other notable appearances on the musical stage, in the delightful Parisian piece La Belle Bourbonnaise (1874) where Marie Desclauzas got to play both the grand lady and her peasant double, and in the American musical comedy Dubarry Was a Lady (1939) where she was dreamed up by Bert Lahr in the form of Ethel Merman.

She was also the subject of an ‘opera seria’ by Enrico Golisciani and G Antona-Traversi.