The original composer chosen für Die lustige Witwe by authors Leo Stein and Victor Léon was: Richard Heuberger. After he had finished the first numbers, the librettists (having doubts about the suitability of the Opernball composer for their project) invited leading man Louis Treumann over to listen to what there was to listen to. Mr. Treumann’s reaction is legendary: he attested Mr. Heuberger “great talent” and “outstanding technical abilities,” but he claimed the story of Hanna Glawari and Count Danilo needed “exoticism and eroticism.” The man whose music supposedly possessed these qualities was Franz Lehár, whom Mr. Treumann recommended as an alternative composer. The rest is history. As a new entry into the never ending chronology of Witwe versions on CD there in a double disc from Oper Frankfurt: based on a production by stage director Claus Guth with re-written and abridged dialogue, starring Marlis Petersen and Iurii Samoilov. 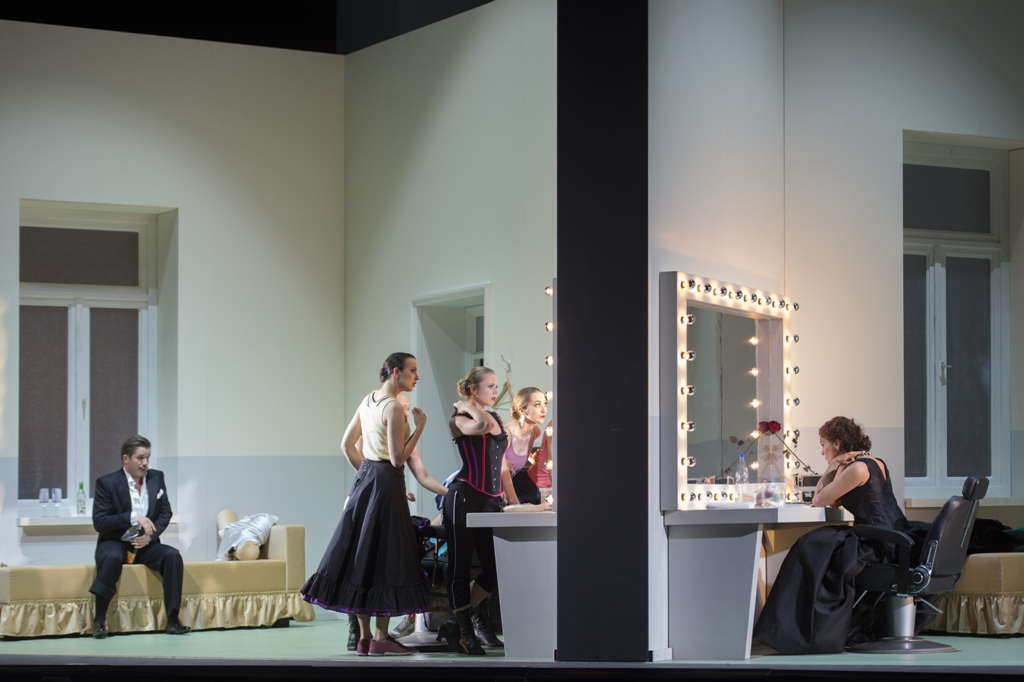 In this staging the 1905 operetta is turned into a backstage spectacle: the story is played out on a 1950s film set where the Hanna/Danilo battle-of-love is presented à la Kiss Me, Kate. And since the Fifties favored operetta as a “safe space” where politics are left out and eroticism is kept under strict control, to not disturb a traumatized post-war audience, the “Balkan” exotics of Lehár’s score are not exactly explosive in Joana Mallwitz’s reading of the score, though the conducting is very brash. And the sensual side of the score isn’t exactly dripping with pre-cum; if you’ll excuse my wording.

The recording spreads onto two CDs, the first containing act 1 (32 minutes), act 2 and 3 are on the second disc (64 minutes). You get bits of dialogue that sometimes don’t make sense without the visuals, because they do not logically lead to the next musical number you hear. But since it’s a live recording there is a sense of atmosphere and humorous intent. Unlike Louis Treumann, who was a famed comedian as well as a famous stage lover, Iurii Samoilov is mostly a dazzling looking baritone who moves easily and youthfully through the music, but without any particular audible characterization in his voice/performance. Certainly without the wild accent that Mr. Treumann employed to make this Pontevedrinian embassy employee as farcical and exotic as possible.

Here’s a trailer with Mr. Samoilov by Oper Frankfurt/Thiemo Hehl:

If Kiss Me, Kate is the 1950s reference here: Alfred Drake would have been a much more individual Danilo, in terms of stage persona. But in Germany, today, such personality performers are not valued by casting directors and recording executives, it seems.

If you want a “legitimate” opera voice and still want to enjoy the shadings of a true operetta prima donna, then there is (of course) Elisabeth Schwarzkopf. Considering that she managed to demonstrate – in the 1950s! – how one can approach this music from a “classical” perspective and still do it justice, it’s amazing to see (or rather hear) that younger singers such as Mr. Samoilov and Miss Petersen are so restrained, maybe even careful, possibly even afraid (?) to go all the way, or any way at all.

On the other hand, Miss Mallwitz and the Frankfurter Opern- und Museumsorchester are anything but careful. They give the score a brash reading. Some sections sound wonderfully spacious, for example the chorus at the beginning of act 2. But this reading doesn’t offer anything “new” in terms of style – it sounds neither Fifties, nor contemporary. And it’s certainly not infused with any Cole Porter elegance that would have been interesting, in this staging concept. 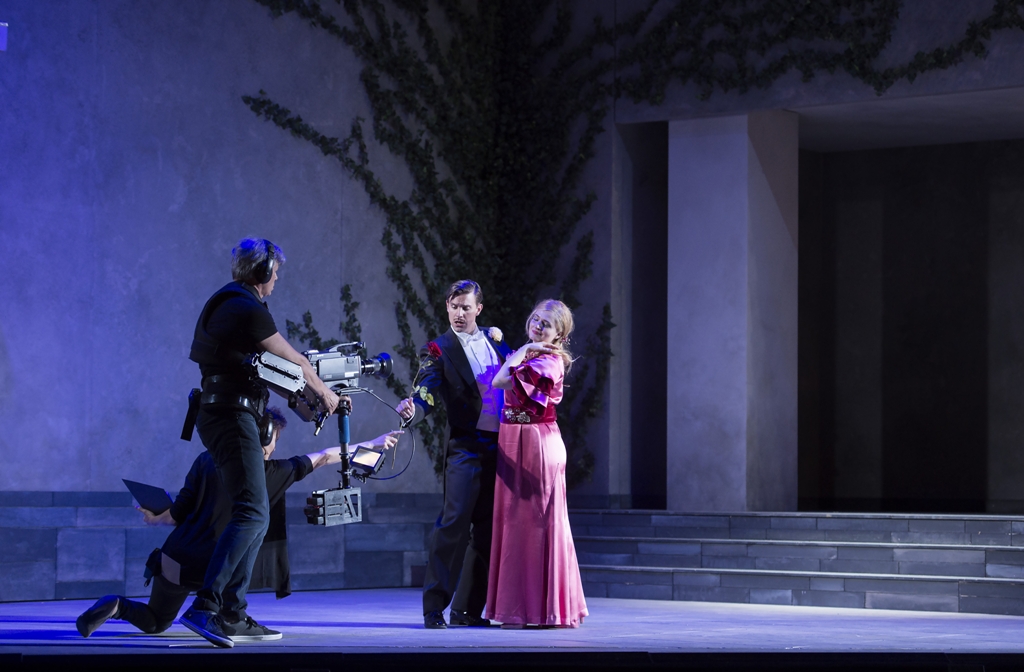 What you get, as a kind of novelty, is the duet “Zauber der Häuslichkeit” which was originally sung by Hanna and Danilo in act 3, then later given to Valencienne and Camille and moved to act 1. On this recording, it’s given back to Hanna/Danilo, but presented in act one – right before Danilo’s entrance “Da geh’ ich zu Maxim.” The logic of this isn’t clear to me.

All in all, it’s nice to see that someone has bothered to present yet another Lustige Witwe on CD. Considering the overwhelming competition it’s a shame that this Frankfurt version doesn’t have any truly novel things to say, acoustically speaking. As a version, on CD, it sticks to the standard order of things as heard on any other CD, and the casting is pretty standard, too. 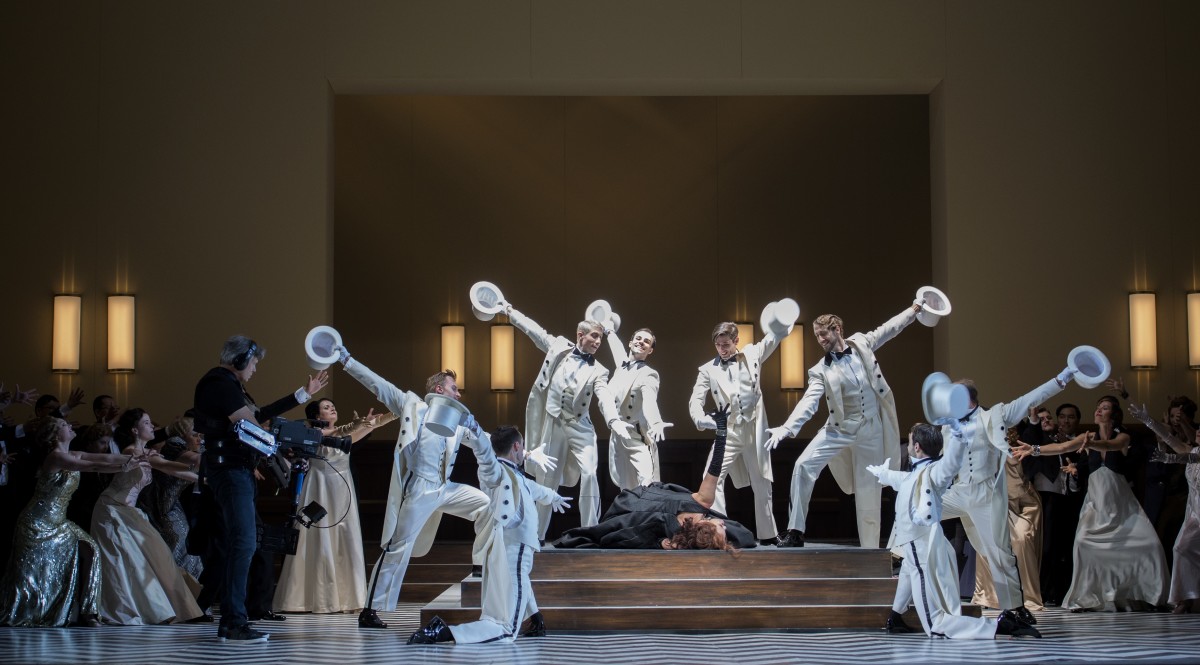 Marlis Petersen as Hanna (lying on the floor) with the ensemble of Oper Frankfurt in “Die lustige Witwe,” 2018. (Photo: Monika Rittershaus)

Isn’t there a sparkling 1950s orchestral arrangement somewhere that could have been utilized if you want to move the action forward? What about the 1952 Hollywood version starring Lana Turner, very much costumed like Miss Pertersen on the photos? If that’s what you are aiming for, as an interpretation, then make it sound so, too! Are the Maurice DePackh film orchestrations available still? Have Mr. Guth or Miss Malliwtz bothered to look?

Or what about the Marta Eggerth version she presented in 1943 on Broadway, conducted by Robert Stolz and choreographed by Georges Balanchine – which she took to Europe and performed in five languages more than 2,000 times, including at London’s Palace Theatre in 1954? Would that version have been an option in Frankfurt, if you are going for “period” feeling? It’s actually interesting to compare Marlis Petersen to Marta Eggerth: both possess light soprano voices, but they use them totally differently. Again, it’s a question of character and daring to be individual – and different from all others. Miss Eggerth certainly was. 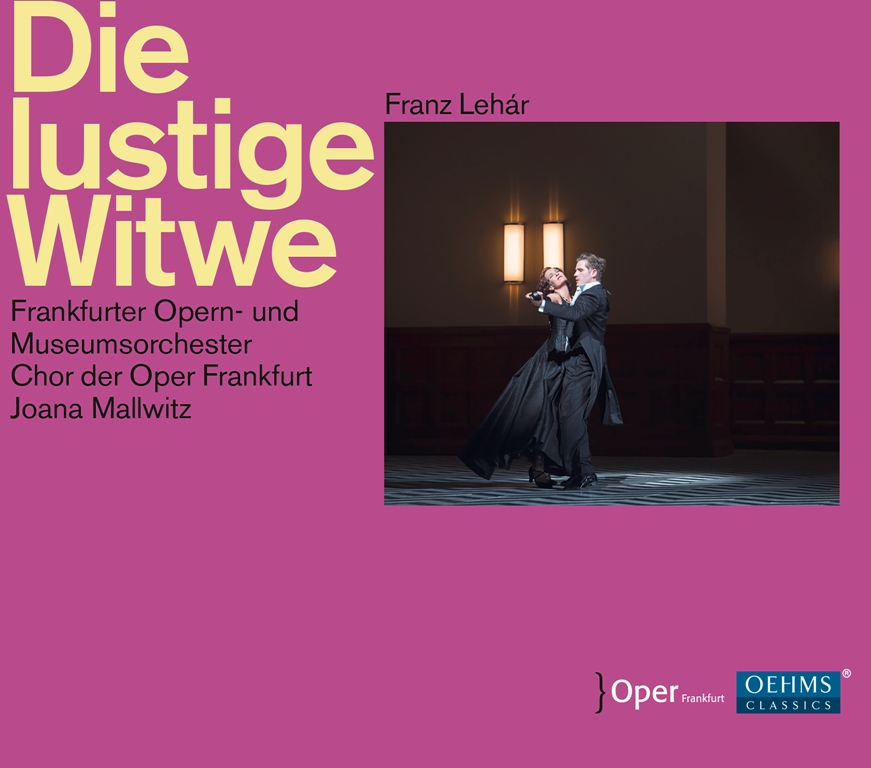 The cover of the “Lustige Witwe” recording from Opera Frankfurt. (Photo: OEHMS Classics)

Maybe a DVD of this Frankfurt production would have worked better than a CD, to understand its uniqueness. (If you consider a Claus Guth deconstruction of anything unique.) As an audio experience it makes me think of other recordings too often to give full satisfaction. 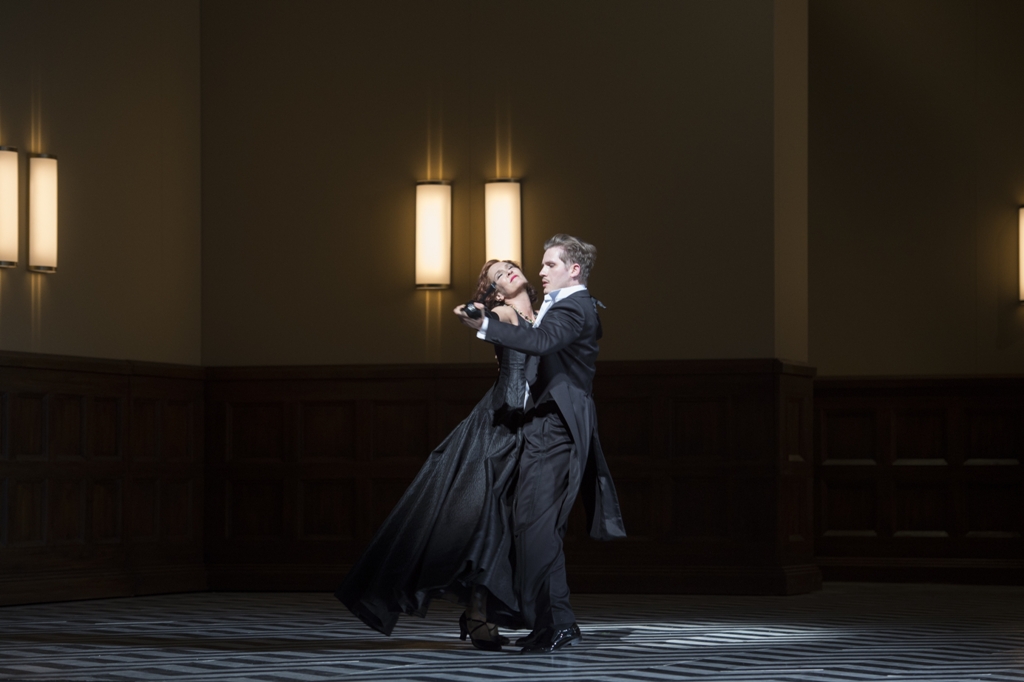 By the way, if you want more 1950s Lustige Witwe: try the Hilde Güden version from Vienna, conducted by Mr. Stolz, offering Waldemar Kmentt as an outstanding Rosillon. There’s a stylistic unity there that you can call historic and representative of its time; whether Joanna Mallwitz’s interpretation will also be seen as representative of our time remains to be seen.

In his review of the stage premiere, opera critic Manuel Brug wrote: “Some minor conceptual weaknesses apart, this Frankfurt version stands way above the average three-quarter-time operetta production in Germany. But it’s a rather melancholic Widow; which shouldn’t surprise anyone in a Claus Guth staging.”

Is melancholia the new eroticism and exoticism? Have modern day operetta producers lost the courage to try something singular, in terms of sound and casting and version?