The great and internationally acclaimed Dutch opera- and operetta diva Cristina Deutekom passed away, at the age of 82. According to Dutch media, she fell in her house last Saturday and was taken to the VU Hospital in Amsterdam, where she lay in a coma till she died on August 7. 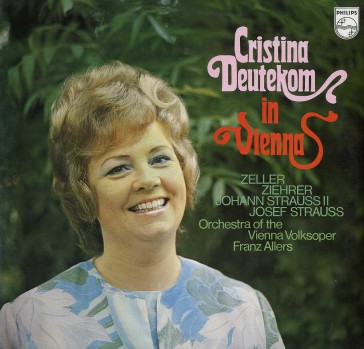 Stientje Engel, which is her real name, was born in Amsterdam in the Spaarndam neighborhood, north-west of Amsterdam, close to the North Sea. The Dutch newspaper NRC Handelblad writes: “Her life could easily be turned into a movie, as a variation of the Cinderella story. The poor girl that had to stuff the holes in the socks of other girls on the dike morphed into a world-famous coloratura soprano Cristina Deutekom who sang the Queen of the Night at the Metropolitan Opera in New York in 1968.”

To quote Dutch opera critic Kasper Jansen: “The spectacular role of the Queen of the Night dominated the early career of Deutekom as a phenomenon of the international opera scene. It was her debut role at the Nederlandse Opera in 1962, she sang the role in Munich, Frankfurt, Barcelona, Milan and London. When Georg Solti put on The Magic Flute in Vienna, in 1969, she was his Queen next to stellar names such as Pilar Lorengar, Hermann Prey, Dietrich Fischer-Dieskau and René Kollo. The New York Times called her ‘The greatest Queen of the Night of all time.’” (Don’t let Edda Moser hear that, who is – arguably – the other greatest Queen of the Night ever heard, and recorded.)

After her break-through, Deutekom sang with a whole armada of superstars such as Luciano Pavarotti, Alfredo Kraus, Richard Tucker, Plácido Domingo and José Carreras.

She made many recordings, Verdi operas famously among them, and actively sang all over the world until 1986. Then, she abruptly put an end to her career because of heart problems.

After that, she was on the panel of many international singing competitions and taught young singers at the Koninklijk Conservatorium in The Hague. 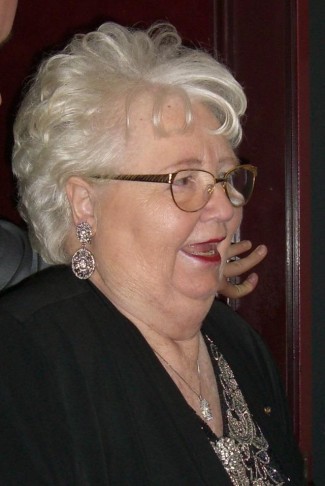 Cristina Deutekom in 2011, as jovial as ever. (Photo: Wikipedia)

During her very last public appearance in 1996 at the Amsterdam Concertgebouw she sang – recalles Kasper Jansen – the bolero from Verdi’s I vespri Siciliani and Franz Lehár’s “Liebe du Himmel auf Erden” from Paganini. “It seemed as if time had stood still,” Jansen writes.

Deutekom made many operetta recordings, having been born at a time when the genre was still hugely popular in The Netherlands. She grew up with operetta music, and she sang the famous titles, again and again, in concerts and on disc. The label Philips issued a “Portet van Cristina Deutekom” years ago where you can hear her with a full array of classic operetta numbers from Carl Zeller’s Vogelhändler to Ziehrer’s Der Landstreicher. Next to Johann and Josef Strauss as well as Robert Stolz titles, she also presents the great “Italian Street Song” from Victor Herbert’s Naugthy Marietta on that CD.

It is a song rarely heard from German or Austrian sopranos, because Herbert is not well know on this side of the Atlantic, but he is obviously a composer Deutekom dearly loved.

She actually excels in singing this coloratura spectacle, and she get’s the joie de vivre the song requires absolutely right, even if you cannot tell which language she is actually singing in. When the refrain “Zing, zing, zing” starts, it doesn’t really matter anyway. The album with the Viennese titles was re-issued by Philips as Cristina Deutekom in Vienna, it is conducted by the great Franz Allers, the man who co-created My Fair Lady and Camelot, the Lerner & Loewe “operetta” classics of the later 20th century.

Deutekom was a diva “zonder kapsones,” as Jansen writes. That is probably the highest praise the Dutch can give, since they do not like eccentric people with airs of grandeur. (You could say that that is sad, certainly when it comes to operetta.) Deutekom was down-to-earth diva, with no airs. Yet her coloratura singing as eccentric as can be, and that is also true about her operetta recordings. It is an eccentricity we love about her, no matter how down-to-earth she was in real life.

She will be missed!