Yes, someone finally had the great idea to bring back the 1932 smash-hit Sissy, written by Ernst and Hubert Marischka, with music by Fritz Kreisler. This bitter-sweet “Singspiel” followed in the footsteps of Im weißen Rössl (first shown in Vienna the year before), where the old and widowed Emperor Franz Josef takes centre stage. Here, his young counterpart first meets the future empress Elisabeth (“Sissy”). The last big production of the show was seen at the Mörbisch festival of 1991. Now, the Winterstein-Theater of Annaberg-Buchholz will present Sissy as another open-air spectacle at the nearby Naturtheater Greifensteine. The production will be conducted by Dieter Klug who already presented a dazzling Student Prince with that company. 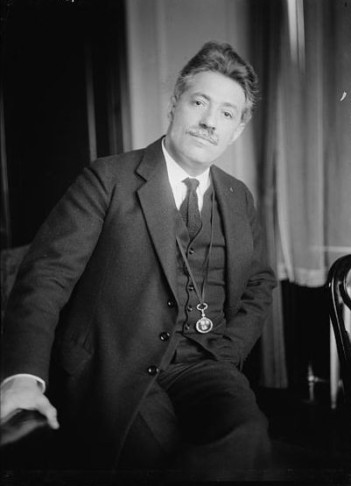 The celebrated violinist Fritz Kreisler (1875–1962) had written musical comedy scores before: while living in the USA, he presented Apple Blossoms on Broadway in 1919 (Globe Theater, 256 performances). After returning to Vienna, he wrote Sissy for the Theater an der Wien, turning his famous “Caprice Viennoise” into the song “Ich glaube das Glück halt mich heute im Arm,” his “Liebeslied” became the duet “Dein Kuss hat mir den Frühling gebracht,” whilst the melody that became “Stars In Your Eyes” (and which had already been used in Apple Blossoms) was originally used as Sissy’s solo “Ich wär’ so gern einmal verliebt.”

The original production starred Paula Wessely as the Empress-to-be, and Hans Jaray as Franz Josef. Hubert Marischka changed into a “daddy role” for the first time and played Herzog Max of Bavaria, after two decades of juvenile lead roles and many Kalman world-premieres (Tassilo in Gräfin Mariza and Mr. X in Zirkusprinzessin). The role of Max was later also taken by Ernst Tautenhayn, the famous buffo of the company.

Sissy had a straight 289-performance run, followed by a quick reprise three years later, as Kurt Gänzl reports in The Encyclopedia of the Musical Theatre. It was “the best record of any new piece produced at the Theater an der Wien in the last decade of Hubert Marischka’s management,” claims Gänzl.

Sissy never went to Broadway, like other Marischka productions, but it was picked up by Hollywood as the basis for the film The King Steps Out, with a reduced Kreisler score and Grace Moore singing “Stars In Your Eyes.” 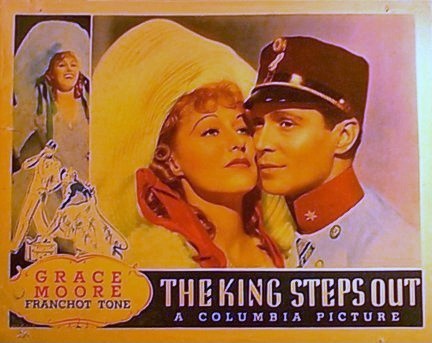 Poster for the 1936 Columbia Pictures movie “The King Steps Out” starring Grace Moore.

Of course, it was a different film version that made this Marischka brother’s adaptation of Ernst Decsey and Gustav Holm’s play immortal and ever-popular: the Romy Schneider Sissy films of the 1950s. They promoted France to present Sissi, future imperatrice at the Théâtre Mogador in 1959, as an “opérette à grand spectacle.” Later Sissy musicals used different scores, most notably Elisabeth with music Sylvester Levay.

Now, the opera company of Annaberg-Buchholz continues its exploration of lesser know classics. And Sissy seems a perfect choice to follow Romberg’s Student Prince (see archive), since both shows deal with royal romance set in a hyper-romantic operetta fantasy land, so beloved by many operetta fans – especially in the United States. The 2016 outdoor staging is by Urs Alexander Schleiff, sets are by Tilo Staudte, the choreography by Kirsten Hocke.

But who play Elisabeth? The Wessely-role will be taken by Berlin born Therese Fauser, who studied at the Hochschule für Musik und Theater “Felix Mendelssohn Bartholdy” in Leipzig. She was in the final of the Bundeswettbewerb Gesang, a member of the opera studios in Nürnberg and Lübeck (Hodel in Fiddler on the Roof, Hänsel, Mecédès in Carmen). In Annaberg-Buchholz she sang Prinz Orlofsky, Hänsel, Cherubino, Maddalena in Rigoletto, Kate/Lilli Vanessi in Kiss Me, Kate, Irene Molloy in Hello, Dolly!, and Dorabella. By her side: Christian Härtig as the Emperor of Austria, he already played in Rocky Horror Show and Gasparone as Count Erminio. (What a fabulous combination!) 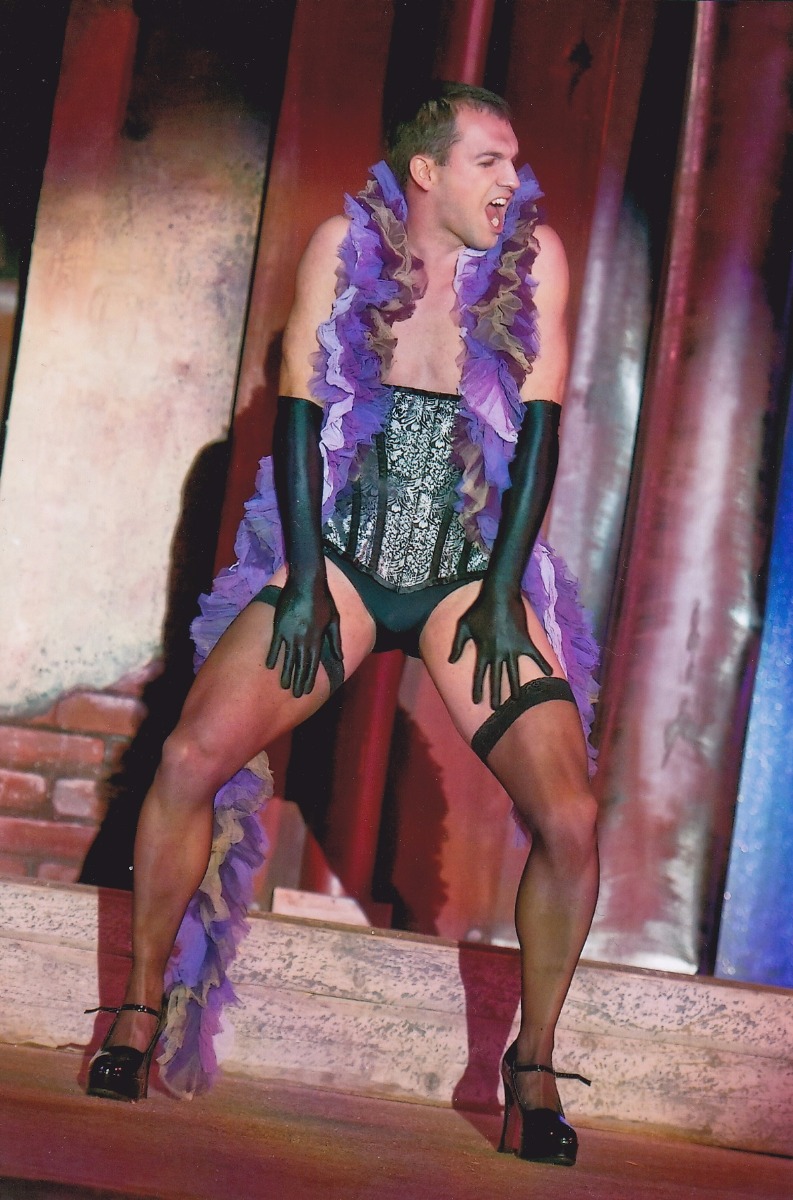 Herzog Max, the “daddy role” will be played by Leander de Marel – who should be an interesting (and highly contrasting) alternative to Hubert Marischka, judging by the photos available on the homepage of the company. He did look very different, though, when he played Tewje.

There will be six performances till the beginning of September.

Considering that part of the story takes place in the Alps, where Sissy and Franz Josef first meet, and fall in love, playing the show in the rocky “nature theater” of Greifensteine in the picturesque Ore Moutains (Erzgebirge) seems a good idea. The Kreisler show will alternate there with Winnetou, the famous German cowboy-and-indian story, and Hugo von Hofmannsthal’s Jedermann, as a Salzburg alternative.

For more information on performance dates and cast, click here. 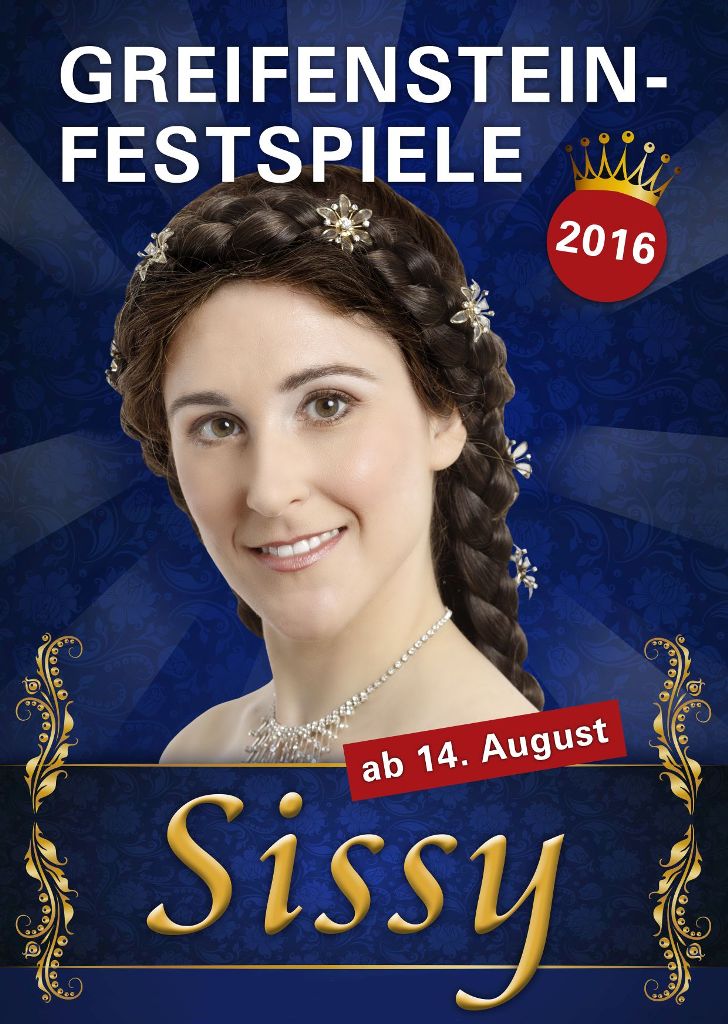