If you’re following the Operetta Research Center news feeds you will have heard of tenor Maximilian Mayer before: he was the star attraction in the recent Der tapfere Soldat at Gätnerplatz Theater in Munich. He brought a fresh and youthful energy to the genre that has already infiltrated operetta in Berlin, but not in Bavaria. So obviously we wanted to find out more about this young and rising singer who studied at the Musical Lyceum of Regensburg Cathedral Choir (Regensburger Domspatzen) and with Peter Edelmann at the University of Music and Performing Arts in Vienna. Maximilian Mayer won a first prize in the musicals, operetta and Viennese Lied category at the Heinrich Strecker Competition and sang Alfred in Die Fledermaus at Schlosstheater Schönbrunn. In 2015 he was cast in Leo Fall’s Der fidele Bauer at Baden Stadttheater as Vincenz. At Gärtnerplatz Theater he made his debut in 2015 as Valentin in Hervé’s Dr. Faust junior (Le petit Faust). Since the 2016/2017 season he is a member of the solo ensemble there, appearing as Simon Zelotes (Jesus Christ Superstar), Camille de Rossilon (Die lustige Witwe), Toni Schlumberger (Die Zirkusprinzessin) and Tamino (Zauberflöte). Here’s what he – as a former rock singer – has to say about operetta and having to live with comparisons with Richard Tauber and Fritz Wunderlich. 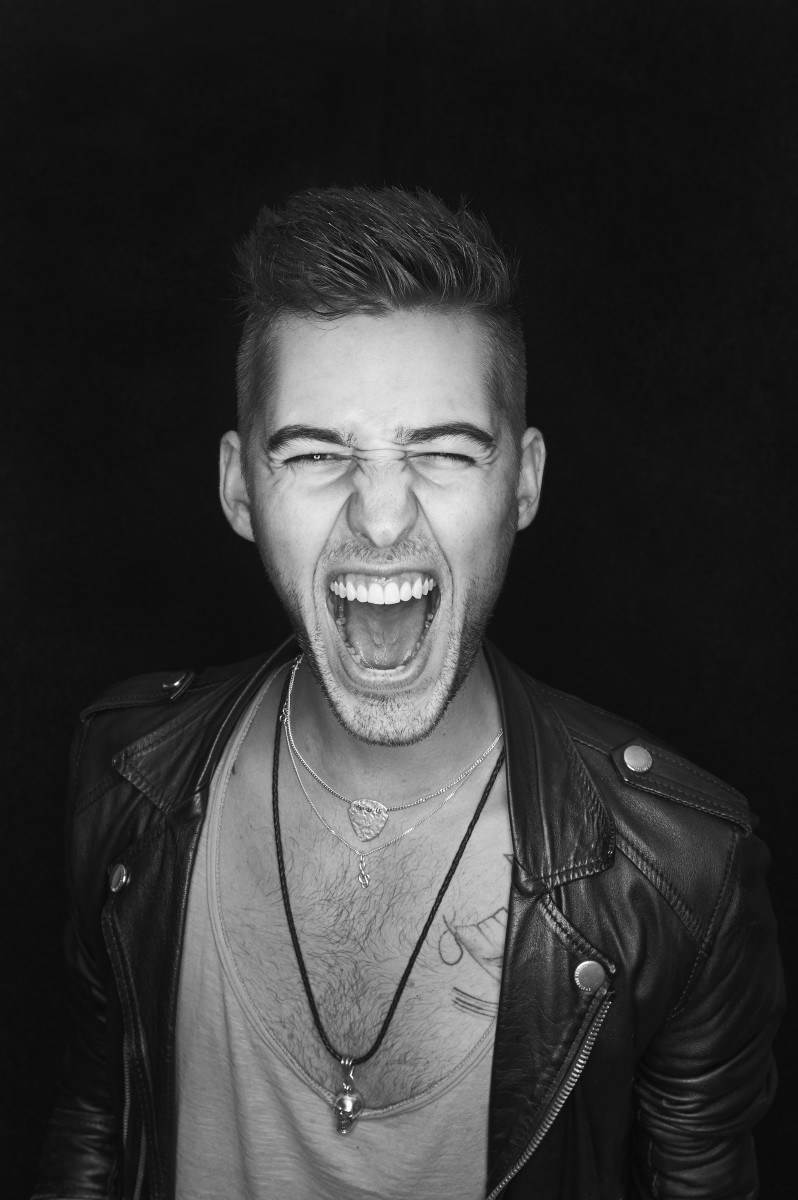 You’ve recently joined the ensemble of Gärtnerplatz Theater in Munich, one of the most famous operetta houses in Germany. Are you aware of the specific operetta tradition of this house, and what does it mean to you as a young singer to become part of such a tradition?

Of course, I am aware of the tradition. It’s not only a great inspiration but also an honor to be part of it. Nevertheless, I think it can also be a challenge for a young singer such as myself to contribute something new and to make operetta interesting for young people. 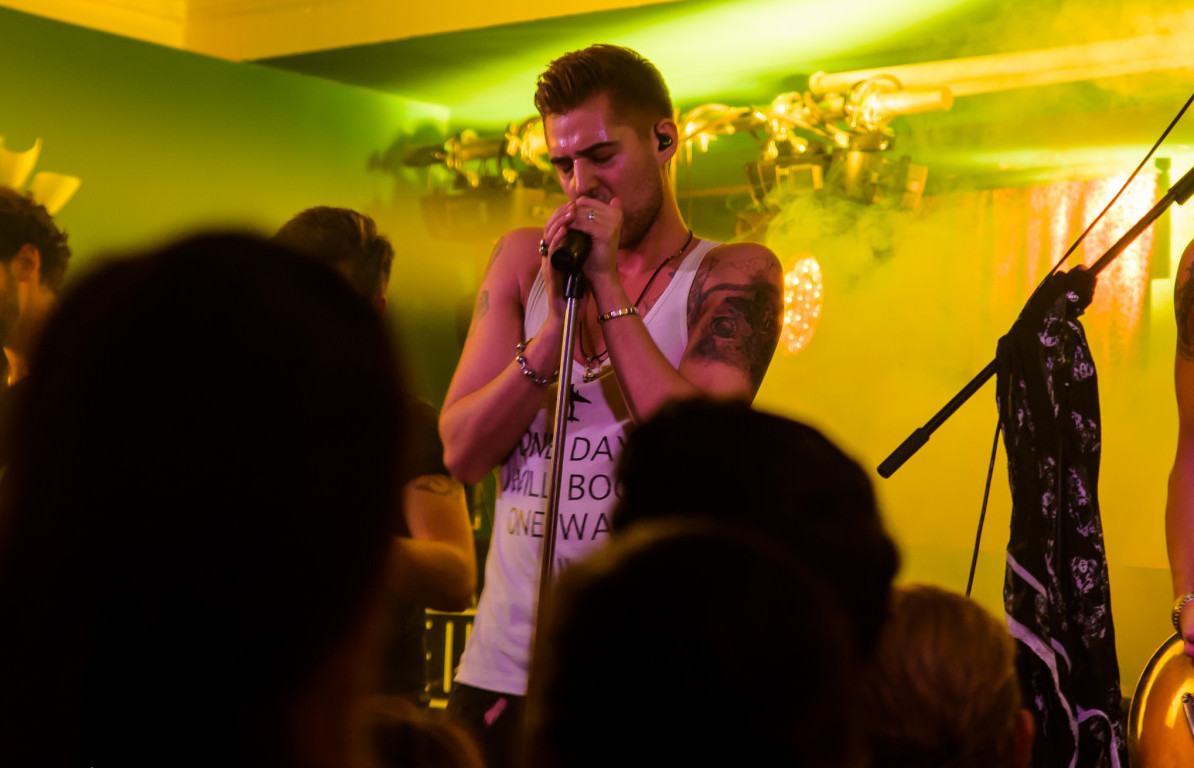 You studied opera singing in Vienna. You’ve been in various musicals such as Jesus Christ Superstar, Tanz der Vampire, but you’ve also done operettas such as Der tapfere Soldat. How difficult is it for an opera singer to perform musicals and operettas?

A big difference between opera, operetta and musicals is that you do not only have to be able to sing, but also perform dialogue. We were sadly not very well prepared for this at university. I had to learn it in daily theater life.

You regularly perform with typical musical comedy people, e.g. in the context of Musical Meets Opera. What impresses you most about musical actors, and what did you learn from them for your operetta roles?

I was very impressed by the team spirit that characterizes a typical musical comedy production. During an opera you are normally on your own, and a lone fighter, while the ensemble during a musical is only as good as the weakest link in its cast. The support for each other is much bigger, and you truly have the feeling of performing a show together. 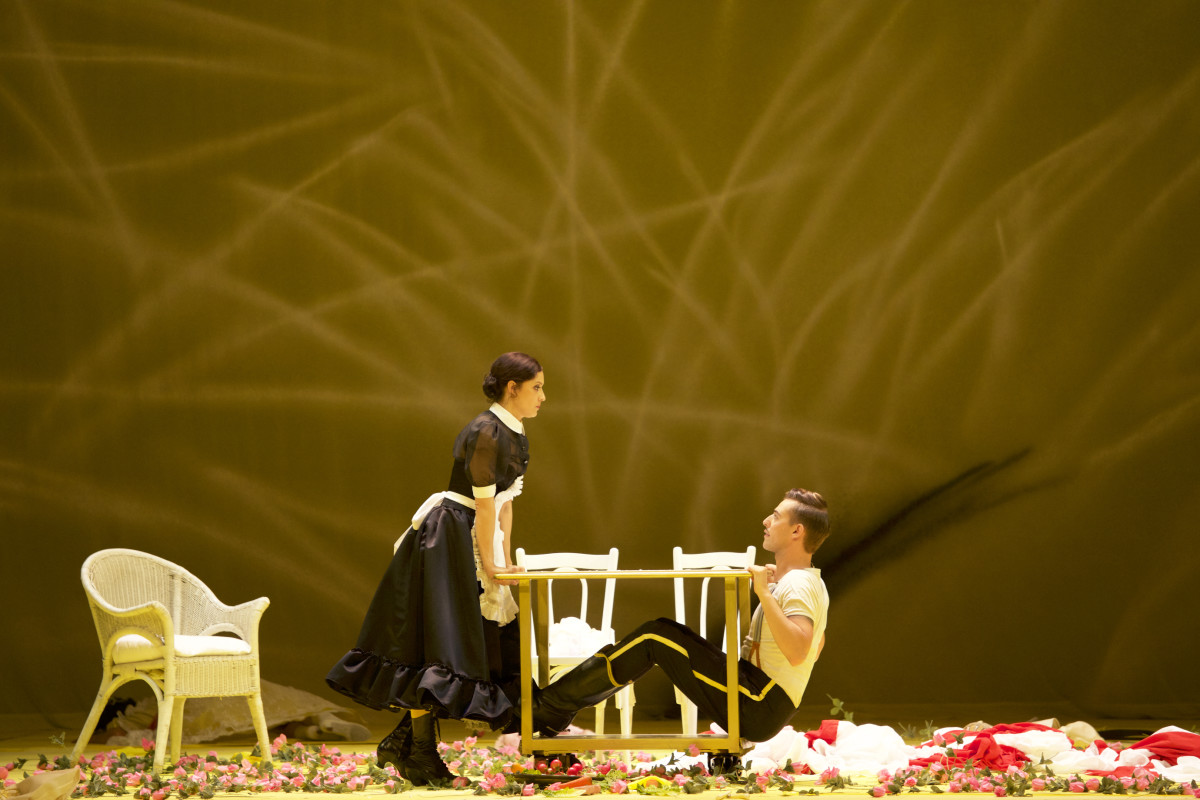 Your biggest operetta splash, so far, has been Alexius in The Chocolate Soldier. I recall only positive reviews that mention you’re “dashing,” “energetic,” “good looking” etc. How important is energy and are good looks in operetta today?

I think they has become more important than ever, not only in the operetta world but also with opera. A good voice alone isn’t enough. The looks and the whole image you project on stage have to fit the role.

You worked with Peter Konwitschny on Der tapfere Soldat. What was that like, in terms of his un-happy ending operetta vision? How did you experience the audience reactions?

I thought it was very interesting, because Konwitschny’s way of working is so different from what I am used to at the Gärtnerplatztheater. It was most definitely not a ‘usual’ operetta production. I believe the majority of the audience enjoyed it, though. There was definitely a lot of laughter. Often the audience laughed during scenes where I myself thought ‘Why are they laughing? Is this really this funny?’ Obviously, the answer is yes. 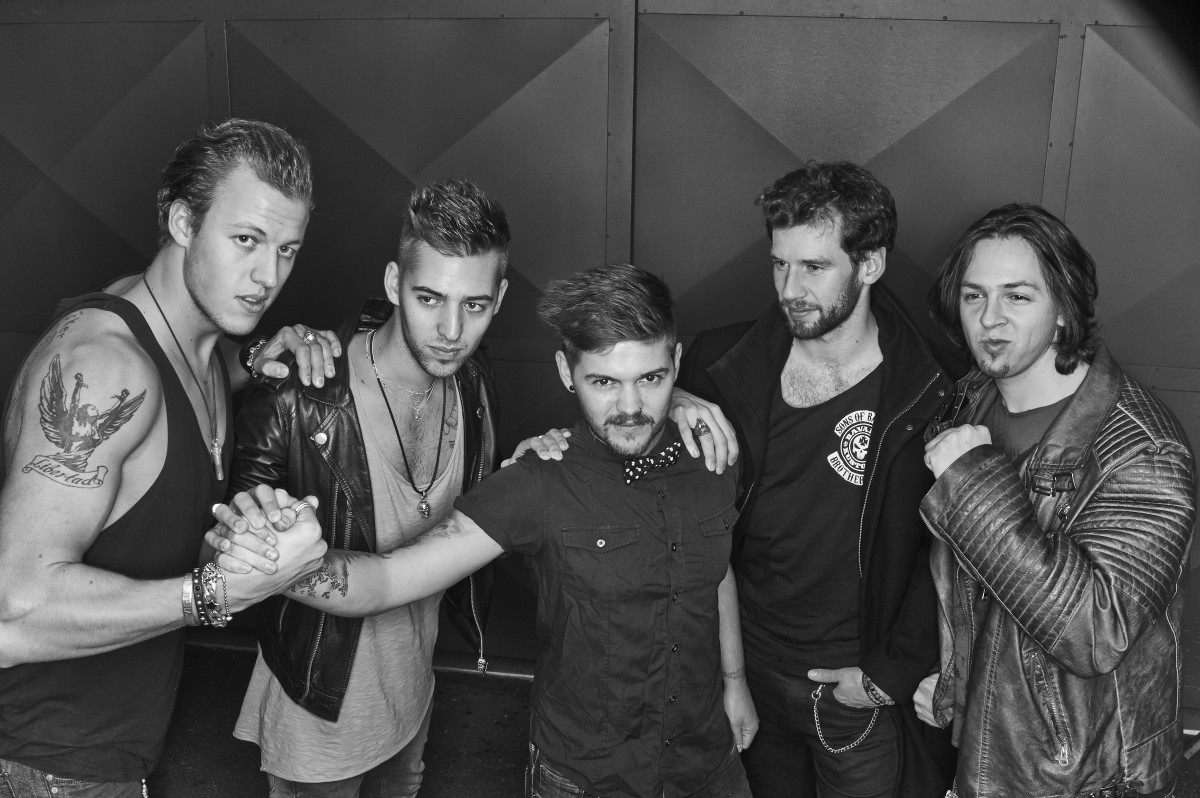 You also sing in a rock band, like Rex Smith who starred in The Pirates of Penzance at Central Park, on Broadway and in Hollywood. Is “rock singing” and “being a rock star” a style that goes well with operetta?

I learned a lot through my work with the band which is also important for operetta, for example confidence and stage presence. Sadly, it wasn’t possible for me to fit both jobs together, vocally and in terms of time. That’s why the band split two years ago. 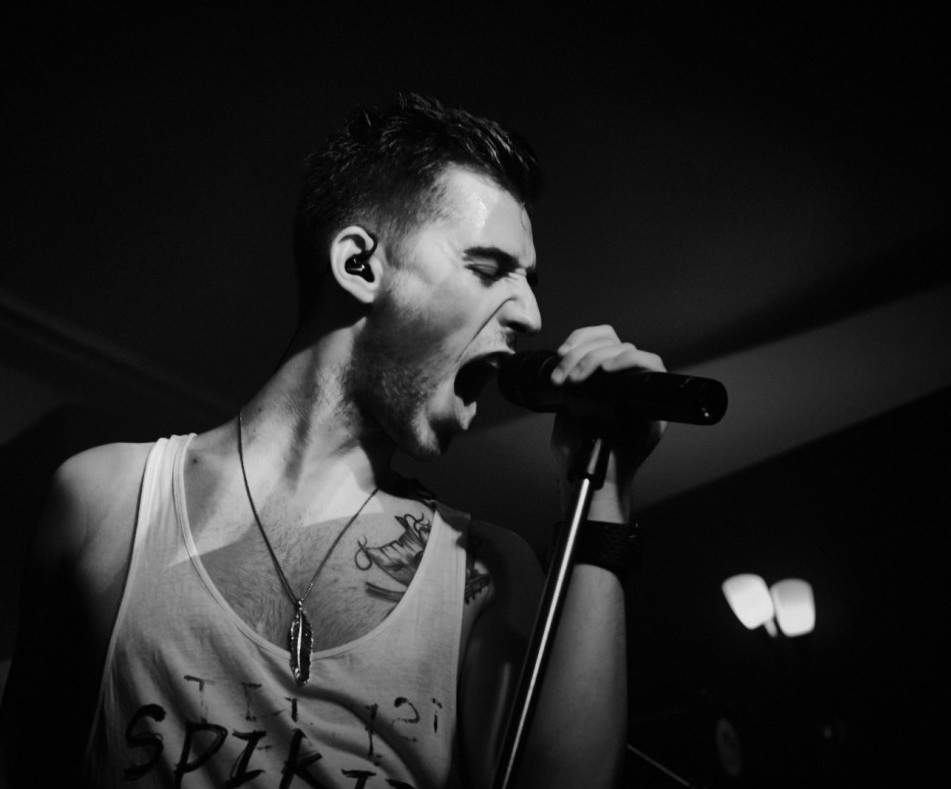 Are there any other operetta roles you want to tackle in the future?

Definitely Danilo in The Merry Widow and Eisenstein in Fledermaus. Both are great roles because they are about realistic characters with real ups and downs. Such characters are far more interesting to play than Tamino in The Magic Flute. 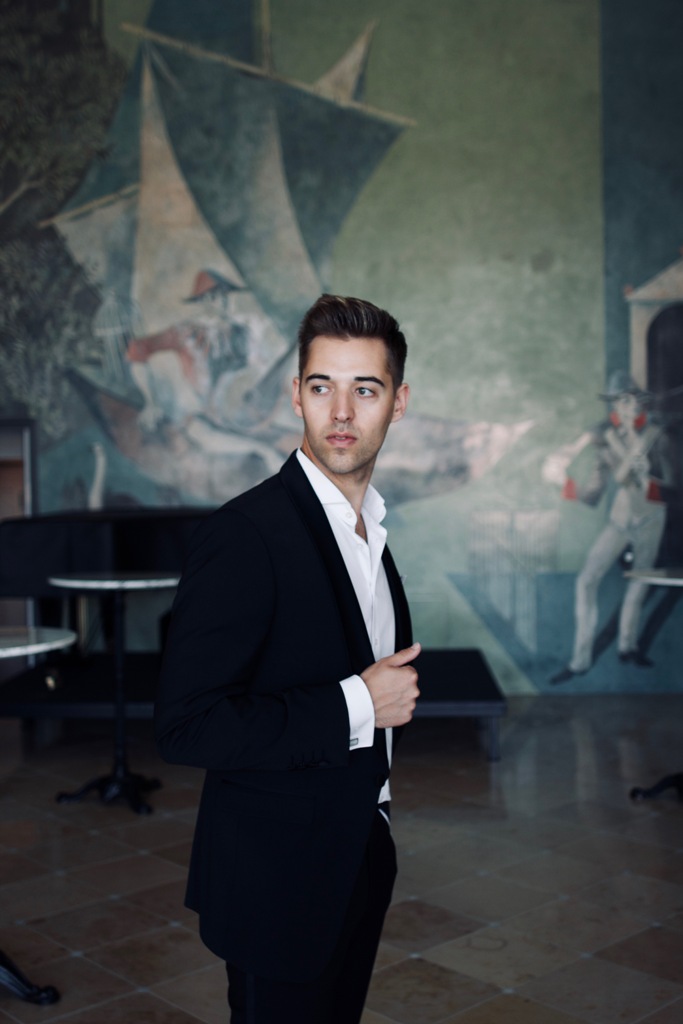 Talking of Lehar: are Tauber roles one of your ambitions? And if so, how do you approach material that was so strongly influenced by legendary performers?

For sure! It would be incredible to perform Sou-Chong in Land of Smiles. I love being inspired by great singers of the past such as Richard Tauber or Fritz Wunderlich. But in the end you have to find your own way and style. Every voice is unique and every stage personality is unique too. You should focus on your uniqueness, if you do you don’t have to be scared about comparisons.

If you want to hear a first attempt of Mr. Mayer singing a Tauber role, here’s “Dein ist mein ganzes Herz.” It will be interesting to hear this if he ever gets to work with conductors like Adam Benzwi, who force their soloists to find their own and totally unique interpertation.