The Austrian composer Richard Heuberger was born in Graz in 1850, trained as a railway engineer, then moved to Vienna where he wrote his first operetta, Der Opernball, first performed at the Theater an der Wien in 1898. In 2014 Oper Graz mounted a revival of the work in order to commemorate the centenary of the  death of the composer. CPO’s new recording is based on this production which goes back to the 1898 edition of the score, but uses a new version of the text by Peter Lund. 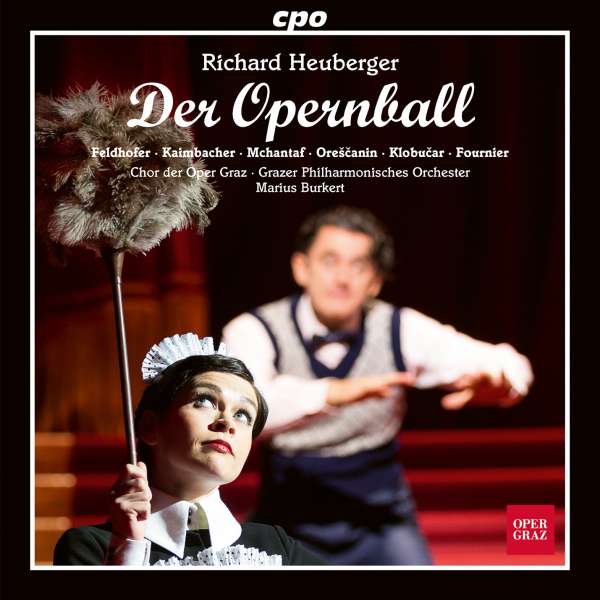 The CD cover of “Der Opernball” on CPO.

This has minimal dialogue (a total of 10 minutes) but also changes the order of some musical numbers, as well as omitting two songs, which were added soon after the opening night. Both CDs run for only 90 minutes. Surely room could have been found for recording the two ‘missing’ numbers, or the dialogue could have been omitted entirely, allowing the work to fit on one CD and therefore save the purchaser half the price!

However, what we are given is a very stylish rendering of most of the score, everyone involved benefitting from having participated in a stage production. 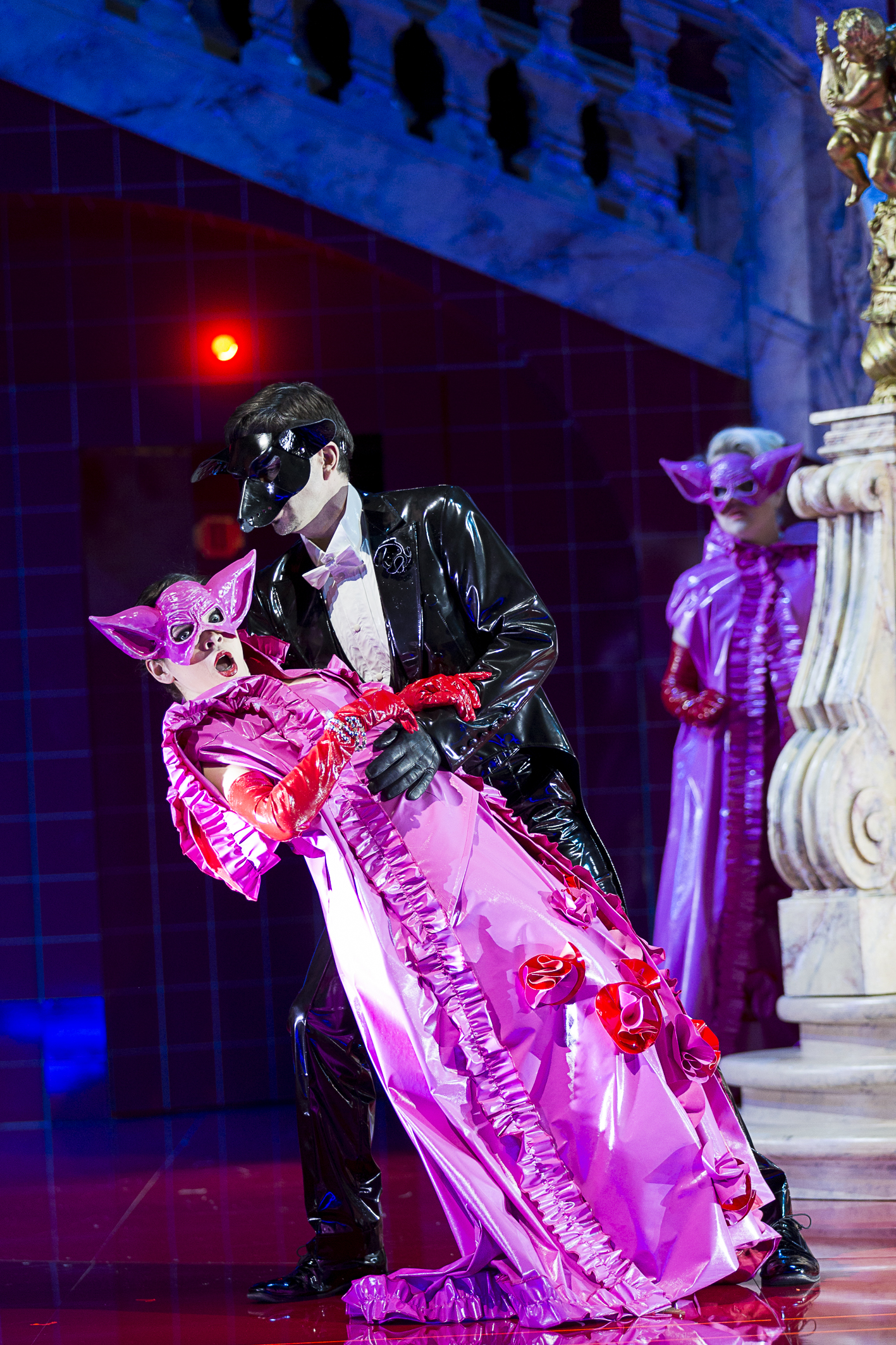 The simple but convoluted plot, based on a French farce and set in the Paris Opéra where private boxes can be rented for the evening during an opera ball, has similarities with that of Die Fledermaus, as well as Così fan tutte, involving assignations at a masked ball, and the theme of wives testing their husbands to see if they are faithful. All ends happily of course, thanks to the maid, Hortense.

For those interested in the intricacies of the story, do not read the notes in CPO’s booklet which, as so often with this label, use such flowery language that meaning is totally obscured; instead read Kurt Gänzl’s detailed synopsis in his Enyclopedia of the Musical Theatre, which is a model of its kind. 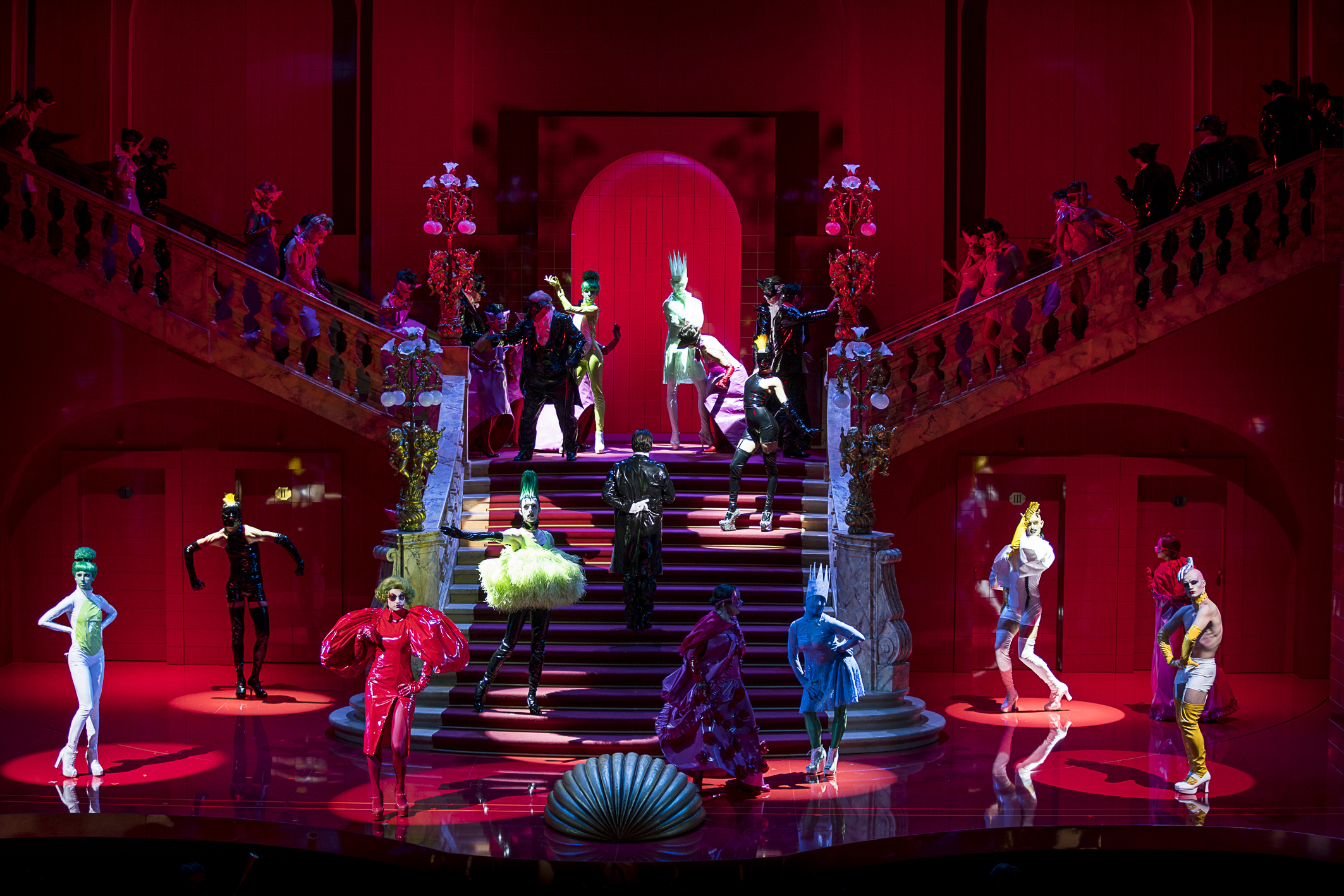 All the music in the operetta is delightful: not just the well-known overture or the luscious waltz “Gehen wir ins chambre separée”, but also the choral (in this version) Mazurka which opens Act Two, and various polkas, marches and other memorable waltzes.

It is all played very stylishly by the excellent Graz Philharmonic and conducted with a real sense of understanding and joie de vivre by Markus Burkert, even if, occasionally, the waltzes don’t quite have that essential indefinable Viennese touch.

All the cast impress and show the value of having worked together as an ensemble. Gerhard Ernst as Beaubisson and Lotte Marquardt sing intelligently, even if her timbre is perhaps slightly too operatic and lacking sweetness; Alexander Kaimbacher relishes his role as the nephew Henri having his first ‘blind date’ with a lady as does Ivan Orescanin as Paul Aubier, who contrives to receive a telegram telling him of urgent business in Orleans, when in fact, of course, he, like all the others, will be incognito at the opera ball!

Notwithstanding the incompleteness of this recording, nor the needless (on CD) reordering of some of the music,  I enjoyed listening to Der Opernball very much. It is one of CPO’s more successful operetta recordings!

I am now looking forward to seeing Der Opernball at Zwickau where it is currently being staged, and hoping that musically, at least, it is complete!