In 1892 Johann Strauss – the world-famous dance music composer and author of numerous operetta classics – managed to premiere his only (!) full-blown opera at the prestigious Vienna Court Opera. The most honorable place for any composer to arrive at in terms of social approval. The piece that opened on 1 January of that year was Ritter Pásmán, and because the Viennese were curious about “their” Strauss being performed in the “holy” auditorium at the Ring, the first night was a mega-event with ticket prices skyrocketing. This three-act “comic opera” based on a libretto by Ludwig von Dóczi was revived in Vienna, in concert, in 1975 with an illustrious cast. The recording of that concert has now been released on CD for the first time. 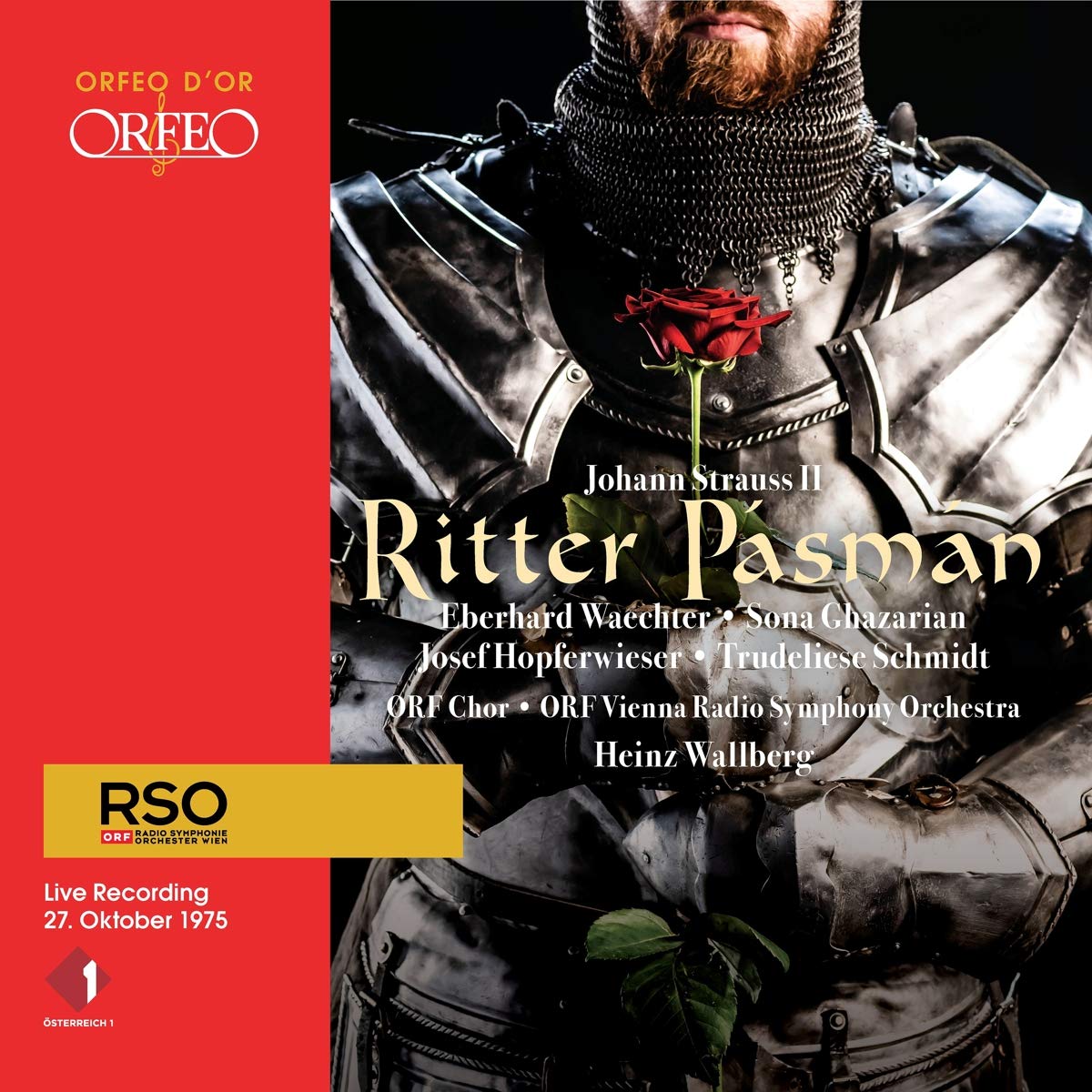 The CD cover of “Ritter Pásmán” with Eberhard Wächter in the title role. (Photo: Orfeo)

We learn in the CD booklet that Ludwig von Dóczi enjoyed “a juicy reputation” as a successful dramatist. In his comedies he specialized in positioning kisses effectively, which paved his way to the Burgtheater. Actresses such as Katharina Schratt, the favorite of Emperor Franz Joseph, performed in his plays, as did Hugo Thimig, father of one of the most well-known Viennese theatrical dynasties.

Not surprisingly, the action of Ritter Pásmán also revolves around a kiss. And around the jealousy it arouses in the medieval Hungarian knight Pásmán towards King Charles Robert of Anjou, aka Charles I of Hungary and Croatia (1288-1342). 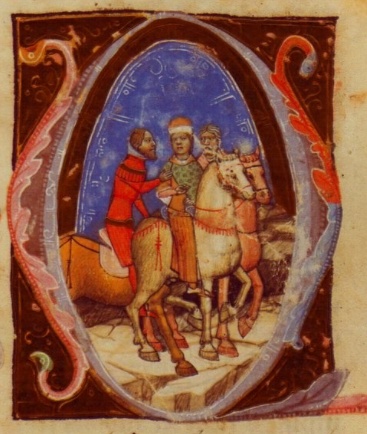 Charles’s arrival in Hungary, as depicted in the “Illuminated Chronicle.”

Charles participates – incognito – in a hunting expedition and arrives at the castle of Pásmán. There, he meets Pásmán’s beautiful young wife Eva. He’s surprised that she lives together with her “old father” (as he puts it), till she informs him that it’s actually her honorable husband whom she claims to love dearly. She doesn’t recognize Charles as the king, but she’s not averse to flirting with him.

In act two Charles tries to seduce Eva by slipping into her husband’s armor, including the helmet that hides his head/face. When Eva discovers that she’s not caressing her husband, she’s shocked and gets very uptight. In the end,Charles respects her honor and only kisses her farwell on the forehead.

Of course, Pásmán hears about this kiss eventually, distrusts its innocuous nature, rages with jealousy and storms to his king, of all people, demanding revenge. At the same time he’s unaware of the true circumstances and that the King himself is his rival. Pásmán demands satisfaction from the still unknown perpetrator.

When the true facts come to light, Charles’ wife, the Queen, offers a solution that spares everyone blood shedding: she permits Pásmán to kiss her in return – as official revenge – to save his honor! 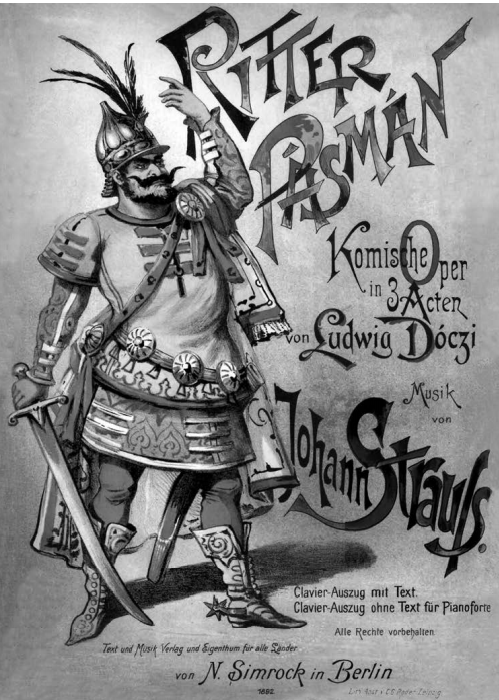 To make this not particularly dramatic story – akin to the hit musical Spamelot – work as a through-composed opera you need singers who make the jealous rages and the forbidden flirting fun to watch. It is a “comic” opera, after all. And you need a score that makes Pásmán’s laughable macho rambling and the rivalry with the King Charles fun to listen to, not to mention to immoral seduction scenes. Strauss writes very sensuous love music for those latter moments, with soaring violins and opulent vocal lines, he also writes choruses for the hunters, drinking songs, and ensembles for the various court representatives. But he doesn’t write many catchy tunes, and certainly no score that gets your temperature up with dramatic tension.

Back in 1892 Franz von Reichenberg sang the title role. He had been the first Fafner in Wagner’s Der Ring des Nibelungen in Bayreuth in 1876 (at the age of 23). Which means he must have been a profound bass. Among his other famous roles was Osmin on Mozart’s Die Entführung aus dem Serail. 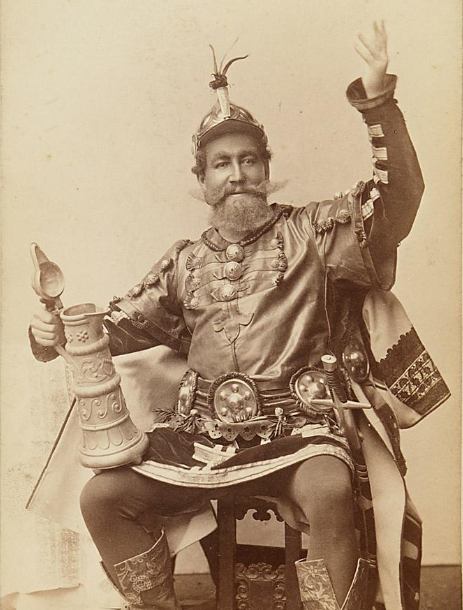 A true bass is something the Pásmán on this recording is not: Eberhard Wächter was a “Kavaliersbariton” and by 1975 not exactly in his prime anymore. He sounds authorative, but dry and remarkably unfunny, especially next to a tenor like Josef Hopferwieser, who has a real “squillo” in his voice and a kind of Latin lover ring that sounds like a characture à la Alfred from Fledermaus. It’s a joy to listen to him seducing Eva with a silvery shimmer in his timbre, soaring top notes, and a hint of self-mockery.

The object of everyone’s love interest is mezzo-soprano Trudeliese Schmidt as Eva. She’s not the pull-all-the-stops-out temptress that would make this story about marital infidelity believable or amusing. Instead, she’s a very serious singer who is often difficult to understand.

Considering that Strauss thought of the libretto as being full of “beautiful verses” that are “enormously appealing to all who have read it” it’s amazing how little attention is paid to the text by the entire cast here, Hopferwieser excepted. As a result, any comedy that might arise from the words and a characterization of the characters falls flat. Because it should be funny that “so much fuss” is being made about an “innocuous little kiss,” something which Strauss considered “not in keeping with corrupt society today.” He thought that “today, it would have been more amenable to the audience for the king to seduce the respectable gentlewoman.” The comedy should come from the clash between morals then and now…

Heinz Wallberg conducts the ORF Vienna Radio Symphony Orchestra. He does this with perfect control, but without an ear for nuance. You can tell, from listening to this CD, that the score offers more possibilities if you didn’t treat it with so much respect.

There are a few famous numbers, most notably the “Eva Waltz” in act 2 and the czardas in the ballet of act 3. The latter has become a Strauss favorite that’s been performed many times at the New Year’s concert. It’s a show stopper, and it has the audience erupting into spontaneous applause here. Actually, this czardas gets two performances on this disc, because there are three bonus tracks with the ballet music, conducted as an alternative interpretation by Alfred Walter with the Slovac State Philharmonic Orchestra.

All in all, this is a prominently cast performance with soprano Sona Ghazarian as the Queen and Peter Drahosch as Pásmán’s Knave Mischu, plus Artur Korn as the Court Jester. The ORF chorus sings assuredly, just like the ORF orchestra plays with total technical control.

Compared to the current Strauss revival project on Naxos (where we recently had Blindekuh conducted by Dario Salvi) this is a more assured interpretation with experienced singers and a top notch orchestra giving a routine interpretation. Since the score is not Strauss’ greatest achievement, a bit less routine and more daring would be desirable. But since there is no alternative recording available, it’s wonderful that this 1975 concert version has been released as a double disc after all these decades. 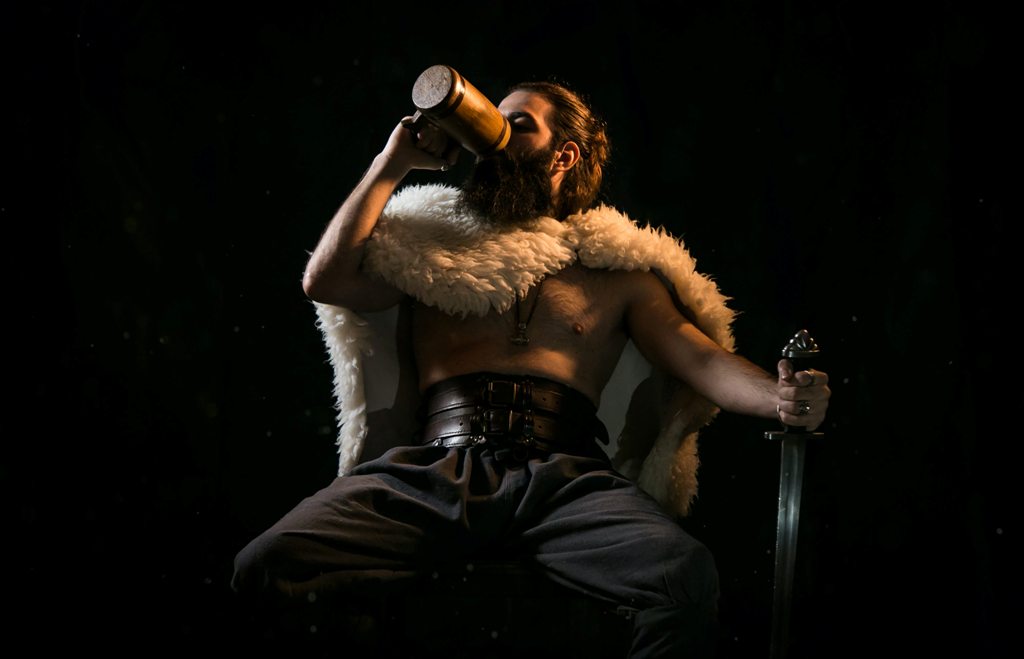 A modern man dressed up as a medieval warrior. (Photo: Gioele Fazzeri / Unsplash)

Despite the positive reception in 1892, the series of Ritter Pásmán performances at the Court Opera ended soon. But music from the work would be heard once more at the Court Opera in 1896, when Marie Renard as Rosalinde performed the Pásmán waltz in Fledermaus because the original czardas “Klänge der Heimat” was too high for her.

As Gerhard Persché informs us in the CD booklet, the “first genuine Austrian waltz opera” was later composed by Strauss’ Bavarian namesake Richard: Der Rosenkavalier, a work undoubtedly dealing erotically with much more than just a kiss.

“This is something that surely would have delighted Schani (as his family called Johann Jr., after the French Jean). If he had been able to witness it.”

Johann Strauss died in 1899, twelve years prior to the Rosenkavalier premiere and seven years after the Ritter Pásmán opening night.