You know it’s Korngold alright from the very first bars: it’s an explosion of sound, hyper-intense like the opening of Die tote Stadt. But then the orchestra glides into a much more relaxed march, and once the tenor starts his first solo two minutes later, based on the tune of “Tales from the Vienna Woods,” you know it’s actually Johann Strauss. Well, in this case, it is Das Lied der Liebe, an operetta Erich Wolfgang Korngold arranged for Richard Tauber and the Metropol Theater in Berlin in 1931, officially based on Das Spitzentuch der Königin. With which it shares absolutely no similarities, neither musically nor plot wise. It was simply a marketing tool: Korngold officially ‘rescued’ an old-and-forgotten Strauss show from 1880 for the modern age. And now, almost 90 years later, we get the first full recording from Musikalische Komödie Leipzig. 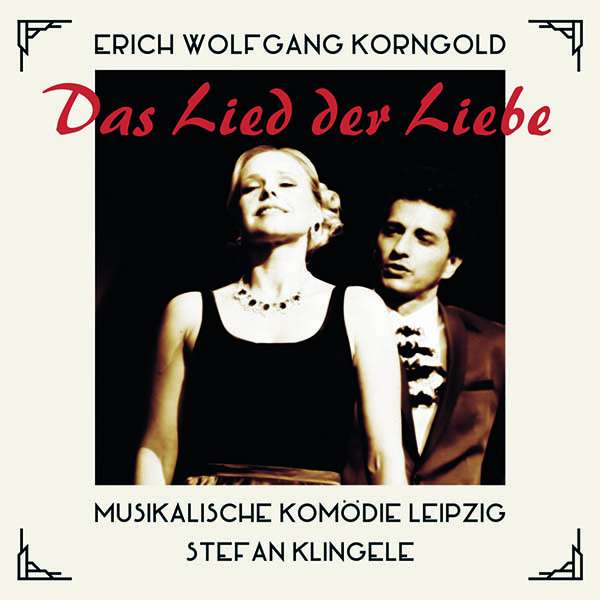 This 2018 Lied der Liebe was a special project in Leipzig. The Musikalische Komödie and its new general music director, Stefan Klingele, chose this show in three acts as the basis for an operetta workshop with three young conductors: Valentin Egel, Clemens Mohr, and Alexander Sinan Binder. Their job was to rehearse one act each with the soloists of the MuKo. The results would be presented in a concert performance. This is a great innovation to the previous practice of having more conductors do a random potpourri of titles. According to Mr. Klingele, conducting something as operatically opulent as Lied der Liebe is a great chance for young musicians to learn – you could argue whether the youngsters actually learn ‘operetta’ from this, because the Korngold show is hardly a typical operetta. Which would be a much more interesting challenge for conductors. (Hervé or Spoliansky anyone, or if you want opulence, how about Paul Ábrahám?)

On this recording, which was made by radio stations Deutschlandfunk Kultur and MDR and is now issued by Rondeau Production as a single disc with 81 minutes of music, you hear Stefan Klingele conduct. The other three are not mentioned, which I find a bit puzzling. But never mind. The show is also labeled as by “Erich Wolfgang Korngold,” there is no mention of Strauss on the cover. Which you might also find a bit irritating since the big hit tunes are definitely by Strauss: and you wonder why they were utilized, e.g. the Blue Danube waltz. It’s a bit like Mamma Mia: paste as many superhits into a show, and hope that will save a very uninspired script. (Not that Mamma Mia is uninspired, but Lied der Liebe certainly is in terms of plot.)

In this case, the once very funny ‘sex romp’ set at the royal court of Portugal 1580 (in Spitzentuch der Königin) is moved forward to Austria in 1910. As the curtain rises, we see a count called Richard von Auerspach (the Tauber role) who has lost all of his money gambling with his fellow military friends. He can’t pay his debt and decides to kill himself on a cold winter night with a snow storm outside. He changes his mind once he meets Baroness Paulette (originally played by Anny Ahlers) in the hotel lobby on his way to his room. She is the official affair of his uncle, who in turn has offered to pay his nephew’s debt if he takes the other official affair off his hands. Paulette is on her way to Vienna to marry this uncle, which Richard doesn’t know yet. The action moves from some snowed-in military outpost in act 1 to Vienna in act 2, where Richard confuses Paulette with the other lady and is eager to fullfill his uncle’s wishes with Paulette. Till he finds out who’s who, and it’s back to suicide plans. Instead of killing himself he goes to visit his aunt in Hungary in act 3. After many complications, Richard and Paulette come together for a happy end and depart for the Isle of Capri. (Which is, sadly, not an actual setting in this operetta, maybe because Strauss never wrote a Caprifischer song, and Korngold only wrote his Naples-based operetta Die stumme Serenade in the 1950s.)

Count Richard sings some highly emotional solos along the way … you can practically hear how Richard Tauber must have sung them, because they are tailor made and so typical. And because there are  recordings of single numbers.

Adam Sanchez in Leipzig doesn’t have a Tauber voice, but he’s great fun to listen to. And he’s quite dishy, in a way Tauber never was. The three young conductors obviously did not try to make him attempt that overpowering Tauber schmaltz. Which is a shame; because I’m sure Mr. Sanchez could do it easily, and with a wink in his eye. His performance would greatly benefit from more conscious tenor kitsch, because leaving the kitsch and emotional overkill out means that the music quickly becomes bland. (Which Tauber never was, and which Mr. Sanchez is not either.) 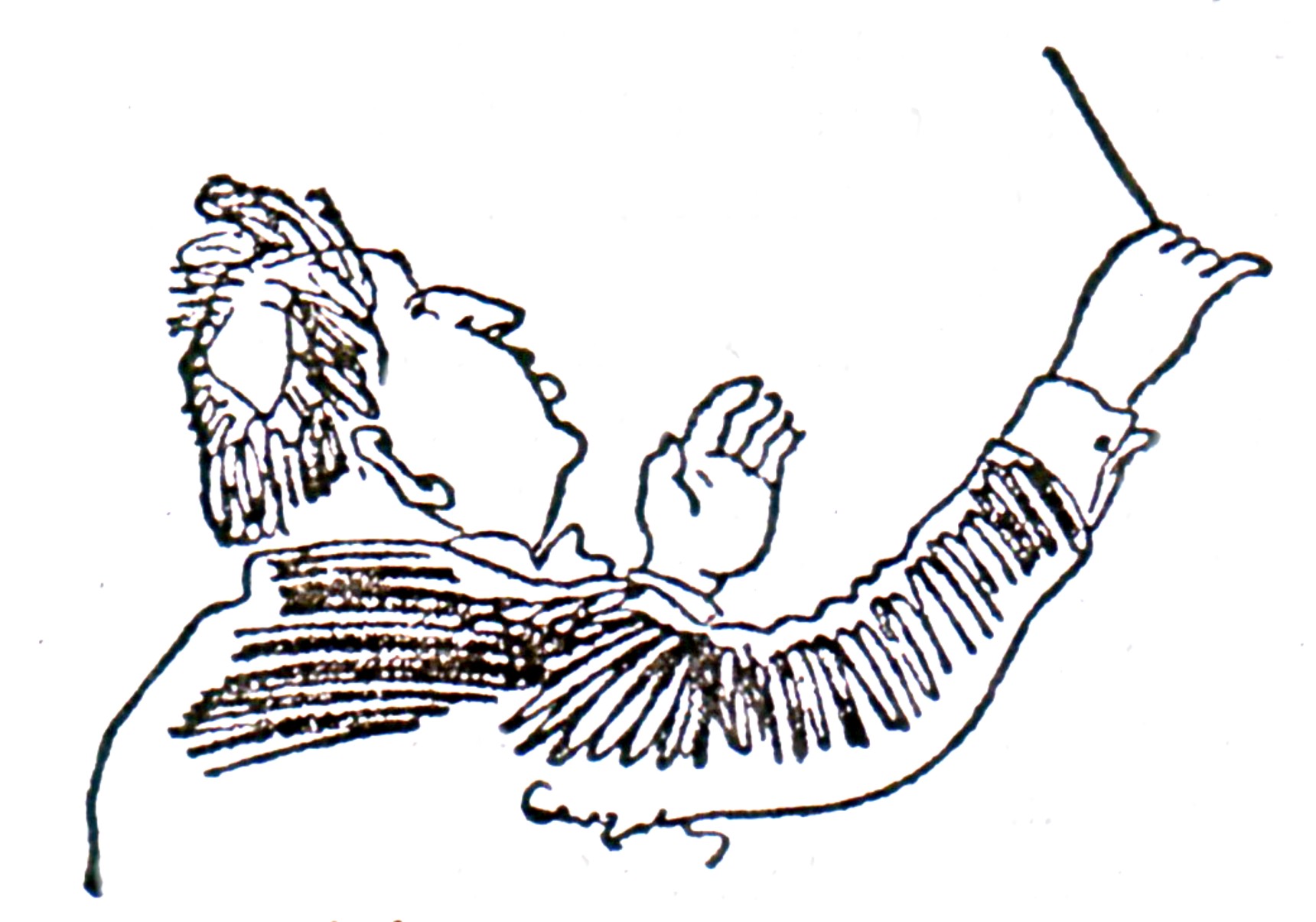 Erich Wolfgang Korngold, in a newspaper caricature from 1929.

Lilli Wünscher as Baroness Paulette is sweet voiced but shows absolutely no interest in playing with words. The text by Ludwig Herzer might as well be the Leipzig telephone book, for all she seems to care: she sings all of it with a single vowel sound. Again, the three young operetta conductors did not consider it important to work with their soprano soloist on the lyrics. And Mr. Klingele, when he took over, didn’t care either. This is in total contrast to any kind of operetta practice à la 1931, think of Anny Ahlers herself, or Fritzi Massary, or even Richard Tauber. You could always understand every word, and every word had meaning!

The story is told by a narrator, in this case Cusch Jung. He’s fabulous, a suave voice you enjoy listening to. And his text is straight to the point. If only the story of this operetta were a bit more original. Even the reviewers in 1931 complained that this was stereotypical nonsense which only Tauber’s singing made halfway palatable, plus Adele Sandrock as Fürstin Metternich. (Her comic character doesn’t even pop up in this recording.)

The orchestra of the Musikalische Komödie sounds lively throughout, sometimes rather militant and hard for a quintessentially soft nostalgia story. Korngold later managed to tell such an Austrian nostalgia story more convincingly with The Great Waltz. (Which was, by far, the greater hit.) Berlin audiences in 1931 did not much care for a glorification of the Austrian past. The show flopped. 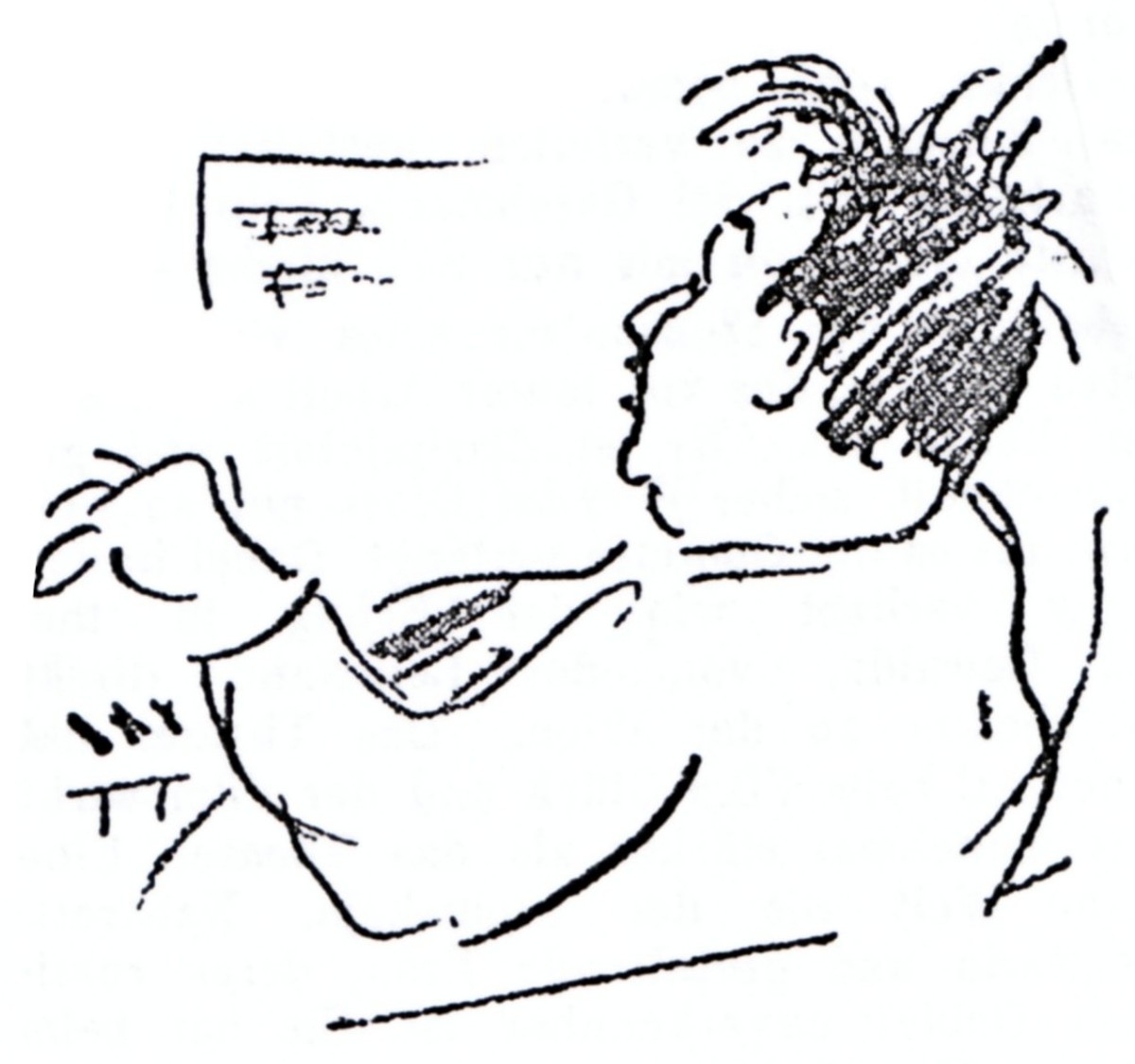 But it’s wonderful to have this new recording because it allows us to add yet another puzzle element to our understanding of the Berlin entertainment industry of the early 1930s. Compared to Ábrahám’s Viktoria und ihr Husar (1930) and Blume von Hawaii (1931), the music and the Korngold instrumentation sound hopelessly yesteryear. Compared to the new Tonfilmoperetten by Werner Richard Heymann, Lied der Liebe is equally hopeless, because there is none of the tongue-in-cheek romping of Willy Fritsch and Lilian Harvey, as seen in a big ‘nostalgia’ operetta hit like Der Kongress tanzt (1931). Compared to the big Léhar showcases for Tauber, this operetta lacks the irresistible “Tauberlied” that stands out. There is no “Dein ist mein ganzes Herz” or “Gern hab’ ich die Frau’n geküsst” in Lied der Liebe, Korngold simply couldn’t write a hit tune. His attempt at doing it anyway, the number “Du bist mein Traum,” only works because Tauber gave it that certain magic.

Mr. Sanchez is not that sort of singer, which is why I enjoyed his earlier solo “Man lebt dahin mit leichtem Sinn” much more. (That’s the Tales from the Vienna Woods number.)

For English language listeners who don’t speak German and who like sentimental operetta music, this recording is probably a pleasure. They’ll recognize many famous Strauss tunes, marvel at the lush orchestration and enjoy the pleasant voices of Lilli Wünscher, hunky Adam Sanchez, Andreas Rainer as Baron Gigi and Laura Scherzwitzl as chambermaid Tini.

For me, personally, this recording confirms my strong dislike of Korngold’s ‘retro’ operetta approach and his Strauss crusade in the 1920s, which put Strauss in a place that hasn’t done him good since. Korngold’s earlier Eine Nacht in Venedig (1923) is not really comparable, because it sticks close to the original; which Lied der Liebe does not with regard to Spitzentuch der Königin. The same is true for the other Strauss adaptations by Korngold who was not interested in the original glory of 1870s and 80s operetta and saw the genre as pure ‘easy listening’ escapism to the past – not the future.

Perhaps the MuKo forces can tackle Korngold’s 1929 Nacht in Venedig which he re-arranged for the Staatsoper Vienna with many jazz (!) elements and big revue scenes. It’s never been recorded; the score was recently discovered in the vaults of the Nationalbibliothek in Vienna.

In the end, the world still needs a really good Spitzentuch recording. And getting that early 19th century operetta style right would be a real challenge for young conductors, and Mr. Klingele. Let’s see what he comes up with for the 2019 workshop in Leipzig scheduled for January.

PS: I’d like to express a very big thank you to Bettina Volksdorf who has her own opera program on MDR radio. She drew my attention to this recording and gave me a CD copy. Knowing that she originally hosted the concert performance of Das Lied der Liebe and told me so many insightful things about the workshop made me hear this recording with different ears, and enjoy it much more.