First off: I actually like Klaus Florian Vogt. Hearting him as Lohengrin and Stolzing in Wagner’s operas is a unique experience and a great pleasure, visually and vocally. His voice rings and rises triumphantly (as well as effortlessly) above orchestral forces like few others. But just because you are a great Wagnerian tenor with a silver trumpet in your vocal cords doesn’t mean you are necessarily a great operetta singer, too—or that musicals such as Les Miserable and The Phantom of the Opera are suited for you. Let alone West Side Story. That’s what you get to hear on Vogt’s latest album, Favorites released by Sony Classical.

The German tenor is accompanied by Gerrit Priessnitz conducting the Münchner Rundfunkorchester. And they start the album with a Kalman classic from Gräfin Mariza: “Grüß mir mein Wien.” It is somewhat astonishing to hear Vogt with his innocent and child-like “pure” timbre tackle this song of nostalgia and longing. Because, in his singing there is no nostalgia or longing. There are just notes, put together like a puzzle but without any impact. 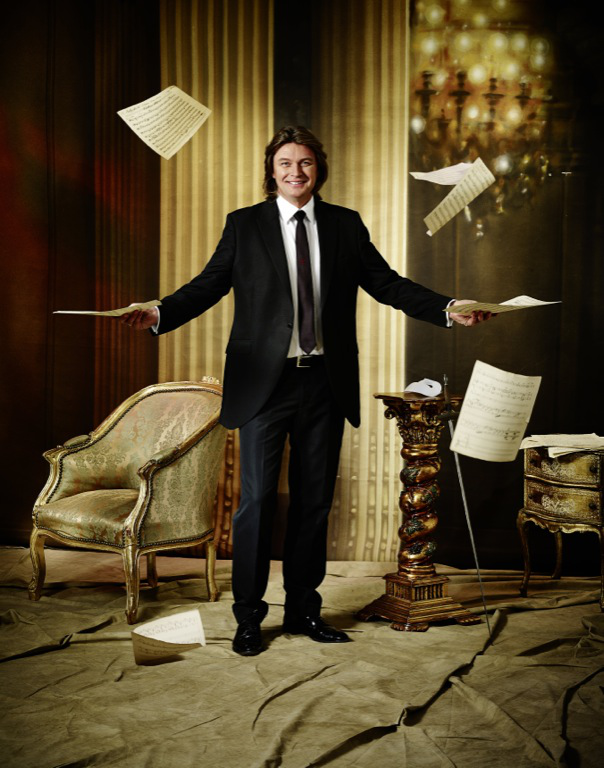 Not even the pianissimo top notes achieve a sense of mystery and magic (“In dieser Mondnacht schenkst du mir dein Herz” from the apple blossom song would be a perfect example here.)

If you like opera tenors sing this repertoire, and if you don’t want to always hear Tauber, then Fritz Wunderlich and all the greats from the 50s and 70s “do” more with these songs than Vogt. Which is also true for “Wien, Wien nur du allein.“

Even Placido Domingo, with his shaky German, ‘milks’ that song better, for maximum effect. Here, you think there’s a sweet Wandervogel on the lose, singing as he’s walking through blooming fields without a care in the world. (I guess that’s a legitimate interpretation, it just doesn’t appeal to me.)

After nine operetta titles, that also include Schön ist die Welt, Zarewitsch and Friederike (they really didn’t leave out anything!), there comes a section that manages to top everything before: six popular musical theater songs. Yes, there’s “Maria” and “Somewhere”, there’s the Anthem from Chess. And “Empty Chairs” as well as “Bring Him Home” from Les Mis. Not since José Carreras have I heard anyone sing Tony with such mediocre English. It’s kind of embarrassing to listen too. Especially since Vogt, in an interview, said Tony was a part he especially longed to sing. He later repeated that wish in a TV interview.

Whether any on this music would sound better in a German translation can be doubted. Vogt sings “The Music of the Night” in German, after all, and again manages to avoid any sense of mystery and magic. He is not even simply overwhelming.

Someone should have made him listen to Michael Crawford beforehand, to get the general idea across of how this type of musical comedy meets operetta in the late 20th century should be approached.

In the same interview, in the magazine crescendo, Vogt stresses that he’d like to sing more operetta in the future. On stage, in a real production. I personally am not sure that that’s a good idea. There is nothing wrong with liking and even loving the music assembled here. (I love it too.) But if you want to publicly present it, in the form of a CD or a concert tour, you should prepare yourself for the required style. That is not too much to ask for. Remember the great American Wagnerians, Helen Traubel among them? When they crossed over to sing Jerome Kern, Sigmund Romberg, Cole Porter or anything along these lines, they switched styles too and left their grand opera approach at the cloak room of the MET. It’s an example Mr. Vogt should follow, if he intends to seriously continue this path.