The topic of cross-dressing in operetta – as well as anywhere else in life and theater – is a hot one. It might, in principal, be as old as operetta itself, but only very recently has it been rediscovered by the Gender Study people and the crusaders of Gay & Lesbian Studies as a topic way ahead of its time. Next month an exhibition called Mein Kamerad – die Diva (“My Comrade, the Diva”) at the Schwules Museum Berlin will examine theater performances in World War 1 military camps with all male casts. Among the shows is an all-male Gondoliers – yes, the Gilbert & Sullivan classic – in Ruhleben, at christmas 1917. 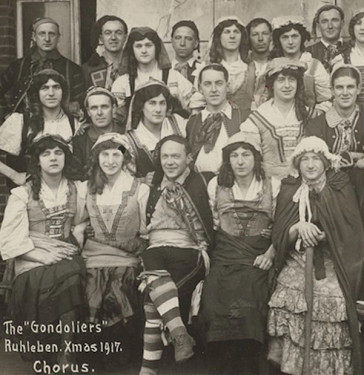 You might remember that not so long ago the Theatermuseum Munich issued a book entitled Ein Bild von einem Mann – gespielt von einer Frau (“a picture-perfect man – played by a woman”) which focused on women playing male roles. This catalogue edited by Susanne de Ponte did not single out operetta as a special point of interest but included the genre in the more general discussion. The new exhibition at the Schwules Museum takes the opposite look at cross-dressing, dealing with men in woman roles, and narrowing the topic down to WW1 performances.

Poster for Franz von Suppé’s “Fatinitza,” with the cross-dressed star on the right in harem outfit.

War time has always been a particularly rich period for cross-dressing. Just think of Franz von Suppé’s operetta Fatinitza (1876) where the lead character Wladimir Dimitrowitsch Samoiloff, Lieutenant of a Circassian Cavalry Regiment, dresses up as the beautiful Fatinitza for a theatrical performance in the barracks. The attending general, not knowing it’s a cross-dressed performer, falls madly in love with Fatinitza and persues her throughout Russia. (The joke being that Wladimir is played by a mezzo-soprano to begin with, so it is a triple cross-dressing entertainment.)

After WW2 there were all-male prisoner performances of shows such as Im weißen Rössl which are documented with photos. 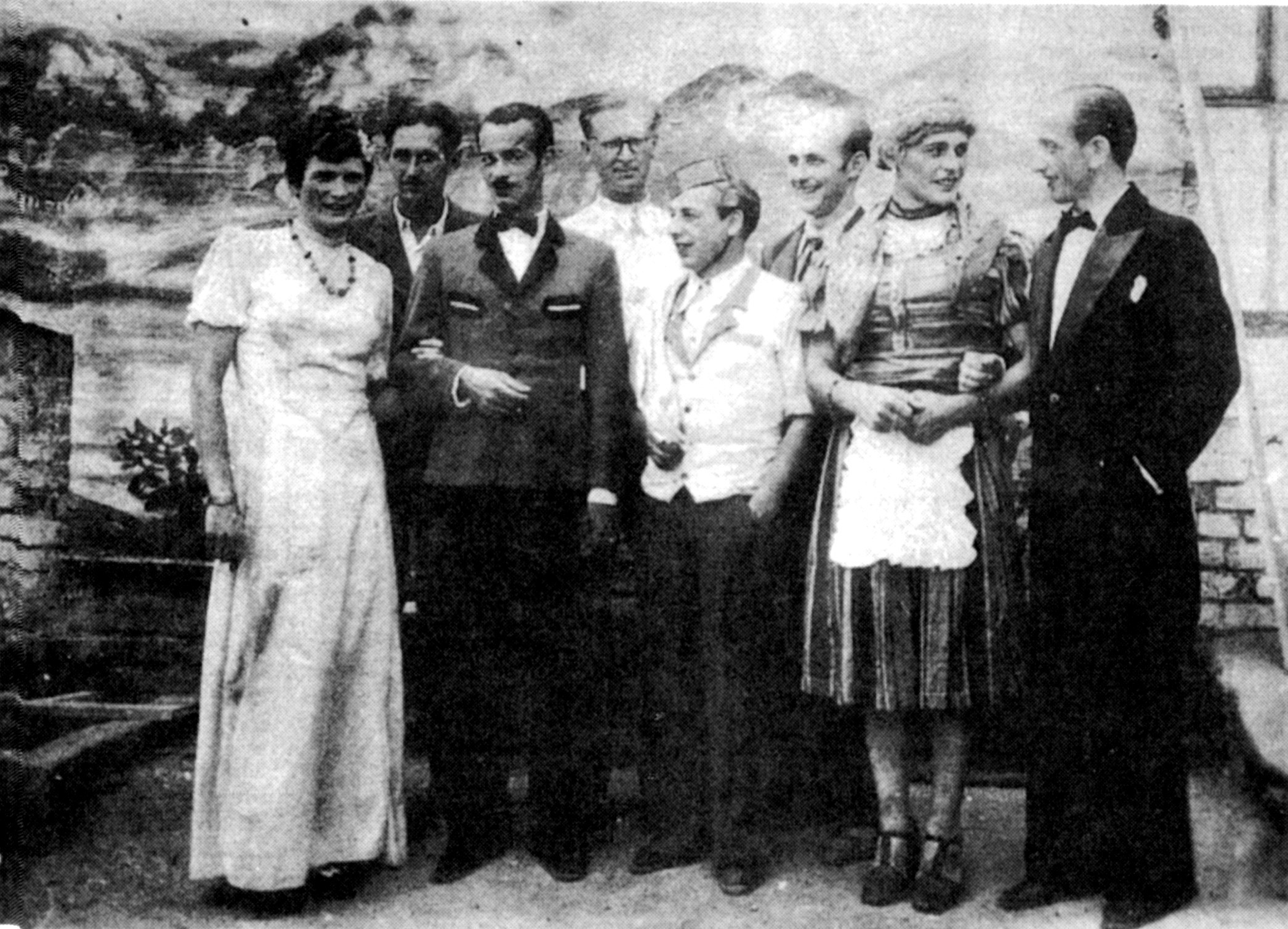 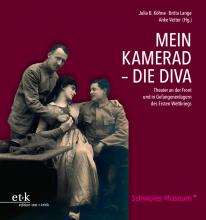 And you will all remember movies such as Privates on Parade showing how the British treated their soldiers with cross-dressing spectacles. (You might also remember the “Honey Bun” sequence in Rodgers & Hammerstein’s South Pacific.)

The Berlin project opens on September 5, it will be accompanied by a book published by edition text + kritik, who already published the Munich catalogue.