“Shake your banana!” At the table in front of me, six women screamed this internally even when Pasquale Aleardi was not playing on his ‘maraca,’ made of a plastic banana. Aleardi & the Phonauten’s comedy revue played an evening of ‘Antidepressionsmusik’ at Bar Jeder Vernunft. My recent mood assured, I was the perfect lab rat. And I wondered how Aleardi’s anti-depressant music might compare to the post-war concept of operetta as a pain killer, as advocated by people such as Bertram K. Steiner (“Operette als schmerzstillendes Mittel”). 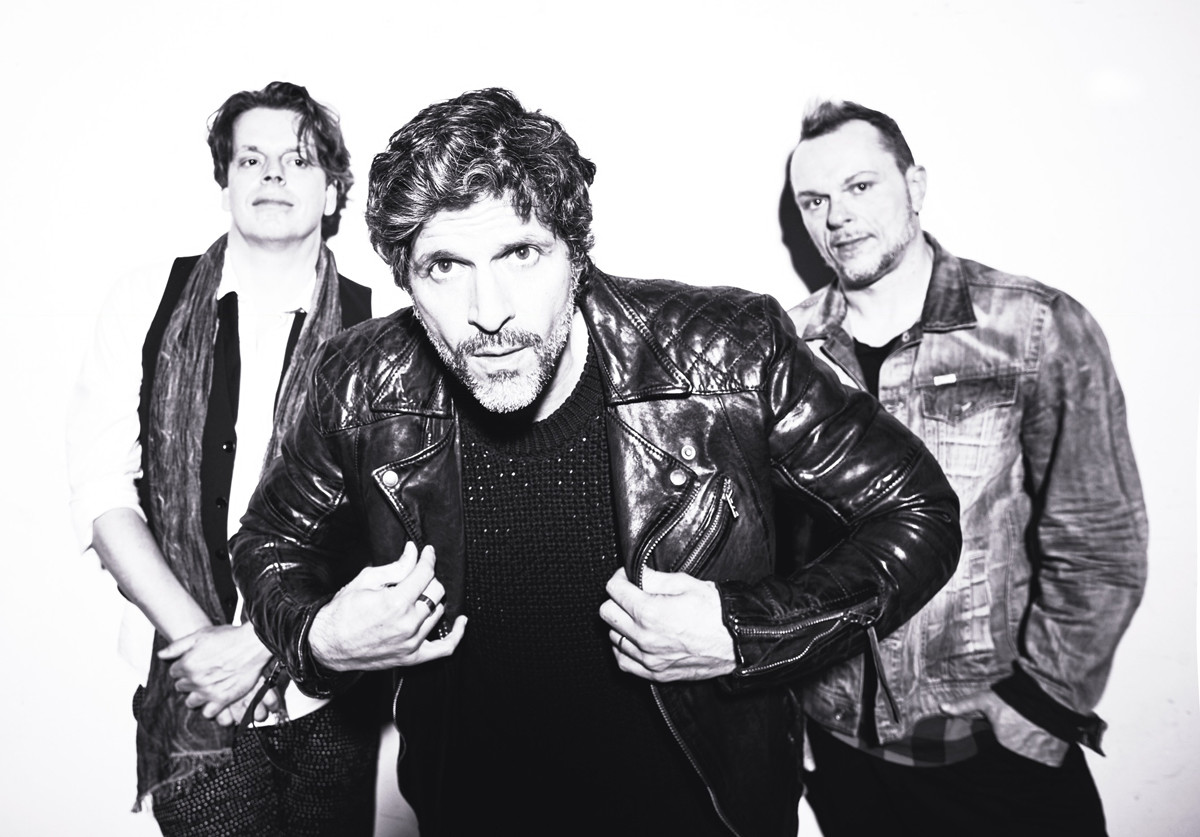 Aleardi is the most famous member of the trio, but he is just one of the three musicians on stage: Jörg ‘Spike’ Hamers and Marc ‘Mary’ Leymann complete the group with their different characters and different instruments.

Their sense of humor is based mostly on an ironic perception of life and self-reflection which is still relatively rare in traditional entertainment productions – or most current operetta performances. You cannot get away using ‘pretence’ in such an intimate venue, having the audience right at your feet.

These are professional entertainers, providing us with what we are promised: a carefree evening with cheerful upbeat rhythms. The evening is a therapeutical session for the audience to release tensions; except it costs less than your average shrink, and it is more fun.

You cannot avoid humming the catchy tunes; and singing a songs out loud with the guys or with the whole audience can really change your perception of things. I wonder if the pain-killer-operetta crowd has ever tried this? And I must add right away: clapping in unison at the end of an operetta performance doesn’t count!

The lyrics we heard all evening did not really overcome the complexity of a shabadabadudum, pappapidubappa, eeeeeeyooooooo, and derivative variants such as duduppashabada or yooooooeeeeee. But why would you need more to jam with strangers?

Maybe this is why I felt the material was sometimes redundant: for the second part I expected new jokes, new pokes, and new targets. Maybe the show would work even better in a shorter version, or just in one part? As everyone knows: one-act operetta are also often much punchier and wittier than endless love-me-or-leave-me tear jerkers.

Apart from the original compositions, nostalgia hits pleased the audience as an extra: I was amazed how the Berlin audience sang Umberto Tozzi’s 1977 hit Ti amo in Italian, practically without accent.

The only ‘tragic relief’ – if you want to call it that – was the poor sound technician’s ballad: because when the night comes, the guys on stage take all the money for the show and exclude him from every kind of fun. This sequence was not just an unexpected funny twist (and a new level in self-reflection), but the technician performed the lament himself.

We certainly did not find an ultimate remedy for sad times and bad periods. (The audience answered the question ‘Is love good against depression?’ with a ‘Naaaaaaaaaah’ immediately, in perfect unison. We must have more things in common than I though.)

However, we all had a splendid time for more than two hours – and in such cases every minute counts. Luckily, there was no pretence, and no existentialist ‘dumbing down’ à la Bertram K. Steiner. That was a great plus, and a better way of using music as anti-depressant. And who knows, maybe one day Mr. Aleardi will sing “Machen wir’s den Schwalben nach” from Kálmán’s Csardasfürstin, as recommended by Mr. Steiner. I’m sure that would give the number a totally new – and updated – aura, where you might also start screaming for ‘maracas’ – instead of falling asleep (as I usually do in this number).