The format of the cabaret operetta has fallen out of favor, somewhat. 100 years ago, theaters all over the world played short and small-scale pieces that presented an ‘intellectual’ alternative to the larger-sized blockbuster operettas we all remember today. The Österreichisches Theatermuseum in Vienna dedicated an exhibition to the Fledermaus Kabarett (1907-1913) a few years ago, it featured shows such as Der Petroleumkönig oder Donauzauber (“Musteroperette in zwei Bildern”) with music by “Sch. Konrad” and texts by Egon Friedell. It also included a photo of Mela Mars as “Elektra” in the parodistic operetta Elektra by Béla Laszky. Glorious stuff, all of it. Later in Berlin, stars such as Max Hansen and Wilhelm Bendow appeared in cabaret operettas – after the big shows (such as Im weißen Rössl) had finished and the actors moved from Großes Schauspielhaus to the Kabarett der Komiker. Now, the Kammerspiele of Deutsches Theater in Berlin is reviving this forgotten genre with a musical show called Jeder Idiot hat eine Oma, nur ich nicht, written and directed by legendary filmmaker and gay activist Rosa von Praunheim, with newly composed music by Heiner Bomhard. 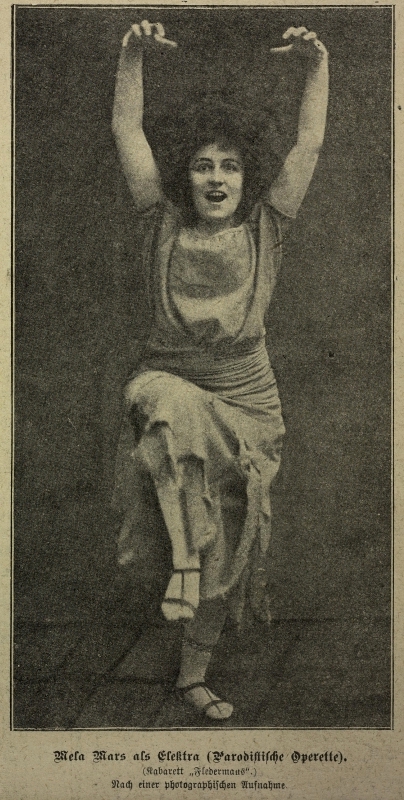 This 2 act show is a biographical revue performed by the sensationally quirky Božidar Kocevski as Rosa’s youthful alter ego in a skin tight (ultra short) yellow pullover, and by Bomhard as the on-stage pianist and dialogue partner.

The show was put on as a celebration of Rosa’s recent 75th birthday, and it tells the story of a typical German LGBT story starting in the midst World War 2 and unfolding in the restricted 1950s and 60s. Part one covers these early years, the escape from the Russian army, the raping of Rosa’s mother by soldiers, the arrival in a small place called Praunheim, the twisted family constellation, the problem of being gay in a time when this was still a criminal offence. Rosa von Praunheim has written a string of little songs to guide you through the evening, they have such telling titles as “Analverkehr” (Anal Intercourse) or “Kleiner Penis” (Little Penis). And Božidar Kocevski delivers them with such gusto on the small bare black stage of the Kammerspiele that you don’t notice the dramaturgic weaknesses of the play too much. 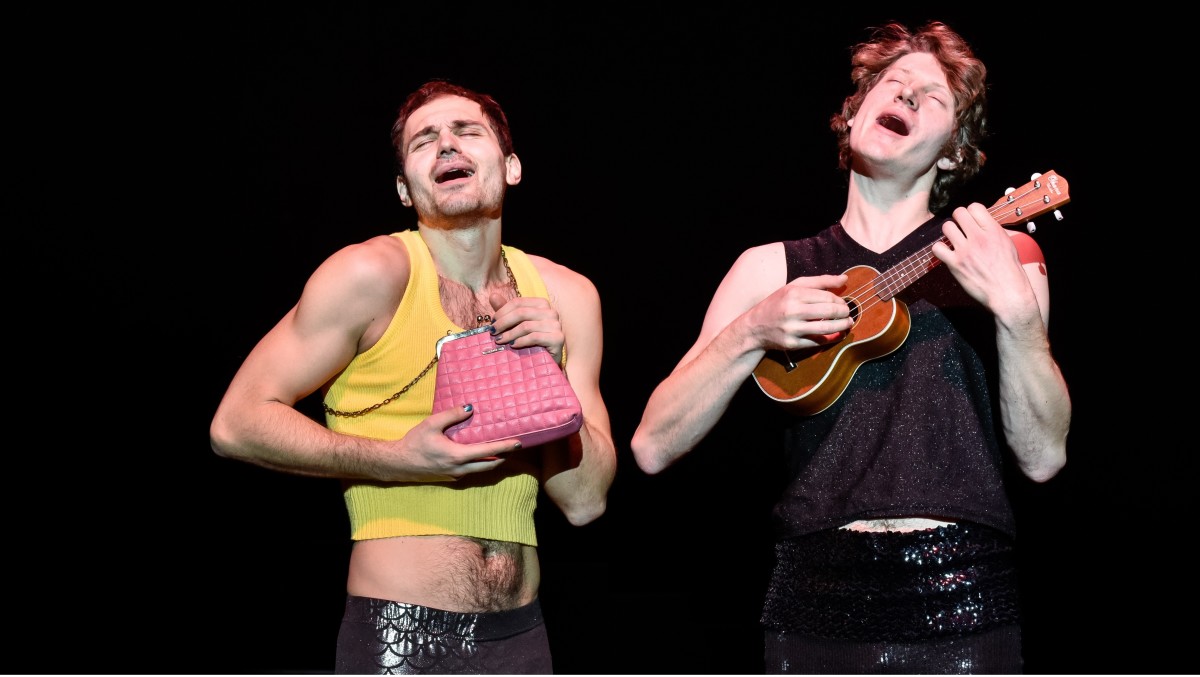 In a way, venues such as Tipi am Kanzleramt or Bar jeder Vernunft have presented similar pseudo-biographical revues for years, with artists like Sven Ratzke. And, to tell the truth, Ratzke and Ades Zabel, the Geschwister Pfister or Gayle Tufts have a better command of showmanship than Rosa von Praunheim. But there is a very special and individual flavor to everything Praunheim does, and so this Jeder Idiot hat eine Oma, nur ich nicht (Every Idiot has a Grandmother, Only I Don’t) is in a league of its own. And the provocative asides – reminiscent of an era gone bye – can still tickle and trigger. They are exquisit trash. Shocking and funny at the same time, relevant and still important. Witnessing this is an amazing experience.

For me, the second part fell apart, plot-wise. But Praunheim wraps things up nicely in the end. He can’t resist continuing his famous ‘public outing’ campaign from the 1990s by suggesting Angela Merkel is a lesbian (among other names dropped). And the many meditations about death (and “sex after death”) are touching, especially by Kocevski and Bombard sing in close harmony.

21 songs from this show have been released on a special CD edition, there’s also a sheet music album with 25 songs, “komponiert nach dem deutschen Schweinheitsgebot.” (A little joke, turning the German beer brewing standard – “Reinheitsgebot” – into something filthy involving “pigs.”) 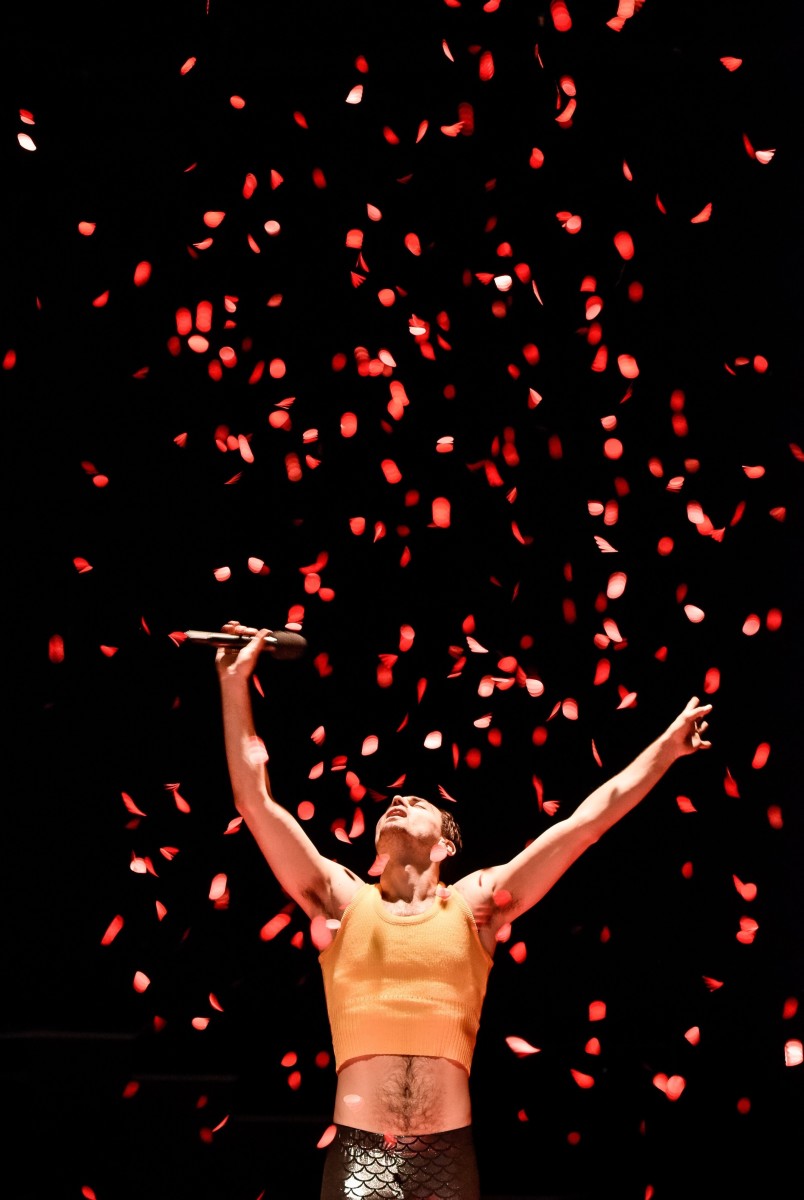 Can Jeder Idiot hat eine Oma, nur ich nicht be seen in the tradition of the famous forgotten cabaret operettas of yonder? The Kammerspiele, as a venue, certainly invite such an interpretation. And the performance style of Božidar Kocevski and Heiner Bomhard – both truly brilliant in their glittery outfits – also invites such an interpretation. Kocevski looks like a beefed-up version of Max Hansen, but he can produce the same cheeky sounds that make him an ideal operetta interpreter. (Is any casting director listening?)

It would be great to see/hear more musical pieces in this theater. Shows such as The Beastly Bombing (“A Terrible Tale of Terrorists Tamed by the Tangles of True Love”) or Elektra or Der fromme Silvanus with music by Leo Ascher and lyrics by Beda (Fritz Löhner-Beda) could easily grace such a place. And it’s high time to re-discover these intellectually stimulating miniature operettas (including Benatzky’s Laridon, a “Rokoko sketch”). Not to mention the cabaret version of Die schöne Galathée that once starred Max Hansen and Gitta Alpar. If the recordings are anything to go by, this must have been a total smash!

Berlin had a famous cabaret operetta tradition, like Vienna. But the Berlin Stadtmuseum hasn’t honored the genre with an exhibition comparable to the Vienna theater museum yet.

Plus, I confess, many of the impertinent jokes made me laugh out loud. I wasn’t the only one … after a stretch of silence in the actual performance, the audience loosened up and loudly laughed too at a show that seems from another time, landed in today’s gender confused world of violent LGBT debates. 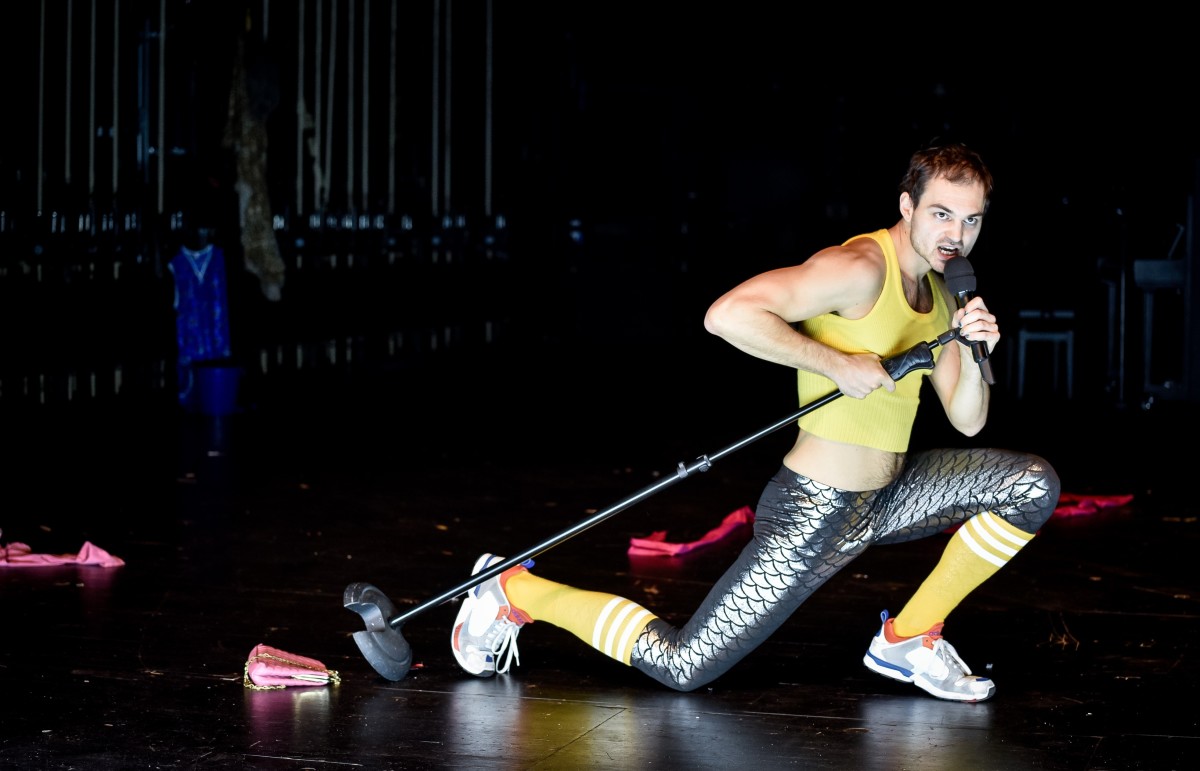 For more information and performance dates, click here. The CD and sheet music are available at/via the theater.

Here is a birthday song from the show for Rosa on his 75th birthday, performed by the two stars themselves.