The Operetta Foundation in Los Angeles has made a brand new cast album of Albert von Tilzer’s 1922 Broadway hit The Gingham Girl. It is part of their series “Musicals Lost and Found.” The president of the foundation, Michael Miller, has allowed us to use his booklet text from the CD: it offers an extensive introduction to this fascinating work and its more or less obscure composer. 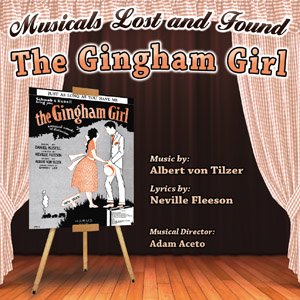 One of his tunes, according to ASCAP, is sung more times a year in America than any other except “Happy Birthday” and “The Star-Spangled Banner.” According to the Los Angeles Times, two dozen of his songs sold more than a million copies of sheet music. His 1922 Broadway show ran longer than any other book musical that year. If you buzzed and said “Who Is Albert von Tilzer,” you are correct. If you then say “Who is Albert von Tilzer,” you are not alone. Virtually unknown today and often confused with his older songwriter brother, Harry von Tilzer (“A Bird in a Gilded Cage,” “Wait ‘till the Sun Shines Nellie,” “I Want a Girl (Just Like the Girl that Married Dear Old Dad)”), Albert was born Albert Gumm in Indianapolis in 1878, eventually following Harry’s lead and assuming his mother’s maiden name with a “von” tacked on. His earliest songs were published by Harry’s music company, but there was little if any future collaboration, as both brothers carved out independent and highly successful careers on Tin Pan Alley. Albert’s 1908 song “Take Me Out to the Ball Game,” set to words by Jack Norworth (who, like Albert, had never been to a baseball game), was (reputedly) introduced by Jack’s soon-to-be wife Nora Bayes and became an instant hit.

Albert’s first contribution to Broadway had come in the 1904 musical play The School Girl—his song “Lonesome” was added to the run as a replacement for “Real Town Lady,” penned by Paul Rubens. In late 1904, he wrote a few songs for the comedy drama Mrs. ‘Mac,’ The Mayor, and the next year wrote his first full stage score, In New York Town, which ran but 42 performances. In 1911 he wrote the full score for The Happiest Night of His Life, featuring Victor Moore in one of his early Broadway appearances. For the better part of the period 1905-1920, von Tilzer contributed songs—as few as one, as many as three—to a dozen musicals, plays, and revues, garnering only minor attention from the Great White Way, but meanwhile carving out a successful career as a Tin Pan Alley tunesmith (“Put Your Arms Around Me, Honey,” “I’ll Be with You in Apple Blossom Time,” “Oh By Jingo!”). In 1920, show producer Sam H. Harris mounted Honey Girl, with score by Albert von Tilzer and lyrics by Neville Fleeson. It played for 142 performances and gave Tilzer’s Broadway career a bit of a boost, although his self-effacing attitude kept him out of the limelight: “The fact that I wrote the song means nothing to the public. Mighty few of the people know that I exist. All I can hope for is that I have something that will appeal to you.” 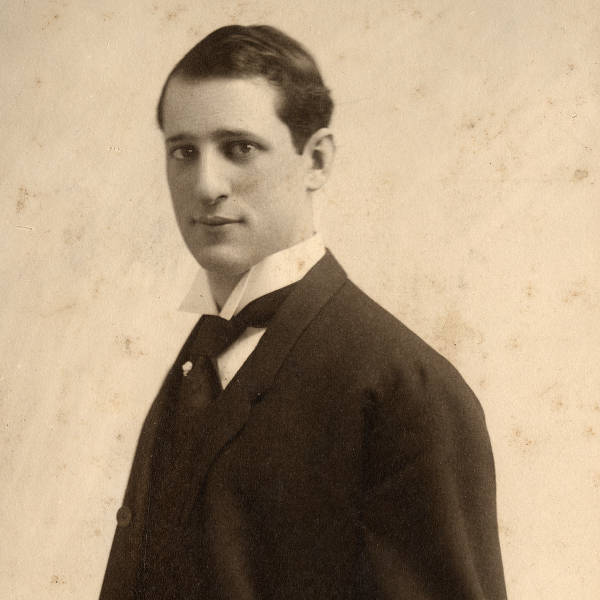 On May 18, 1922, the New York Times reported that a new theatrical producing firm, headed by Laurence Schwab and Daniel Kusell, would be producing its first show, the musical comedy Love and Kisses, which would be opening in pre-Broadway tryouts in Atlantic City on June 5 and heading to New York two weeks later. When, after further tryouts in Wilmington, DE and Asbury Park, NJ, it became clear that the musical needed work, the producers closed the show. Over the summer, four new leads were hired and the chorus was cut in half. On August 4, the show reopened in Stamford, CT, under the watchful eye of infamous Boston city censor John Casey, who suspected that the show’s title was suggestive of salacity. The show passed muster, but the Stamford performance was, according to Variety, listless, languid, and gloomy. Half-price tickets were offered for the Boston opening on Monday evening, August 7, but two hastily scheduled rehearsals on Sunday and Monday paid off handsomely—the show was a huge hit. By the time it opened on Broadway on August 28 at the Earl Carroll Theatre, the title had been changed to The Gingham Girl. On April 30, 1923, the show transferred to the Central Theatre, where the role of Jack Hayden was taken up by William Frawley, of future I Love Lucy fame. The show closed on June 2—its 322-performance run exceeded those of shows that year by Gershwin, Kern, Herbert, Romberg, Friml, Tierney, Berlin, and Cohan. The New York Times captured the show’s essence: “Here is a native little story that is almost pathetic in its simplicity, nor can it be said that there are extraordinary talents among its interpreters. And yet out of it someone has made a lively and entertaining musical comedy—certainly a far more entertaining one than anybody had a right to expect.”

The Broadway run, however, was only the beginning. Over the next three years, the show toured from coast to coast, enjoying a four-month stay in Chicago, two months in Philadelphia, and eventually splitting into “B” and “C” auxiliary companies that blanketed the country.

In April 1927, it was reported by the New York Times that Joseph P. Kennedy, on behalf of his studio, Film Booking Offices (FBO), had engaged noted film actress Lois Wilson to star (as Mary) in a silent-screen version of The Gingham Girl. The film, quite faithful in concept to the Broadway musical, opened in New York on July 16. Variety, however, took exception to storyline cuts aimed at cutting down the running time, lamenting the missed opportunity to make what otherwise could have been “an almost flawless comedy … one of the best bets that the summer season has had.”

Australia, ever with an eye on importing hit Broadway and London West End shows, brought The Gingham Girl to Sydney’s 2500-seat Empire Theatre in October 1927. In this version, Mary did not bake cookies, but rather invented a variety of doll known as “Tweekie,” which became the name of the show in this down-under production.

Emboldened by the Broadway and touring success of The Gingham Girl, von Tilzer and Fleeson joined forces and opened their own music publishing house on Broadway. In 1927, they collaborated on one final musical, Bye Bye Bonnie, which enjoyed a respectable 125-performance run and featured, in secondary roles, Ruby Keeler and William Frawley. Fleeson died in Illinois in 1945 and von Tilzer, in Los Angeles, in 1956.

In September of 1949, the press reported that producer/director Gilbert Stucker would be staging a revival of The Gingham Girl, with a December opening slated and hopes that 21-year-old film and stage actress Penny Edwards would assume the title role. The project did not materialize … no further word was heard from the show … until now!

As was typical for musical shows of the period, songs were constantly dropped, added, modified, and re-assigned during the pre-Broadway out-of-town tryouts, the actual Broadway run, and the ensuing national tour. Such alterations occurred for a variety of reasons: a singer who was not vocally up to the task, a feeling that a song slowed down or misdirected the action, or a verdict by the show’s producer or commanding singer that a song was just not up to snuff. This CD recording, in tracks 1-18, follows the published Samuel French vocal score. The four “bonus” tracks (19-22) present songs that did not appear in the vocal score, but were published as sheet music and performed at some point during the production run: “Business Is Bad” appeared originally as the opening of Act II, Scene 1; “Libby” was replaced by “Newlyweds”; “Love and Kisses” was replaced by “The Gingham Girl”; and “Forty-Second Street Strut” was replaced by “When My Buddy Steps with Me.”