This week-end, the Staatsoperette Dresden will present a new staging of Lehár’s notoriously homoerotic Der Zarewitsch where the tenor turns his back on all womankind and finds emotional “relief” with a young male Circassian dancer. 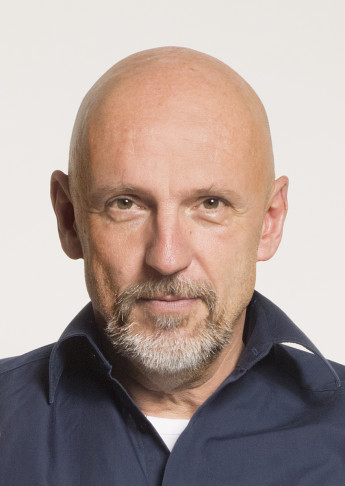 The two run away together. It’s only later that the Tsarevich discovers that the dancer is a girl – which he can’t marry anyway. When in the final act he learns that his father has died, he knows his revolutionary relationship cannot continue, as he is now the Tsar and Sonja (the boy dancer) not a suitable marriage-match. The operetta ends with a “bittersweet royal-commoner parting.”

Along the way to this tear-jerking finale, there are some world-famous numbers, among them the “Wolgalied” (“Steht ein Soldat am Wolgastrand”) and the melancholic waltz-song “Einer wird kommen, der wird mich begehren” (Someone will come and desire me), something of a gay anthem of its own right and a favorite with androgynous sopranos.

In Dresden, Robert Lehmeier is returning to the Staatsoperette to stage this Richard Tauber operetta from 1927, after he had successfully put on Giuditta in Dresden, a year ago. At a pre-premiere matinee, Mr. Lehmeier pointed out that the homoerotic aspects of the work interest him especially, and by all accounts he seems to have come up with a coherent and gripping interpretation for them – probably more typical for the usual Lehmeier style than a usual Staatsoperetten production. (Which we see as a plus!) 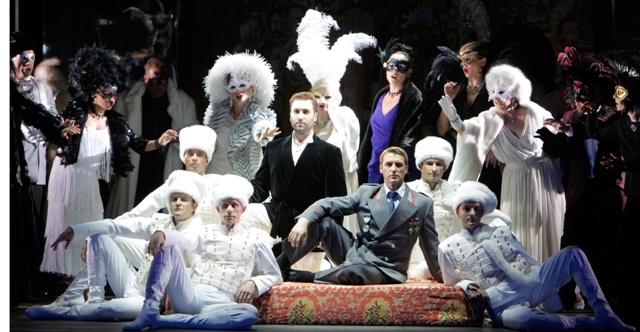 If you look at the advance photos – with costumes and sets by Markus Meyer – you certainly can see that the creative team have added “high camp” to the standard operetta fare in Dresden. The group photo, especially, looks like a variation on Behind the Candelabra, glittering fantasy uniforms included.

Of course, we would applaud a Steven Soderberg staging of any (!) operetta, not to mention seeing the likes of Matt Damon, Michael Douglas or Cheyenne Jackson in one of them.

Till that happens, if ever, this new Zarewitsch might be the closest you will get.