Wolfgang Dosch is not just a great operetta teacher at the conservatory in Vienna, he is also an assured singer and energetic advocate of off-the-track operetta, giving concerts, again and again, that present lesser known titles from the vast repertoire. 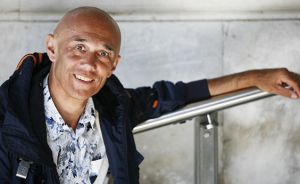 It will be an interesting alternative to the World War 1 journey soprano Anna Prohaska has recently issued on Deutsche Grammophon, Behind the Lines. While Miss Prohaska sticked exclusively to “classical” songs, Mr. Dosch will devote himself to the many operetta titles composed between 1914 and 1918.

Wolfgang Dosch is partnered by Harumichi Fujiwara at the piano for this concert, which starts four o’clock. Tickets are 15 Euros.