It seems almost only yesterday that Charles Kalman died, and had his memorable musical funeral in Munich. Now, his wife Ruth Claire Kalman passed away too, on March 10. 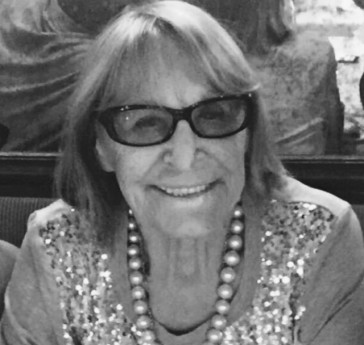 Ruth Kalman had been a journalist when she met Charles Kalman for an interview. They stayed together for many decades; she brought two young boys into the marriage: Herbert and Robert Jarczyk-Kalman. They are the sons of composer Herbert Jarczyk (1913-1968), the younger brother of composer Michael Jary (“Ich weiß, es wird einmal ein Wunder geschehn”).

Ruth and Charles shared a penthouse in Munich’s Maximilianstraße and were wonderful hosts; I recall many evenings with them, talking about music and Charles’ various musical theater projects, but also – in depth – about the Emmerich Kalman family history.

It was Charles, with the support of his wife, who decided to tell the full truth about his mother Vera after she had died in 1999.

Thus enabling a new writing of the Kalman biography, that had long been monopolized by his mother and her various “legends.”

In their later years, Charles and Ruth Kalman traveled between Munich, a house in Northern Italy and their apartment in Nice, Southern France.

After a short severe illness, Ruth died on Wednesday. I had last seen her at the Csardasfürstin gala in Budapest, where she was one of the star guests, together with her sister in law Yvonne Kalman.

Her two sons, who have both taken on the Kalman name, work in the film industry. They sent out a message to all friends and relations yesterday with the news that “for us the sons, this is the worst day of our lives, we have lost our sunshine. We were always so proud of our wonderful mother.”

Ruth Kalman was born on February 15, 1929 – the same year Charles was born in Vienna.