Are you ready for this? The Semperoper Dresden and its musical director Christian Thielemann will dedicate the 2014 New Year‘s concert to Emmerich Kálmán’s Die Csárdasfürstin. The soloists for this concert performance of highlights, broadcast live on German TV and later released on DVD, are Anna Netrebko and Juan Diego Florez. 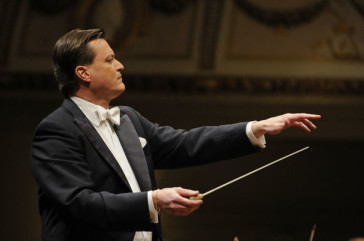 Yes, you are permitted to rub your eyes for a second, or two maybe. Anna Netrebko has been singing Sylva’s “Heia, in den Bergen ist mein Heimatland” as an encore many times, and she certainly has the bouncy flair for the gypsy elements in that song. But her German has always been somewhat erratic. Which is not a problem when you sing an encore. But what about a whole role? You might say: If she can do Elsa in Bayreuth, she can do Csárdasfürstin in Dresden. “Yes, she can,” obviously.

Then there is star-tenor Juan Diego Florez from Peru, who is also not known for singing German repertoire. More importantly, the role of Edwin in Csárdasfürstin is notorious for not including any solos.

Which is why many tenors have included the tango “Heut’ Nacht hab’ ich geträumt von dir” which Kálmán wrote in the early 1930s for a jazzed-up version of Csárdasfürstin in Berlin. Perhaps Mr. Florez will have some additional ideas? 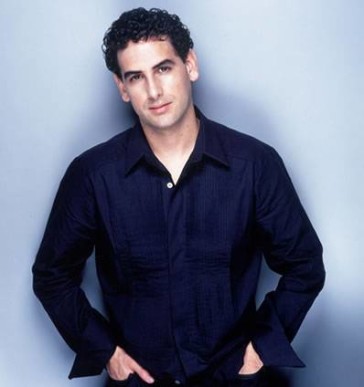 The whole project is led by Christian Thielemann who promotes himself as a “bekennender Operettenfreund,” which roughly translates as an “out and proud operetta fan.” In many interviews, in the past, he has emphasized that the genre needs to be taken seriously and that there is more to it than just lush tunes sung by lush voices. I am not sure how a concert like this Csárdasfürstin will prove his point. (If there ever was a point to any of these statements.)

The concert is on December 28, at 8 pm, the TV broadcast is on the same evening at 10 pm, on the ZDF station. Their slogan is “Mit ARD und ZDF sitzen Sie in der ersten Reihe,” i.e. with the two main German state channels you are seated in row 1.

From past experience, I can confirm that the sound quality is far better on TV than live in the theater.

And, to tell the truth, the atmosphere at the Semperoper itself, on a New Year’s concert night, was not particularly festive. So you are definitely getting more value watching it on screen.

Kálmán’s daughter Yvonne has been battling for years to get this Csárdasfürstin with her friends Anna and Christian off the ground. It’s understandable that she is very pleased to see it finally happen. The original idea of teaming up Miss Netrebko with Jonas Kaufmann for the occasion woul have probably worked better, certainly from a language point of view. But the international audience, for who this event is ultimately made – never mind that the German TV is paying for it – does not care about proper pronunciation. They want big names, or so the reasoning goes. And Netrebko, Florez and Thielemann are certainly “big,” as Norma Desmond used to say. (It’s the operettas that got small….?)