There’s something supremely uplifting about starting the new year with Franz von Suppé’s rousing Fatinitza march as played by the Vienna Philharmonic Orchestra on 1 January, 2021. Watching Riccardo Muti conduct this number makes you wonder if the orchestra might not actually be playing by itself. But who cares, since what you hear is pretty glorious. It makes you ponder why music from Fatinitza or other Suppé masterpieces hasn’t been part of the Vienna Phil repertoire earlier. 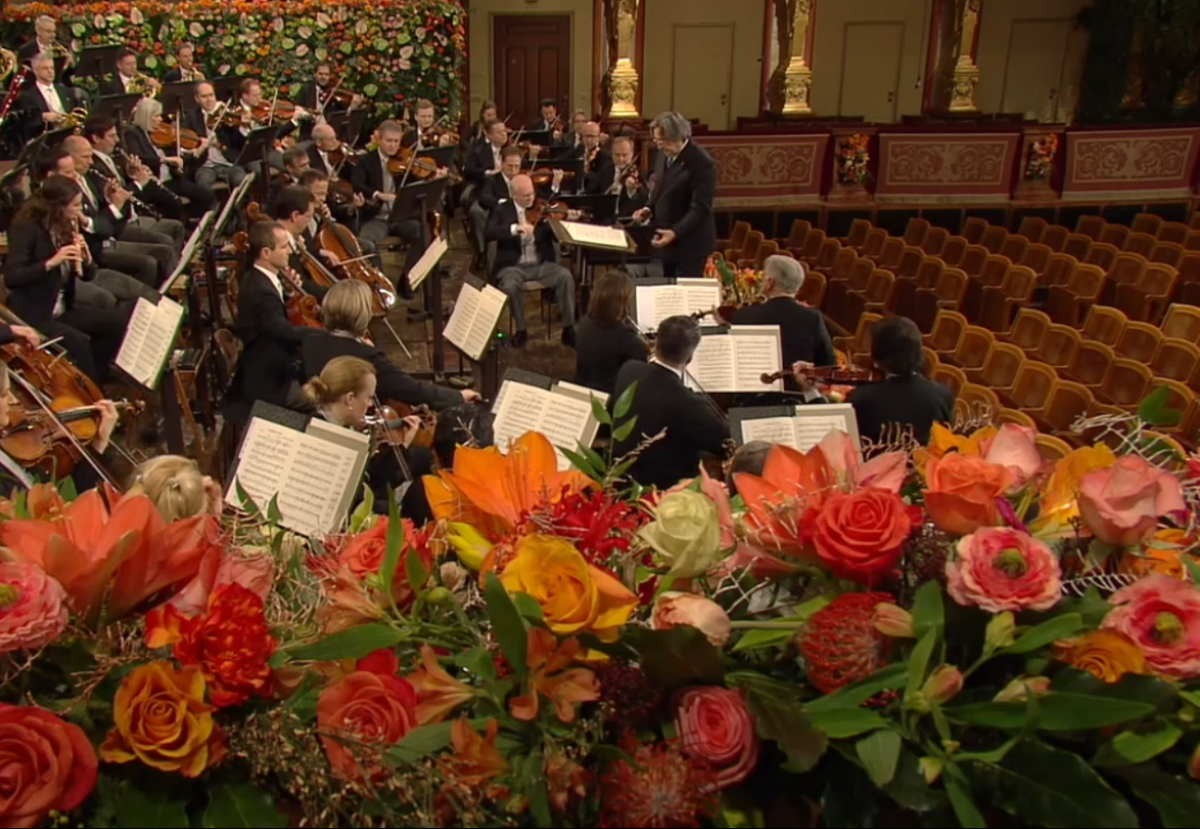 Due to Corona the “Golden Musikvereinssaal” in Vienna remains empty this year, no audience is present. Only millions at home are watching the concert on TV or their phones. To make proceedings a little less lifeless, fans at home were invited to send in photos and videos of applause, which you see/hear at the end of each part of the concert. It was an experiment that I wished they had utilized a bit more to create the sense of a live event with interaction despite Corona, instead of a marvelously played concert with so many flowers you wonder if Austria will remain “deflowered” for the rest of the year…

Apart from the usual Strauss family suspects there were quite a few famous operetta composers on the program this year. Suppé got another chance to sparkle with his Dichter und Bauer overture, there was also Carl Zeller music (Grubenlichter Walzer) and Carl Millöcker (with the gallop In Saus und Braus). Sadly, nothing from Vogelhändler or Bettelsstudent.

The rest: business as usual, including Frühlingsstimmen and Kaiserwalzer, played with real Viennese lilt and with a golden aura of luxury. Plus the ballet of the Vienna State Opera dancing through parks and historic momuments in “fake” historic costumes. But at least everyone is young and pretty and carefree looking. Which is what audiences worldwide probably expect. 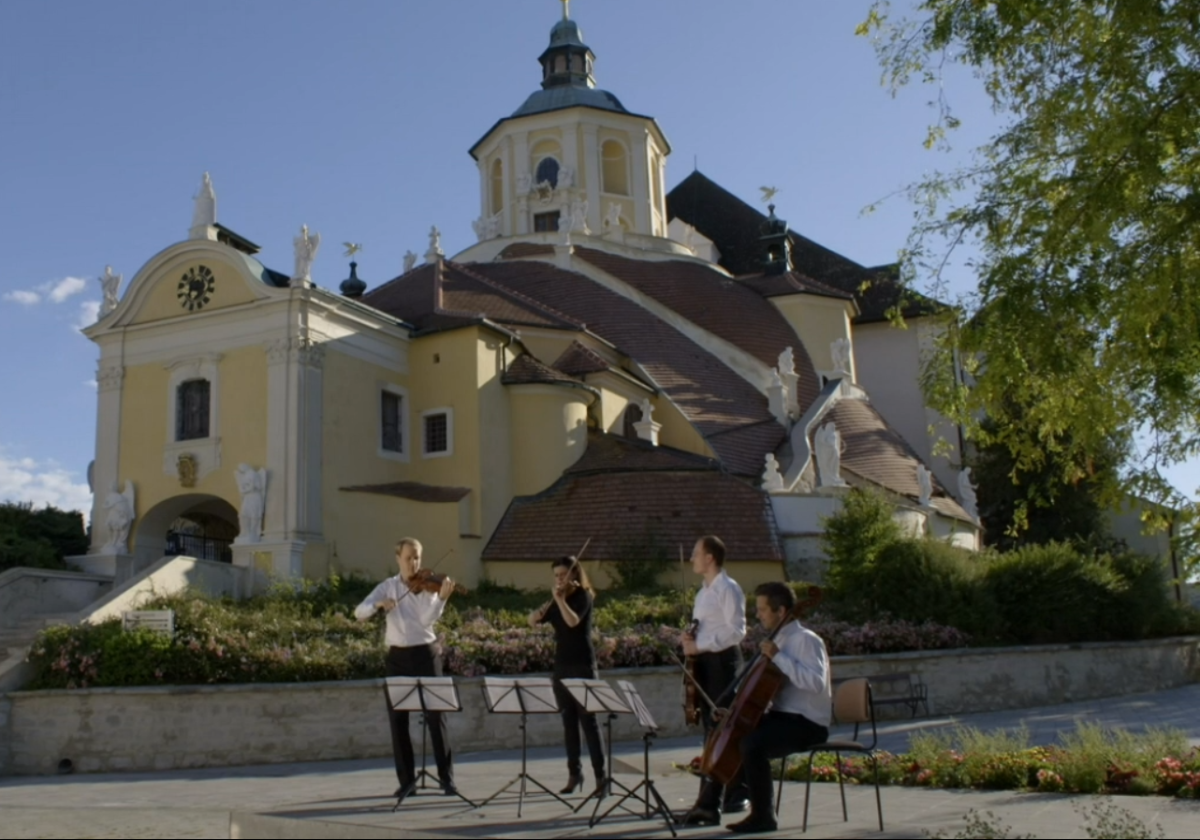 Scene from the movie “Happy Birthday, Burgenland” shown during the interval of the 2021 New Year’s Comcert. (Photo: Screenshot / ZDF)

During the interval Felix Breisach takes viewers on a nostalgic trip to the so called “Burgenland” region where the Mörbisch operetta festival is also located, though not mentioned or shown in the film. (Don’t want to advertise the competition?) You’d think time had stopped there 100 years ago and that there’s a string quartet or brass band sitting in every wine hill or beer garden. The soundtrack includes the German national anthem, which was of course composed by Haydn, you hear it played in its original quartet version in Esterhazy Castle where Haydn lived and worked for years. Was this an attempt to show the Germans (or the world) that “we got there first”? Surprisingly, Kalman’s czardas from Gräfin Mariza makes a brief and fiery appearance. 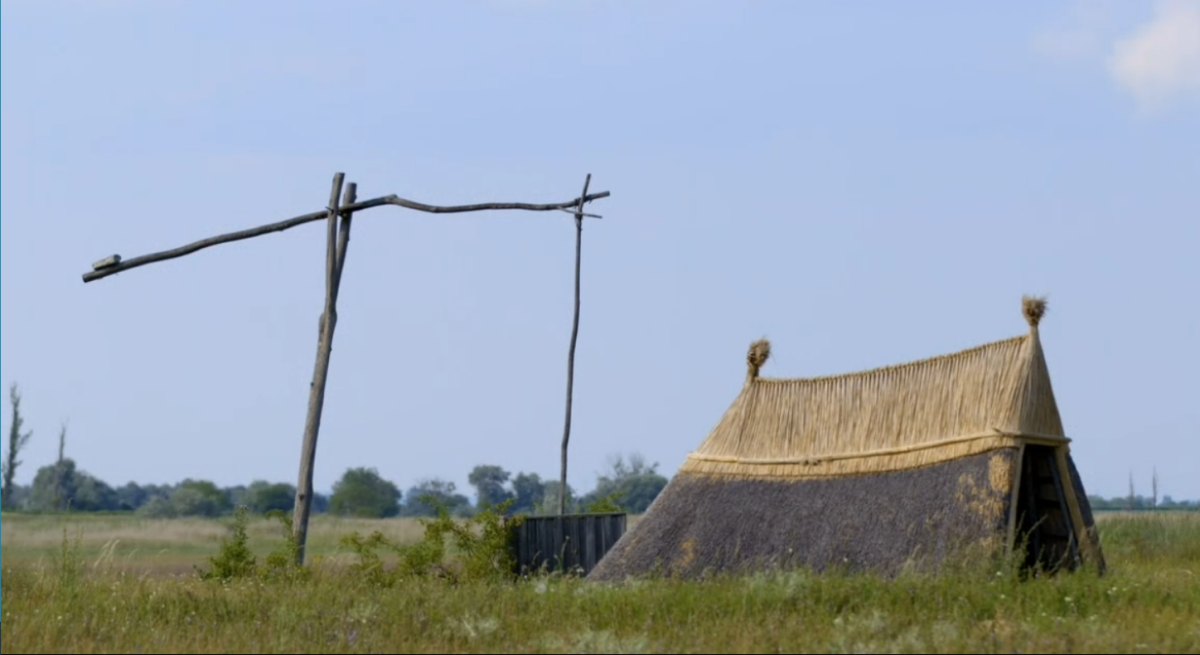 Showing such a tourism promotional film every year seems to be the real reason this concert exists in the first place and is so lavishly produced. Austria as the land of yesteryear – with the Philharmonic Orchestra (all white, by the way) doing their own yesteryear thing, no matter what happens in the outside world. Which is not without its soothing effect. 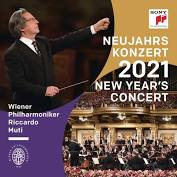 The CD version of the 2021 New Year’s Concert from Vienna. (Photo: Sony)

The CD version of the concert will be out on Sony Classics. Production will start as soon as the last notes of An der schönen blauen Donau and the Radetzky Marsch have evaporated.

Let’s hope this concert stirs new interest in Suppé’s Fatinitza, and let’s hope there will be a new full recording of it soon, so the world is not left with the shockingly uninspired (and miscast) double disc from the Bad Ischl festival (on cpo). For more information on the gender-bending Fatinitza, click here. And while we’re at it: a full recording of Suppé’s Boccaccio with a cross-dressed title role (as originally written) is also on my 2021 wish list!

So, happy New Year and let’s see what operetta delights lie ahead.