After a successful 2017 season, the team working with young Emmental director Simon Burkhalter is once again relying on last year’s approach of bringing not only a straight play but a musical show to the open-air stage: Der Vetter aus Dingsda, the 1920 operetta by Eduard Künneke. 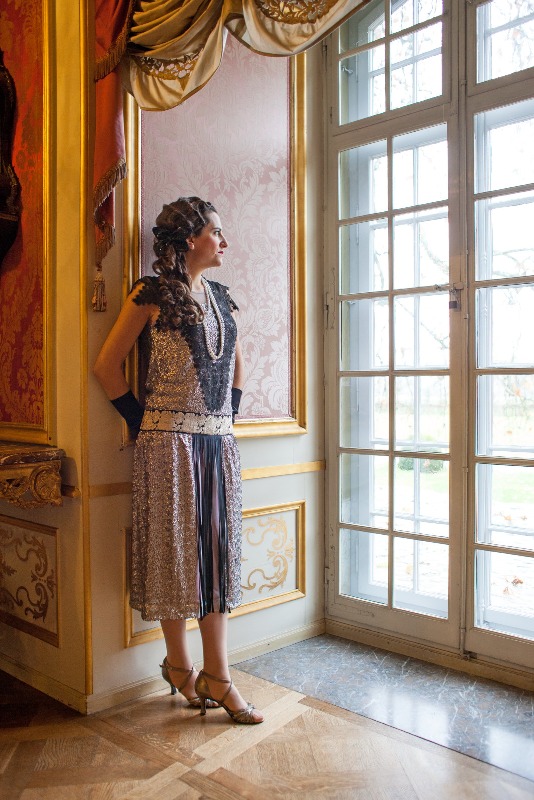 For this musical production, Freilichtspiele Moosegg have chosen one of the most famous of Berlin operettas, which evokes the syncopated Twenties. It tells the story of young Julia, rich heiress of Castle De Weert near the Dutch border, who has been waiting for her beloved cousin Roderich for seven years. Seven years prior, Roderich had simply set out for “Dingdsa,” some place in East Asia, and was not seen since. Meanwhile, Julia’s guardians are making plans to get their hands on the de Weerts’ fortune. When news arrives that cousin Roderich will return to the castle soon, emotions run high. But things get really confusing when there are suddenly two Roderichs on the door step.

The operetta is peppered with plenty of famous melodies such as “Ich bin nur ein armer Wandergesell” or “Strahlender Mond.” Not to forget the famous “Batavia Foxtrott.”

The author Domenico Blass, famous in Switzerland for writing comedy pieces, has “spiced up” the operetta for Moosegg Freilichtspiele. The direction is in the hands of Simon Burkhalter.

A special feature of this production, apart from the fast-paced dramaturgy, is the venue where the operetta is being performed at an altitude of almost 1000 meters.