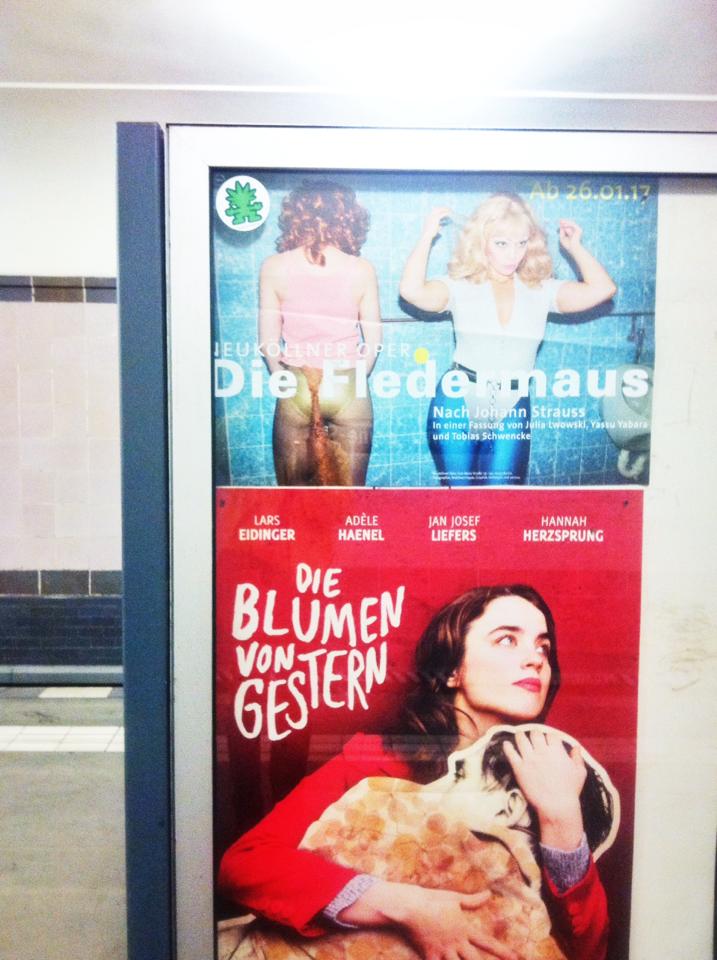 Some local critics, such as Kai Lührs-Kaiser, raved about the production and its frizzle on the radio. Others called it “highly amusing” and “lively.” Some even expected a “scandal” because of the promised porn elements and age restriction. I admit, this made me overcome my reservations about the usual deconstructions I had seen, and not liked, at Neuköllner Oper. And a pornographic Fledermaus was certainly something I wanted to see. So I went to Karl-Marx-Straße to a sold-out second performance. Young people mixed with elderly couples, all smiling happily as the small orchestra (Trio LACCASAX) with accordion, saxophone, contrabass and piano started playing a shortened version of the overture.

The Strauss music sounds great in this thinned-out arrangement.

Whether it also works well as the soundtrack for a live f***-video showing Eisenstein (Thorbjörn Björnsson) with a lady friend is a different question everyone needs to answer for him- or herself. Because even though this operetta is about sexual escapades, that doesn’t mean that each and every number is about intercourse. But: hearing the overture with such visuals is interesting, to say the least. As is the rest of act 1 which sticks, more or less, to the basic plot lines, but cutting many important scenes, which makes it rather difficult to follow the action as a logical string of events. But there is amusement in seeing Eisenstein and Rosalinde (Hrund Ósk Árnadóttir) as a Finnish couple in a Finnish sauna, where sex guru Alfred (Magnús Hullar Jónsson) gives massages and an Asian Adele (SuJin Bae) has to run around with a blonde wig and in tights. The ambience – with non-stop video projections – is deliberately trashy, very much in the beloved hipster style of the Neukölln-Kreuzberg neighborhood. Tourists from around the world come to Berlin to experience exactly this kind of ambience. 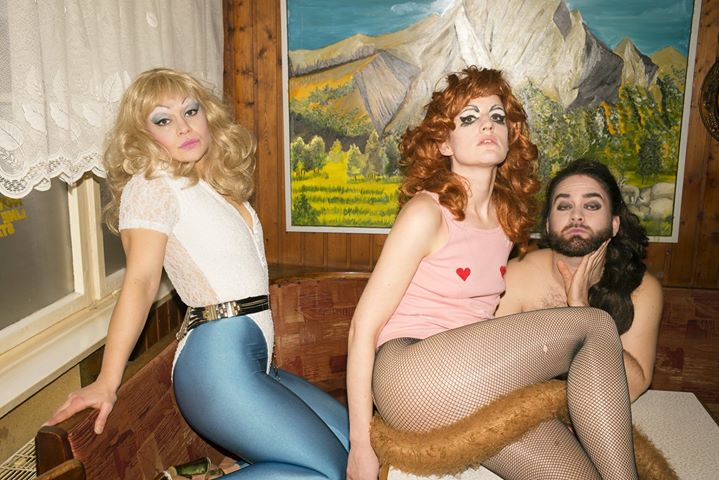 During the interval, during which the audience could walk around in the sets of the production and sip G&T, vodka lime, and beer, the general mood seemed relaxed and happy. A young American friend who came along for his first-ever Fledermaus was impressed by the location and performance, and enjoyed himself. More than I did. But I thought: okay, let’s see how this continues, and let’s try and understand what such a young person finds so thrilling here.

If act 1 stuck to the basic plot, act 2 and 3 went somewhere entirely different.

We were at a party alright, and there was a Prince Orlofsky (three actually: one as “Orgasm,” one as “Frosch,” one handing upside down from the ceiling, as a XXL-bondage doll), with some of the other rudimentary elements also present, such as the czardas and Adele’s laughing song. But everything was mixed up with other music, re-located and very random. At some point I wasn’t sure how much longer this was going to go on, because there was no clearly defined finale in sight.

The result? I never saw so many people leave a show, young and old alike. So it wasn’t just about old-fashioned operetta fans being put off. After the big “Duidu” – with a lovely under-water video being projected onto the walls – parts of the audience were asked to come along to prison, which was a large back-room. Since I and my American friend where among the selected prisoners, we followed our “officer” pianist Nadezda Zelujkina (who did a fabulous job throughout the evening as music director). When we came back into the auditorium it was more than half empty, with the last people rushing to the exit, grabbing their coats. While Orlofsky 2 sang a soulful song in an endless loop.

Where does that leave things?

My US friend had wanted to leave, too, before we were chosen for prison break, claiming that the fun he had had in part 1 had evaporated and he found what he saw boring after three long hours.

The production by Julia Lwowski (born in Odessa) and her team is not her first at Neuköllner Oper, she already deconstructed Macbeth and Elektra there. With a grant from the German government called “Fonds Doppelpass” (for people with two passports) Lwowski and her “collective” will tackle Turandot and Fidelio in 2017. This Fledermaus was also financially supported with money from Berlin’s major (Mittel des Regierenden Bürgermeisters von Berlin – Senatskanzlei Kulturelle Angelegenheiten) and the Hauptstadtkulturfonds. I was slightly stunned that they handed out money to support more of these supposedly “experimental” deconstructions. Not because I am against experiments in operetta, or anywhere else. But if you are going to rip a show apart, whether it’s Die Fledermaus or anything else, yet have absolutely no idea what to offer instead, except a huge pile of trash that gets bigger and bigger as the evening progresses, I don’t quite see what the point of supporting such a wrecking orgy might be, from a government point of view. “Is a puzzlement,” as someone in a famous musical comedy once said. 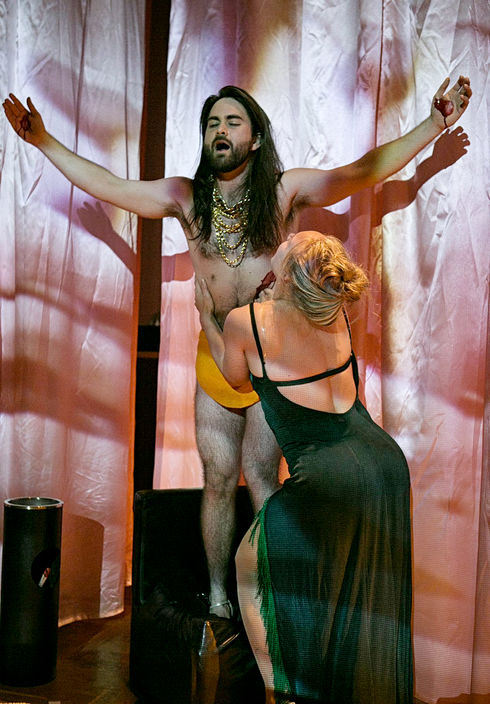 Looking back without anger, I have to say that many ideas and individual performances in this Fledermaus were memorable, e. g. Vera Maria Kremers’ “orgasmic” Orlofsky 1 and Hrund Ósk Árnadóttir’s elegant Rosalinde. Also, the inclusion of an article on “Der Club der Spermatrinker” (“the club of the sperm drinkers”) in the small 3 Euro program book was fascinating. The text is from La liberté ou l’amour by Robert Desnos, 1927. Having read it before the show, I kept waiting to see how this information about sperm drinkers will affect the actual staging. It didn’t really, except that Eisenstein spat raw egg yolk into the mouth of his partner, and back, and forth again. Till there was yellow smear everywhere.

My favorite line came from Thorbjörn Björnsson, covered up only in a very short bathrobe, discussing his balls with Dr. Falke, a S/M Master and “family friend” (David Ristau). Björnsson’s balls got special mention in the first-night reviews. He complained that no one had said anything about how he sang or acted, critics only wrote that his balls were spotted – and shaved. That did get a big laugh, but that was before the interval, when hopes where still high. (By the way, Björnsson sings well and is a vocally/visually interesting Eisenstein, with or without shaved balls in plain sight.)