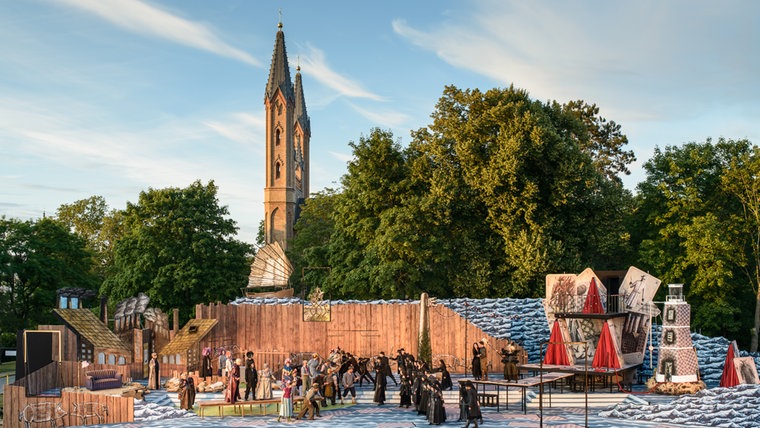 While the production itself is the obvious main reason for travelling to Neustrelitz, there is another related attraction: a double exhibition on Johann Strauss and this 1885 musical masterpiece. You will recall that last year, for the first time, the Hotel Schlossgarten Neustrelitz presented a surprise exhibition on Erik Charell, when Im weißen Rössl was on. This year, the hotel owner Jürgen Haase decided to repeat this concept with a slightly smaller but equally impressive Strauss exhibition in the main hall of his hotel. Once more, he dazzles visitors with material not generally familiar. Last year, he managed to organize very rare fashion magazines that had mostly unknown photographs of Mr. Charell. This year, he unearthed objects you are not likely to find in any of the standard Strauss publications. 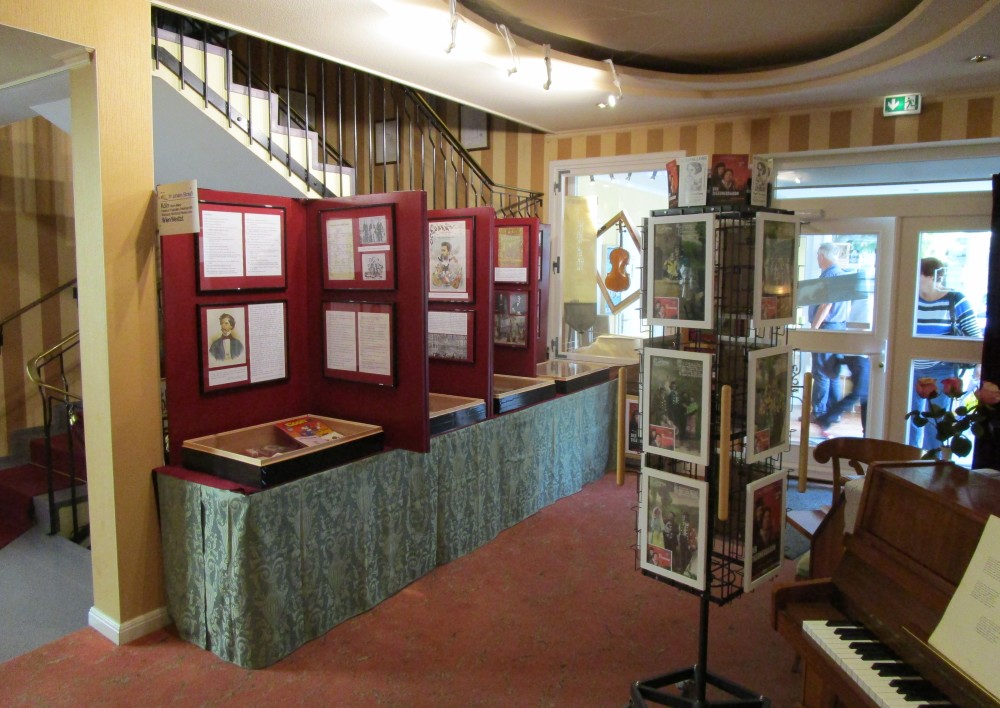 Chief among these rarities is – are you ready for it? – a Goofy comic in which the famed Disney character is presented as the waltz king himself. In “A Comic History #30” Mickey Mouse is also part of the adventure. 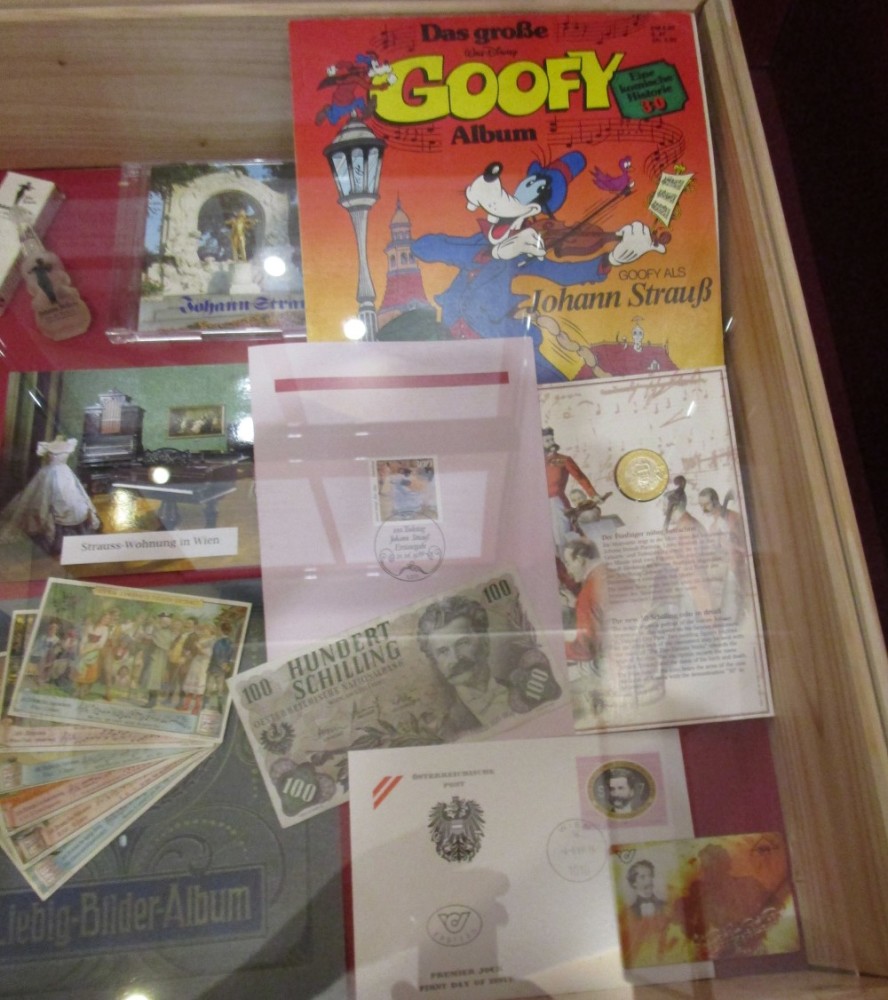 I’m not sure if this ever appeared in English too. If it did, you should try to grab it as it’s hilarious. Not that it sticks to any historic facts, but as a fun exercise it’s a definite unusual take on waltz music and Strauss. And a welcome alternative to what the New Year’s Concert from Vienna creates in terms of image. 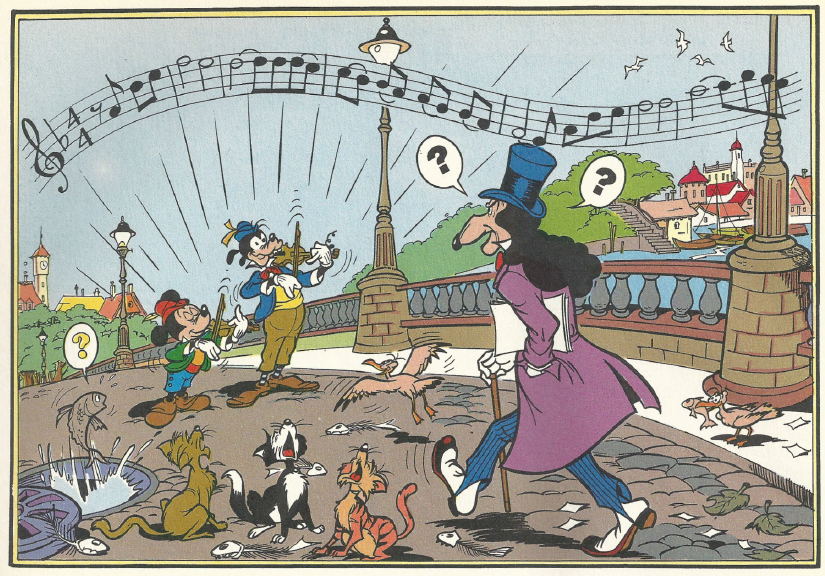 Scene from the Disney cartoon featuring Goofy as Johann Strauss.

The other items are eclectically mixed and follow no obvious order, but that makes browsing all the more easy. There are Strauss cooking recipes, as well as a program from the Städtische Oper Berlin 1940 with Elisabeth Schwarzkopf in the cast list. 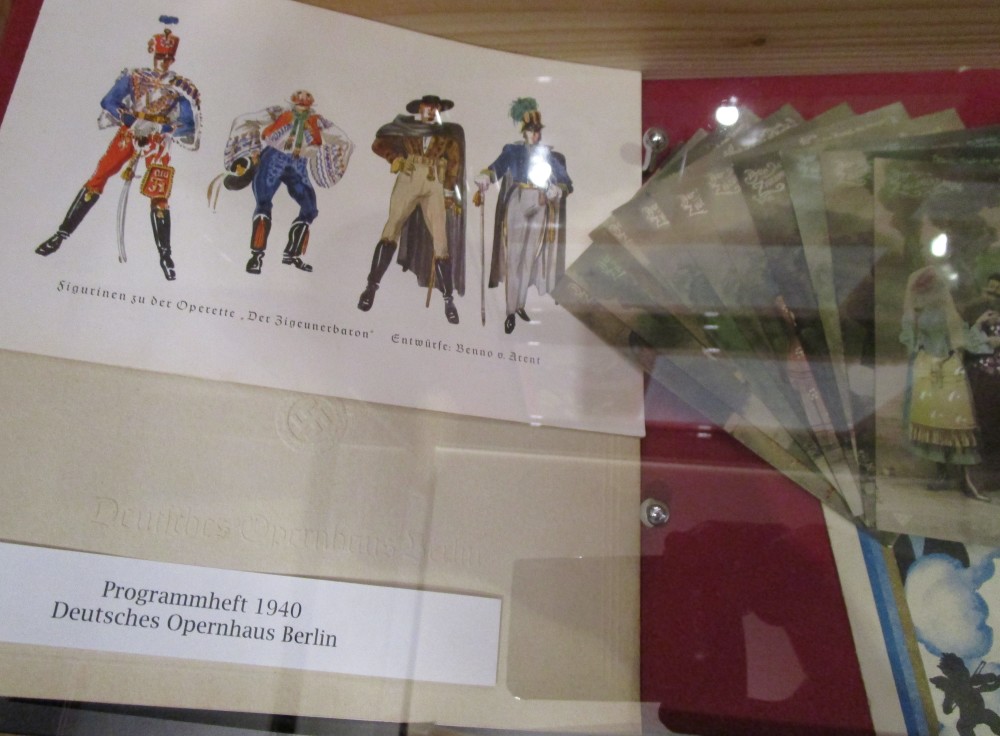 The program booklet for the 1940 Berlin production with Elisabeth Schwarzkopf.

There is also a program from the 1996 Metropol Theater production. It’s all but forgotten today, but the style of the cover is strongly reminiscent of the former DDR productions. 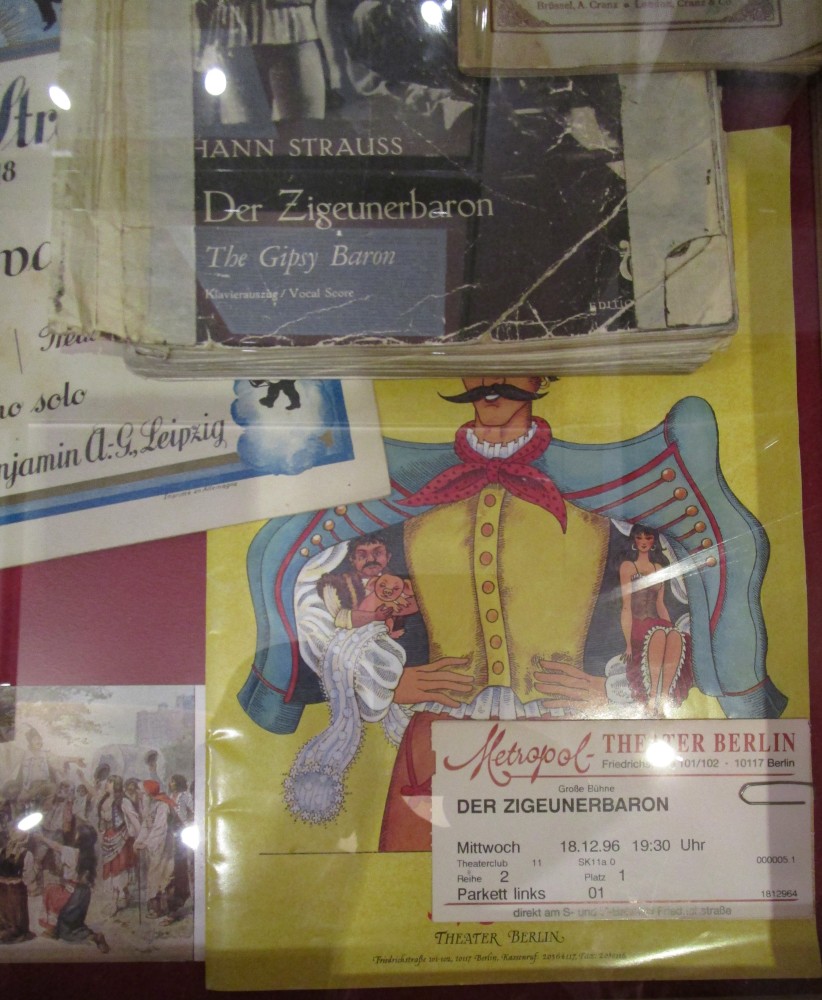 Also included in the exhibition is material from the various film versions. Yes, there are all the items that are to be expected, including Adolf Wohlbrück as the dizzyingly attractive title hero in 1935. 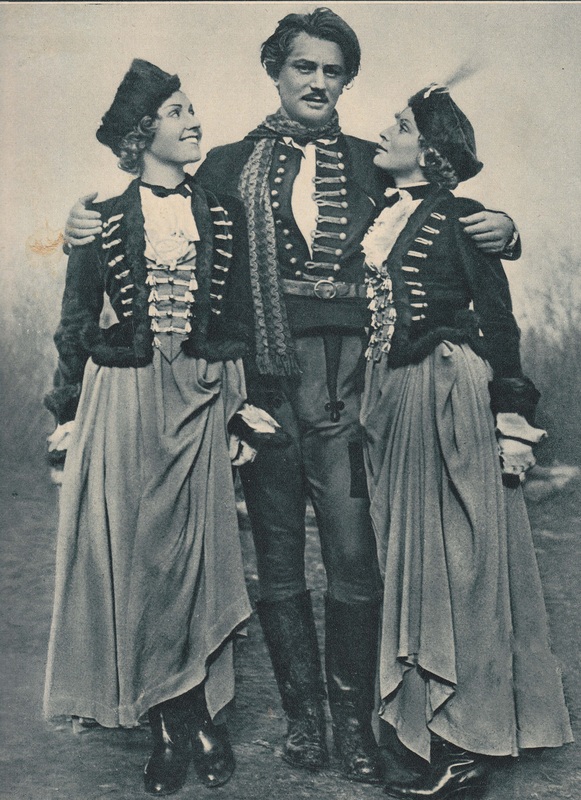 Adolf Wohlbrück as the Zigeunerbaron in the 1935 film version.

But there’s also a Hungarian children’s version that is complexly unknown to most Strauss fans. And well worth checking out. 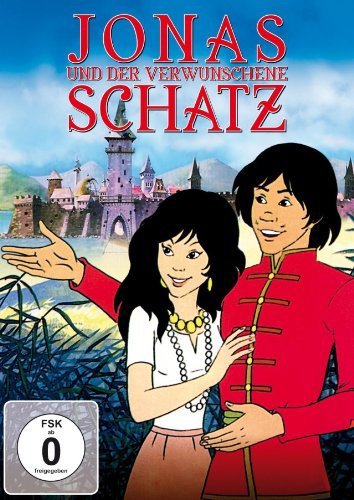 If you have a little time before the performance, it’s worth sitting down with a little reader Mr. Haase has prepared with some of the more unusual and not so well-known facts about Strauss.

Up in the royal gardens and the interval area of the festival there is another exhibition space. Some of the material is identical with the hotel exhibition, minus the eccentric rarities. Instead you get to see more images from the various film versions. 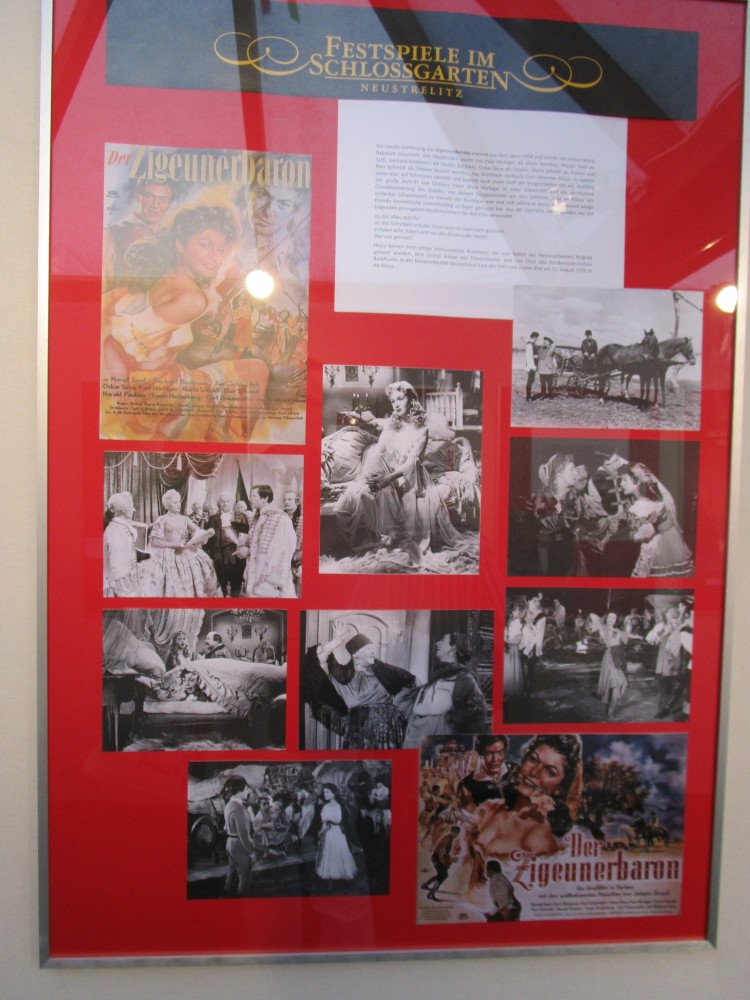 Part 2 of the Neustrlitz exhibition on “Zigeunerbaron.” (Photo: Private)

Since you are likely to pass the Schlossgarten Hotel on your way from the train station to the festival anyhow, I recommend stopping by and having a chat with Jürgen Haase. He’s always a fun person to talk with – about where exactly he got his material from, but also about the history of Neustrelitz and that of the operetta festival (which started in 2001.) Talking with Mr. Haase will also make it easier for English speaking visitors, as there are no English translations on the object labels. (And there are no English supertitles at the festival.) 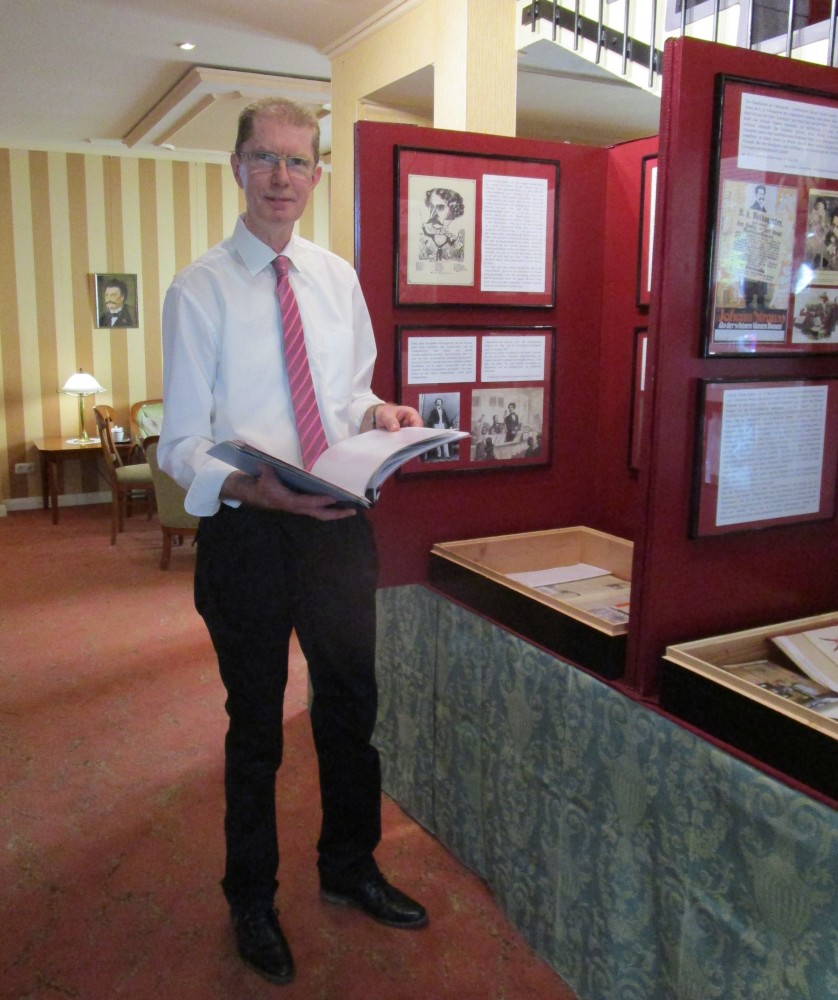 As for the production itself, John Groves will review it next week. And I already told him to make sure he stops at the Schlossgarten Hotel. (As it turns out, he’s going to sleep there now.)

For more information on the Neustrelitz festival, click here.