Last week the Dutch National Opera Academy and Residentie Orkest presented Die Fledermaus in the Compagnietheater for four sold out performances, right in the midst to Amsterdam’s infamous red-light district. And with non-German speaking students exploring the genre that they will probably have to tackle when they find jobs with any German repertory company. 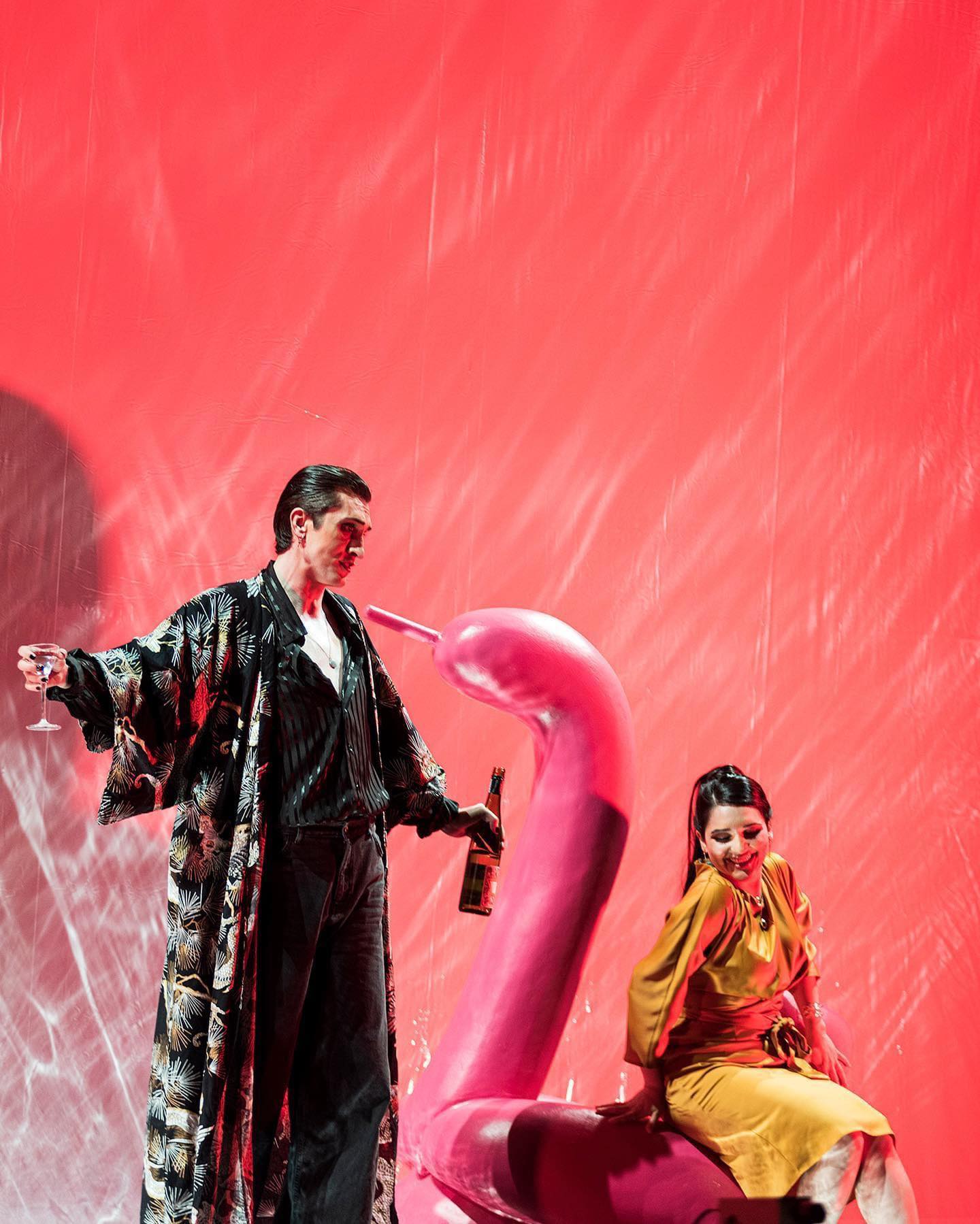 Alfred and Rosalinde in act 1 of “Die Fledermaus” at the Compagnietheater, Amsterdam. (Photo: Isabel Machado Rios)

This is the reason why Paul McNamara, the new artistic leader of the Dutch National Opera Academy – the collaborative MA program in opera performance of the Conservatorium van Amsterdam and the Royal Conservatoire The Hague – decided to have the young artists explore a type of repertoire that is new to them, and that requires experience to come across as perky and easy as many operetta fans expect it to be.

That’s not the easiest task if your German is iffy and you have to get through lengthy bits of dialogue that is, first and foremost, well-timed comedy. It’s also not easy to come to terms with the vocal demands of Johann Strauss, if you decide to sing his music “traditionally.” The vocal lines can be excruciatingly difficult and high, but need to sound like it’s a never ending joy ride. 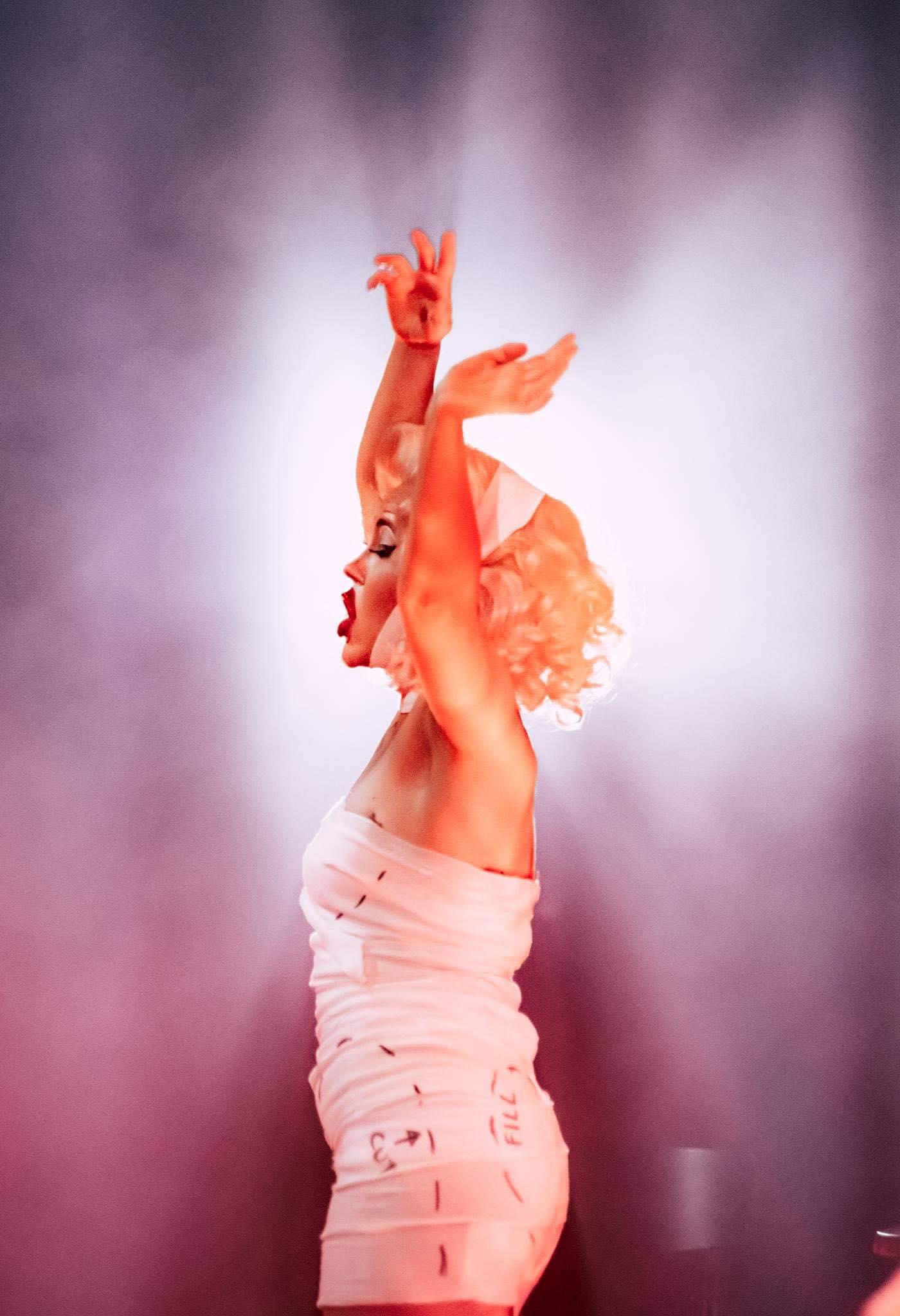 In act 2 of “Die Fledermaus” Ida is presented as a cross between Marilyn Monroe and Madonna doing a Blonde Ambition tour, but without any further layers of meaning. (Photo: Reinout Bos)

In an interview with the Operetta Research Center, Mr. McNamara said: “You may be wondering what made me think of doing an operetta in the first place? My aim is basically to ensure that the singers become at least acquainted with the various genres that may be of importance in their later careers. For all of the cast it was their first time ever doing an operetta or complete work in German, but I reckon they have to take the first steps somewhere and where better than while still at college.”

That’s true and very wise. And you get to hear quite a few singers with very interesting voices and stage personas. Apart from the excellent ladies, there is Irish tenor Peter O’Reilly as an Eisenstein in kinky leather gear, oozing butchness, and there’s Gabe Clarke as a queer Alfred à la Damiano David from the Eurovision Song Contest band Måneskin. They all have a hearty go at operetta and come out, at the end of three turbulent acts, triumphantly. After having all crawled out of a giant vagina in act 1, possibly the best idea stage director Dirk Schmeding had. And after having survived a slam sex party in act 2 that takes them to a different level of conciousness. (Possibly the worst idea Mr. Schmeding had, at least in this version.) 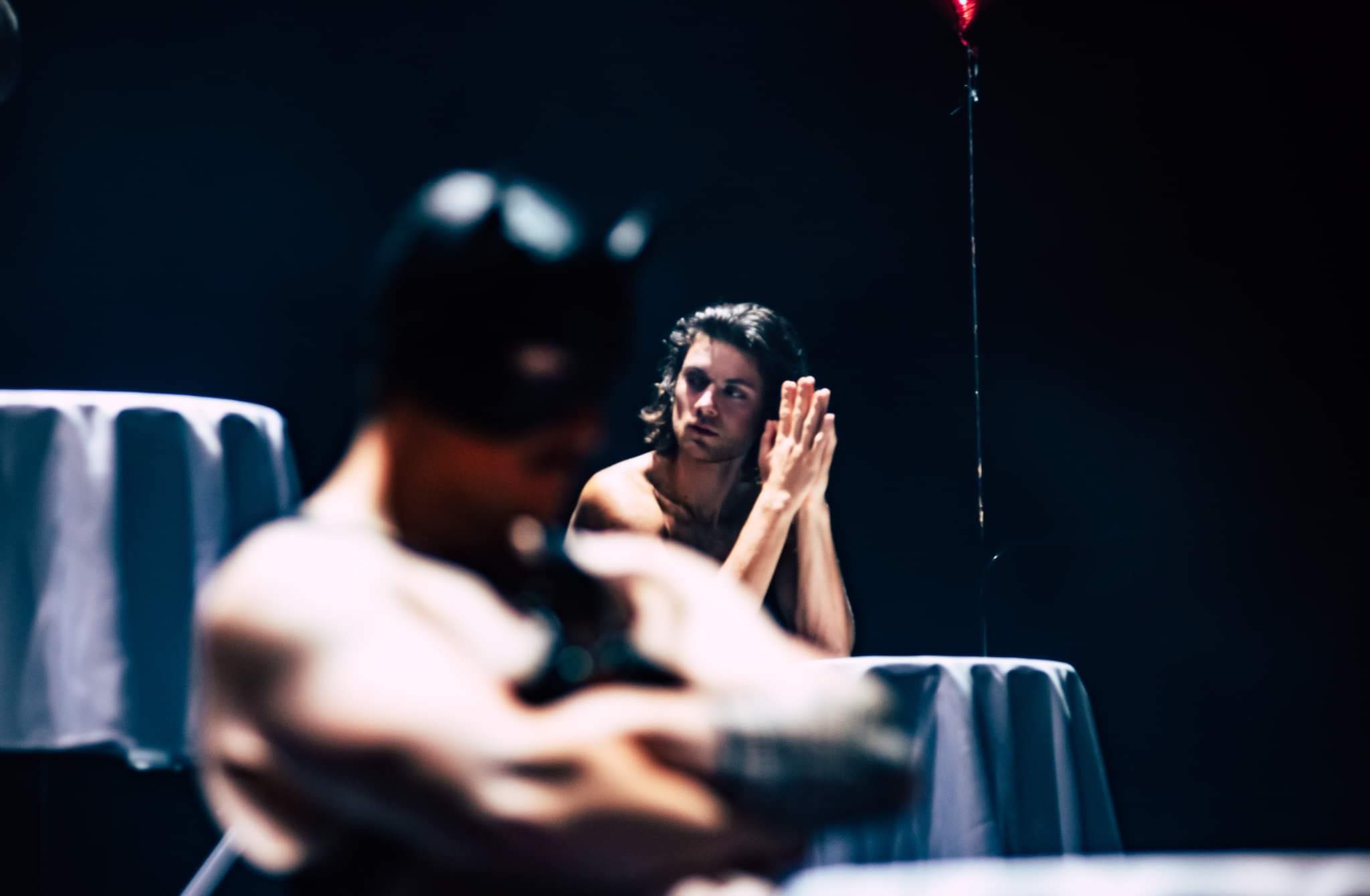 The reduced orchestra is conducted by Karel Deseure, who has a go at his first operetta here. And though he starts out with a very convincing Fledermaus overture – played with only 14 musicians, which gives Strauss an edge that’s very becoming! – Mr. Deseure somehow loses his grip of the music along the way. By act 2 the numbers just happen by themselves. But the bounce and drive of act 1 is gone. Which is sad, especially because it leaves the singers stranded at times. But they all get back on top, and that’s what counts. True troupers!

Paul McNamara says in retrospect: “One thing is sure, they have all learnt a great deal from the experience and have come out the other end of it showing much development. I will definitely try do another operetta in two years’ time, the question will be which one.”