“Can music be innocent?“ That‘s the first sentence in the booklet to this new CD of the Münchner Rundfunkorchester and conductor Ernst Theis, devoted to popular German titles – mostly taken from film operettas, many of which are from Nazi times. 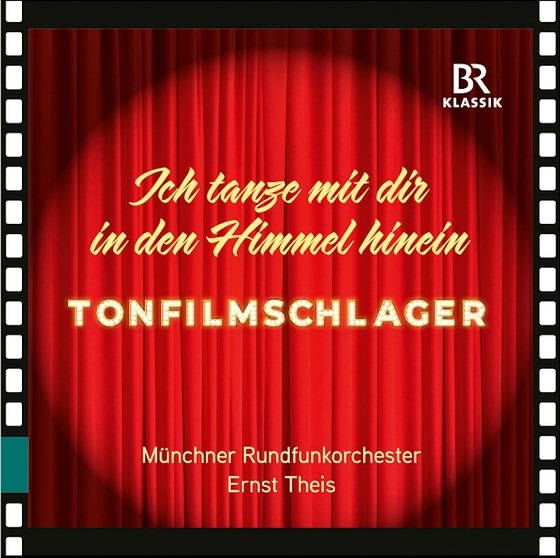 “It’s a question that also accompanied the creation of this album, because these early sound film hits – which are still popular today – involve music that, if not commissioned by the National Socialists, was subsequently misused in a perfidious manner for propaganda purposes,” we learn in the booklet.

The once celebrated songs by these composers – “Sing’ mit mir”, “Davon geht die Welt nicht unter”, Du hast Glück bei den Frau’n, Bel Ami“ et al – are mixed on this CD with works by Werner Richard Heymann (1896-1961) and Robert Stolz (1880-1975), who started their career a little earlier, but then had to flee from Germany and Austria.

It’s complicated, putting all these works next to each other, when the histories of the composers are so varied, not to mention the histories of the films in question. For the longest time after WW2 audiences in Germany and Austria did not want to discuss anything about the works, claiming it was “just” music and entertainment. And “innocent”.

Well, those times are over. And the producers at BR Klassik are aware of that. So they try to create a context in the booklet, with a wonderful essay by Matthias Keller (in English and in German).

Conductor Ernst Theis, on the other hand, seems somewhat oblivious to all of this. He makes it all sound the same, and he uses orchestral arrangements that are never original film orchestrations. Instead, they are by people such as Ulrich Sommerlatte, Carl Michalski, Marco Jovic, Gerhard Mohr etc.

The arrangements are fresh and catchy, with a bit of Schmaltz added here and there. Actually, many arrangements are so great that even a conductor of limited temperament, such as Ernst Theis, sounds like he’s working for the Arthur Freed Unit at MGM.

Basically, this CD is a celebration of the beloved tunes, stripped as far as possible of their historic context. That can be seen as an advantage, for the pure enjoyment of the melodies. But it also takes a whole layer of meaning away, a layer that gives the original compositions their place in history books.

If you enjoyed John Wilson and his orchestra with albums like Cole Porter in Hollywood, then you’ll probably also enjoy Ich tanze mit dir in den Himmel hinein: Tonfilmschlager. There’s a total of 16 tracks.

In the booklet we read: “If the Münchner Rundfunkorchester is presenting this music on its 70th anniversary, it is firstly because its artistic value was hardly disputed even in post-war Germany, and secondly because there are not too any professional orchestras that are comparatively familiar with this repertoire and capable of playing it at such a high level. And the decision to record all the pieces in their purely orchestral form is also a good one – it exposes the core of the individual compositions and, at the same time, allows the necessary historical distance.”

You might want to argue about this. Because the historical distance should also allow us, today, to enjoy this music and put it in historical context at the same time. But Ernst Theis is probably not the artist to do that… whereas the Volksoper Wien is opening its new season under the new artistic director Lotte de Beer with a production of Mackeben’s Dubarry. In their program booklet there’s an expansive discussion of the Nazi past of Mackeben and others, asking why such debates were kept silent for so long, why they have now suddenly erupted. And what options one has to move forward, without “cancelling” these artists and their oeuvre.

Because film operetta and operetta history benefits from such controversies and discussions. They add depth to the music, and thus also make it more fascinating to listen to it.