The Israel Philharmonic Orchestra will present a concert version of Die Fledermaus on July 6, at the Charles Bronfman Auditorium. The performance will be conducted by Zubin Mehta. It’s a version with new texts by Ori Gross. 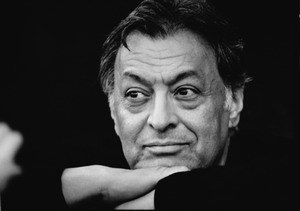 You might remember that Zubin Mehta has already conducted the Vienna New Year’s Concerts – which, of course, doesn’t say anything about his ability to get Strauss “right”. He has also conducted the Fledermaus before, for example at the Staatsoper in Berlin. It was not a particularly thrilling experience, because Mehta opted for a very “classical” approach that didn’t bring out the wild side of the Fledermaus, a side the show certainly has.

From the Staatsoper comes Mehta’s Rosalinde, Anna Samuil. The rest of the cast is star studded, in the sense that you get a line-up of well-known opera singers. Of course, there were no opera singers in the original 1874 production of the Fledermaus at the Theater an der Wien. But that’s another story… if you like a “traditional” and “well sung” version of the show, then this Israel Phil version is probably going to be enjoyable.