You know it’s finally happening when the first international guests fly in and need to be picked up at Tegel airport. Indeed, it’s festival time in Berlin. After the glamorous Fashion Week and Grüne Woche with its agricultural focus, it’s now time for the real fun: the first operetta festival of the Komische Oper, running from 23 January to 8 February 2015. It includes five operetta productions ranging from the rare and very rare to the familiar, various concerts, operetta films and a symposium, all of this in a time frame of two-and-a-half weeks. Yee-haw! 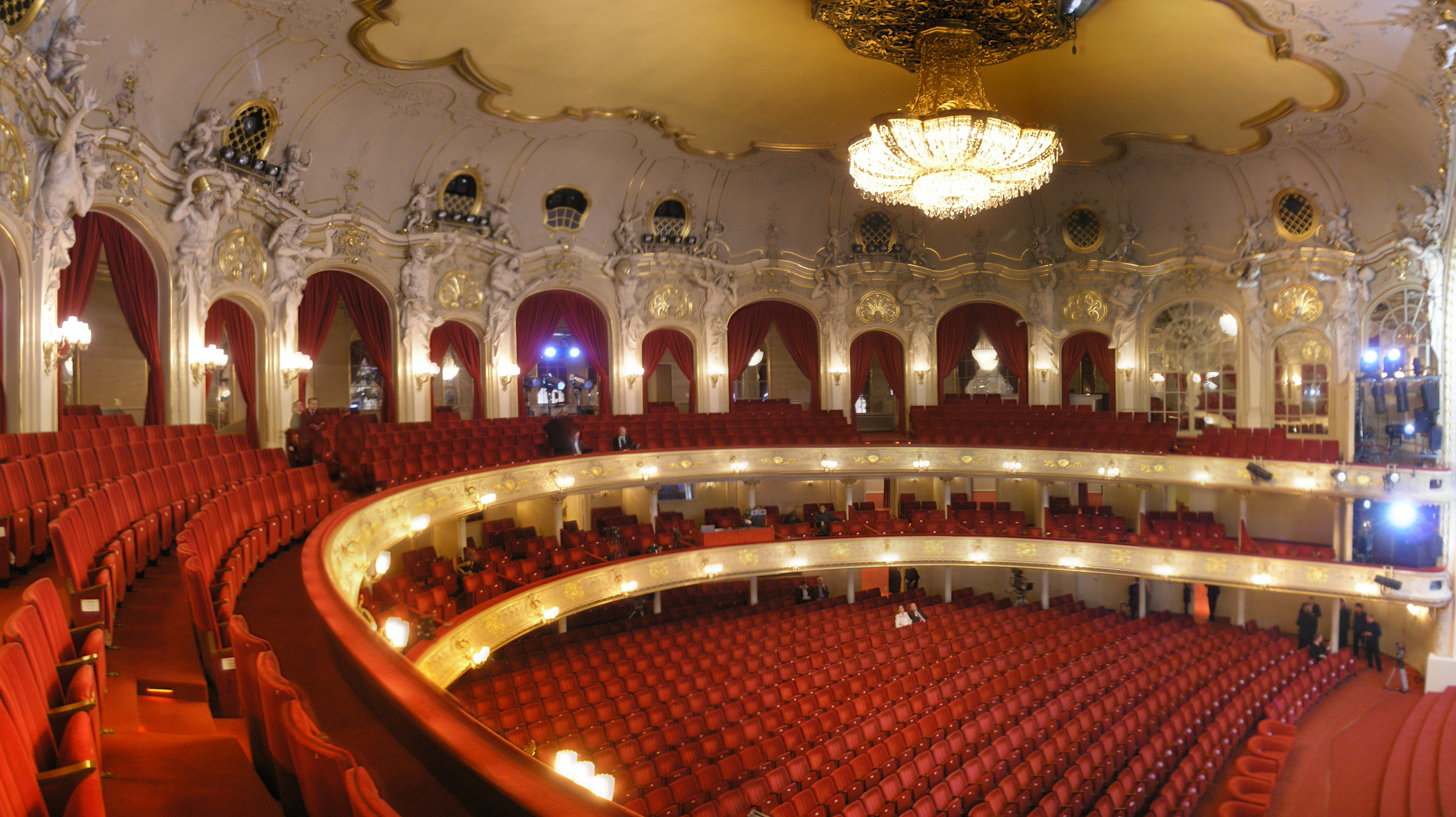 It’s not that there haven’t been any other operetta festivals before. But mostly I have to think twice about traveling to any of them. Because even when they promise rare titles that I would definitely be interested in – as the festival in Ischl does with regularity – the thought of the actual productions and casts is so off-putting that I usually dare not risk a trip. Plus, it would be quite a voyage to see only one (!) show in far away Austria. The Ohio Light Opera in Wooster, on the other hand, offers more than one show of interest, but their productions are comparatively small scale and rarely over the top dazzling. Also, Wooster is not the easiest place to get to, especially when you have to fly in from Europe and then find your way from New York, Chicago or Cleveland to rural Ohio. Not a city of lights with much extracurricular activity, once the performances are over.

So, for mere practical reasons, a festival in the heart of bubbling Berlin is a lot more attractive, from a touristic point of view.

The city is easy to reach from anywhere in Europe on budget airlines, and in January there are lots of special offers even if you fly in transatlantically.

Then there is the venue, of course. The freshly renovated Komische Oper outclasses any campus theatre or Austrian Kurhaus, and that is also true of the productions. They have a serious budget, each and every one of them, and it shows. You are not likely to find hoards of dancers like the ones seen at the Komische Oper in Wooster or Ischl, or at the Elbland Festspiele or in the south of France at the “Festival de Lamalou” (though they, too, offer a whole string of marvelous titles spread over a week – and for fans of Francis Lopez’s oeuvre a visit is a must).

And, yes, then there are the productions themselves. The Komische Oper is offering some of their top hits for the festival season: Abraham’s Ball im Savoy (1932) with the restored original cast (i.e. Katharine Mehrling) and Dostal’s Clivia (1933) with the magnetic Christoph Marti in the title role in drag (plus the rest of the Geschwister Pfister and spectacular ensemble members). There is the new Belle Hélène (1864) which I find problematic, but still very watchable, because it prompts many discussions about how to stage Offenbach today. There is a Fledermaus (1874) by Andreas Homoki for those who cannot imagine operetta without Johann Strauss. And there is the premiere of Oscar Straus’ Eine Frau, die weiß was sie will. Yep, the famous Fritzi Massary show from 1932, libretto by Alfred Grünwald. Adam Benzwi will conduct, and Dagmar Manzel will star together with Max Hopp.

Anyone travelling from afar for operetta will get quite a load here. Plus a symposium. Three days of discussions and talks on various operetta topics. To name just two: “brothels and revues” and “bodies and gender”!

When I read this, I thought immediately: this is something for me!

What’s nice about the sympoisum is the fact that it is open to the public, there are many international speakers, and it all happens in the blazing light of the international media. So it’s not one of the (many) conferences where great things are being discussed, but hardly anyone ever hears of them, even if you’re lucky and there is a book being published, somewhere along the way. This is spot on, putting operetta and the discussion of operetta center stage in a town crawling with tourists. (Did I mention that the star studded Berlin film festival is coming up too?)

Let the games begin, you might say. Or in this case: I must run and get to the airport to pick up my first operetta friend flying in from New York this afternoon. We are going to see Die schöne Helena tonight and have already planned a group outing for Ball im Savoy tomorrow with another friend who is coming from Los Angeles. My only serious regret in the context of this festival is that the stellar version of Emmerich Kálmán’s Arizona Lady – performed twice over Christmas – is not included in the program. I personally would have loved to share this glorious cowboy spectacle, and the glorious cast of Mehrling and Serkan Kaya – with my friends from abroad. I am sure they would have enjoyed these two new-style operetta performers as much as I did, not to mention Yvonne Kálmán who was over the moon about them too.

See you at the Komische, in the brand new Fritzi Massary lounge? For more information on the festival and symposium, click here.

The Fritzi Massary Lounge at the Komische Oper Berlin. Putting the name of the diva back on display.