The brightest musical star of the postwar years in France, whose output frittered away into embarrassing imitations of himself after he had produced some of the happiest Parisian scores of the 1950s. 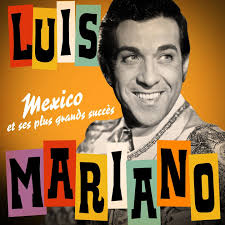 The brightest start of the Lopez operettas, and his most famous song.

Trained as a dentist, Lopez had his first musical successes as a part-time songwriter before turning to the theatre for the first time in 1945. His initial opérette, La Belle de Cadix, a colourful, vivacious piece hastily written to play six weeks at the small Casino-Montparnasse, ran for two years and provided the French musical theatre with the same kind of new acceleration that Oklahoma! had recently provided in America. Lopez and his librettist/lyricist Raymond Vincy followed up with a series of like pieces for larger Parisian stages over the next decade, pieces which, like Oklahoma!, returned to the classic romantic operettic proportions in a deft textual and musical mixture of the sentimental and the comic set in the most colourful of venues (Andalousie, Pour Don Carlos, Le Chanteur de Mexico, À la Jamaïque, La Toison d’or, Méditerranée). Unlike their American counterparts, however, the pair also worked simultaneously on a number of more intimate comedy musicals such as Quatre Jours à Paris and La Route fleurie which were mounted at smaller venues with success equal to that won by their bigger shows, thus allowing Vincy and Lopez to dominate the postwar musical theatre large and small.

After Vincy’s death, Lopez continued writing ostensibly the same kind of pieces, to mostly much less able texts, supplying a series of often long-running if very obvious opérettes à grand spectacle to the large stage of Paris’s Théâtre du Châtelet and only occasionally, as in Viva Napoli (1970), finding again the hearty freshness of his earlier work.

Familiar strains set to what became thin and painfully predictable libretti and feeble orchestrations became the order of the day in the 1980s as Lopez became his own producer at, successively, the Théâtre de la Renaissance, the Élysée Montmartre and the Eldorado, producing scrappily written and staged shows in which his then wife, Anya, and son, Rodrigo, often took a hand. Madame Lopez and her son were credited with the score for La Perle des Antilles (Théâtre de la Renaissance 17 February 1979) (nevertheless billed as `opérette de Francis Lopez’), and the younger Lopez also composed the music for his father’s production of Aventure à Tahiti (1988).

Whilst Lopez’s more recent shows, and intermittent revivals of his earlier ones, played to their particular audience at his Parisian base, contributing no little to the falling reputation and image of `opérette’ amongst the French younger generation, the provincial theatres of France continued to welcome productions of his earlier works, and even at the turn of the 21st century no season passes in the French theatre without numerous revivals of his best (and, occasionally, also his less good) musicals being seen in all corners of the hexagon.

Unsophisticated though it may often be, the rhythmic, sentimental and immensely singable music of his earliest opérettes is in the happiest tradition of popular light musical theatre, and his best scores remain as admirable as the last are inane.

When these are attached to the best of Vincy’s texts (Quatre Jours à Paris, Andalousie) they make up into delightful theatre pieces.

A 1987 autobiography concentrated more on the composer’s career as a ladykiller than on his work for the theatre.