There’s an increasingly firece discussion about supposed “racism” in operetta. Recently, a production of Franz Lehár’s Land des Lächelns at Manhattan School of Music caused a stir for the way the show represents Asians in a “sterotypical way.” (The artistic director of the MSM opera program was removed from her position as a consequence.) Another big issue is the word “Zigeuner” (gypsy) and what it apperenty stands for, according to social justice warriors who point out that the Nazis put people branded “Zigeuner“ into concentration camps and killed them, as “unworthy beings” (“minderes Leben”). Last week the German BBQ sauce producer Knorr re-named its famous “Zigeunersauce” and will call it “Paprikasauce Ungarischer Art” in the future, i.e. paprika sauce Hungarian style. How does this re-naming affect popular operetta titles such as Zigeunerbaron or The Gypsy Princess, not to mention the countless “Zigeuner” characters that populate other operettas, such as Gräfin Mariza or Der Zigeunerprimas? And what do Sinti and Roma themselves have to say about this? 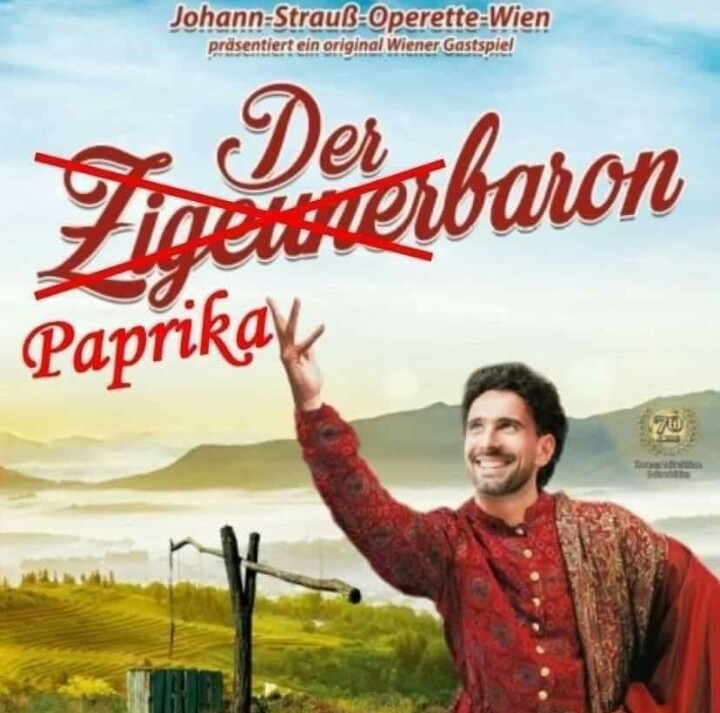 A poster for a recent “Zigeunerbaron” production by Johann-Strauß-Operette-Wien has been adapted and is now circulating on Instragram as “Der Paprika Baron.”

There’s a Zigeunerbaron production coming up at the opera house in Magdeburg in which the action is re-located to a tavern called “The Three Monkeys,“ named after the three wise monkeys who do not see, hear, or say anything about what’s going on around them. 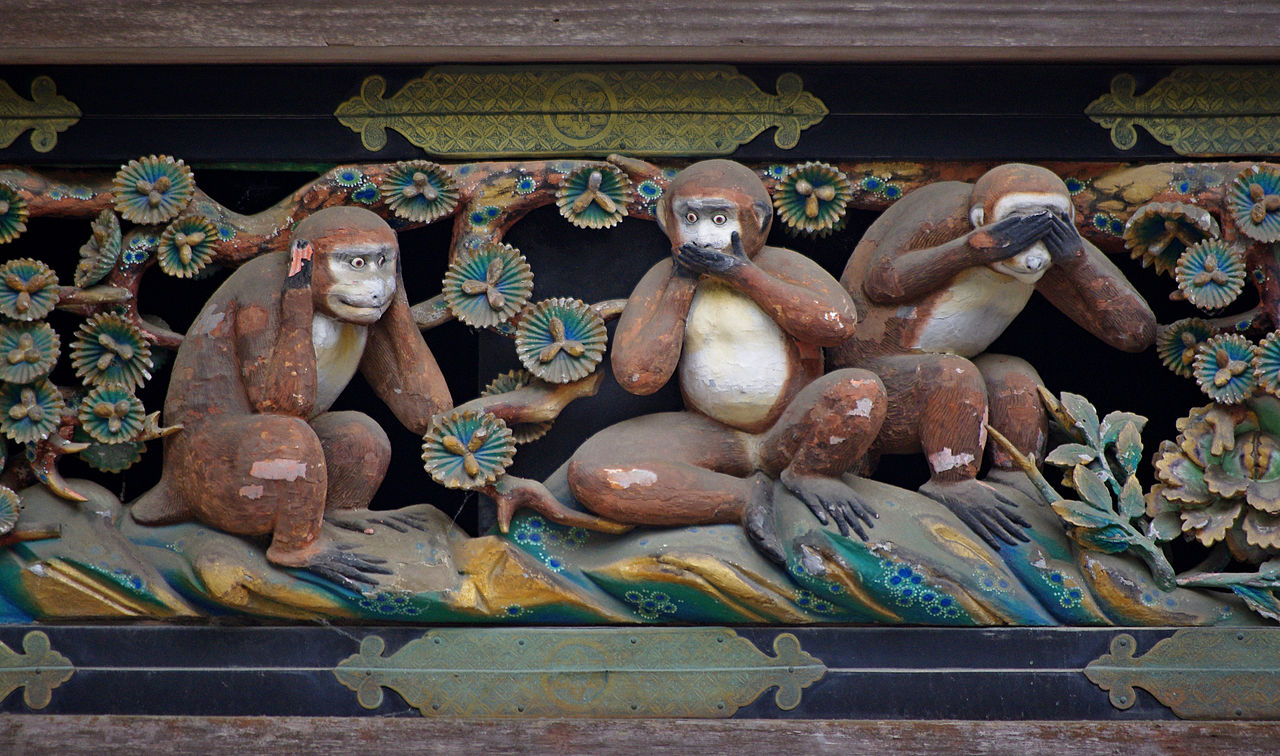 An attitude, stage director Tobias Heyder says, reflects the way operetta audiences have dealt with the “racism” this beloved Strauss operetta has reproduced since 1885. Hamburg born and raised Mr. Heyder himself does not seem to stem from the Sinti and Roma community, but he knows how to jump onto the band wagon of current debate, showing his “wokeness” and “alterness” – with giant monkey hands grabbing the Zigeunerbaron set, ready to tear it down. (Note the red nail polish!) 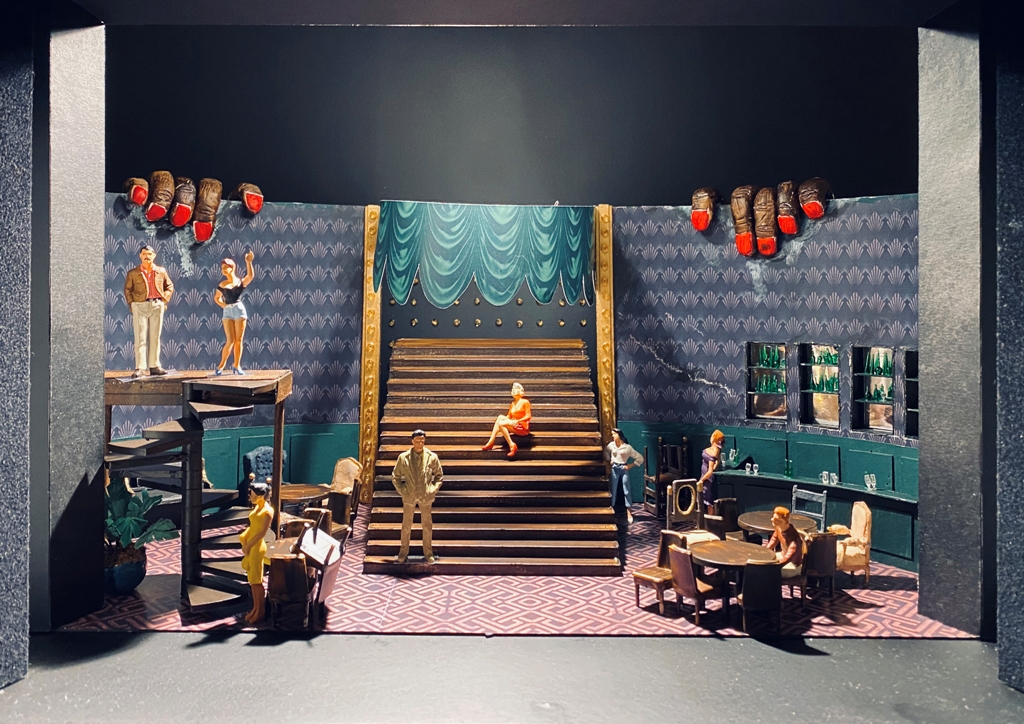 It remains to be seen what stage director Tobias Kratzer will do with “his” Zigeunerbaron at Komische Oper Berlin in January 2021, if Corona allows for a staging.

Meanwhile, the “Sinti Allianz Deutschland“ has spoken out against censorship of the word “Zigeuner” and says it will continue using the word itself. In an interview with the newspaper Deutsche Sprachwelt, dedicated to the German language, Manfred Drechsel from the alliance said he considered the discussion about BBQ sauces “degrading” (“unwürdig”).

Knorr’s “Zigeunersauce” before the re-naming, as shown an Amazon. (Photo: Amazon.de)

The majority of members from his alliance apparently follow the discussion with disbelief. And the alliance opposes this sort of “Sprachhygiene,“ i.e. cleansing of language.

Survivors of Nazi Terror
Sinti survivors of Nazi terror used the word themselves. If the term “Zigeuner” is used in a way that is neither degrading nor negative (“wertfrei”) one should not dispense with this “one and a half thousand year old historic description,” especially since it is useful as an umbrella term for all gypsy peoples. “There should not and must not be censorship or ostracism of the term Zigeuner, regardless by who.”

The statement specifies: “It seems that the social milieu that wants to re-name sauces etc. is driven by wrong ideas when they wish to stop ‘anti-ziganism.’ The Sinti Allianz Deutschland opposes this form of linguistic hygienics, also every form of language patrolling. The majority of Sinti, which we represent, follows this sauce discussion with disbelief. It is true: the term ‘Zigeuner’ is used by us as well. Even survivors of the Nazi dictatorship use the term in their biographies as an umbrella term; also on tomb stones the term ‘Zigeuner’ is often chosen for inscriptions. Regarding the term ‘Zigeuner,’ the members of the Sinti Allianz Deutschland are of the opinion that out of respect for all other gypsy peoples and in the absence of a neutral umbrella term that is accepted by all gypsy peoples we cannot do without the one and a half thousand year of term ‘Zigeuner’ – as long as it’s used in an unbiased way. There should and must not be any censorship or ostracism of the term ‘Zigeuner,’ regardless by who.”

Instead of re-naming sauces and operettas such as Zigeunerbaron, it would be more interesting to actually show what clichés about gypsies are presented in Ignaz Schnitzer’s libretto and Johann Strauss’ music, and what they mean today.

It would also be an overdue artistic decision to actually let members of the Sinti and Roma community stage the Strauss show themselves and demonstrate their reaction to stereotypes in the story and score. That would have probably been artistically “bolder” than hiring Tobias Heyder or Tobias Kratzer to deconstruct the show from their “privileged white male” perspective – instead of allowing or enabling the perspective of those for whose appropriate representation we are battling.

Migration Background & Non-Binary Genders
A recent study by the FU Berlin showed that men with a migration background and/or of non-binary gender are currently treated with preference when they apply as interns in the German theater world. (In total contrast to the way they are mostly treated on the job and housing market.)

Why are “gypsies” discussed and the term deconstructed in the operetta world, but members of that community never asked to actually participate? Why are people with migration backgrounds or non-binary gender hired as interns and for other “lower” jobs in the German theater world, but rarely put in charge to truly present a new vision – rather than simply functioning as a fig leave, while everything stays (mostly) the same. (The same is true, apparently, for people with disabilities, in the theater world and in Hollywood, see above.)

And if we want more “representation” of so called “marginalized populations” why are the shows they created themselves not put on? Where are the stagings of early “black” operettas such as Clorindy or A Trip to Coontown (both 1898), In Dahomey (1903), The Swing Mikado (1938/39) or Hot Mikado (1939)? 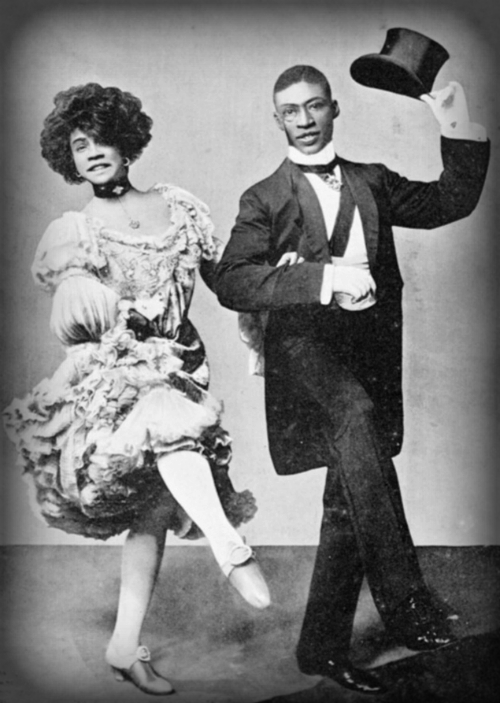 Aida Overton Walker and George Walker in “In Dahomey” during the London run, 1903.

More Perspectives & Portrayals
Why is it Zigeunerbaron, staged by white men all over the place? Or Land des Lächelns without any reference to the background, including asking why Jewish author Fritz Löhner-Beda wanted to write a show about an outsider in a Viennese world that doesn’t accept him, while he himself cannot accept new ways of treating tradition (and women) back home on China? Why can Ali Stroker win a Tony Award for her portrayal of Ado Annie in Broadway’s most recent Oklahoma!, but there are no performers in wheelchairs anywhere to be seen at the big operetta festivals and venues in Ischl, Mörbisch, Baden, Vienna, Berlin, Ohio etc. Would a Merry Widow work with someone like Ali Stroker as Hanna Glawari? Could Miss Stroker have saved the recent ultra-boring production at the Metropolitan Opera in New York featuring Renée Fleming as a most standard and stilted Widow when the show is – or should be – about so much more than “flowing champagne, ceaseless waltzing, risqué couplets, Graustarkian uniforms and glittering ballgowns, romancing and dancing”? (To quote Richard Traubner’s highly problematic definition from Operetta: A Theatrical History that still seems to linger in the minds of many, even if it is totally outdated and historically incorrect.)

We’ll have to wait and see how this discussion develops further, because it seems to have only really started with regard to operetta and among those in charge of the operetta world.