This is totally delightful! Francisco Barbieri (1823-94) was the leading exponent of the zarzuela revival of the mid-19th century. He wrote 77 stage works of which the most successful was probably Jugar con fuego (“Playing with Fire”), dating from 1851. El Barberillo de Lavapies or “The Little Barber of Lavapies” dates from 1874, the year of Die Fledermaus and a year before Trial By Jury. Here, now, is a new release on Cameo Classics of a historic recording.

The typically operetta-like complex, yet simple, plot concerns a planned revolt against the hated government-of-the-day, led by Chief Minister Grimaldi, who does not appear in the zarzuela. Unfortunately the plot has to be withheld from his nephew Don Luis, who is in love with one of the conspirators, Marquesita Estrella. A sub-plot concerns another romantic liaison between Estrella’s seamstress Paloma and Lamparilla, the ‘barber’ of the title.

The music is full of Spanish dances, with a touch of Glinka, Mozart and Sullivan – a brilliant, tuneful score. British light music specialist Andrew Lamb has stated that listening to this BBC broadcast way back in 1954 “completely bowled (him) over… and provided the basis for an abiding love of zarzuela”.

The original broadcast was so popular that it was quickly repeated, a remake with different forces being made in 1959. 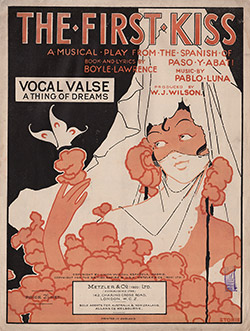 Pablo Luna’s “The First Kiss,” as an English language zarzuela.

Zarzuela does not travel well: the only stage production of any zarzuela in the United Kingdom having taken place between 1923 and 1925, when The First Kiss by Pablo Luna toured and then played in London very successfully.

The recording under review here was the next (and last?) time a zarzuela was heard in the UK!

When the BBC decided to perform this work, the Spanish ‘closed nation’ authorities were unable or unwilling to provide a set of orchestral parts. Undaunted, the BBC asked the exiled Catalan serialist composer Roberto Gerhard to provide new orchestrations, which he did, adding a bit of audacious counterpoint on the way and inserting part of the Jota from de Falla’s Three Cornered Hat in the finale to Act One! 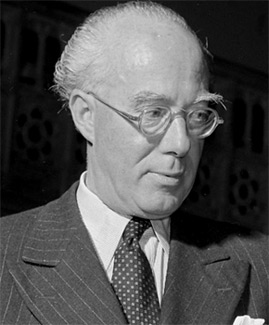 The performance is sung in a very clear, witty English version by Geoffrey Dunn, who a few years later provided equally apt versions for Sadlers’ Wells stagings of Orpheus, Belle Hélène, Vie Parisienne, Bluebeard etc. He also directed this production, which is very stylish, especially the dialogue, an example to CPO and others as how operetta dialogue should be spoken/acted: it is as delightful as the music and is made an integral part of the production. Presumably it was performed and broadcast live and this gives it a frisson that most recorded operettas do not have.

The production is historically important as the cast consists of some of the best singing actors of the time. Canadian Bruce Boyce excels in the title role, clearly enjoying his spoken passages. His LP recordings consist mainly of Delius’ Sea Drift plus baroque repertoire, so it is a joy to hear him revelling in his opening number (CD1, track 2) where he introduces himself, as Figaro does in Rossini’s opera buffa!

His lover, Paloma, is brightly sung by Worthing born Maria Perilli. (Try CD2, track 8, the “Song of the Linnet.”) The song has been recorded by many people, among them Montserrat Caballé. Here she is, to give you some idea of the music and its potential.

Thomas Round, still to find fame with Sadlers Wells and D’Oyly Carte, is superb as Don Luis. This is easily his most successful recording, made when he was in his prime, the voice sounding much firmer and richer than it did later, with a ringing high tessitura. He is not always at ease with the dialogue, but exudes charm, as he did throughout his career. It is amazing to think that he lived to be over 100 years old, and was still singing and dancing the hornpipe from Ruddigore!

Marjorie Westbury is his fiancée, Estrella. She had an extensive career with the BBC, being a member of the Drama Repertory Company and, of course, the voice of the hero’s wife Steve in the long-running Paul Temple radio series, still being repeated!

She was also in demand as a singer, notably as Yniold in a classic 1951 transmission of Debussy’s Pelleas et Melisande. Her voice sounds young, and she has the necessary skill and experience to bring her role completely to life, such as her duet with Luis (CD2, track 2).

Other well remembered singers include the sepulchral bass voice of Norman Lumsden as Don Pedro, the chief of police, and Glyndebourne stalwart Ian Wallace as Don Juan, singing a quick waltz trio with Estrella and Luis, who thinks that his beloved is being unfaithful with Don Juan (CD1, track 4).

The Little Barber is full of choruses, the most memorable of which are the Police Chorus at the beginning of Act Two (CD2, track 1), and the Shirt Chorus in Act Three(CD2, track 9);  the professional BBC Chorus under long-serving Leslie Woodgate always remembering that we need to hear the words!

Other names from the past include David McCallum, leader of the Royal Philharmonic and later BBC Symphony Orchestras, repetiteur Bryan Balkwill, later  conductor at Sadler’s Wells, and of course the conductor Stanford Robinson. He made his career at the BBC, starting as a staff conductor in 1924 and rising to the position of Head of Opera, often conducting a different work live each week. He seems to have had empathy with all types of music, instinctively knowing the style required, as he does here. 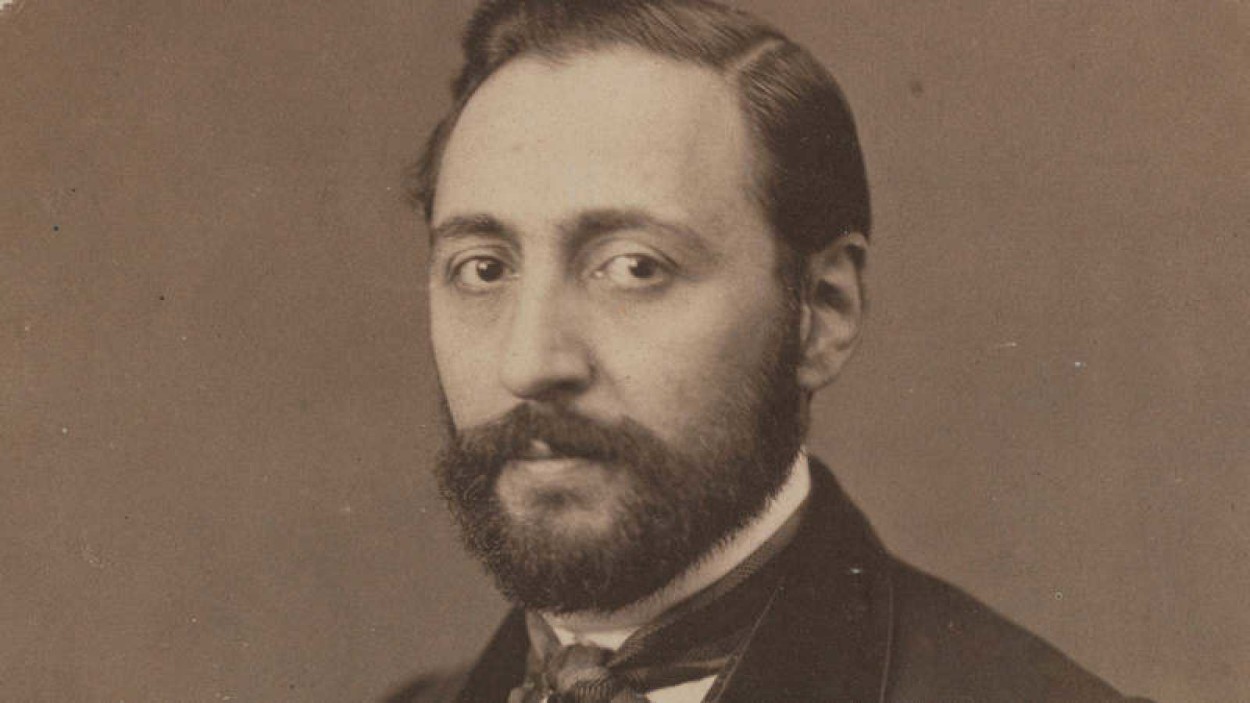 El Barberillo de Lavapies is at the top of my holiday listening list right now, and as I said it’s totally delightful. Considering the age of the recording the mono sound, transferred from acetate discs, is much (!) more than acceptable, actually it’s far better than most of the Franz Marszalek German radio recordings from the 1950s.

If you are interested in BBC and Sadler’s Wells recordings of operetta in English (including the Dollar Princess!), there are many available from the Oriel Music Trust, all profits going to the Musicians Benevolent Fund. They have no online catalogue, so you need to write to them and inquire: opera@orielmusic.org.