Mephisto warned us right at the beginning of tonight’s performance that we wouldn’t leave weeping over Marguerite’s fate. I sincerely hope that wasn’t news to the people crazy enought to book tickets to a German translation of a French operetta parody of a French opera of a German play. I was one of those people. And while I knew to expect silliness, I wasn’t sure exactly what Hervé’s Le petit Faust (or, as the Gärtnerplatztheater is calling it, Dr. Faust jun.) would be. As it turns out, it’s a wonderfully topsy-turvy version of the original, in which Maguerite is not so innocent, Faust is not so thoughtful, and no one should be taken seriously. Spinning wheels and pseudo-woeful monologues and showpiece arias all have their place… and so do yodeling, zombies, and can-can dancing. 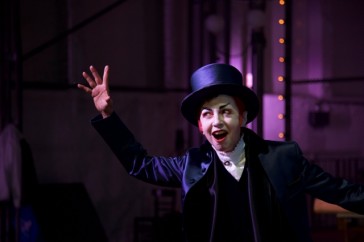 The story: Dr. Faust is a professor at a boarding school. Valentine entrusts his troublesome sister Marguerite to Faust’s care, and Faust is immediately drawn to her. So he’s an easy target when Mephisto comes offering youth, beauty, and riches. The price? His understanding. (Not his soul—“Everyone sells that these days, without even signing a contract.”) He has imagined Marguerite as the pinnacle of innocence and purity, and with his newfound advantages, he sets out to seek her. Meanwhile, she has gone to England to teach the English can-can dancing. Faust finally finds her in a seedy nightclub, and he is horrified that an “innocent” girl could have stumbled into such a place. He flags down a carriage to take her away, and who should be inside but Valentine? Because Faust is trying to run off with his sister, Valentine fights Faust and is killed. (But don’t worry—Valentine’s death doesn’t prevent him from dancing jigs.) As Marguerite and Faust prepare for their marriage, Valentine’s ghost appears to warn Marguerite that Faust’s fortune comes from the devil. She doesn’t care—until Faust reveals that, in order to make himself worthy of her, he has given away the fortune. Suddenly, she cares a great deal and is denouncing him as the murderer of her brother. Faust is finally disillusioned, but Mephisto nevertheless forces Faust and Marguerite together “eternally,” in obedience to the wish Faust had expressed. 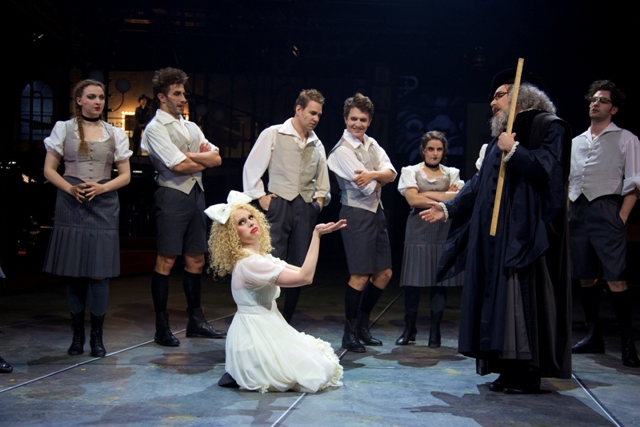 That summary doesn’t quite convey the utter ridiculousness of this plot. The students at Faust’s boarding school are terribly naughty, drawing dirty pictures on their assignments and using their physical charms to avoid punishment for their transgressions. When Mephisto announces the now-wealthy Faust’s search for Marguerite, the entire chorus masquerades as “Marguerites” from England, Italy, France, and Japan, hoping to snag his fortune. The real Marguerite teaches the whole audience to can-can. She also can’t remember Faust’s name, constantly confusing him with her former lovers. (Since he’s given up his understanding, the poor boy doesn’t realize that’s what’s happening.) Valentine makes his final, ominous appearance in a giant soup bowl. 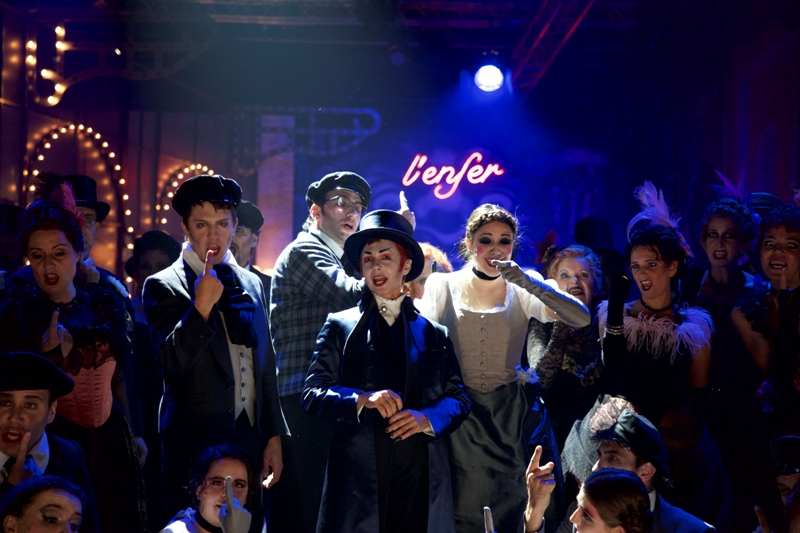 And then there’s the music. It’s catchy and tuneful and often belty, more musical theater than operetta. Mephisto has the widest stylistic range, with some songs that can be almost spoken and others that are intensely lyrical. Elaine Ortiz Arandes nails this trouser role and looks dashing in her sparkling red suit, to boot. Marguerite gets to show off a lot, but she wows with yodels and splits instead of coloratura and trills. It’s a demanding part, albeit not in the traditional operatic sense, and Alexandra Flood’s surprising voice (with both operatic and belter colors) and sickeningly sweet pseudo-innocent demeanor are perfect. Maximilian Mayer gets a lot of well-deserved laughs as her long-winded and impossible-to-kill brother Valentine. And David Sitka holds the show together as the smooth-voiced doofus Faust. 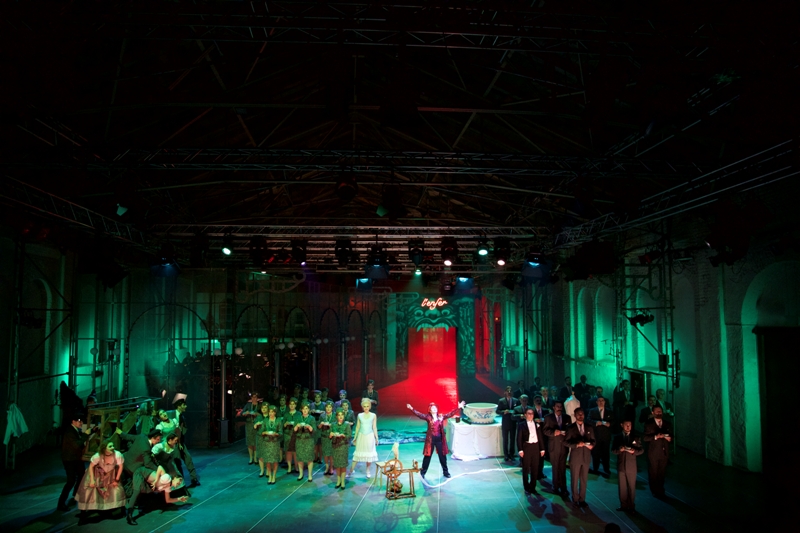 On the whole, this production is extraordinarily well put-together. The principal cast and chorus are spot-on. And the catchy tunes are jauntily delivered by the Staatstheater am Gärtnerplatz Orchestra, under Michael Brandstätter’s baton. This isn’t Goethe or Gounod. It’s awfully strange. But it’s also good fun. 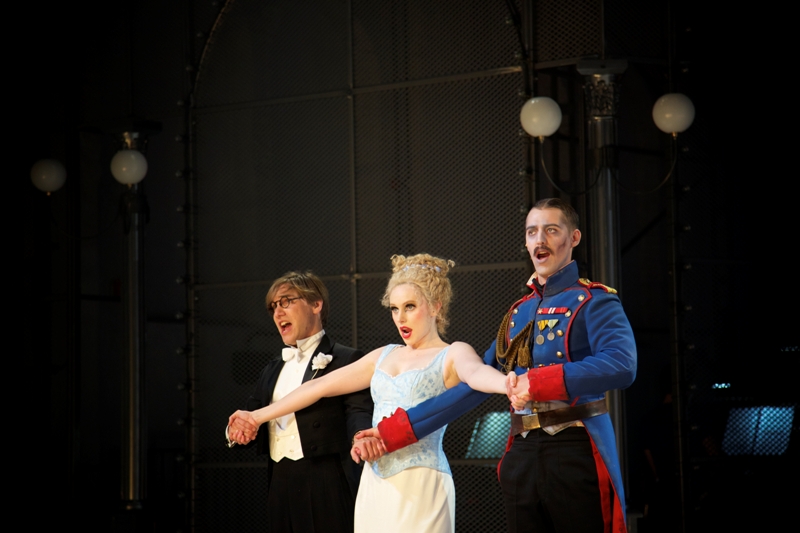