When Max Winterfeld – better known by his artistic name Jean Gilbert – arrived in Spain in 1934, the country welcomed him as a true celebrity. The Hamburg-born composer had left Germany the previous year, and after stints in Vienna, London and Paris, he sought a safe place to live and work in Republican Spain, far from the Nazi threat. The warm land that offered him a temporary welcome had experienced a long romance with this now forgotten composer: if Jean Gilbert enjoyed an important international reputation until the First World War, his popularity continued on the Iberian peninsula during the inter-war years. 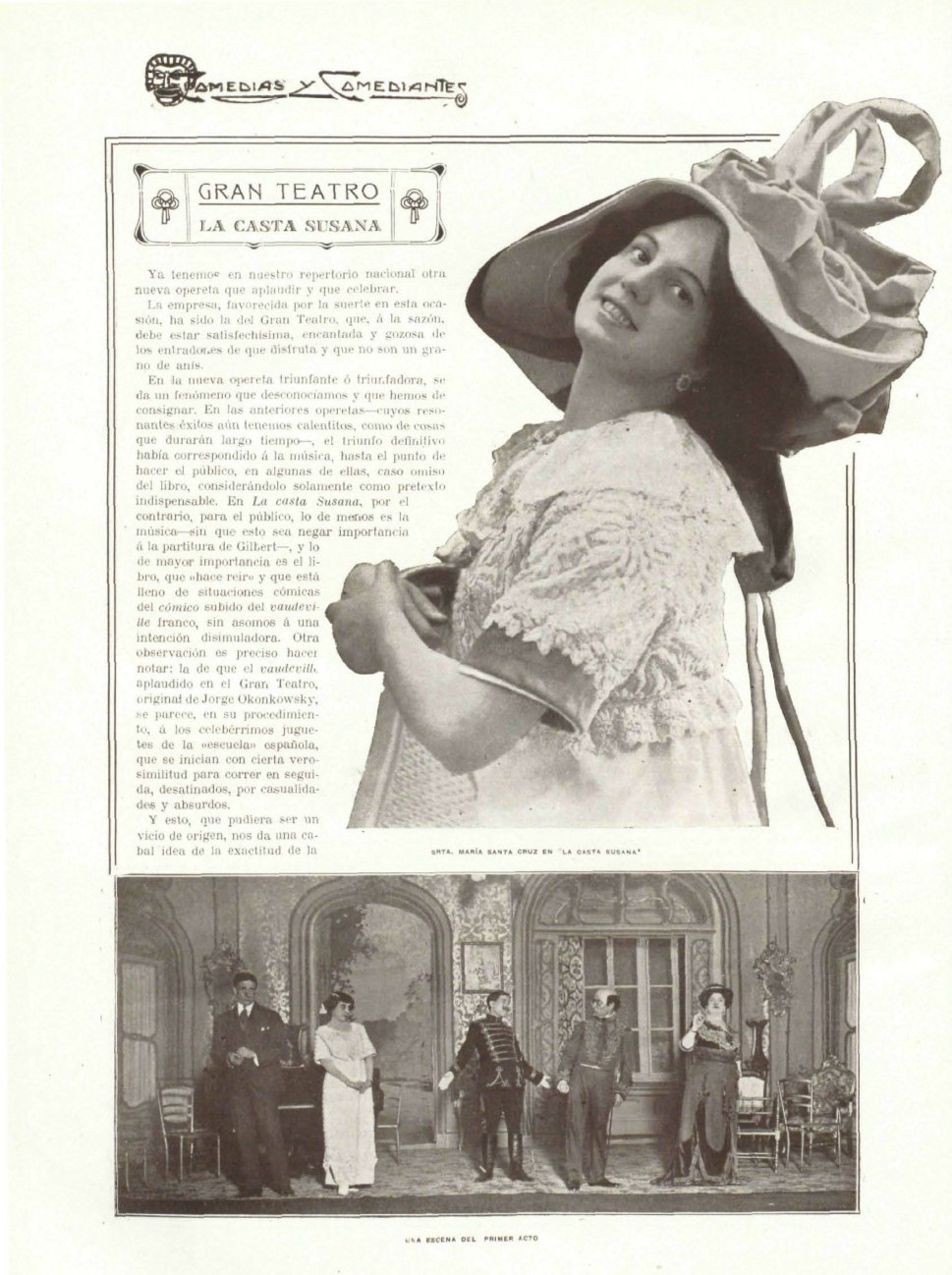 The love affair between Gilbert and Spain would kick off with the impressive premiere of the Spanish adaptation of Die keusche Susanne (La casta Susana) in November 1911, only three months after the Berlin premiere and six months after the Viennese premiere, and considerably before the highly renowned London (September 1912) and Paris premières (March 1913). An uncredited Amadeo Vives was in charge of the musical arrangements for the successful performance at the Gran Teatro de Madrid, in a version that toured all the theatres of Spain and Latin America. From then on the succession of Gilbert premieres would be unstoppable, with adaptations of at least fifteen of his works (a quarter of the works in his catalogue) appearing in Spanish theatres.

It is interesting to note in this respect how Spanish neutrality during the Great War favoured the arrival of new works from Gilbert’s catalogue: if before the war titles such as Polnische Wirtschaft (La alegre Polonia), Onkel Casimir (Casimiro en el cielo, the only title he released in Germany under his real name although here it inevitably arrived with his attractive stage name) or Die moderne Eva (La mujer moderna) were received in the midst of the European war, the adaptations of Autoliebchen (El amor en automóvil), Die Kino-Königin (La reina del cine) – which the Musikalische Komödie Leipzig will revive next season! – or Blondinchen (El pícaro Segismundo) would be released. 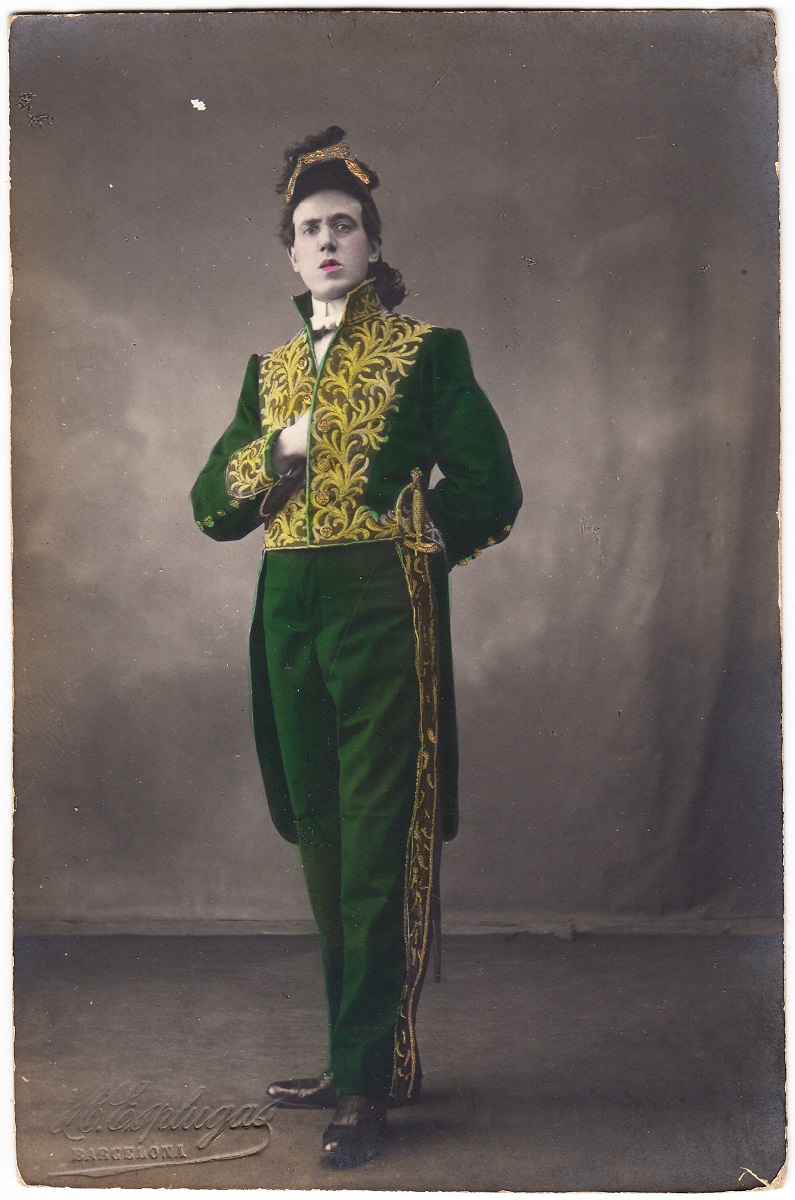 During the 1920s and early 1930s Gilbert’s works arrived in Spain by two routes: in addition to the adaptations by Spanish authors, which were performed in the theatres of Barcelona and Madrid, such as Die Frau im Hermelin (La dama de la rosa), Die Braut des Lucullus (¡Roma se divierte!) and Katja, die Tänzerin (Katia la bailarina), there were also adaptations in the repertoires of Latin American companies touring Spain, such as Fräulein Tralala (La señorita Tralalá), played by Esperanza Iris, the great Mexican diva who had been a leading Girl in the Taxi on the American continent in the 1910s. 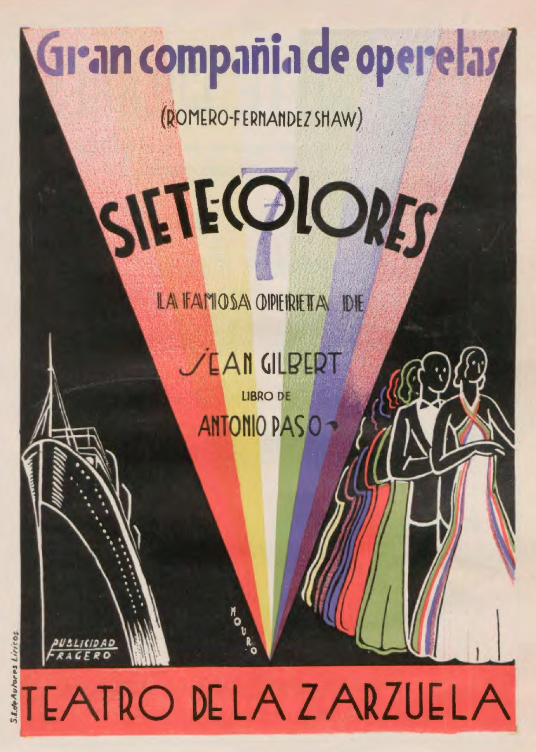 So the announcement of Maestro Gilbert’s arrival in Madrid to take charge of the premiere of his latest stage production Die Dame mit dem Regenbogen (Siete colores) at the Teatro de la Zarzuela was quite a news bombshell. The composer’s presence in the printed press and on radio was very prominent. Federico Romero and Guillermo Fernández-Shaw, the celebrated zarzuela librettists, then impresarios of La Zarzuela, had designed a carefully planned programme of popular musical theatre, including a newly created work Luna de mayo (by Ernesto Pérez Rosillo), an adaptation of Das Dreimäderlhaus (with Schubert’s music arranged by Berté in a re-adaptation by Sorozábal) and the premiere of Gilbert’s work. 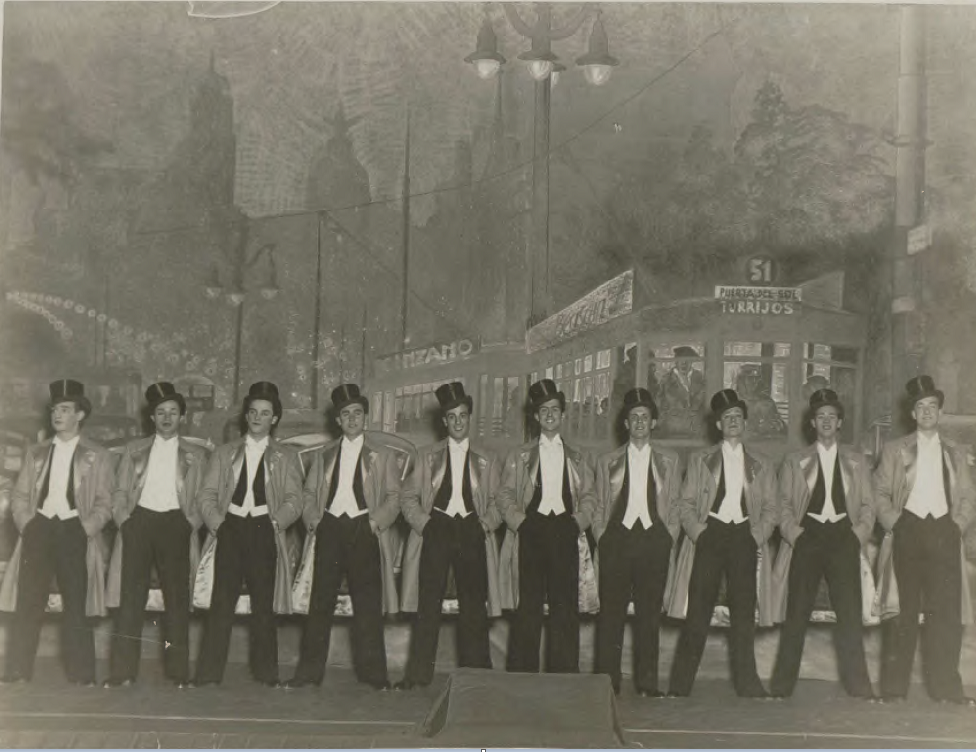 They commissioned the adaptation of Julius Brammer and Gustav Beer’s libretto from the experienced Antonio Paso Cano, a veritable institution in Spanish musical theatre; Gilbert added at least two “Spanish” numbers to the score: a pasodoble and a fandango. Interestingly, the Romero/Fernández-Shaw tandem had already adapted a title from Gilbert’s catalogue, Princess Olala (La princesa Olalá), a decade earlier. The impresarios spared no means to make this premiere and the season in which it was performed a real milestone in the history of Madrid’s shows, installing for the first time a revolving structure on the Zarzuela stage designed by a German engineer recommended by Gilbert himself, and hiring three ensembles of “Viennese girls, Spanish vicetiples and boys of indefinable cataloguing” in the words of Fernández-Shaw. 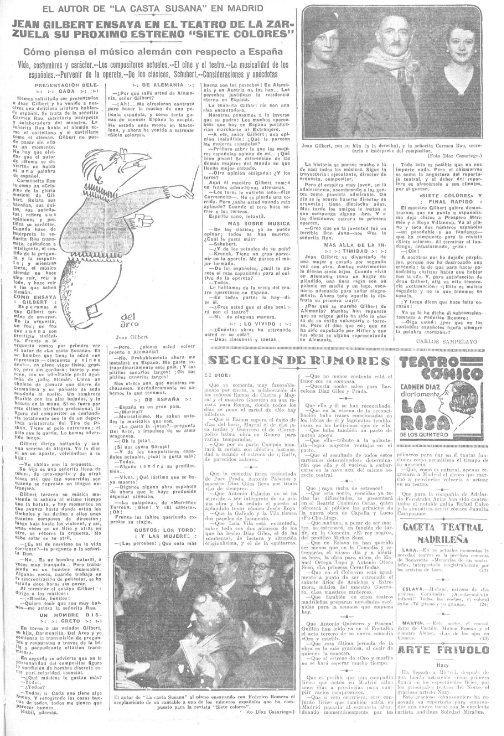 The German musician, accompanied by his daughter and a translator, seduced the press with his bonhomie, and also made the headlines for his work as a film composer. Gilbert took part in three important projects of the company Ibérica Films, with German-Jewish monetary and human capital: the soundtracks of the feature films Una semana de felicidad and Poderoso caballero (both by Max Nosseck) and of Doña Francisquita (Hans Behrendt), all of them shot in Spanish at the legendary CEA studios in the Spanish capital. The first film adaptation of Amadeo Vives’ classic zarzuela brought the two composers together again in an ambitious artistic project for which Gilbert put all his efforts into arranging the music of the late Catalan composer, who in 1911 had himself arranged the German. 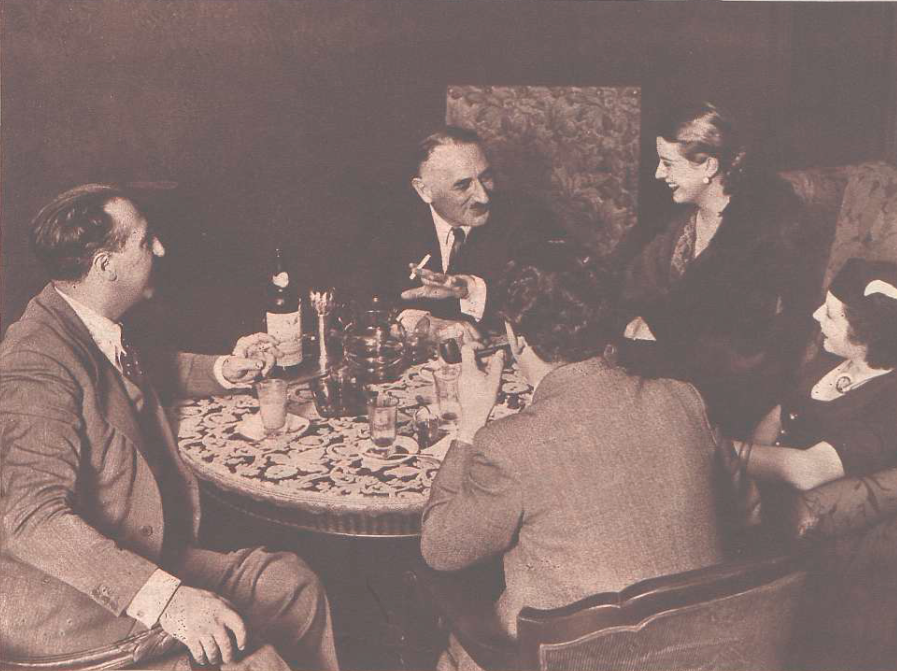 Gilbert with his daughter and secretary in conversation with the Crónica journalist and one of the Teatro de la Zarzuela’s impresarios. (Photo: Videa [photographer]. Crónica. Biblioteca Nacional de España)

As history would have it, this apparently safe Spain became much more inhospitable shortly afterwards. Gilbert fled at the end of the war in 1939, heading for Argentina, where he continued his musical activity linked to the world of cinema. In 1944, two years after his death, Benito Perojo, the Spanish musical film director par excellence, shot an adaptation of his most famous operetta, La casta Susana, in Gilbert’s last adopted country. That film did not, however, enjoy the popularity of the Spanish-French blockbuster shot two decades later with Perojo himself as producer and the great Spanish film star Marujita Díaz in the leading role. The Spaniards of 1963 were thus able to revive, half a century after his arrival and a quarter of a century after his forced departure from the peninsula, the love for a composer who had made several generations of spectators happy.
Tagged: Ignacio Jassa Haro Jean Gilbert Robert Gilbert