Neil Patrick Harris is at the very top of his considerable game in an electrifying turn as playwright John Cameron Mitchell’s transgender entertainer Hedwig. 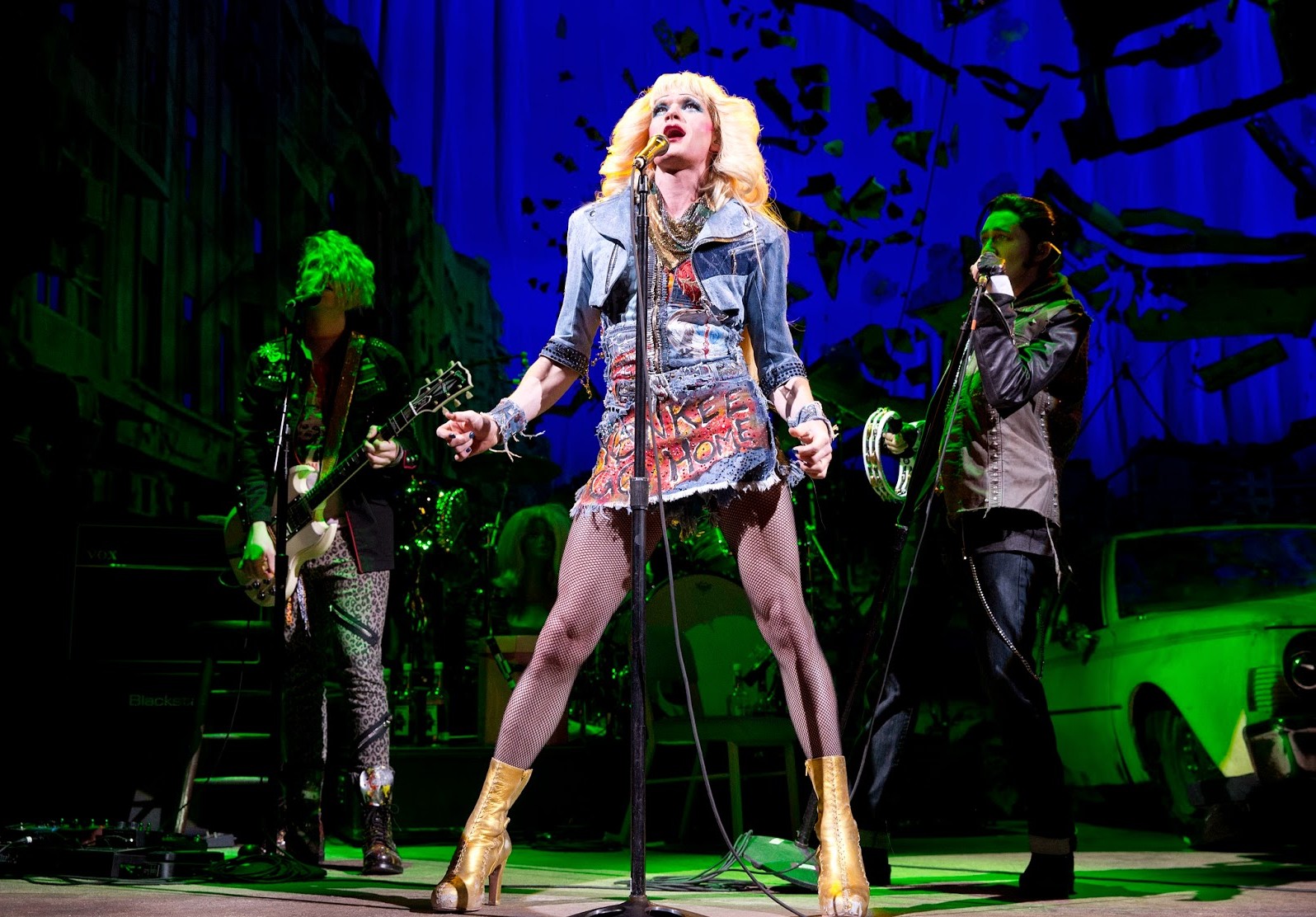 Neil Patrick Harris as Hedwig, in the 2014 Broadway production at the Belasco Theater. (Photo: Joan Marcus/PR)

I don’t think Hedwig’s evening long monologue – which frames the eclectic rock score – can ever have been funnier than in Mitchell’s updated script and in Harris’ exquisitely timed delivery, with riffs on everything from the ghost of impresario David Belasco and Disney’s The Lion King, to the Church and Barbra Streisand.

But this is more than just a campy lark. As Hedwig lays out her narrative, explaining her origins as Hansel in East Germany, her first marriage, the botched sex-change operation which left her with the “angry inch” scar, and her infatuation with Tommy Speck whom she believed to be her ideal mate until the boy abandoned her and became rock star Tommy Gnosis by singing her songs, Harris shades all the flamboyance with moments of great poignancy.

Lena Hall plays her Jewish husband Yitzhak, a former female impersonator, and excels in both aspects of her character’s gender, singing beautifully, too.

Michael Mayer directs with the same electricity and imagination he brought to the rock-flavored American Idiot and Spring Awakening enveloping his protagonist, on this occasion, with almost Christ-like symbolism.

With stunning lighting effects by Kevin Adams, and Julian Crouch’s state design which looks as though a bomb hit it (and, indeed, it was left over from a musical version of The Hurt Locker) as Hedwig drolly explains in one of his entertaining digressions.

Tim O’Heir’s sound design is mighty loud, as the genre demands, but artfully so, and most of composer Stephen Trask’s lyrics get through the din.

Outlandishly but fetchingly outfitted by Arianne Phillips. Harris seems to relish the drag strutting – as, I guess, do all the interpreters of the role — teasing the front rows with “Sugar Daddy” and camping it mightily with “Wig in a Box.”