After the success of The Hired Man (being revived at Hornchurch in the Spring of 2019), Howard Goodall turned his attention from ‘lusty, earthy’ choruses dominated by men, to a show in which women are prominent, attempting to tell the story of those who volunteered to join the Women’s Auxiliary Air Force in 1941. It was successfully staged, with Maria Friedman, at Oldham Coliseum in 1986, but when it transferred to London’s Playhouse Theatre, Goodall had been persuaded to rewrite much of it, and its run only lasted a few weeks. 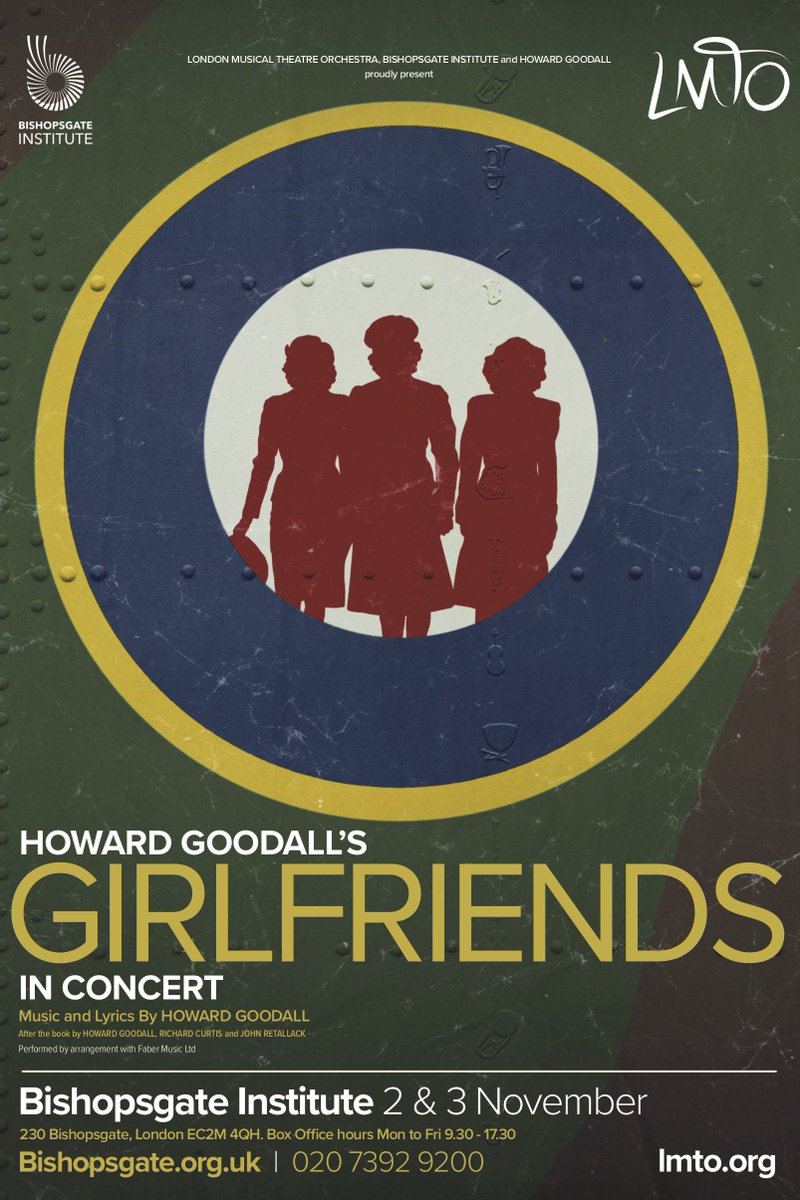 LMTO’s revival of the work ‘in concert’ proves that it contains much of his best music: very melodic, sumptuous, often complex, romantic in style, almost a late twentieth century operetta. There is a lot of music as well, over 140 minutes, but it never seems one moment too long owing to the variety of Goodall’s imagination.

The composer’s original orchestration for six players has been enriched by the highly talented Simon Nathan, superbly played by the thirteen strong LMTO. One would scarcely believe that this orchestra, which is in residence at Bishopsgate Institute, has only been formed for three years, so competent and stylish is its playing under its founder/conductor Freddie Tapner.

Vikki Stone was highly successful in creating the role of Jasmine, who, having joined the WAAF, begins to question the morality of bombing civilians. Lauren Samuels(Amy) used her gorgeous voice effectively and movingly to bring out the pathos of her love affair with Guy(Rob Houchen), who was the embodiment of what we think of as a young, inexperienced RAF pilot. Lucie Jones (Lou) was equally successful in her role as Guy’s first girlfriend, and Lou and Amy’s final duet was really quite affecting, with one of Goodall’s best flowing melodies.

Humour was very much in evidence in the amusing portrayal of Sally by Natasha Barnes, using facial expression to great effect. Bronte Barbe as Jane did full justice to her only song ‘The Chances Are’.

It is, however, unfair to single out anyone from this truly ensemble cast as each convinced in role, difficult in a concert performance, and each was able to bring out the individuality in their music, from Lizzie Wofford as the NCO, Woods, to Chris McGuigan in the comparatively minor role of Gareth. The ‘ensemble’ of Lisa Bridge, Charlotte Clitherow and Tara Divina were highly successful in coping with all the different styles of music they were asked to sing: Glenn Miller to Bach!

Occasional narration was effectively provided by Group Captain Victoria Gosling MBE, almost hidden out of sight, which was a shame.

This was a superb evening of theatre and music. The question is: why has this show been allowed to disappear for the last 32 years? The good thing is that if you were not lucky enough to see it, all three performances have been recorded and will be released in various formats in 2019. Meanwhile, if you are not familiar with Goodall’s work, or even if you are, do go and see The Hired Man at Hornchurch!