I can think of only two reasons for visiting the post-industrial city of Duisburg: firstly to hear the gorgeously expressive playing of one of Germany’s finest regional orchestras, the  Duisburg Philharmonic, under constant threat of funding cuts from the Thatcherite city fathers, and secondly to experience a production in the warm acoustic of Theater Duisburg, also under continual monetary threat. When the production is an excellent one of Lehár’s Der Graf von Luxemburg, the traversal through the ten year old building site that one has to negotiate between railway station and opera house is more than worthwhile! 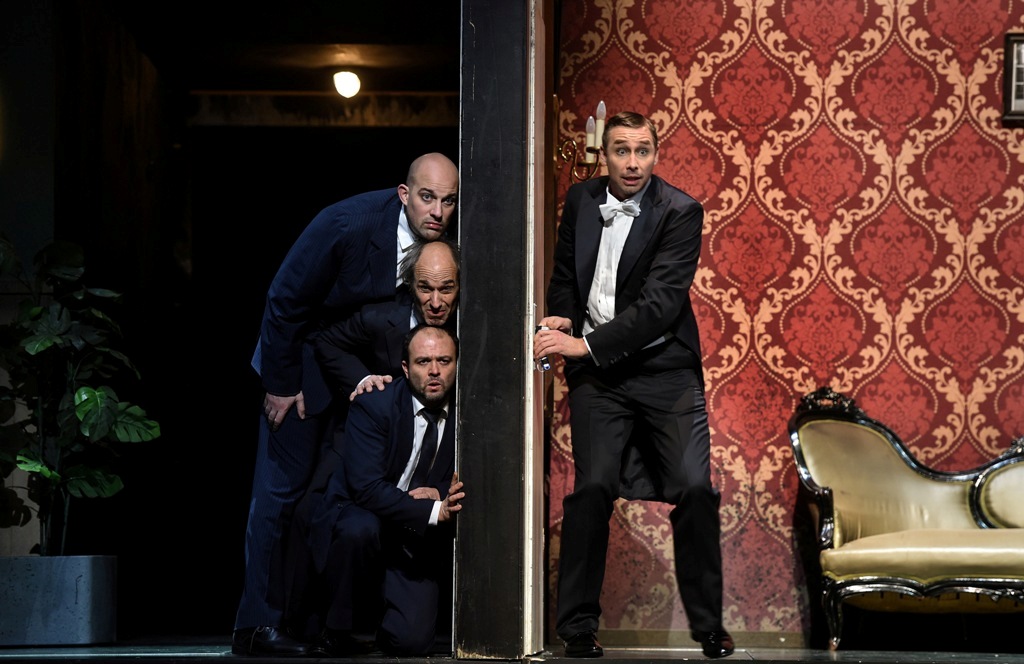 The Deutsche Oper am Rhein is a large ensemble company which also performs in Düsseldorf, and in recent years has staged one new operetta production each season, with mixed success! Their staging of Gilbert and Sullivan’s The Gondoliers a few years ago was set, not in Venice, but on Brighton’s derelict West Pier. It sank very quickly and has never been revived! 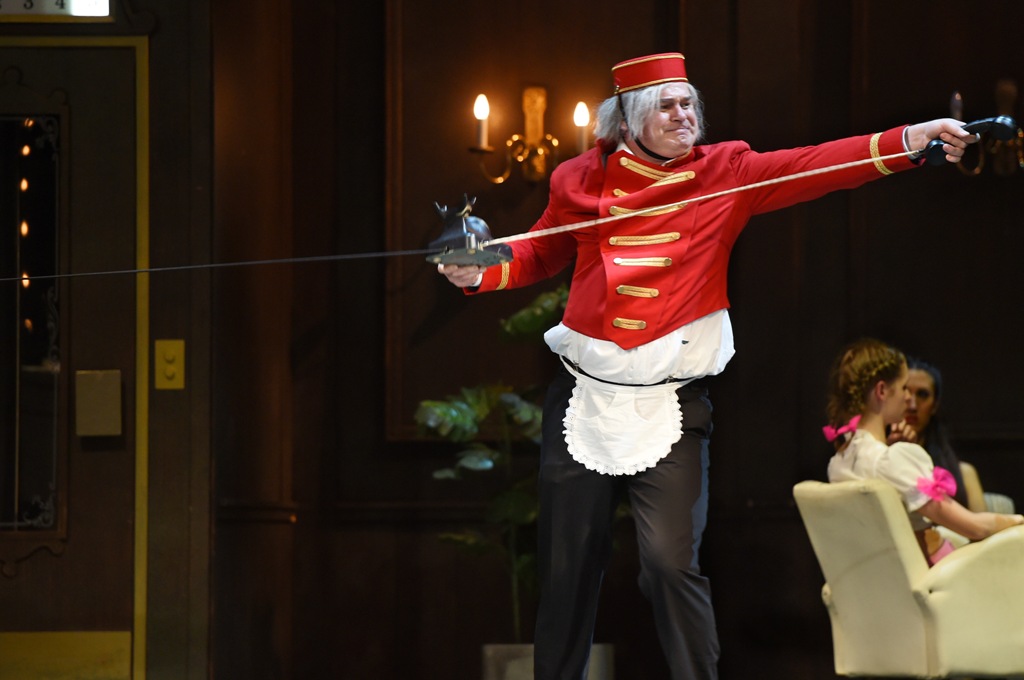 The director, Jens-Daniel Herzog, has wisely chosen a fairly traditional approach to his Lehár version. He has updated Graf von Luxemburg to the present day costume-wise (Sibylle Gaedeke), but the sets (Mathis Neidhardt) are redolent of an opulent past, being  quite lavish and massive, making full use of the stage’s revolve and flying facilities. The result is a well-directed, imaginative production which flows and has pace. There are some nice touches, such as the ‘ladies of the night’ waiting in the hotel foyer in Act 3: one gets the impression that this hotel, once very smart and expensive, is going to seed, in a delightful way. 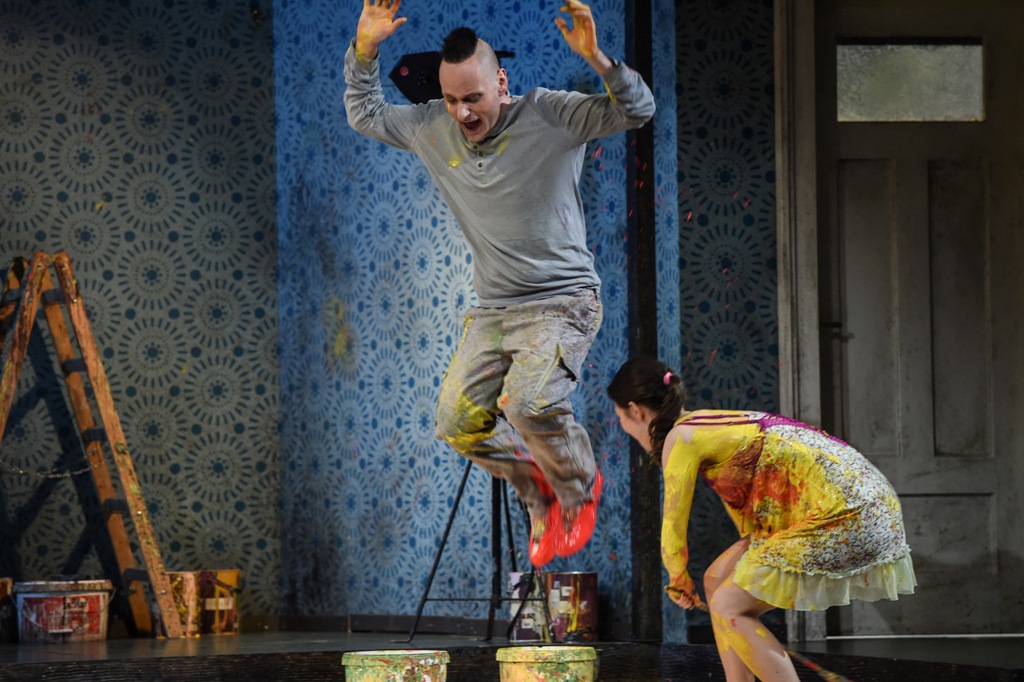 The ballet (choreography Kati Farkas) in Act Two is one of the many highlights of a thoroughly enjoyable evening. It is a shame that the nine dancers do so little else: they have gone home long before the curtain call!

The role of Rene calls for a suave, debonair singer: high baritone Bo Skovhus is admirable, with ringing top notes and an ability to dominate the stage whenever he is present. The fact that he looks a ‘hunk’ is not lost on all the females (and some of the males?) of a certain age in the audience. He can also act and has considerable charm – an inspired casting choice. 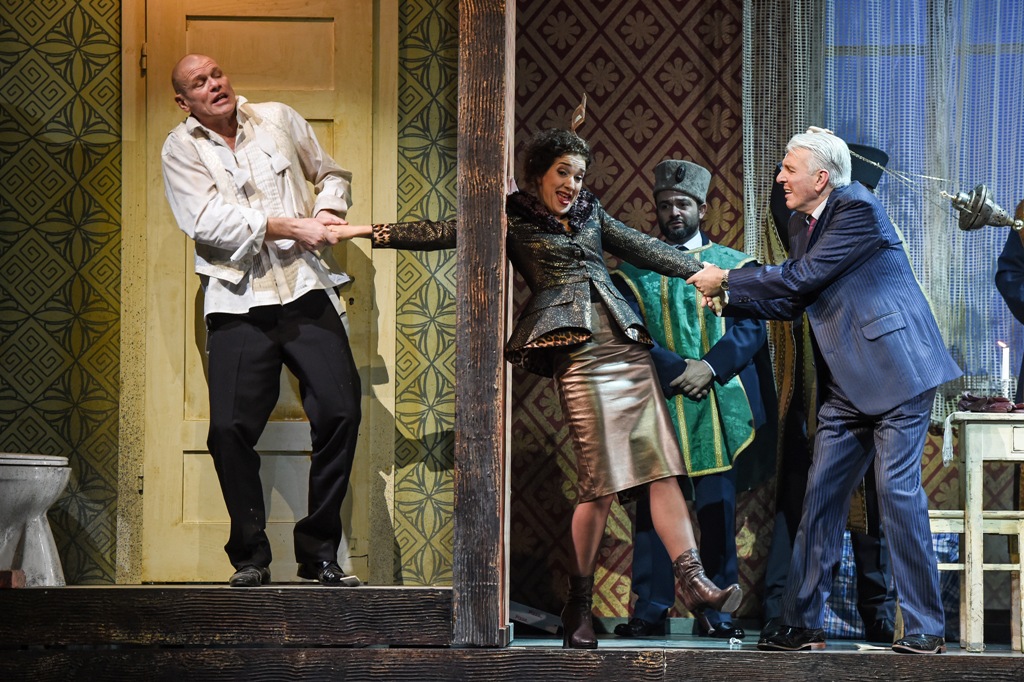 Juliane Banse, as Angele, inhabits the role with the necessary touch of romance: tall (yet shorter than Bo), slim, dark and seductive. The two have performed in Graf of Luxemburg before, in the production of the Theater an der Wien that is also available on DVD.

This is a new and different version.

Cornel Frey (Armand) and Lavinia Dames (Juliette) have terrific energy, and provide much of the humor, as is their function, ensuring that the operetta always moves swiftly along. 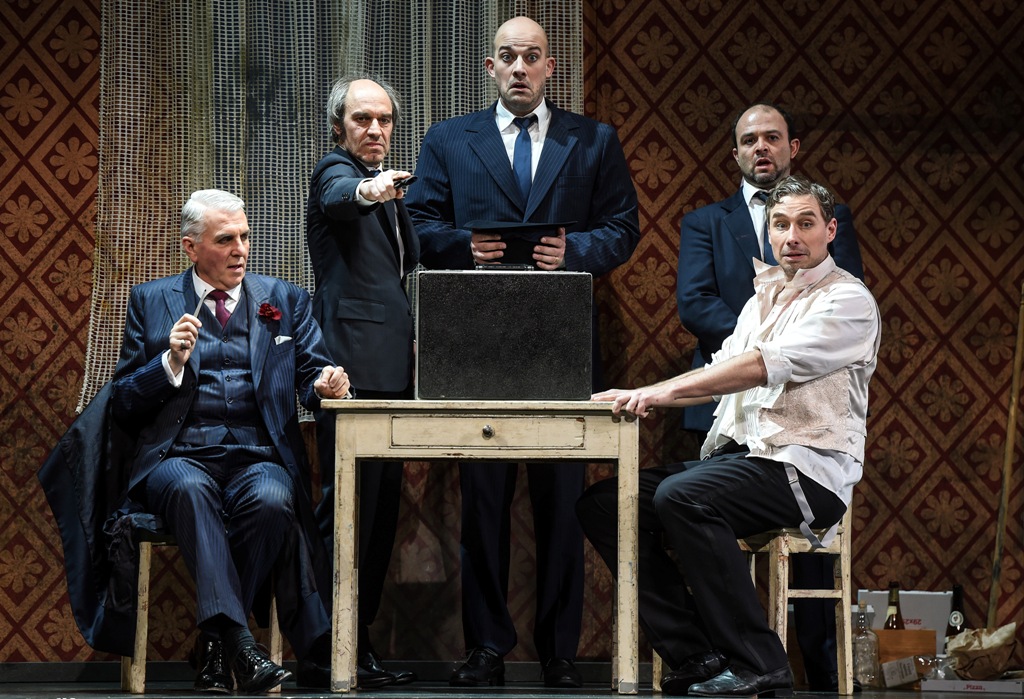 It was a great pleasure to encounter Bruce Rankin in a substantial role. Basil is usually portrayed as an ageing roué, but here he is a steel-grey haired mafia boss, complete with henchmen, and he has the ability to be so still that he is often quite menacing. The difficulty is that the lyrics he is given to sing are not always appropriate to this approach.

Often, Act 3 can be the weakest in any Viennese style operetta, but not in this production, thanks to the portrayal of Susan Maclean as Gräfin Stasa.

The way she sings “Ich will die Liebe geniessen” is a master class in how to sing off the words and make an indelible impression on an audience in a secondary role. The director (presumably) has written two encore verses, which were rightly demanded by the audience, bringing in Donald Trump et al. Presumably the lyrics are frequently updated. 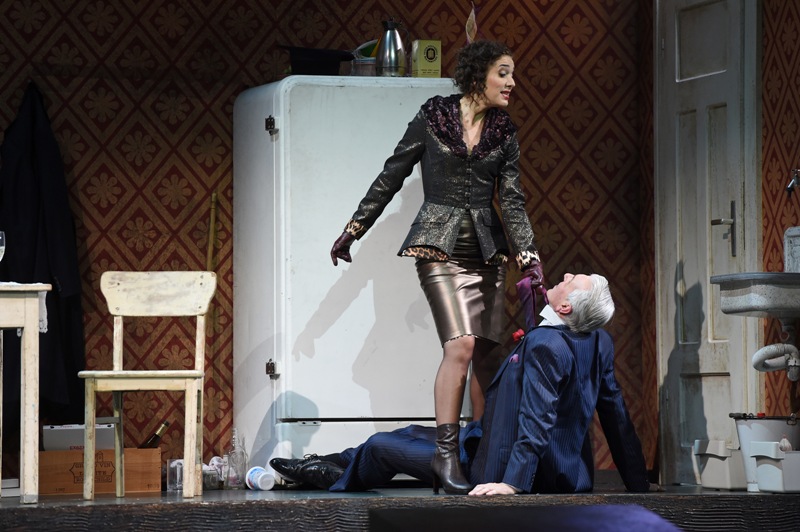 The director uses the chorus intelligently, making them as individualistic as possible, rather than just ‘dressing the stage with bodies’. Patrick Francis Chestnut conducted with an appropriate Viennese lilt, getting richness and warmth from the excellent orchestra.

All in all, a production that will doubtless be revived with different casts for many years to come, and deservedly so.