There are many reasons why one can fall head-over-heels for Lehar’s “musikalische Komödie” Giuditta, first produced in January 1934 at the Vienna State Opera. It offers some of the most sensuous “big sing” operetta music ever written, sentimental to the extreme, yet highly seductive: the duet “Schön, wie die blaue Sommernacht” is one of many highlights, the other top hits being “Freunde, das Leben ist lebenswert”, “Meine Lippen, sie küssen so heiß” and “In einem Meer von Liebe, möcht’ ich so ganz versinken”. Then there is the interesting backdrop to the story: Northern Africa. It was en vogue back in 1934, shortly after Marlene Dietrich and Gary Cooper had presented a similar story in Morocco. Dietrich/Cooper were the Hollywood equivalent to Lehár’s Richard Tauber and Jarmila Novotna. They both knew how to razzle-dazzle an audience with their stylized (superlative) singing and magnetic stage presence. Add to this a remarkable plot about a young soldier deserting his regiment for love: only a year after the Nazis took over power in Germany and forced the country into an aggressive new militarization. It’s no coincidence that the Jewish librettists Fritz Löhner-Beda and Paul Knepler advocated a turning-away from a “Befehl ist Befehl” system of blindly following orders from those above, even if doing so has tragic consequences. (It had tragic consequences for Löhner-Beda too, who died in Auschwitz.) Now, there is a new recording of this darkly colored romantic operetta from Munich, with Ulf Schirmer conducting the Münchner Rundfunkorchester. 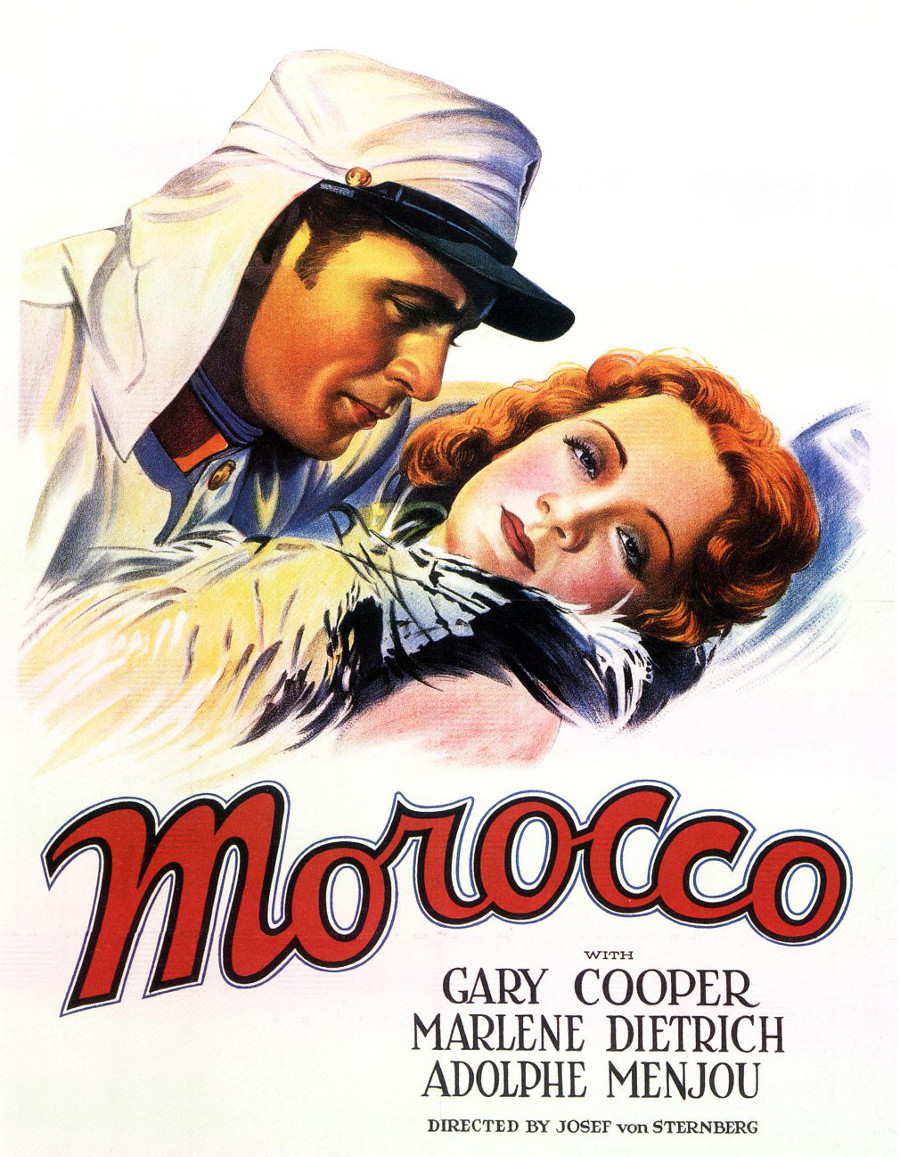 If you want a straight up verdict: Christiane Libor and Nikolai Schukoff are no Novotna/Tauber pairing. As Kurt Gänzl writes in his book Musical Theatre On Record, “There are few Novotnas and few Taubers around in a generation, and the two leading rôles are real brutes, making demands on the voices and [!] acting abilities of their interpreters more cruel than many of the most substantial operas.” Libor and Schukoff certainly have substantial voices: she is a Brünnhilde, Isolde and Ariadne, he regularly performs Parsifal, Siegmund, Florestan and such-like killer parts. They both have power when putting their voices under extreme pressure. His high voltage-and-volume entrance with “Freunde, das Leben ist lebenswert” is overwhelming, and amazingly close to Tauber. She reminded me of Anna Moffo, with a lush sound pouring out, erotically charged, very unusual for a present-day Brünnhilde, and very welcome. When Schukoff puts less pressure onto his voice, though, his sound becomes comparatively bland and anonymous, almost as if there were a second singer on stage not mentioned on the play bill. But even that anonymous second tenor sounds mostly pleasant. Add to this some bouncy “big” orchestral playing, in exciting stereophonic glory, and you have a more than valuable reason to get this new cpo recording. The funky orchestra is also great when it comes to the intermezzi and to the comedy duets. Those are executed by Laura Schwerwitzl as Anita and Ralf Simon as Pierrino. 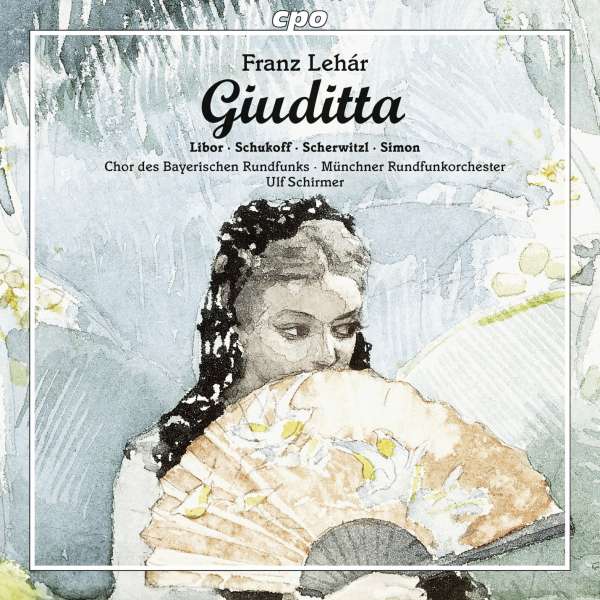 Compared with some of the buffos on offer in older Giuditta recordings, these two are a blessing: straight forward and without any laboured “cuteness”. But: they are not particularly funny in their many song-and-dance numbers. Because they are no character voices, just young run-of-the-mill singers who cannot deliver dialogue. There is the misconception – especially with regard to Lehár – that the dialogue of operettas, and that of Giuditta in particular, is silly and unimportant. Presented like it is here, it certainly is. But Löhner-Beda and Knepler were no idiots; their text book has relevance which can be understood when it’s presented the right way, by actors with a sense of drama. The same is true for the two lead singers whose delivery of the dialogue is okay at best, but mostly on an amateur theater group delivery level. If you only want the wonderful music in an attractively sung modern version, then this version is fine – even better than the old Güden/Kmennt (Decca) or Moser/Gedda (EMI).

On the whole, Schirmer and the Munich team are not able to create anything like “atmosphere,” an atmosphere where the great love-story comes to life, and works its magic.

There is no noticable characterization, from anyone, and no playing with the dialogue which leads to the next number. The result: you’re listening to a concert of pretty tunes and very explosive orchestral climaxes, but you won’t feel transported to Africa and Southern Italy, and you won’t feel touched by this love story. Not for a second!

Compared with other cpo recordings from their operetta series, this is definitely one of the few recommendable ones. Really recommendable. But Schirmer’s lack of interest in getting a (concert) operetta staged so that the story is believable, by choosing singers with his casting department who don’t just sing, is evident here. It’s actually frustrating, because the music works so well, in magnificent digital sound. Why doesn’t anyone bother to make that extra effort and turn a somewhat anonymous recording project into a truly great one? Why doesn’t Schirmer work with his soloists to find the linguistic joys of these lyrics, the right shading for the phrases (or any shading, for that matter)? And why doesn’t anyone work with the singers on their acting in front of a microphone? The melodramatic finale in a hotel bar – where Octavio meets Giuditta again, after many years, only to find out she now works as a prostitute, while he as a sad bar pianist playing despressive ballads – is downright embarrassing the way Schukoff performs it here. Richard Tauber was no great actor either, but he knew how to nail such a scene and grab his female audience.

Giuditta never made it to the UK or the USA. Many over-seas operetta fans will probably not know it at all, or they will only know the various previous recordings. There are highlights with Rudolf Schock and Sylvia Geszty (very well sung), there are Hilde Güden and Waldemar Kmennt, both in great voice but killed by the anemic conducting of Rudolf Moralt. There is Stratas on film; there are many versions of the hit songs, from Netrebko and Jonas Kaufmann all the way back to the 1950s. Though it must be said that no one comes close to the way Elisabeth Schwarzkopf finds a way of singing Giuditta’s music: as pure artefact, but with maximum effect.

Unless, of course, you go all the way back to the original singers. Jarmila Novotna and Richard Tauber serenading the blue summer night is – to this day – a standard set and not reached again. Not because their voices are so much better than the afore mentioned other singers, but because their style is more appropriate. Schukoff and Libor try to sing these over-the-top love scenes “realistically,” making them embarrassing kitsch. Tauber/Novotna turn them into something else – call it stylization, or abstraction, or ironic kitsch. They are never embarrassing; on the contrary, I’d say their way of singing this Lehár score is more modern than ever, and should serve as a role model for anyone tackling this music today. (Even for Mr. Schirmer.)

But if you want a new version of this neglected blockbuster, the new cpo version is the one to have. It certainly beats the various earlier post-war attempts. But it’s not Marlene Dietrich and Gary Cooper in full oriental glory, which it should be, and which Tauber/Novotna definitely were! 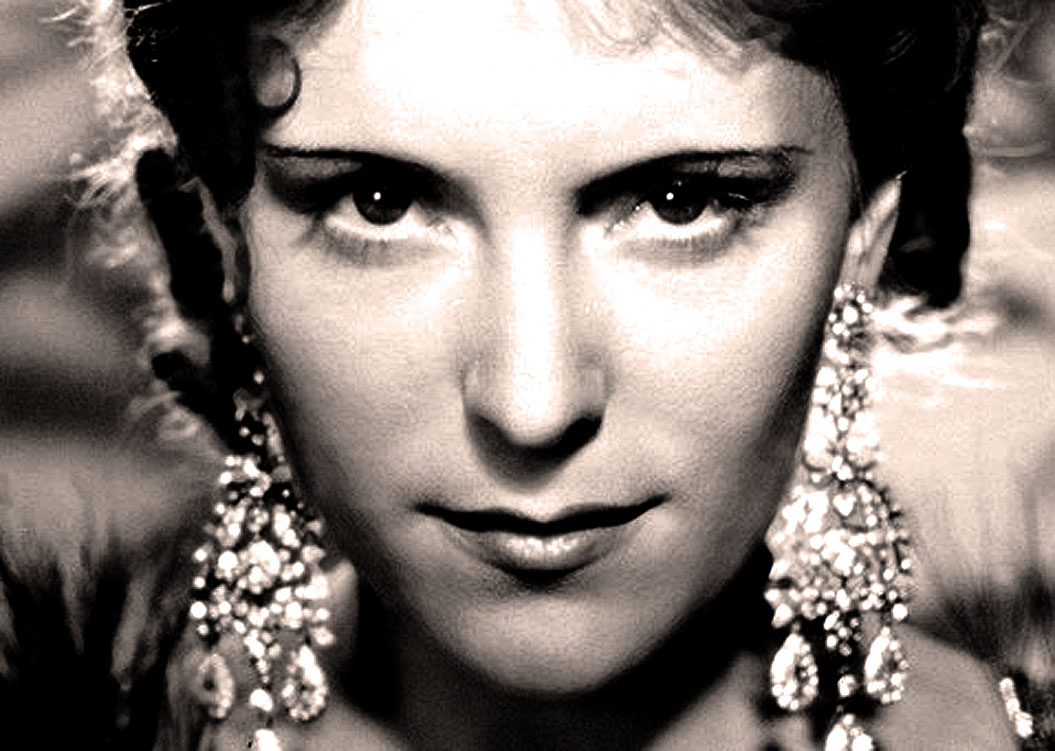 American and British operetta fans will find it interesting to compare Giuditta to the slightly ealier Romberg show Desert Song (1926), also set in North Africa, also highly romantic, but not diving into the deep end of total sentimentality. Such a dip only works if the singers/actors can make you care for the sentiments they so exaggeratedly present. Which is an art few have mastered after WW2. Is it because more singers are afraid of glamour and dripping “Jewish sentimentality”? That’s how the Nazis labeled Tauber’s singing. Which is pretty accurate, only that it should be interpreted in an absolute positive way…. without dripping sentimentality Giuditta doesn’t work. Or it doesn’t work the way it could, and should, to be an up-to-date spectacle with relevance and meaning, rather than embarrassing sentimental toss only “ennobled” by the “beautiful” music.

For more information on Giuditta and its performance history, click here.