French composer Hervé (1825-1892) has been so overshadowed by his competitor, friend and contemporary Jacques Offenbach that hardly anyone remembers his once internationally successful works. Hervé’s opéra-bouffe in three acts, Les Chevaliers de la Table Ronde, is one of these forgotten works. It was first performed in 1866 at the Théâtre des Bouffes-Parisiens. After more than a century of neglect, it recently got a power-boost with a new touring production, supported and recorded by Palazzetto Bru Zane. 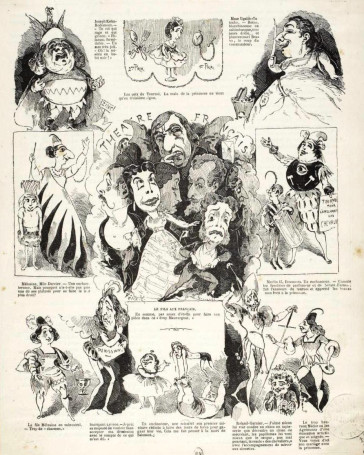 The new production was performed by the company Les Brigands, based on a new transcription for 13 singers and 12 instrumentalists, made by Thibault Perrine. It was first shown in November 2015 at the Opéra National de Bordeaux. From there it began travelling. This month it played in Venice. The Opéra de Rennes will follow in March, wrapping up the 15 city tour.

What is the piece about? According to the Palazzetto Bru Zane website, Les Chevaliers de la Table ronde (The Knights of the Round table) is one of Hervé’s “first great operettas, with which he launched the cycle of his four masterpieces: L’Œil crevé, Chilpéric and Le Petit Faust.” Rather than narrating the well-known adventures of Lancelot and Merlin, the opéra-bouffe stages an imaginary world rich with allusions to an enchanted Middle Ages. The lavish presence of an important number of secondary characters (in particular four absurd knights) allowed Hervé to create an ambitious show, capable of competing with certain productions then being put on at the Opéra-Comique. It contains the four main components of the musical comedy: parody (of ‘serious’ genres or foreign music), rhythmic energy, an offbeat virtuosity and popular tunes.

The action, transferred to those chivalrous times in a period of French history much loved by the 19th century, gives special importance to the female characters – in the very best “kinky” operetta tradition.

Mélusine, Totoche and Angélique share the limelight by caricaturing those supposedly typical feminine traits of love, jealousy, greed and sensuality. Alongside them Rodomont, Roland and Merlin present a dulled and softened image of knightly courage. 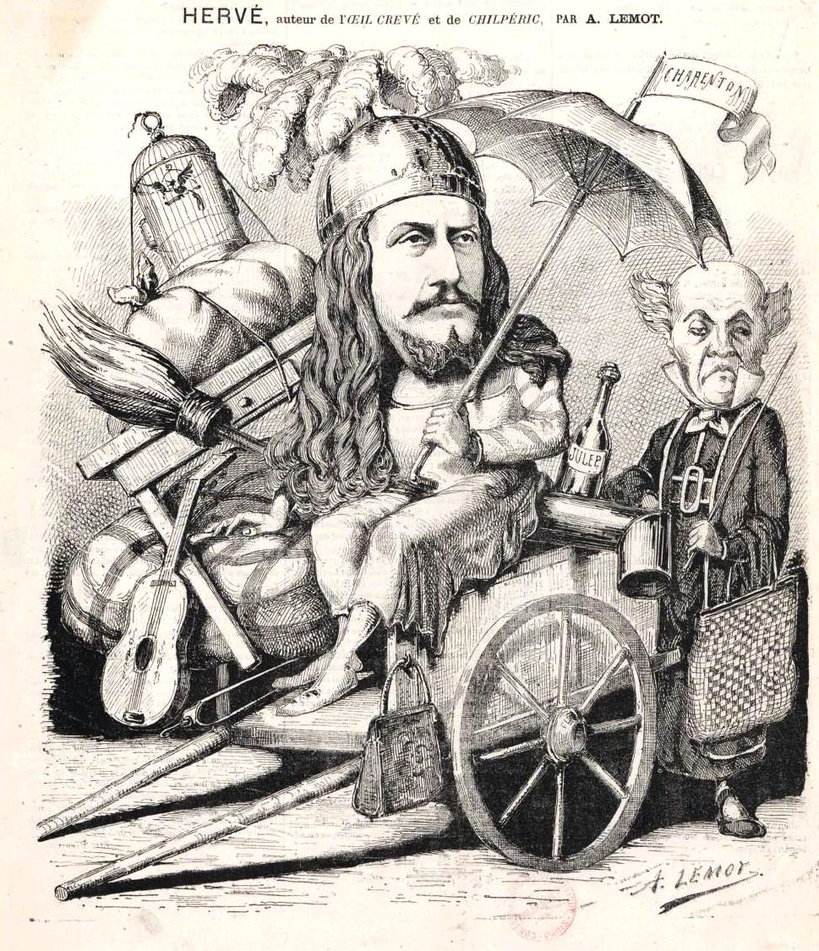 While you’ll have to wait for another two years for the lavish CD version to appear, there is – for the moment – a chance to see the entire two-hour production online on YouTube. What can we say – except that this is fabulous?