A child of mysterious origins (she was rumoured, when fame came, to have been the illegitimate daughter of an aristocrat by a Midlands wardrobe mistress), Lily Elsie was born in Wortley on 8 April, 1886. She was brought up as the daughter of theatre-manager William Cotton and worked as a juvenile performer in pantomime and comedy and in variety as ‘Little Elsie’. 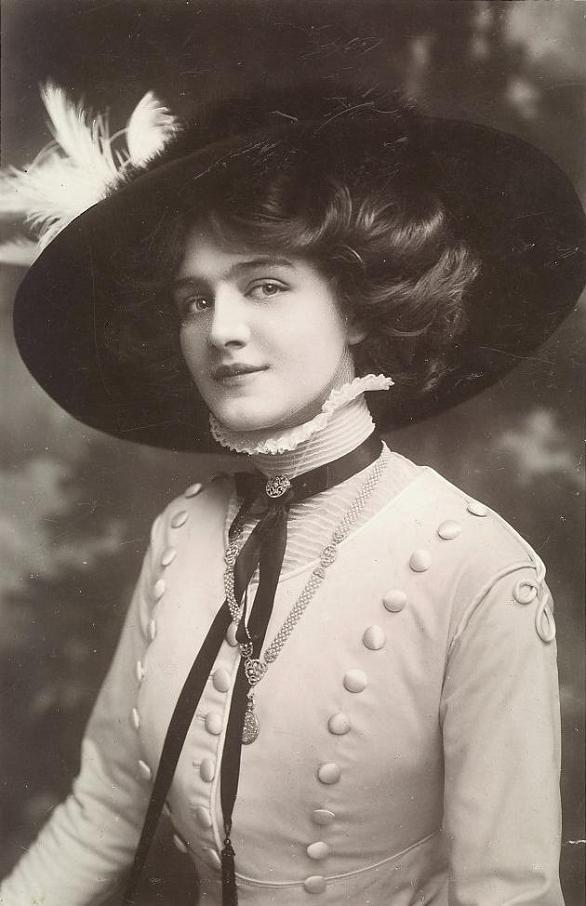 Lily Elsie as seen on a postcard. (Postmarked Birmingham September 1909)

She made her first appearances in musical comedy touring, at 16, first in The Silver Slipper and then in Three Little Maids and in Madame Sherry (1904, Barbara). She was first seen in London when, at 17, she took over the soprano rôle of Princess Soo-Soo in A Chinese Honeymoon at the old Strand Theatre.

Thereafter she worked exclusively for George Edwardes, rising swiftly and surely up the playbill. She succeeded to Delia Mason’s soubrette rôle of Gwenny Holden in Lady Madcap, toured as Lady Patricia in The Cingalee, took a tiny rôle in Les P’tites Michu (1905, Madame du Tertre) and teamed up with Zena Dare and Gabrielle Ray as Willie Edouin’s daughters in The Little Cherub (1906, Lady Agnes Congress), until the family was reduced to just two in a rewrite and she was moved on to appear in a supporting rôle in the same management’s See See instead (1906, Humming Bird). 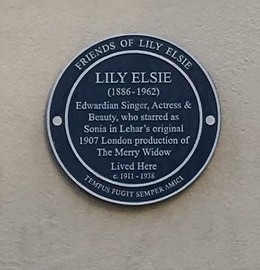 Owing to the unavailability of Gertie Millar, she created the title-rôle in The New Aladdin (1906, Lally) at the Gaiety, but she was removed when Miss Millar was ready to come back to the theatre. Edwardes more than made it up to the young singer, however, when he cast her in a much more suitable rôle as the heroine of The Merry Widow (1907), a rôle and a show which made her into a major star. 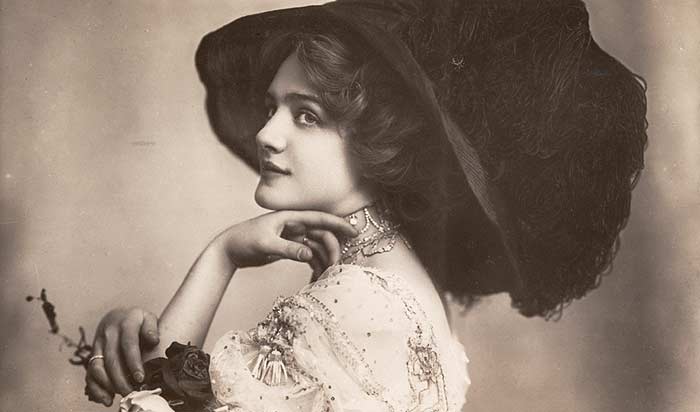 Lily Elsie in the third Act of “The Merry Widow” in London, 1907. The “Merry Widow Hat” became a ubiquitous fashion in London. (Photo: Wikipedia)

She followed up in the starring rôles of The Dollar Princess (1909, Alice), A Waltz Dream (1911, Franzi) and The Count of Luxembourg (1911, Angèle Didier), as the passion for the Viennese Operette reached its peak in London, before retiring to marriage in 1911. 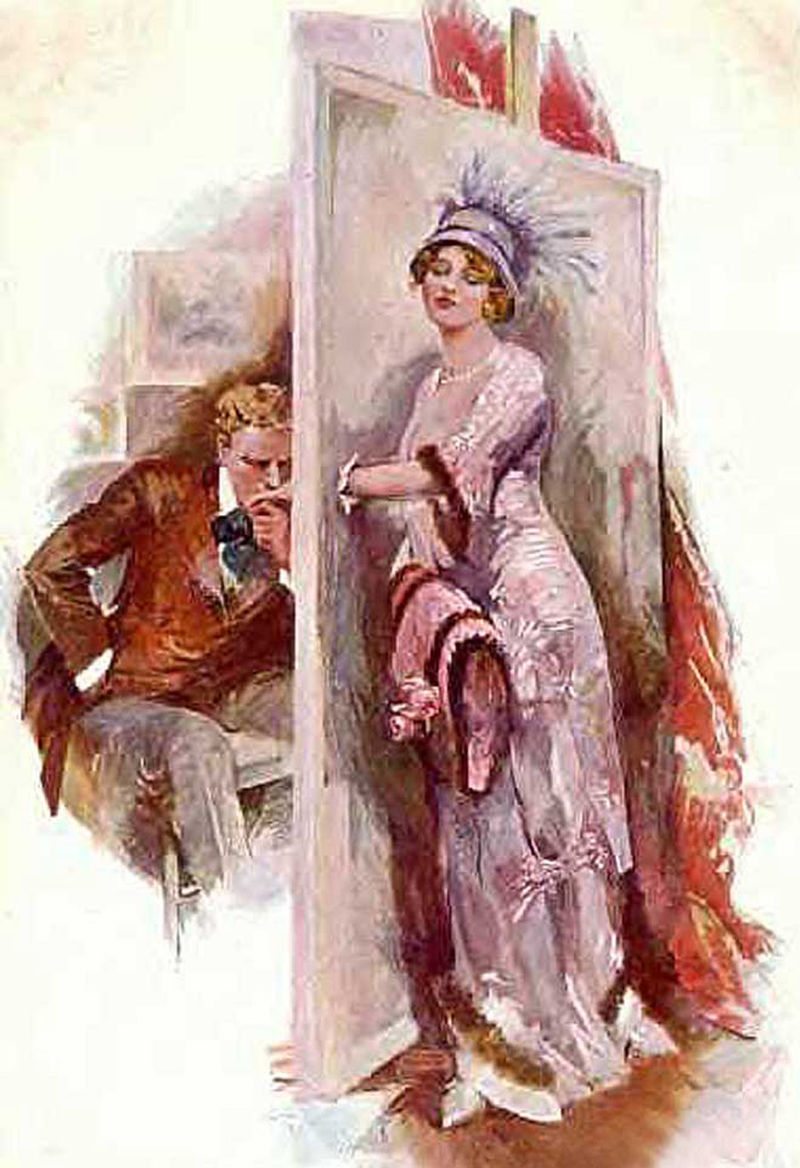 She returned to the musical stage in Pamela (1917, Pamela) and once more in The Blue Train (1927, Eileen Mayne), during various downs in her up-and-down married life, but she was unable to find again the success of her five years as Edwardes’s Daly’s Theatre star. 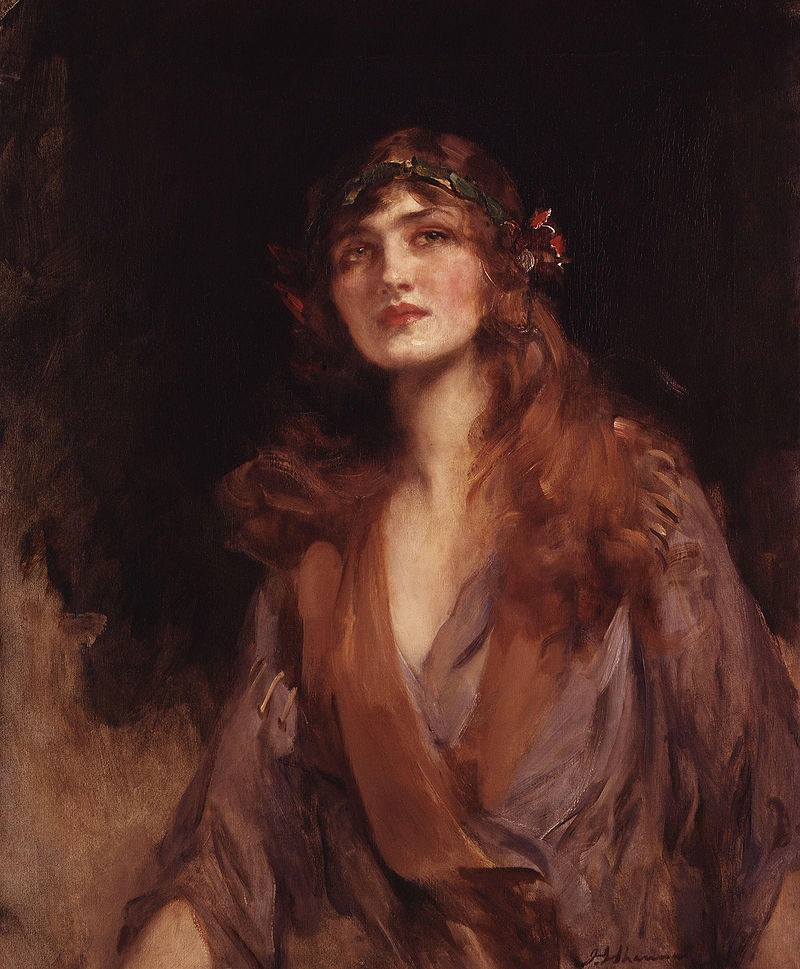 David Slattery-Christy wrote a biography about her in 2009, entitled Edwarding Beauty: Lily Elsie and The Merry Widow, republished in 2014 and 2017.