Needless to say, casting Leo Fall’s Madame Pompadour is not an easy task. Because there’s the overwhelming shadow of Fritzi Massary who created the role, and more importantly, recorded my song titles. Her version of the duet “Joseph, ach Joseph” is one of the absolute classics of all time in the operetta discography. And the rousing tenor numbers have been recorded my many a great tenor, from Peter Anders and Rudolf Schock onwards. 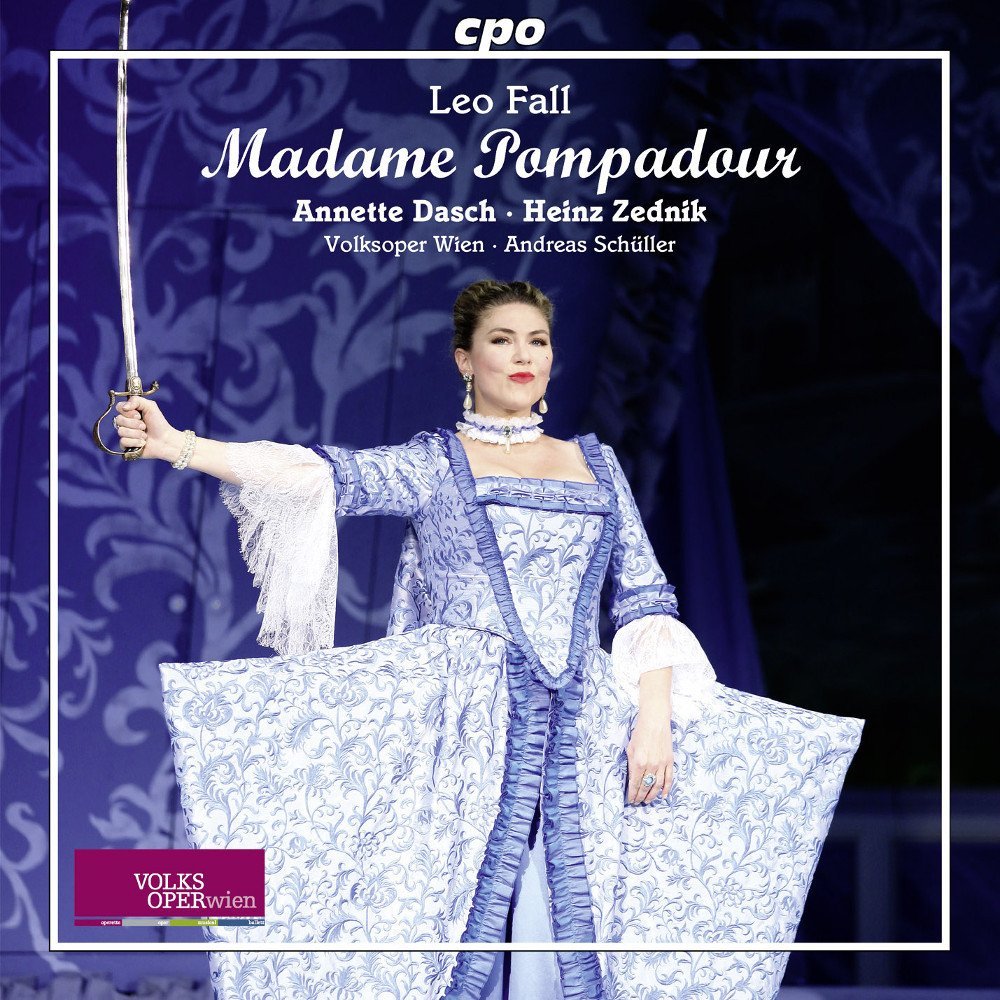 The new CD from Vienna with Annette Dasch.

Of course, there are singers out there today who could present a valid alternative to Massary’s chanson style singing, namely first-rate chanson singers or stars from the musical comedy world with character voices.

When the Volksoper Wien decided to put on a Pompadour, they opted for a different approach fully in line with their post-war casting history: they hired a so called opera “star” and hope she would ennoble the music and draw in crowds of opera fans. The star in question was Annette Dasch who made a name for herself singing Wagner and Mozart, and as a great Master of Ceremonies at various events.

Her interpretation of the great courtesan is certainly on the pompous side. She always reminds you that she’s an opera singer having a night out in operetta land. I personally find this very annoying, but you might have different ideas about this. Dasch’s voice records well, as heard here on this cpo release, a live recording from Vienna. What Dasch misses is any sense of style, and there is no apparent fun in working with the text. So many of the double entendres are lost, which means that most of the fun of this show is lost, most noticeably in the aforementioned “Joseph” duet.

Mirko Roschkowski as the dashing René sounds attractive, with a slim tenor sound. He’s in no way glorious, though, as Mr. Anders is. And his famous solo “Ich bin dein Untertan, dein treuer” doesn’t have that magic ring at the top that raises the roof.

The buffo parts are – acoustically – very stuffy. Heinz Zednik as the king is, to my ears, the best of the lot. Boris Pfeifer as Calicot is no alternative to Max Pallenberg (but then again, who is?)

Andreas Schüller in the pit opts for broad tempi and a mostly lyrical approach to the score. He doesn’t allow for much sparkle and stays mostly on the conventional side of things. (Listen, as an alternative, to the Schellacks made in the 1920s for Erik Charell’s Große Schauspielhaus version and you’ll hear immediately how much more cinemascope glamour this music can develop when conducted by real operetta connoisseurs.)

So why bother with this CD? Because it’s the first full recording of the score. This in itself is hard to believe, but true. 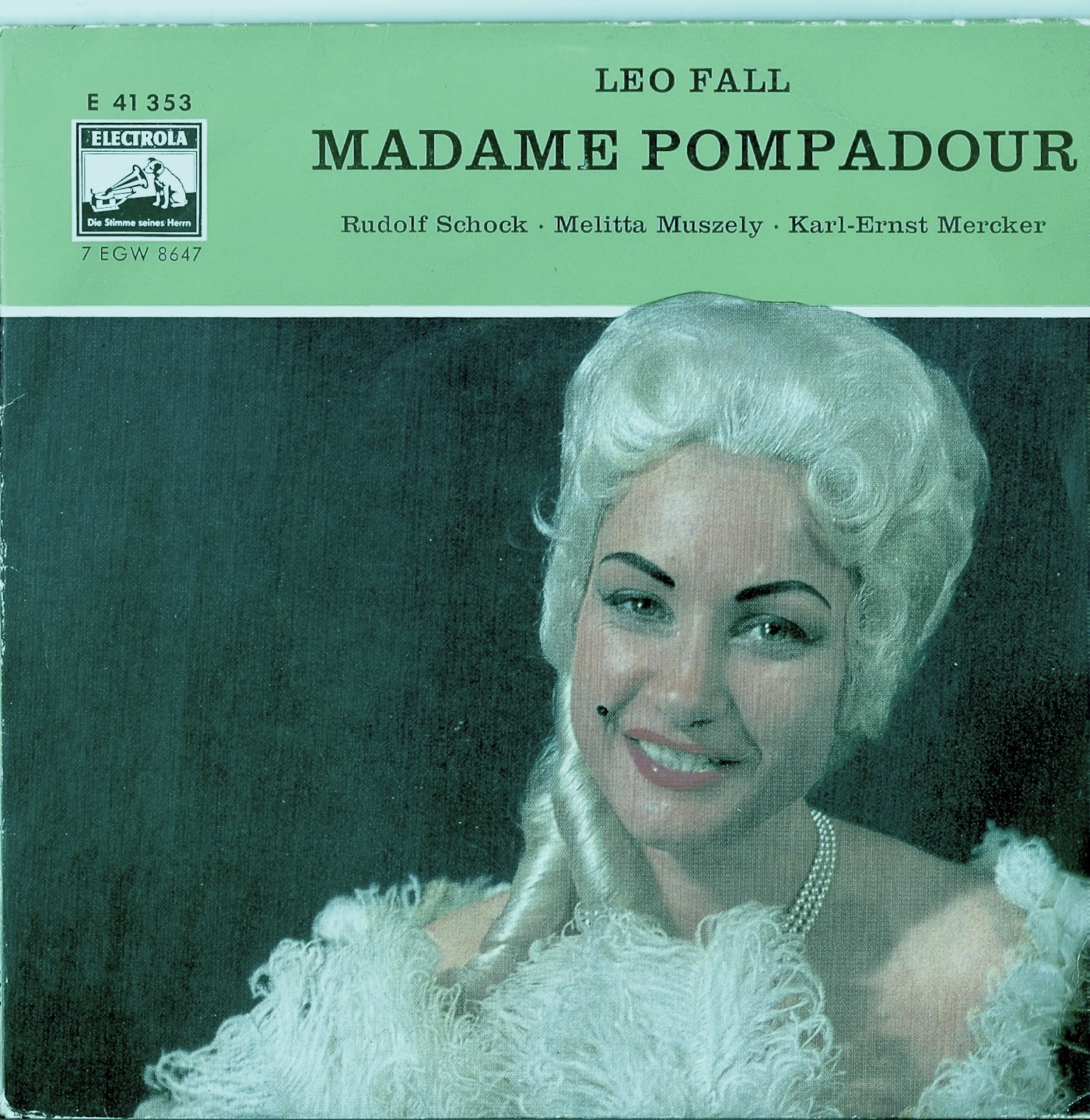 The old Rudolf Schock recording, not currently available on CD.

People who did not know the show beforehand will probably not come away from recording thinking “What a great operetta, it needs more revivals!” Which is sad, but typical of many cpo releases. Compared with some other cpo operetta titles, this generally fares better though.

Deutschlandradio Kultur recorded the Cottbus performance last year with a dazzling soprano, and some great fun on stage. Whether that recording will ever find its way onto CD remains to be seen. If I had to chose between a full version with Annette Dasch and highlights only with Fritzi Massary, I’d certainly opt for the hightlights. Because with a single phrase Massary makes you understand the genius of Leo Fall and this operetta. At the Volksoper Wien – as heard here – there isn’t much genius.