I really don’t listen much, these days, to show recordings. Especially new recordings of my beloved older shows. Those, in particular, having no surprises to spring as to exciting discoveries, are inevitably unpleasant. Pretentious. Stuffy. And overcast or miscast… I mean, an operatic contralto as Letty Lind in The Geisha? What a w*** … So, I just don’t listen to them. For me, there isn’t a wholly satisfying recording, even, of the super-well-known works of the Gilbert and Sullivan repertoire, which has been made in the last hundred years. 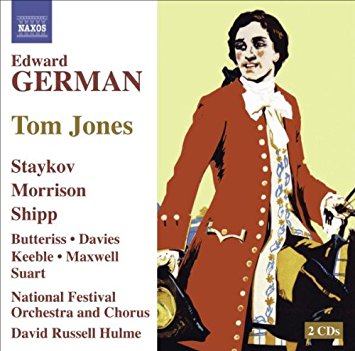 This week, however, I got caught by surprise […] when a CD arrived at my theoretically unknown hideaway address. A double CD even. It sat for a few days, but I had to unwrap it. Because it was Tom Jones. Not the Green Green Grass of Delilah. The real Tom, as in Henry Fielding and Edward German. And one of the very, very first shows I ever saw. Directed by my father circa 1953 in Wellington, NZ.

I’d listened to the existing recordings of the show when writing my Musical Theatre on Record, and thrilled (as one must) to Frederick Harvey’s Tom. Then June Bronhill and Joan Sutherland. How could a new recording equal that?

Number one. Orchestra and chorus. How often is that number one? Delicious. Full-bodied but light, with a bright-and-sparkling feeling that G&S choruses inevitably fail to find. They gave the tone to the whole affair … ‘Don’t you find the weather charming…’ 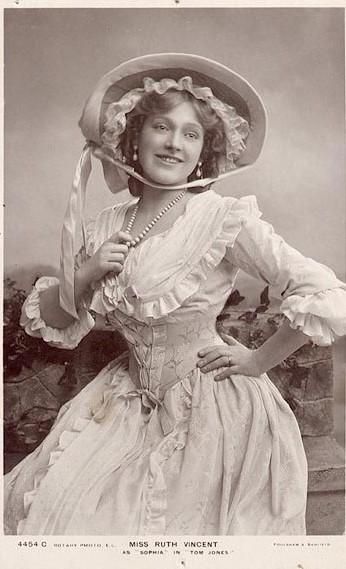 Well, Sophia will surely be a graunchy prima donna robusta. Groan. No!!!!!! A splendid voice of just the right weight, and even when the music tempts her to go wooooooo she manages (sometimes just!) to keep it bright, light and sprightly. This is, after all, Sophia Western and not Lady Macbeth! My teensy disappointment came with a mezzo soubrette. ‘I knew that he looked..’. But she certainly added shape to the ensembles and hey, maybe I was, 60 years on, still in love with Dad’s teenage Honour.

All I can say, in summary, is that this grumpy old hidebound critic and ex-caster says yayyy! And whoever cast this recording, and whoever produced it (eight years ago, I gather), are my soulmates. This is how it should be done.

This company and these soloists should be immediately signed up by Britain’s Arts Council (if they have one) to record the whole 19th-early 20th century repertoire of English, Irish, Welsh and Scottish theatre music – G&S included. That is, if said Arts Council has any money left from sponsoring trendy American musicals at the National Theatre.

I’m off to bed. Feeling joyous. Thanks, folks, for giving me so much enjoyment.