Who said that operettas don’t make headlines anymore? And that super stars from Hollywood wouldn’t be interested in the genre like they used to be in the days of Lana Turner, Jeannette MacDonald or Mae Murray – who all played The Merry Widow? And now Nicole Kidman went to see the show and created quite a stir. 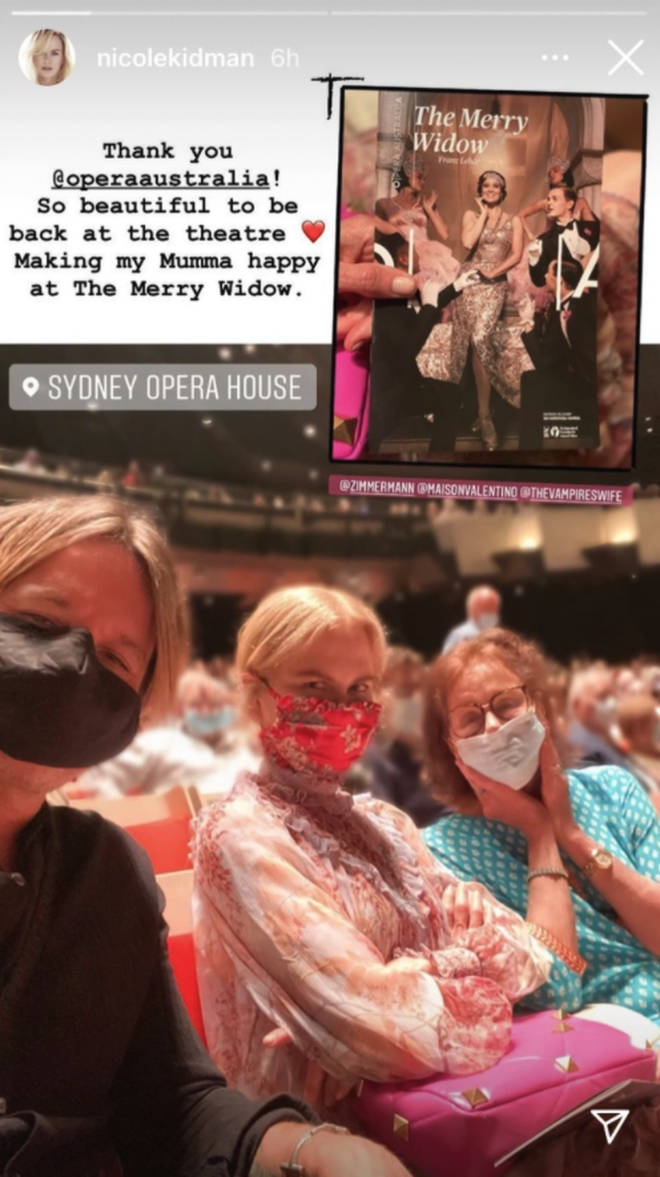 Hollywood star Nicole Kidman enjoyed a night at the opera in Sydney with her husband and mother. (Photo: Instagram/Nicole Kidman)

The Hollywood diva attended a performance of Lehár’s blockbuster at the Sydney Opera House, together with her husband Keith Urban and her mother. They were all wearing masks and enjoyed being “back at the theatre,” as Kidman wrote on Instagram.

In a different lifetime, the sighting of Miss Kidman at Merry Widow – here a “shimmering all-singing, all-dancing Broadway-style” production by director/choreographer Graeme Murphy – would have probably started rumors that the actress might herself be interested in playing the title role, maybe in a glittering film version by fellow Australian Baz Luhrmann, whom she already collaborated with in the magical Moulin Rouge.

But this is 2021, and today’s headlines apparently work differently. As it turns out, Kidman and her family stood up at the end of the performance to applaud, expressing their enjoyment of the production. However, this enraged two gentlemen sitting behind them. The Sydney Morning Herald reports that one of the men “took umbrage at the fact the Kidman-Urbans were on their feet.” So what did he do? He “swatted” the Academy award-winning Kidman “with his program,” prompting Urban “to accuse the man of assaulting his wife.”

A fight over operetta and proper behavior after an operetta performance? Apparently, Mr. Urban summoned “his burly security to escort the couple and Kidman’s mum out of the audience,” while Opera House security was sent in to “retrieve” the aggrieved operetta lover.

What exactly grieved him and his partner so much is unclear, but Kidman was “visibly upset by the incident.” And the opera house called the police. They in turn confirmed: “Police have been told a 53-year-old man and a 67-year-old man were both attending the entertainment centre when an argument broke out. Officers spoke to both men and no further action was taken.”

The incident luckily didn’t stop opera house boss Lyndon Terracini from escorting the Kidman-Urbans backstage where they “graciously posed for a photograph with the show’s star Virgilio Marino,” who sang Camille de Rossillon. Terracini took a photo of the group for Instagram. 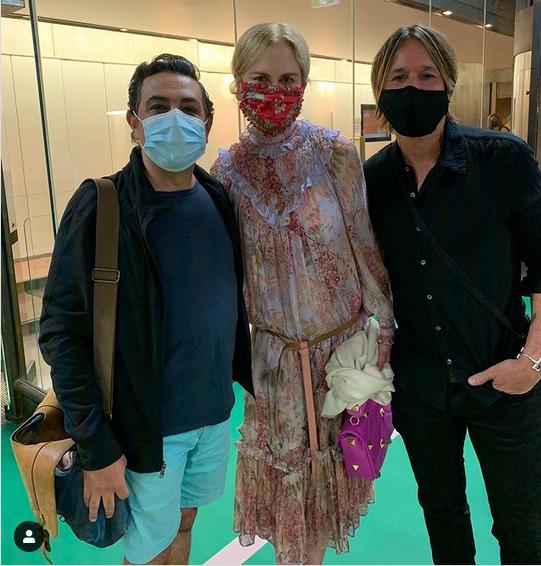 Whether the Sydney production might have inspired Miss Kidman to think about playing Hanna Glawari remains to be seen. Here’s the trailer… judge for yourself!