Yes, it’s great to see that a younger generation of rising “star” conductors is expressing interest in operetta. More than that, some are even claiming that they have this music “in their blood,” for example Lorenzo Viotti (30) from Switzerland. He recently conducted the Corona-Csardasfürstin from Zurich, and after trying his hand with that ill-fated Kálmán “Regie” experiment he now turned to Lehár and Johann Strauss for a carnival concert with the Vienna Symphonic Orchestra, streamed online. 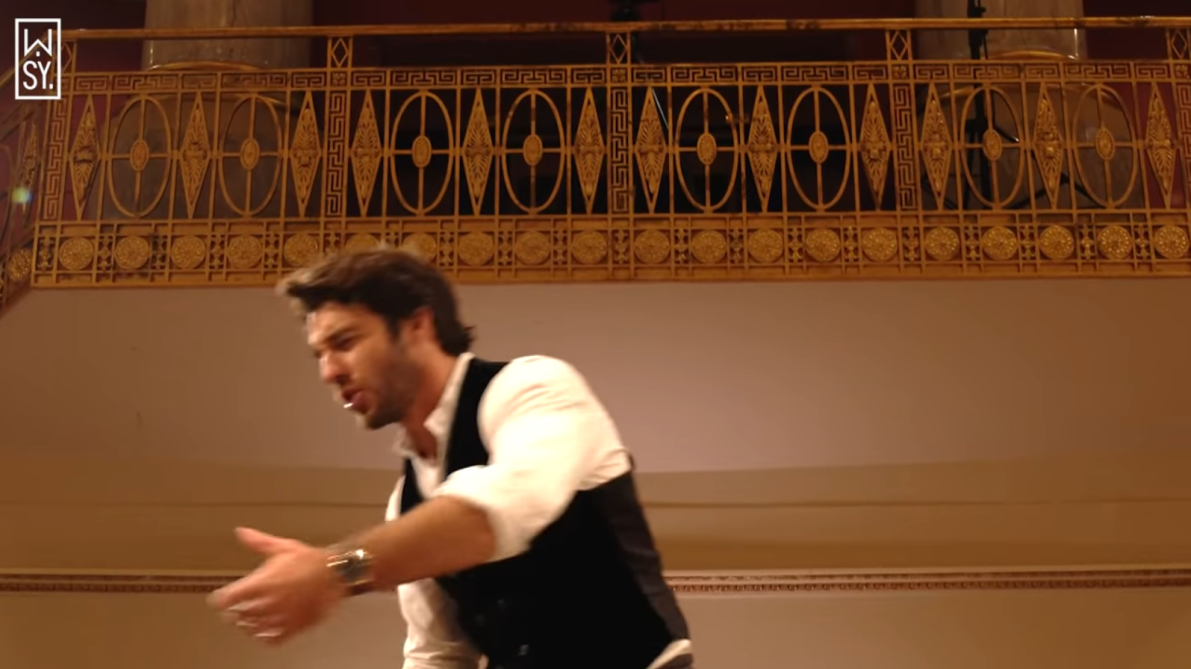 In terms of Identity Politics it’s somewhat surprising to hear that a few years of studying in a particular place – Vienna in this case – can make the waltz and particular its Viennese version part of your DNA. At least that’s what Mr. Viotti tells journalist Axel Brüggemann in an interview between the musical offerings.

As an opener, there’s Lehár’s Lustige Witwe overture, a grand concert version that is basically a potpourri of the famous tunes, not all of them in ¾ time. While some of the orchestra musicians are having a ball and play with palpable enthusiasm, Mr. Viotti Jr. refuses to give this music the sensuous kick that makes it knock you sideways – a sensuousness that authors like Felix Salten praised as “carnal lust.” And when the big waltz section comes along with the “Ballsirenen” tune, a more youthful bounce would have helped. Maybe Mr. Viotti is still afraid of the “carnal” side of this music oozes and doesn’t dare go “all the way”? 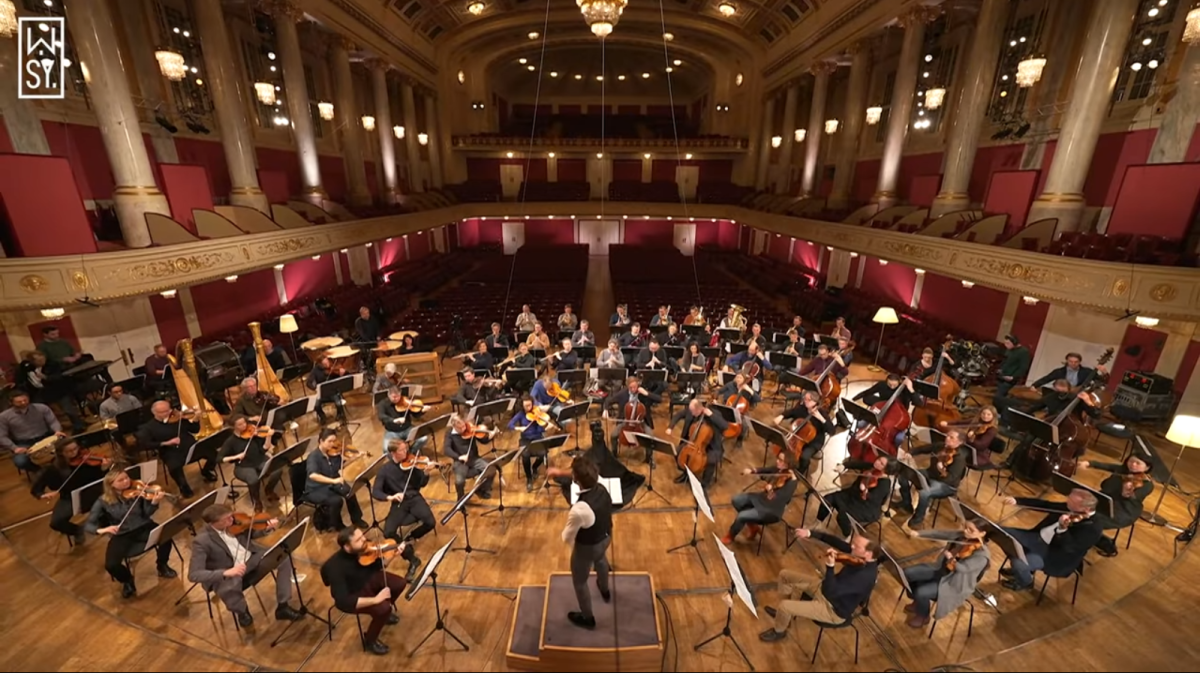 Lorenzo Viotti and the Wiener Symphoniker at the Konzerthaus. (Photo: YouTube/Screenshot)

The same might be said of the Strauss waltzes and polkas, which lack that extra punch – perhaps because the Wiener Sängerknaben make the Matrosen Polka and Seid umschlungen, Millionen waltz sound a bit too “harmless” and “chaste.” Especially when put next to Ravel’s La Valse, the ultimate deconstruction of this dance form. Ending with an eruption that shakes the foundations of the Wiener Konzerthaus.

But the concert is a fun affair to watch, with everyone on casual behavior: no black ties, no pretentious flower arrangements. Just people sitting on the podium having fun. And probably capable of more “fun” if someone let them. 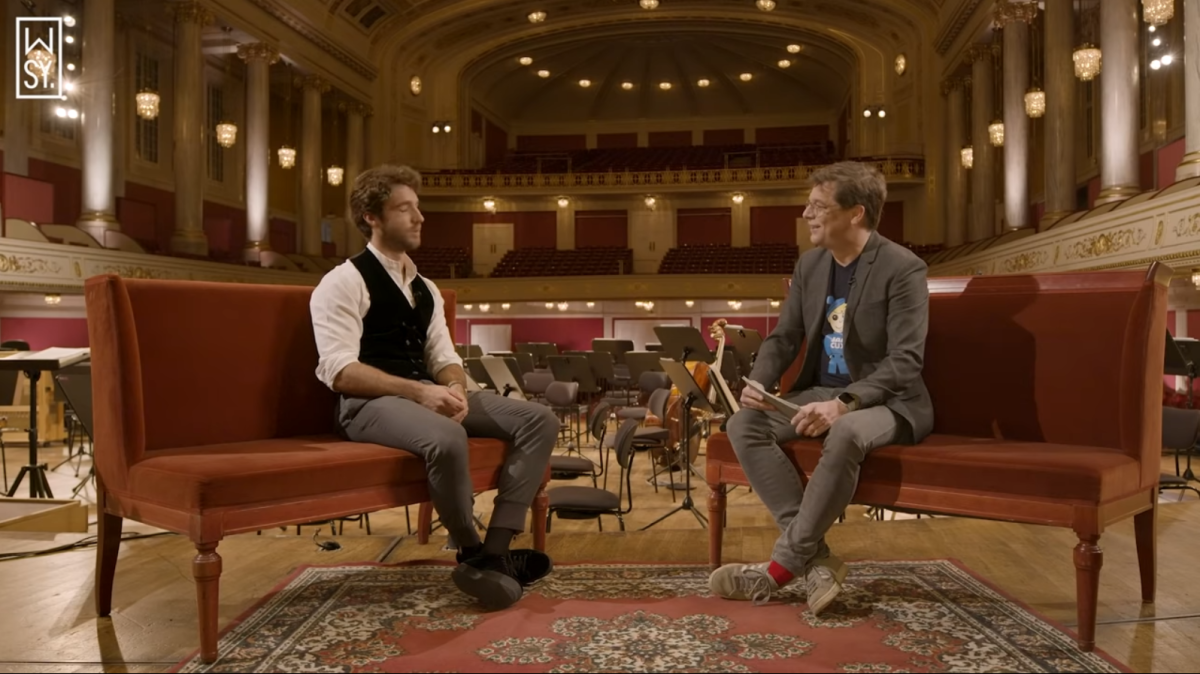 Having interviews in between is great. However, it would have been even greater to hear more substantial stuff than where the Vienna boys choir has sung in the past (China etc.), and a few more critical questions as to what it actually means to have the “Vienna waltz” in your blood: What difference does Viotti “feel” between a Lehár and a Strauss waltz? What does he think of the Merry Widow and other operettas beyond a concert overture? Is “carnal” music something that interests him as a young man living in 2021? 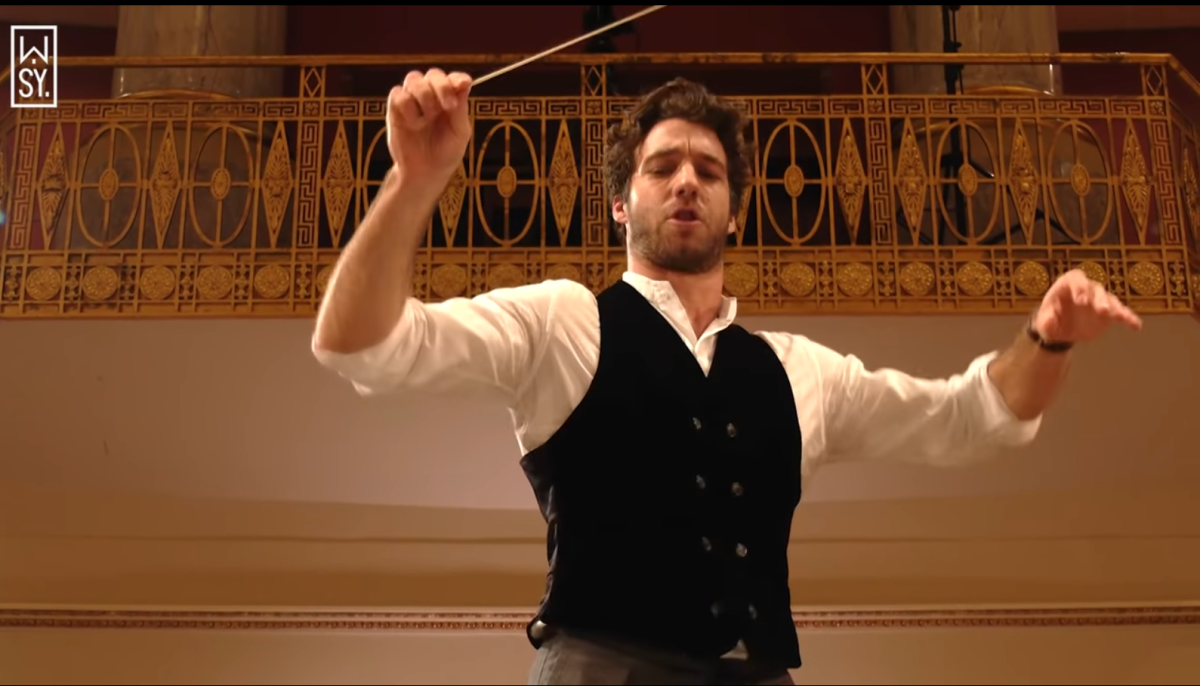 Maybe Mr. Viotti will express his sentiments in greater detail one day. The fact that he’s with the influential Hilpert Artists Management probably means that we’ll get to see and hear a lot more of him in the future. Maybe he’ll use the current lockdown time to listen to a few historic operetta recordings and learn from the masters themselves: how did Lehár and Kálmán conduct this type of music? (For a review of the 1940 Kálmán concert conducted by Kalman, click here.) How did the original Danilo and Hanna in Lustige Witwe sound? (For theremastered CD release, click here.) And how could Lorenzo Viotti work with such knowledge if he conducts the whole show one day – hopefully not with Annette Dasch?

Till then, enjoy the “Living Room” concert with Lehár, Strauss and Ravel on YouTube: