Offenbach and “The Hispanic Vogue”? As it turns out, there are two interesting new recordings out on Palazzetto Bru Zane with opéras bouffes that are either set in Spain or use Spanish flavored music: the popular La Périchole conducted by Marc Minkowski with Les Musiciens du Louvre and the late Maître Péronilla conducted by Markus Poschner with the Orchestre National de France. 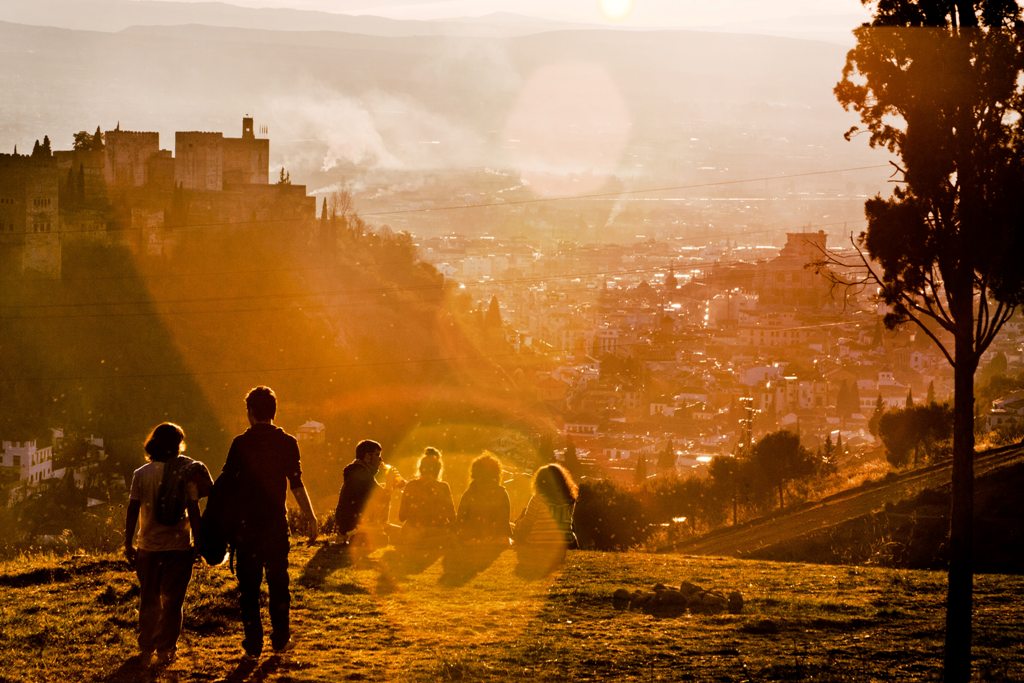 If you had asked me beforehand I wouldn’t have guessed that Mr. Poschner was such as great Offenbach conductor who brings a decisive drive to the 1878 score that is refreshing. Very refreshing actually. There’s a bounce in the rhythmic accompaniment and an almost manic brilliance in the many ornaments that make the mostly unknow music sparkle. And the live recording from the Théâtre des Champs-Élyées (from June 2019) has real body, which, by comparison, the Minowksi live recording from the Opéra de Bordeaux (October 2018) does not have. As a matter of fact, it often sounds dry and dull, especially when you are used to the overwhelming impetus Igor Markevitch brought to the score on the old EMI recording (1959).

Some might value the different approach as a unique new way of looking at the score, but I was irritated by Mr. Minkowski throughout for his choice of tempi and the absence of a fuller sound with depth and oomph. And an inabiltiy (or conscious decision not) to send Offenbach’s finali into overdrive.

Mr. Poschner is definitely closer to the Markevitch ideal, only lacking his seniors ability to tease the more sentimental elements out of the show’s big waltz “Mon coeur, prenons courage, fault-il gémir toujours!” from the act 2 finale, which is also a central tunes in the overture and handled here almost off-handedly, devoid of longing.

The Girl With Two Husbands On Her Wedding Night

Maître Péronilla tells the story of a young girl called Manoëlla who ends up marrying two husbands: one who is old and ugly and super rich and not loved by her, and another who is poor and attractice and everything she wishes for, a typical Offenbach “breeches” role. But since bigamy is illegal in Catholic Spain everyone is arrested by the end of act 2, before things clear up for a happy ending.

In many ways, it’s a madcap love-and-marriage farce. With some extreme characters who should be as funny as can be – most importantly the evil aunt Léona who is the original reason for Manoëlla’s separation from her attractive music teacher Alvarès. (Who Léona wants for herself.) However, the farcical element is not really in the foreground in Poschner’s reading. And not coincidentally, Gérard Condé asks in the booklet whether Maître Péronilla is more opéra-bouffe or opéra-comique. If ‘comique’ means less zaniness and slapstick and more lyrical beauty that goes on and on without any particular reason, then this recording is certainly aiming for the opéra-comique ideal that so many Offenbach fans subscribe to. 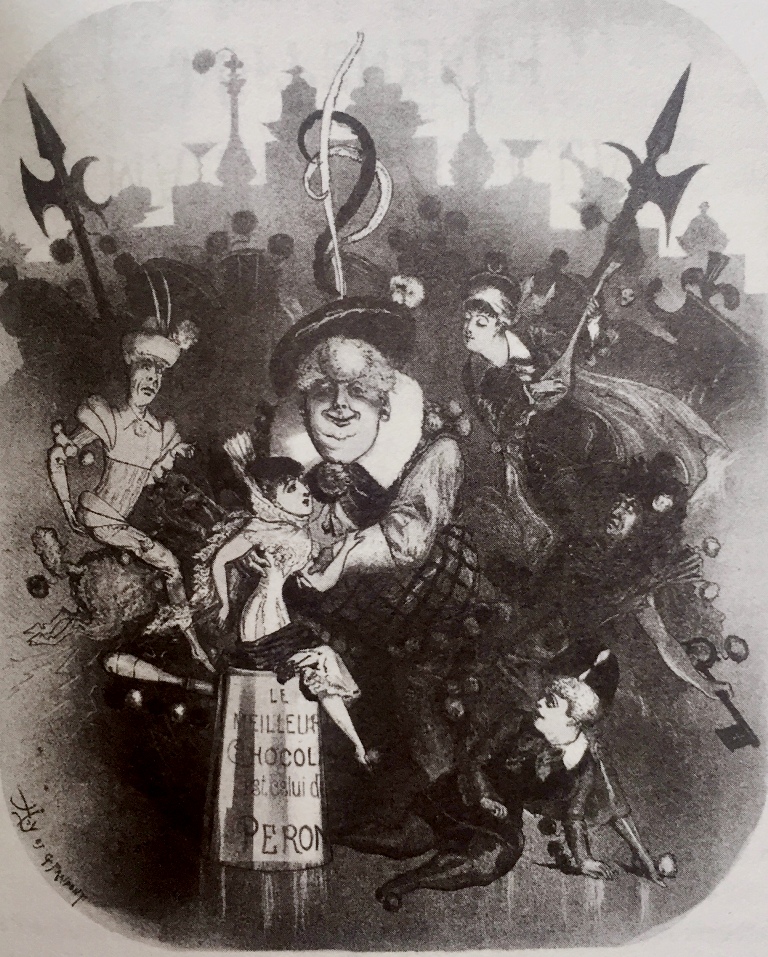 But if you look at the way the show was marketed back in 1878, i.e. the image used on the original poster, then it’s clear that the ‘bouffe’ element and the kinky aspect of having two husbands on your wedding night was a major attraction. Actually, the original title was supposed to have been Les Deux Maris de Manoëlla. And there are various “naughty” songs, for example the big solo about Pedro and his “castanets” which make such a pretty noise that every “pretty girl” prefers them to other things in the gentleman they chooses. On this new recording you would not guess that there might be a double entendre in the lyrics.

These lyrics are by Offenbach himself, and thought the words sit well on the music, he’s not the best constructor of dramatic action, simply because he’s constantly busy inserting another great song or duet. Which is a shame, because the action and dialogue seems to not really play an important part here, though some of the cast members give good character performances, most notably François Piolino as the old-and-ugly Don Guardona (husband no. 1) and Raphaël Brémard as the fooled notary who weds the wrong people, and does it twice by accident. 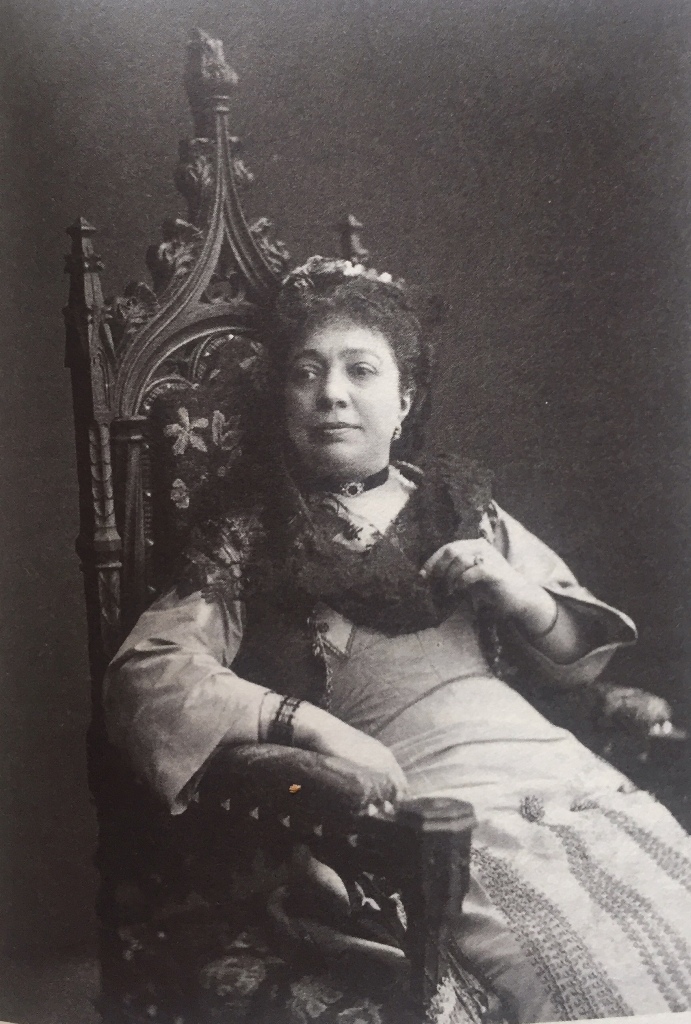 The real character role, above all others, is aunt Léona, taken here by Véronique Gens. That’s stellar casting, but her voice doesn’t sound too funny or good or stellar in this role. Maybe she made more effect on stage, but if you only hear her, you’d never guess that this was anyone special. Which is a shame.

The special singing comes from the second breeches role, Frimouskino, a good friend of Manoëlla and Alvarès. It’s superbly executed here by Antoinette Dennefeld who delivers the vocal highlights of the score. Next to her, Chantal Santon-Jeffrey as husband no. 2 (Alvarès) sounds slightly strained throughout and especially at the top, and the young heroine everyone is lusting after, Manoëlla, is a touch heavy as sung by Anaïs Constans. But all three together make a marvelously wicked trio that keeps things moving forward. 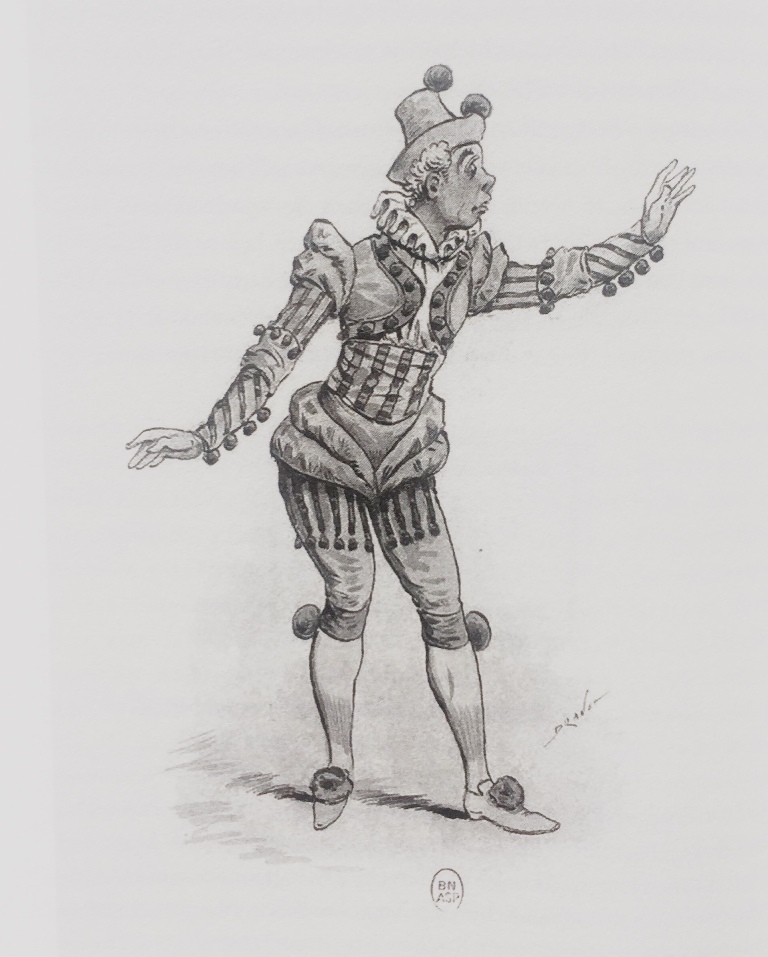 The music itself is a joy from start to finish. It speaks for itself, almost like isolated show stoppers (e.g. the Malagueña solo in act 2), instead of truly dramatic or integrated music. Which makes it easy to digest in the form of a double disc set.

If you read the libretto closely, or what’s left of the dialogue here, you realize that there are many interesting dramatic situations for which Offenbach-the-experienced-writer created interesting musical numbers. But this is not a performance that brings out the ‘drama’ of the piece, instead focusing on the beauty of the score. With real French voices, at least. (A blessing!)

Not Ashamed Of His Profession

What’a interesting about Maître Péronilla on a meta-level is the fact that the title role in a “marchand de chocolat,” i.e. a chocolate merchant and maker. Offenbach, in his own lyrics, uses this character to defend a trade that gives sweet pleasure to the world and makes money in doing do. He has Pérnilla say to his sister Léona who looks down on such a “vulgar” occupation:

(And why should I be ashamed to have made the foodstuff to which I owe my income, my freedom, two houses in Madrid, and this desirable villa just outside the city gates?) 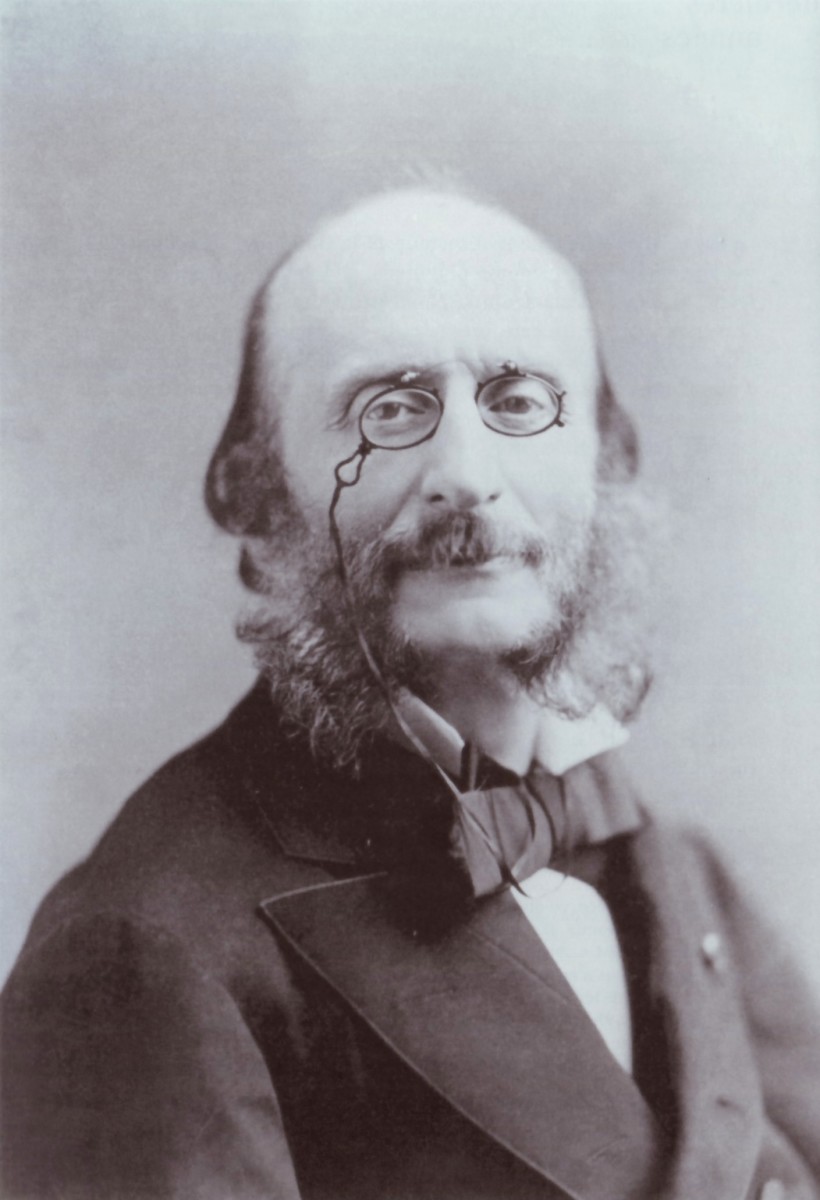 It’s interesting to analyze this as Offenbach’s way of defending his trade as an operetta composer, and summing up his life’s work in 1878.

Of course, La Périchole doesn’t need new sparks of interest, it has always been a favorite. The casting on this album is often refreshing, I particularly enjoyed the tenor of Stanislas de Barbeyrac as Piquillo. The rest come across as slightly under characterized. Especially Aude Extrémo in the title role is too busy singing with a luscious mezzo instead of playing with words. Why Mr. Minowski opted for such a voice in this project – or differently put: why he hasn’t worked with the singer to make her do other things – is beyond me. As is the hysterical laughter of the three cousins.

The version performed here combines the 1867 two act edition with the 1874 revival version in three acts and four tableaux. It’s similar to what Mr. Minowski did with Orphée (on record) where he also picked bits from the various versions and created his own ‘new’ one. (Let’s hope he gets extra royalties for this!)

Both CDs are attractively packaged, with interesting essays, photos and background information, and the full text in French and English. 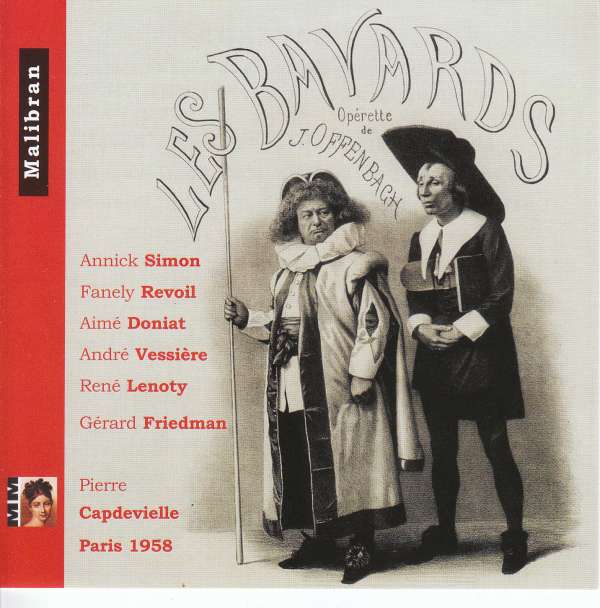 Cover for the CD of “Les Bavards” by Offenbach with Fanely Revoil.

If you can’t get enough of the “Spanish” flavored Offenbach, then you might want to give his early Les Bavards (The Chatterboxes, 1862) another go: there are two superb recordings, one conducted by Marcel Couraud, and an older one conducted by Pierre Capdevielle. Fanely Revoil is the chatterbox from Zaragoza on the latter, and as an Offenbach interpreter in a different league altogether. It’s worth remembering why she is so good so a younger generation (and even someone like Véronique Gens) can learn from her. It’s worth the effort!