In 1980, the classical music world marked the 100th anniversary of Jacques Offenbach’s death. And for this greatest of ‘life affirming’ composers – perhaps second only to Mozart – the 200th anniversary of his birth in 1819 comes around next June. Yet compared to the festivities of 1980, hardly anything is being done for 2019. 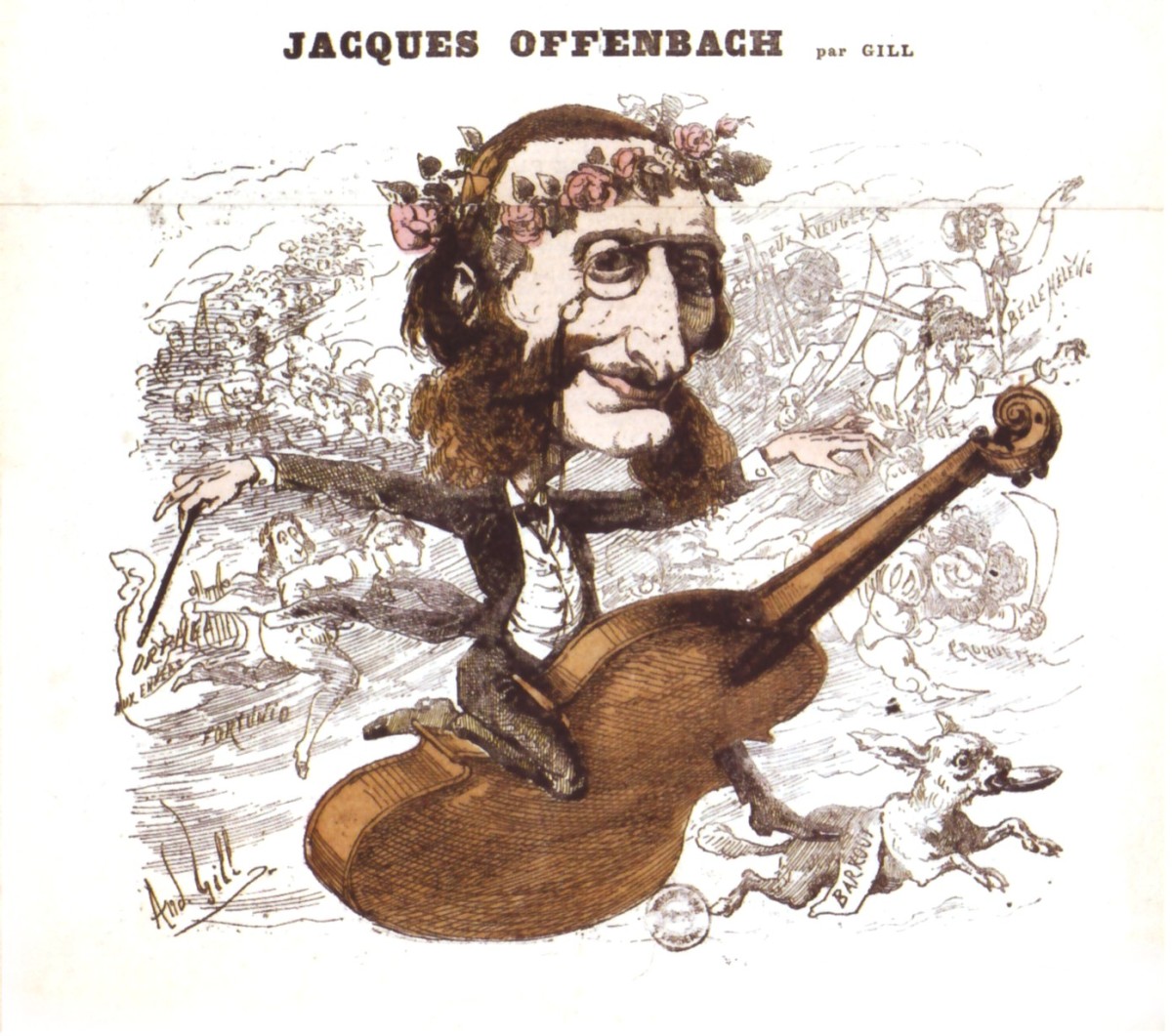 Part of this is that recording music was profitable back then. These days, people aren’t accustomed to paying for their recorded music. But still, I wonder if more is going on. The decade which 1980 marked the end of, the 1970s, was a much more ‘Offenbachian’ decade than anything we’ve seen since. For lack of a clearer description, the 70s were simply much more fun than what we’ve endured in the last decade or two.

I was young in 1980, turning 25. But I well remember all that went on, and all over the place. London, in particular, seemed to have all sorts of premieres of things that hadn’t ever been put on. Not just records, but fun productions of wonderful shows.

Even better, it seemed as if a starter gun went off in 1980. In the years after, there was an explosion of Offenbach shows. In just San Francisco there was – and still is – a company called Pocket Opera. The leader, Donald Pippin, still active today in his 90s, went to all sorts of ends to find, scores and texts of shows he’d then translate into witty, colloquial English, available through the Stanford University Library. Wonderful shows like The Princesse of Trebizonde, The Bridge of Sighs, Les Brigands and Bluebeard to go along with the more famous shows like La Vie Parisienne and Perichole.

He almost took these as starting points. Lovely shows from his time, like La Fille de Madame Angot (a gem that can’t be praised highly enough), and  Flotow’s Martha (the two were friends, and that charmer is also one that can’t be done enough). He even delved into the massive number of one-act works: The Cat Who Changed Into a Woman and M. Choufleuri Restera Chez Lui (this last one of the funniest takes on nouveau riche and loving parodies of bel-canto opera you’ll ever smile and laugh your way through) joined more famous one-acters like Ba Ta Clan. 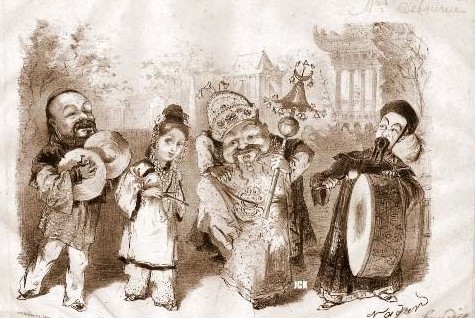 But these days Ba Ta Clan is the name of a music club named after the Offenbach piece in 1864 but where 89 people were killed in a terrorist attack in late 2015.

And this goes back to my earlier argument: the world is just not much fun as it was. Yes, there were terrorist outrages and bloody civil wars in the 1860s. And yet popular music went against this: people went out of their way to have fun in public.

In the 1970s you still had that style of life. But today, if people have fun at all, it is more than likely done alone in a darkened room.

San Francisco’s Pocket Opera has just announced its 2019 schedule. I was hoping that it would be full of Offenbach and the shows of his time: which have always been popular. And yet only The Tales of Hoffmann is on. Not to castigate Offenbach’s most successful opera – it is a very great one – but it doesn’t quite have the Offenbachian spirit that his operettas shine forth with.(Two other offerings next year include Elixir of Love and Barber of Seville: as great as they are, they can be seen all over the place. Only Smetana’s little-known Two Sisters bids fair to take the lesser-known slots that Offenbach’s works used to fill to the brim, and truth to tell, it’s not even all that fun, or funny.)

Last year Tufts’ professor Laurence Senelick wrote a wonderful book about Offenbach and the ways his outlook has influenced art of all kinds in the last century, Jacques Offenbach and the Making of Modern Culture. He quotes the enormously influential, profound, and witty Viennese writer Karl Kraus on what made Offenbach’s operettas so special, and in words that cannot be read often enough:

Kraus saw himself as Offenbach’s impassioned champion, preserving his Mozartian buoyancy against the amateurishness and smut of the modern stage. In grand opera, claimed Kraus, the ‘psychologized’ motivations of the characters are incomprehensible and ripe for parody. Operetta, on the other hand, is a ‘no-man’s-land which is fantastical, but never topical, and which has its own immutable norms and forms which banal common sense cannot shake loose.’ Its art, like dreams or “chaos without causality,” need not conform to the laws of reality or verisimilitude. It is a form of intellectual abstraction and self-evident fancy akin to fairy tales. The magic of Offenbach’s melodies has an almost expressionist ability to telescope time and space and provide a logical conclusion in the irrational.’

In today’s world, we need the bracing wit of Offenbach more than ever. Why, oh why, is he missing from the worldwide stages next year?

At the very least the Ohio Light Opera should be paying homage as an Offenbach celebration in the USA. Their public schedule hasn’t been announced, so maybe they’ll do their bit to plug the gap. 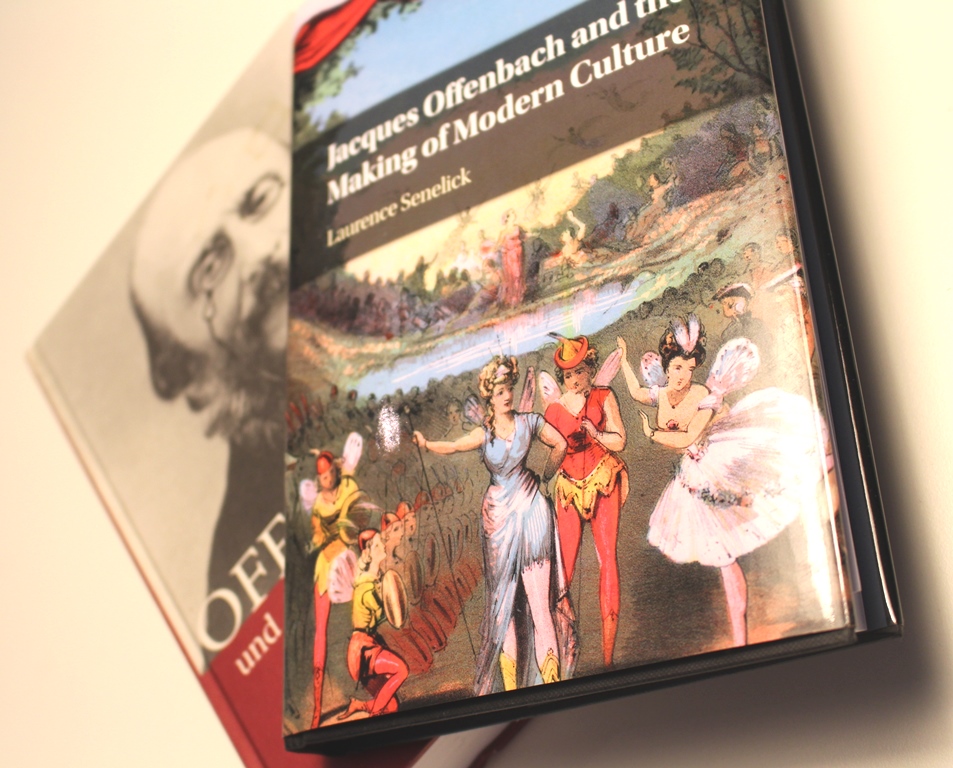 “Jacues Offenbach and the Making of Modern Culture” (2018) by Laurence Senelick, together with the ground breaking “Offenbach und die Schauplätze seines Musiktheaters” (1999).

About the author: Chris Weber learned he had a talent as an investor at age 16. Since then he’s been able to travel around seeing productions of shows that are far too-little known and appreciated. He writes the investment letter Weber Global Opportunities Report and also manages money.