A modern-day operetta about two gay men and their relationship troubles manages to draw in crowds: Operette für zwei schwule Tenöre by Florian Ludewig (music) and Johannes Kram (text) is currently back for a third (!) en-suite season at Berlin’s BKA theatre, a fourth season in the fall has already been confirmed. And an entirely new production with a novel cast is scheduled for May 2023 in Trier, with real-life husbands Daniel Philipp Witte and Tim Stolte. 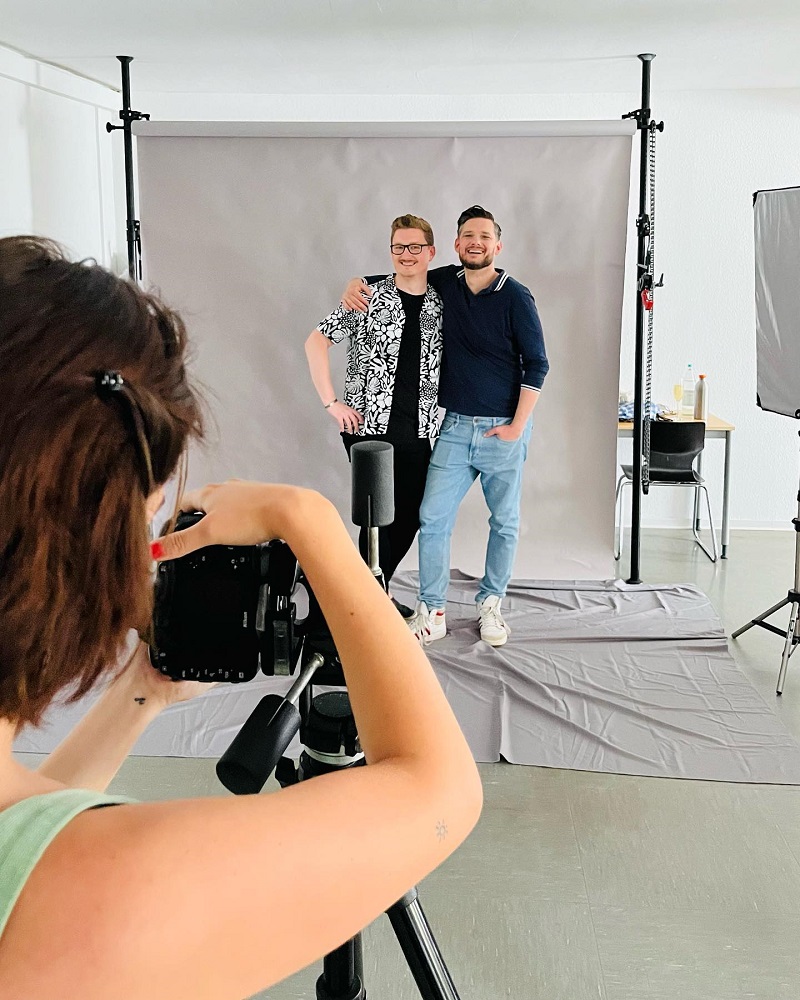 The intimate show with two leading men and a chorus of three has managed the seemingly impossible, fusing the supposedly ‘old fashioned’ operetta formula with very up-to-date themes, in this case homophobia in rural Germany and the desire for young gays growing up in the country to escape – while at the same time a queer from the city wants to break free, leaving the drug and sex infused LGBT lifestyle of Berlin behind, moving in the other direction and to the country.

How can a relationship between such contrasting characters work? And what kind of songs can the characters sing when they examine their partnership musically? Composer Florian Ludewig has written easy-on-the-ear melodies that work well in sharp contrast to the bitingly satiric lyrics of Johannes Kram. And the two tenors who play “Jan” and “Tobi” – Ricardo Frenzel Baudisch and Felix Heller – deliver these musical gems with an ease and with such vocal glamour that it’s actually a shame no cast album has yet been made. (They sing over a large orchestral playback with lush orchestrations.)

After their harmonious partnership falls apart, Jan and Tobi sit down before the audience and ask point blank: why are we telling our story as an operetta? Answer: because we like happy ends. But does that mean they, too, will find a way back together and experience their own happy end, after everything that’s gone wrong? (Which they tell the audience in a series of monologues.)

Kram and Ludewig go joyfully “meta” here and bring things to a conclusion with both men singing: “No one gives a blow job quite like you!” Of course full operetta style, as a homage to the Lehár hit “Niemand liebt dich so wie ich.” Just like earlier, Lehár’s “Gern hab’ ich die Frau’n geküsst“ was turned upside down and made into a gay anthem about rather not kissing women, however tempting that might seem at first. 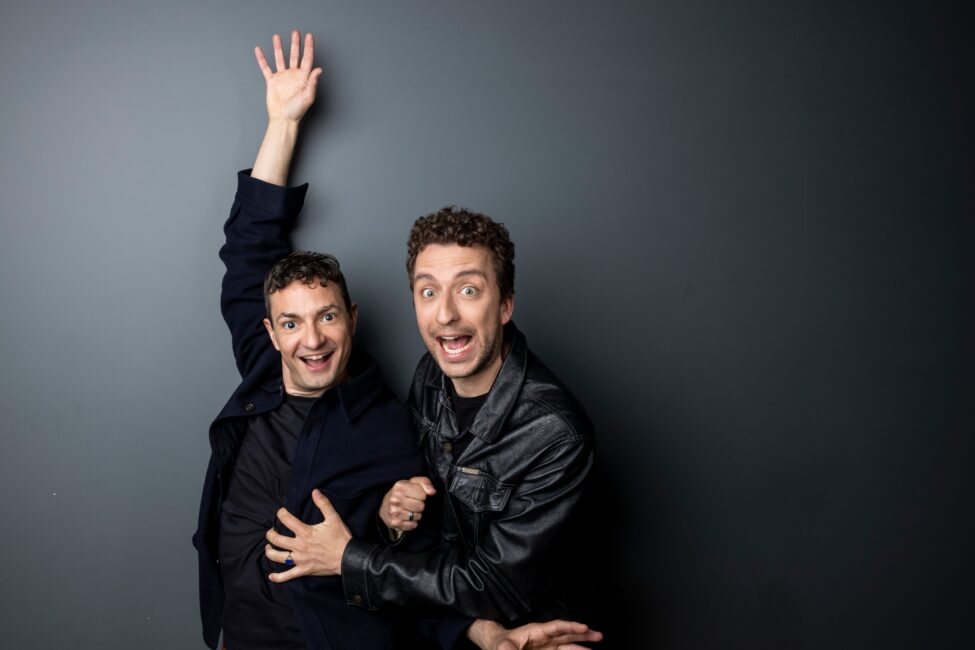 The fact that Kram and Ludwig have put a gay love story center stage here, unapologetically, is a first in the history of operetta and goes a lot further than Julien Nitzberg and Roger Neill did in their (wonderful) 2006 operetta The Beastly Bombing, where the two gay characters where embedded in an ensemble of multiple (terrorist) couples.

Operette für zwei schwule Tenöre has been so successful and has been playing so continuously, that the makers have started double casting roles. To be prepared for someone falling sick. This week the young student Manuel Nobis from the Universität der Künste (UdK) joined the team. He’s studying “Musical/Show”, and recently appeared in the new Thomas Zaufke/Peter Lund musical at Neuköllner Oper. To see such a talent step into an operetta wihout any fear and seemingly enjoy himself on stage with this genre is a wonder to behold. And he’s dashing beyond belief! 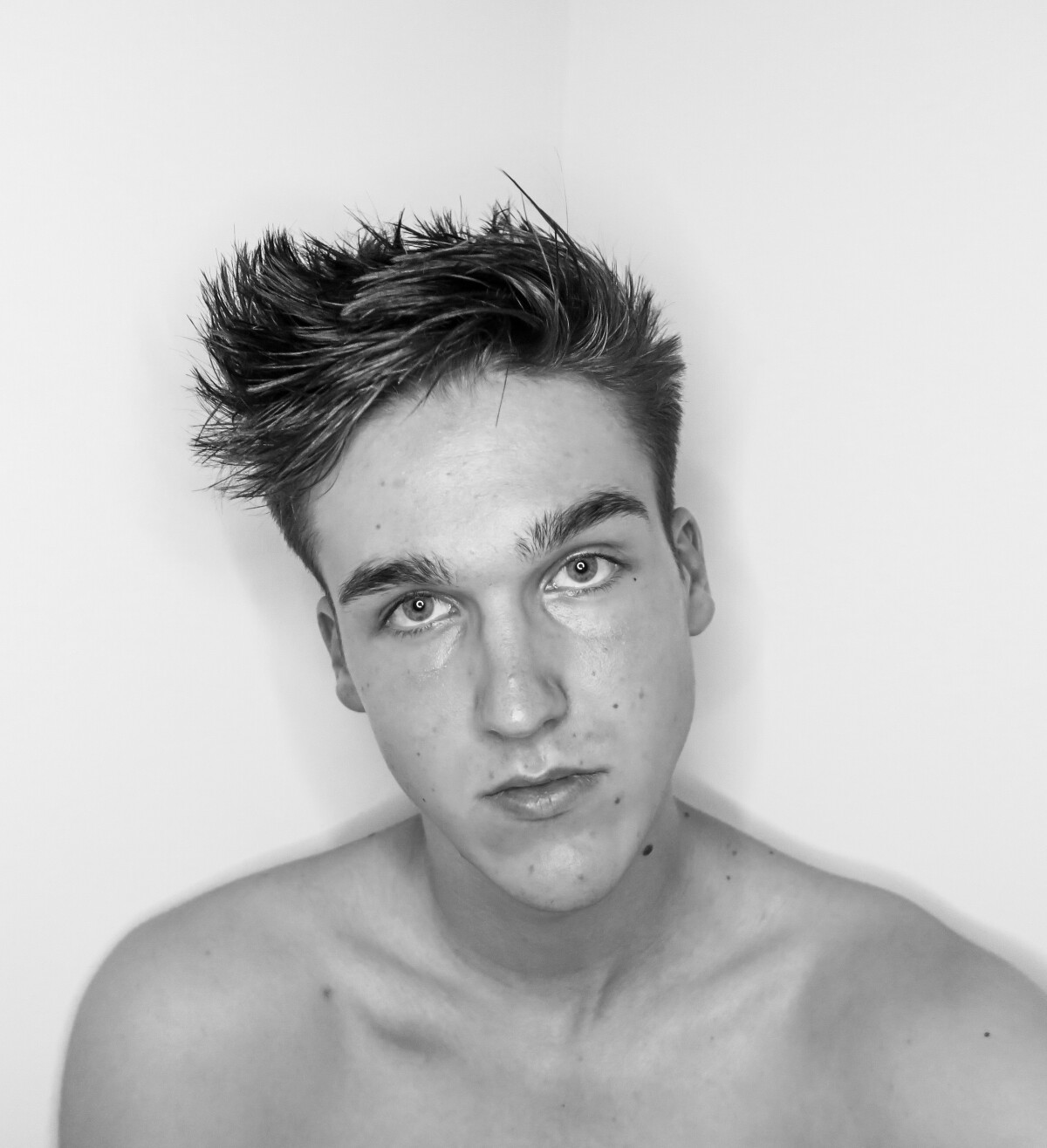 It would be lovely to see more musical theatre people cross over into operetta land at such a young age. And show that this ‘old fashioned’ genre is not only for pensioners. But for everyone. And that it deserved youthful impulses, just like Jonas Dassler and Vidina Popov injected operetta with youthful charisma at Gorki Theater in Spoliansky’s Alles Schwindel or Katharine Mehrling did in Abraham’s Ball im Savoy. (To name just two examples.)

By the way, established operetta tenor Ricardo Frenzel Baudisch (who sings regularly at Bühnen Baden and the Lehár Festival in Ischl) contrast in a fascinating way with Felix Heller and his more Broadway-style approach to the genre. Their voices match charmingly, and their personalities make the clash of big city vs. small town in the country extra believable. And relatable. And touching. 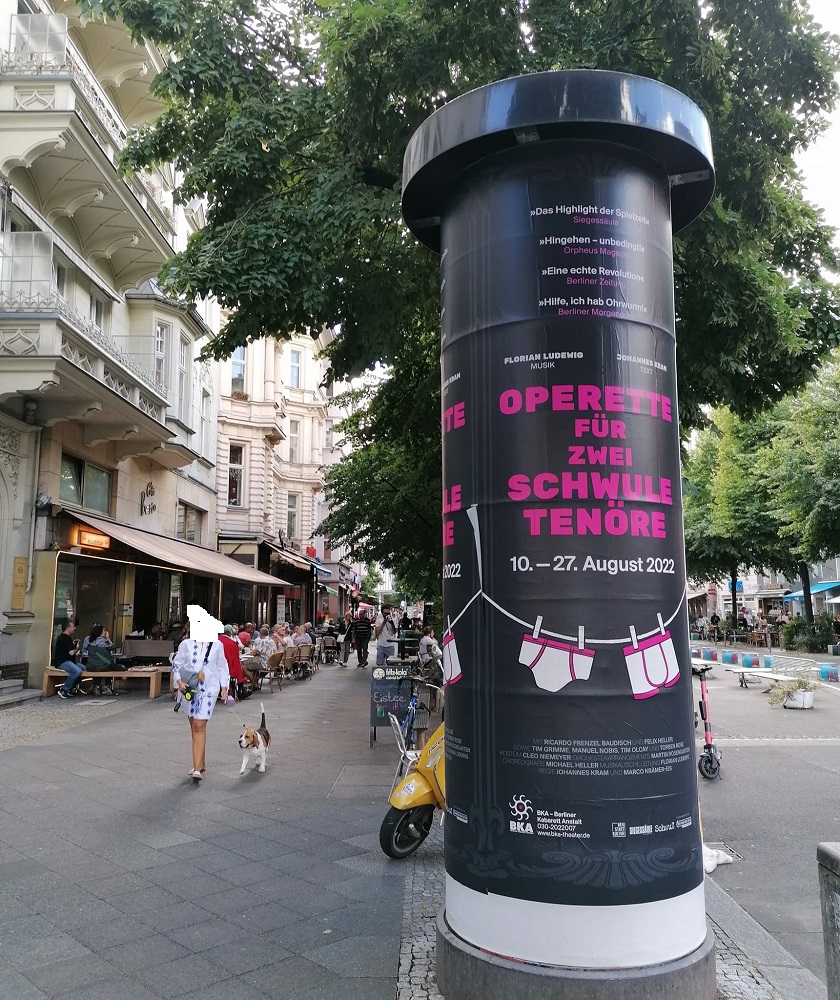 In short: the current run of Operette für zwei schwule Tenöre is a must-see. And the fact that there were so many women in the audience, young and old, is an indication that you don’t have to be gay to enjoy this show. It deals with universal issues that affect everyone. It shouldn’t be difficult to transpose the show to other cities or regions of the world.