You didn’t seriously think we’d leave this one out, did you? The Rüdersdorfer Sommeroperette is presenting the White Horse Inn right now, and as an unusual casting coup they have well-known Schlager-star Patrick Lindner as the Emperor Franz-Joseph. Lindner is one of the few openly gay bards in the business, and for this production he’s brought along a gay “Schuhplattler” group from Munich. 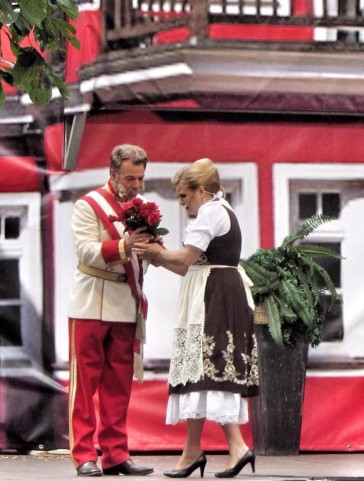 The productions of the out-door summer festival are low budget events, the charm lies in the lovely atmosphere of the garden-by-the-water in the industrial town of Rüdersdorf, near Berlin, where there is a giant pits. The operetta event is actually part of the industrial museum park. (But you don’t see the pit from the garden, sadly.)

Last year, the direction tried presenting a Socialist Operetta by Gerd Natschinki, Messeschlager Gisela, but the East German locals did not take kindly to that. There was only one performance, and that wasn’t even sold out – even though it was a rather good production, all in all. This year, they wanted to play it safe and put on the ever-popular Im weißen Rössl. With a real star in the mini role of the Emperor: Patrick Lindner was lured to Rüdersdorf. And that sold the show: there are five performances, all of the full. Even big Berlin newspapers such as BILD and BZ reported on the event. And when I went to see it, last Sunday, the bus loads came even though it rained and everyone had to put on rain coats. It did not dampen the enjoyment. 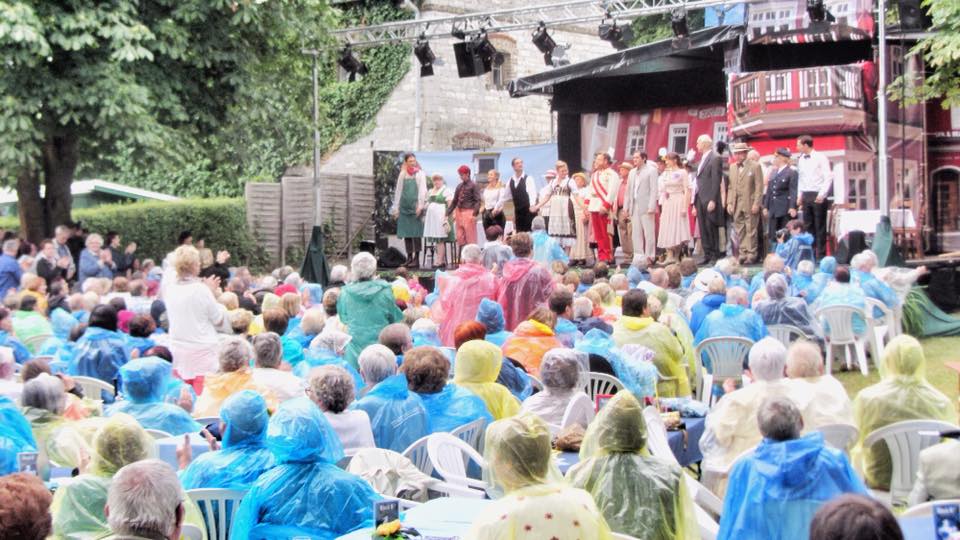 Of course, Im weißen Rössl is already a very “queer” show, you might even say a “gay” show. Though the role of the Emperor is usually not the one open for a homo-erotic reading. And Lindner doesn’t add any gay touches to it either. He arrives late in the performance, on a boat. Sings his one song (“Es ist einmal im Leben so”), getting most of the lyrics wrong. And doesn’t come back till curtain call to sing the title melody. His Schlager-style singing would have fitted well for roles like Leopold of Dr. Siedler. While Stephan Wapenhans – also openly gay – played a dashing and oftentimes very funny head waiter, Ansgar Matthes as Dr. Siedler was sadly very bland. Sadly, because he had a vivacious Letizia Thate as Ottilie, and she would have deserved a more funky partner.

Erwin Bruhn as Gisecke and the Tyrolean dancers in “Im weißen Rössl” in Rüdersdorf. (Photo: ORCA)

The entire production worked much better than last year’s Messeschlager, because overall the cast was fun to watch. Apart from Wapenhans and Thate there was Ilonka Vöckel as Josepha Vogelhuber, who acted well, but sang her numbers like Mozart concert arias, which took a bit of getting used to. Erwin Bruhn as Gisecke got the local Berlin accent absolutely right. And it was amusing to see how all those typical Berlin jokes resonated with the East Berlin audience, even in 2015. It just proves that the book for White Horse Inn – by Hans Müller – is as fresh and marvelous as ever.

Usually, the chorus and extras in Rüdersdorf are cast from local old people’s dance groups. So I have to admit that the Tyrolean dancers stood out, right away. I was not aware, though, that they were a gay formation especially imported from Munich, by Mr. Linder himself. I read about that the next day on the website queer.de and thought: ‘That explains to dashing Lederhosen and great bodies.’ Even though their actual slap dancing was not something to write home about, they brought a bounce to the afternoon performance that was good for the show. 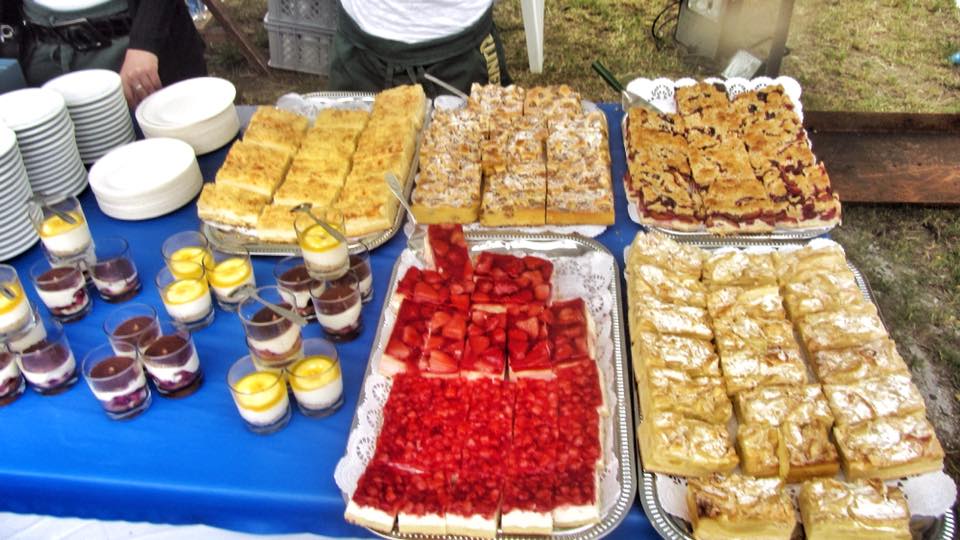 The cake selection at the Museumspark Rüdersdorf. (Photo: ORCA)

If you are interested in seeing a local production in a “Wirtschaftswunder Schlager style” (there are 1950s songs playing before the performance and in the interval) then you should try to catch the performances on July 17 and 19 (at 16h) or July 16 (at 15.30h). What makes a trip to Rüdersdorf and the Museumspark especially enjoyable is the fabulous cake selection.